It all started here ~

Back in 2020, furlough meant I had some time to mull over my projects. I'd just completed the Dynatech Endeavour #1 and apart from the Klein, I was getting switchy about not having any future projects as the shelf was bare.
I wanted to try out a few ideas I would have liked to have done to the black "O" back in the day.
Potentially, I could have just tried these ideas out on my trademark build but I really liked the 'formulesque' direction this bike had taken and didn't want to unnecessarily take this apart as it's one of my favourites.

What I needed was a 2nd 17" Orange Aluminium "O" to try these ideas out on and a wanted Ad. was put out there....but I lowered my chances of scoring a 'twin' to my build by specifically asking for a Gen 1 or Gen 2 version.

Cheshire1980 was 1st up with a 17" frame to offer. After a great transaction - I was the proud owner of the infamous Iceman "O"
On delivery though, it soon became apparent that this prototype "O" was incredibly unique and it would be sacrilege to powder coat this black.
I decided that this will get a full restoration in it's orange and white fade so put this one aside and went looking for another.

A year later....the FS ads offer up a complete Gen 2 in Orange and White fade. Taking the plunge, I purchase the bike and pick it up at a Porsche swap meet near Bicester. It seems like the ideal candidate to build the twin...

Until Stoney_god posts a FS ad for a 17" Aluminium "O" that had already been powdercoated in Satin black. As a stalled build, this was the perfect basis.
This one is a Gen 1. Originally another one of Cheshire1980's stash of "O" - looking far better in it's repaint than when it was pulled in a sorry state from a Welsh garden.

The frame number is A91020015
This makes it number 15 from the 1st batch of Aluminium "O"
I've previously owned "O" #20 but this one being #15 is probably the Earliest production one known....unless someone has a lower number than this? 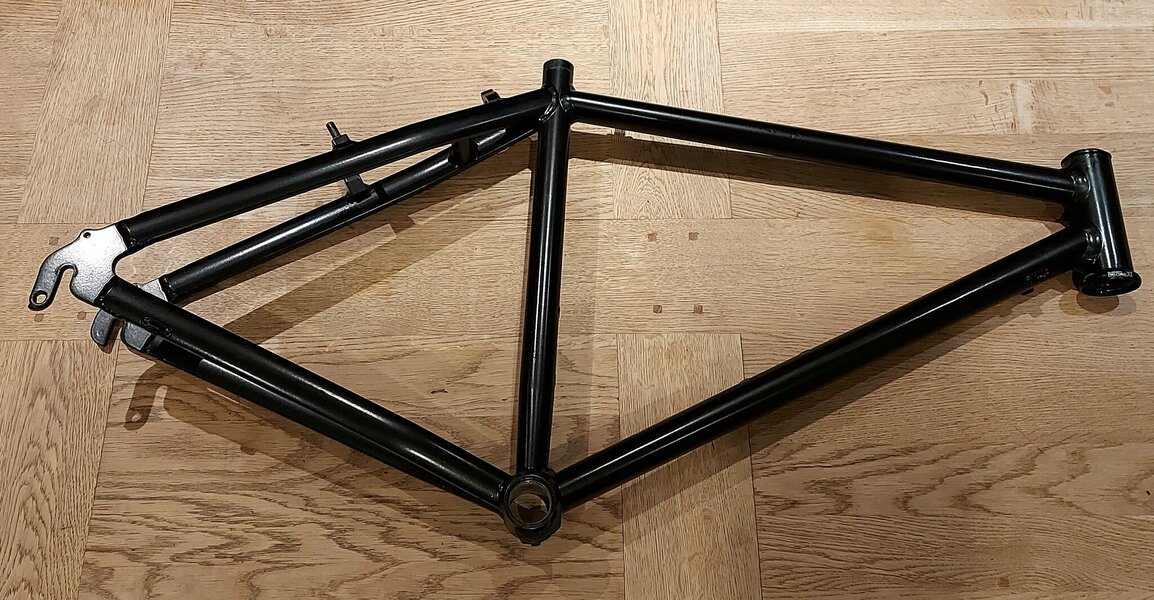 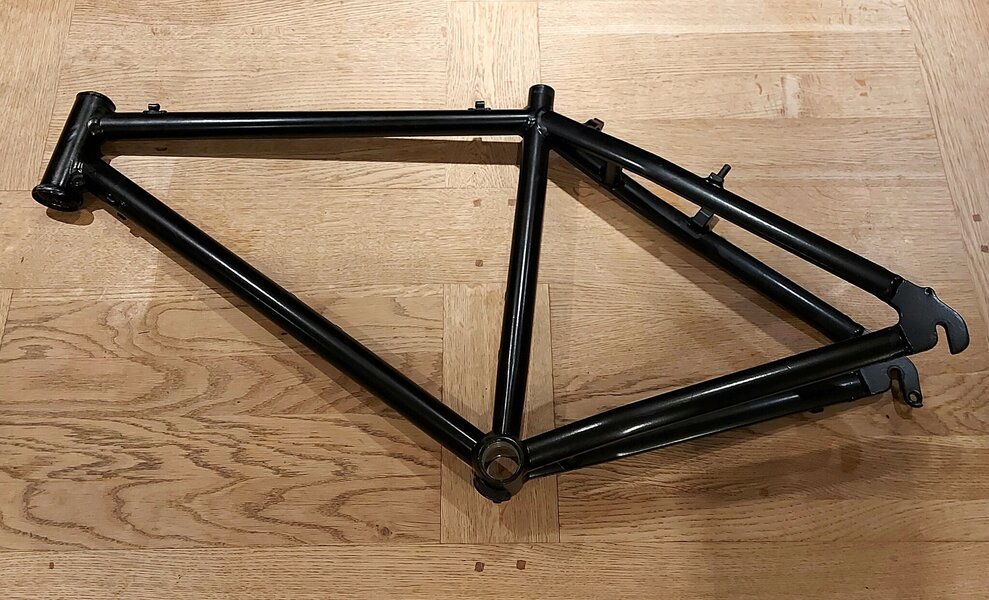 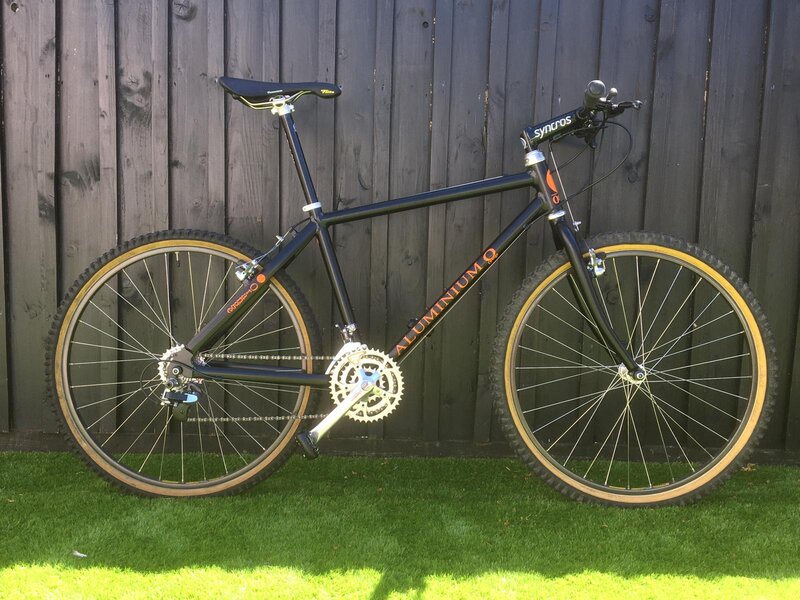 The Original. This is the one I didn't want to mess around with the format.... 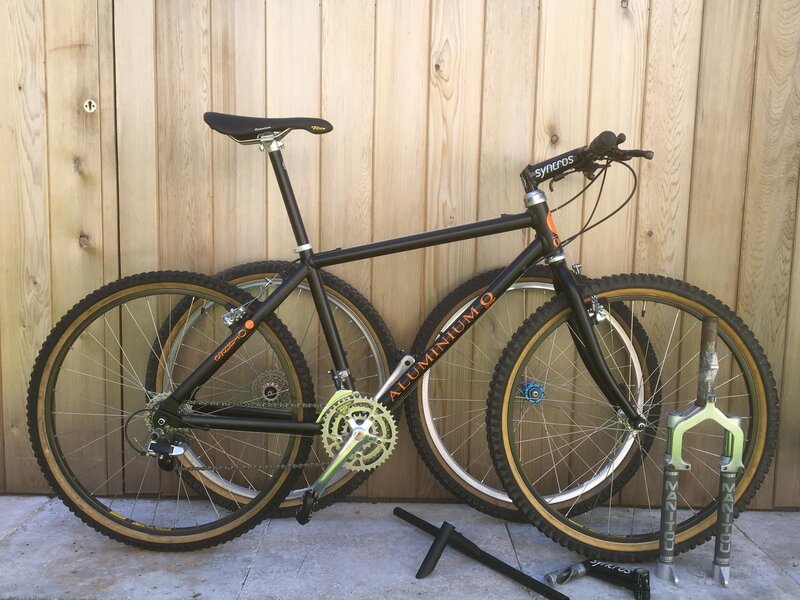 Thoughts around the original that started the wheels in motion. 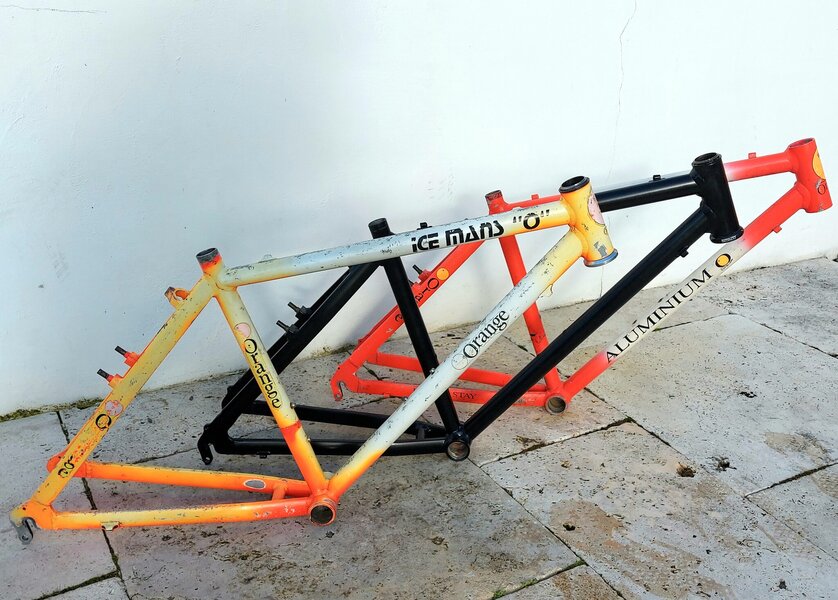 What started as another has ended up as 3! 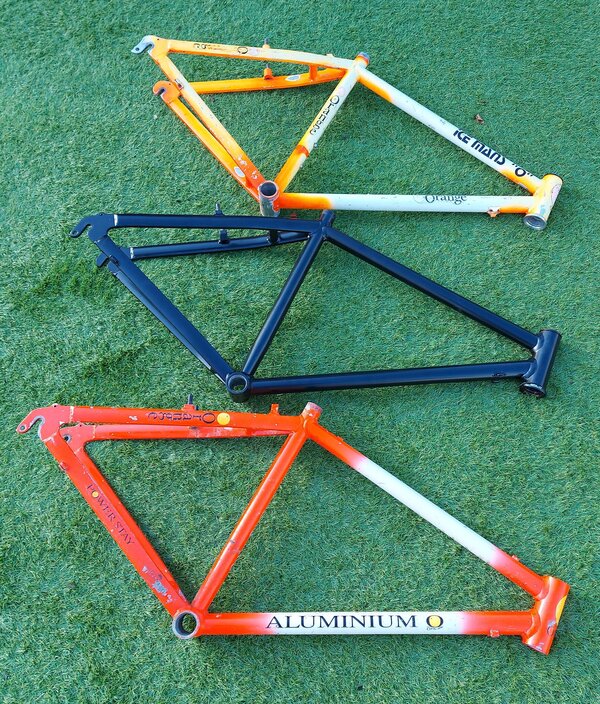 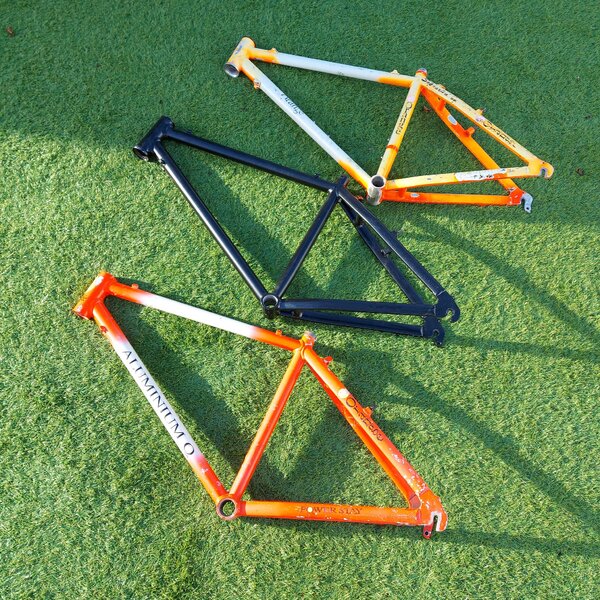 The Campagnolo Atek dark anodised on black Bullseye hubs on my Klein are one of my favourite wheelsets that I've build myself so far... so let's build another!
Maybe let's go even more 'stealth' and go black spokes and nipples too. 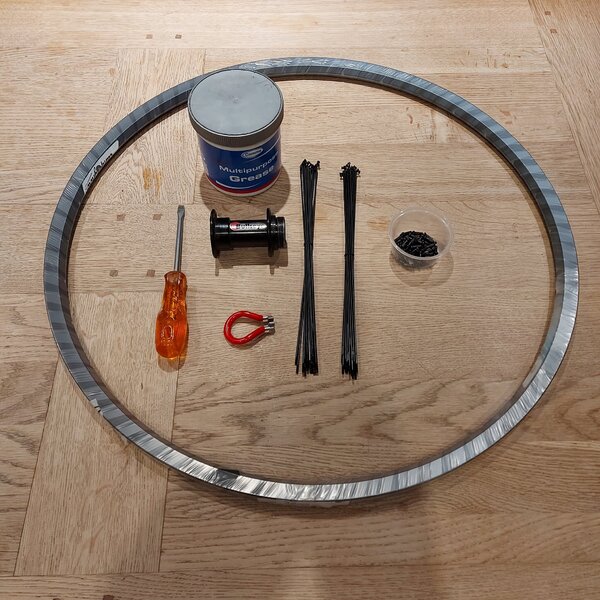 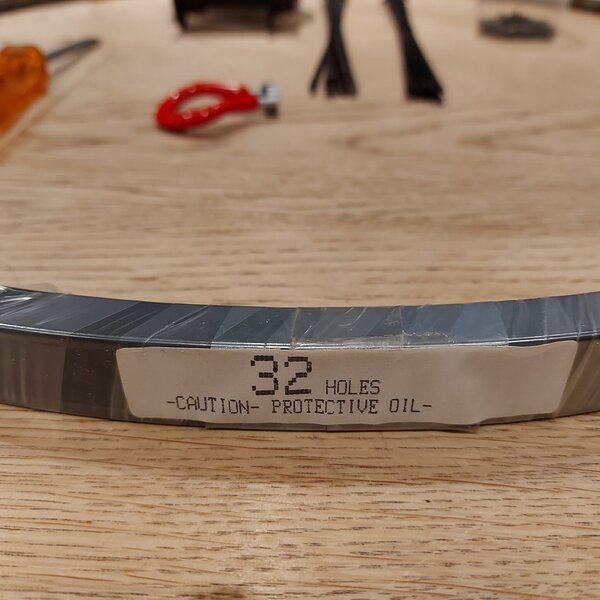 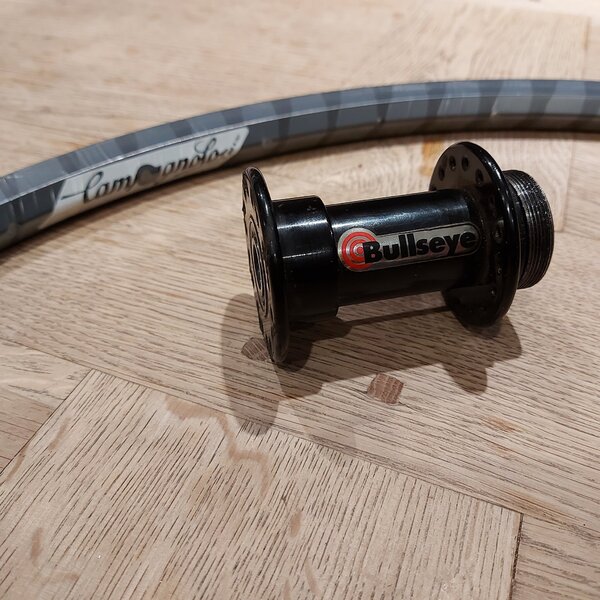 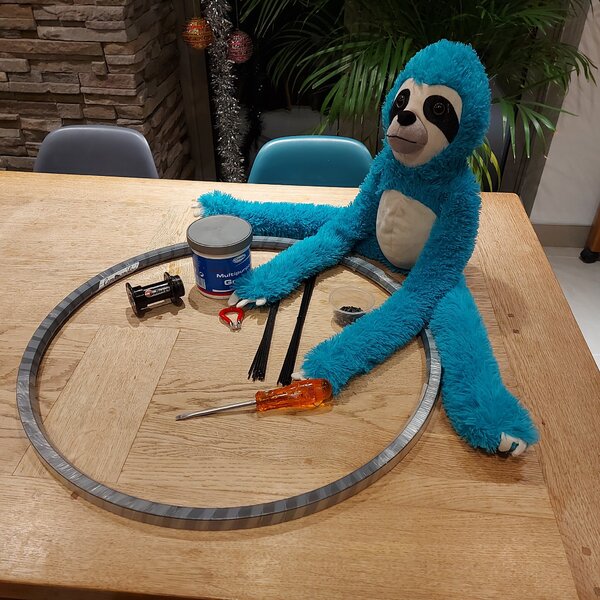 and a couple of tyre combinations to consider when fully built. 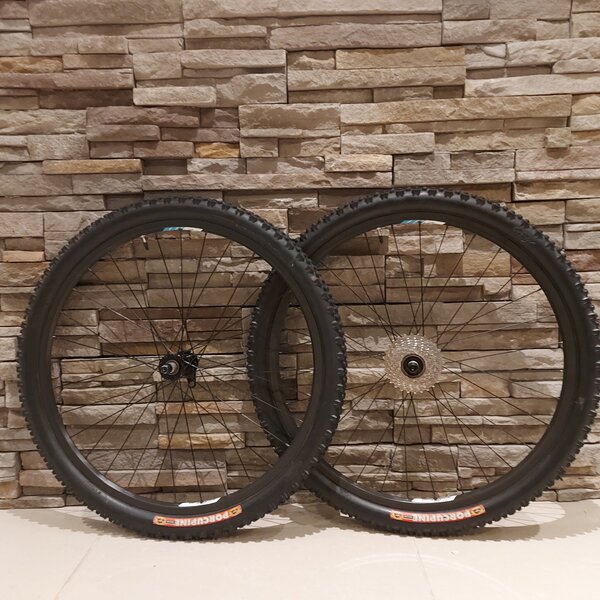 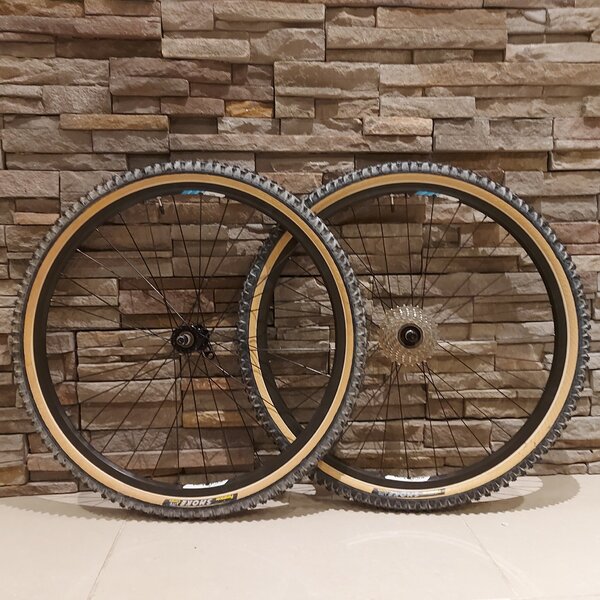 Going with Manitou 1's as the choice of fork.

After opening up the Manitou's I had stashed for this in 1 1/4" flavour.....I promptly found they had no internals whatsoever!

So a question to the forum here -

Manitou 1's - missing internals! What do the missing parts look like?

Hi all. 1st time having a go at a fork rebuild. Bought these Manitou 1's in an 1 1/4" flavour sometime ago and stashed them for a future project. I'm now starting on that project and have taken them apart to replace the internal with new elastomers. Expecting a gungey mess of deteriorated...

soon got me on the right track for what I needed for a rebuild. I settled on a spring upgrade kit from @fguki

www.retrobike.co.uk
Although I thought I'd got lucky, it turned out my fork lowers were full of melted Elastomer mush. The missing bushes turned out to be hidden in the mush too....but it did send me down the path of developing 3D printed replacements, something that I'm keen to continue now I understand how they fit when you put them back together!
What you think is a snapped Bush...is vital for the reassembly! 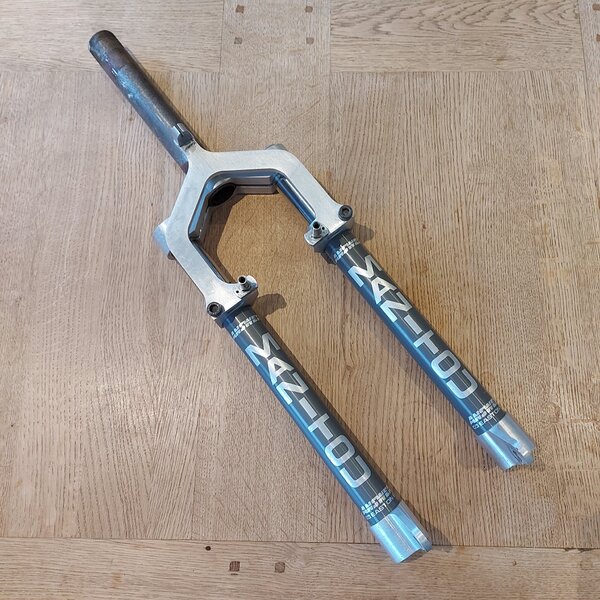 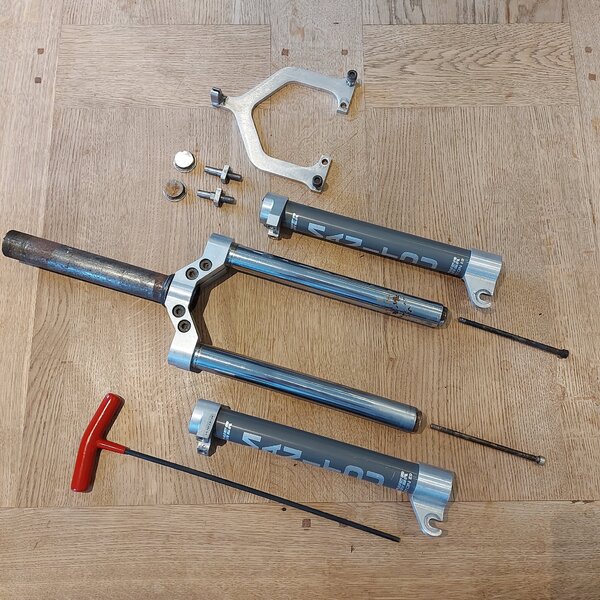 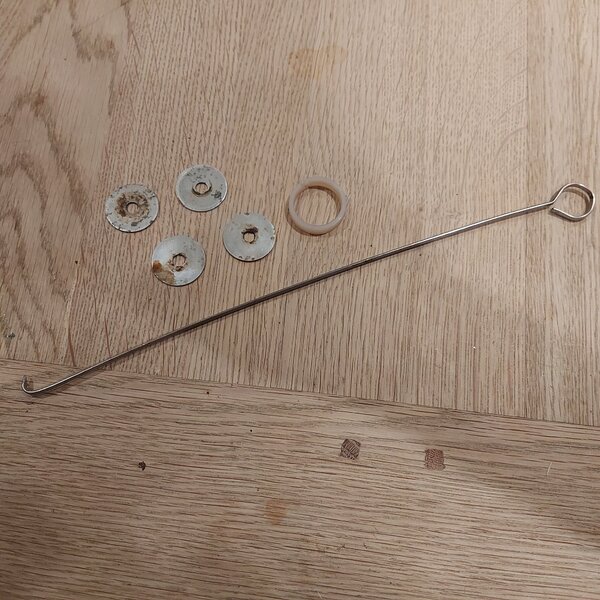 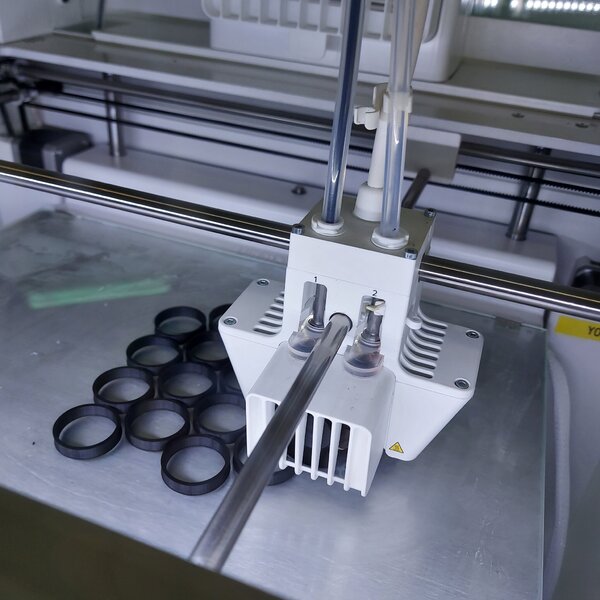 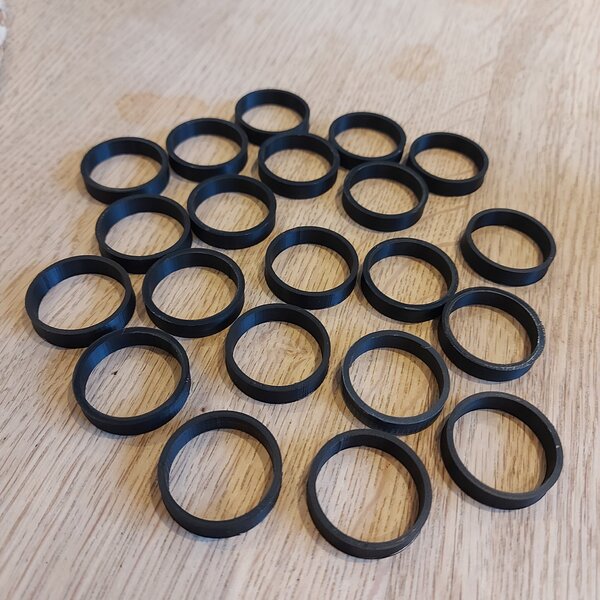 Fresh off the printer. 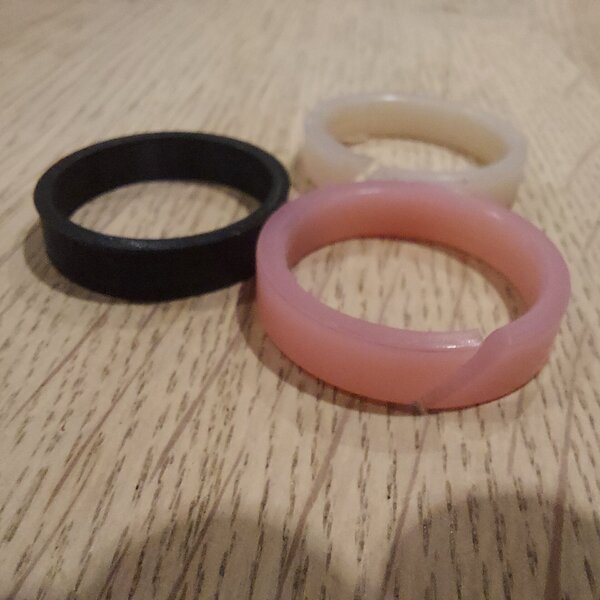 ...but the originals were buried inside the elastomer gunk! 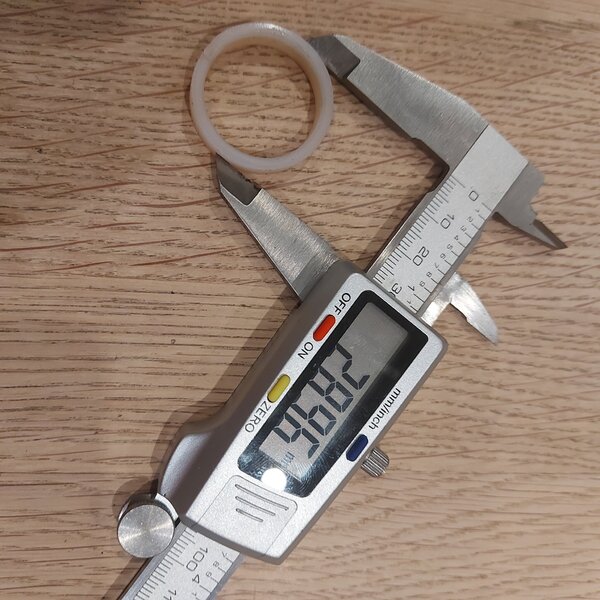 So measured the originals for another crack at 3D printing in the correct external size with split.
Last edited: Feb 22, 2022

Following this one from the start this time. Love the way you tell the story Ben. Keep up the top work

Shaping up to be another ace thread Ben.

. Some pics of the O before it was painted black by the next owner

. Looking forward to your progress, and obviously your super attention to detail. Campag Atek and bullseye will make it a more interesting build, great choice Ben

. Anyway keep up the superb work, will be following closely

Already so into this that I could cry.

Can’t wait till you start the other 2

Magpiegifts said:
Following this one from the start this time. Love the way you tell the story Ben. Keep up the top work
Click to expand...

Thanks Pete.
I think the story is a key part of any build thread....some of the best build threads on the forum tell a great back story. Others act as inspiration. Like the Endeavours #1 and #2, I'm hoping to keep this one fresh with updates.
This will be a progressive build as it replaced the Saracen as a rider in the stable.


brocklanders023 said:
Shaping up to be another ace thread Ben.
Click to expand...

Thanks Ed. Think of it as Chapter 2 of the black "O" build albeit 10 years after the 1st!

. Some pics of the O before it was painted black by the next owner

. Looking forward to your progress, and obviously your super attention to detail. Campag Atek and bullseye will make it a more interesting build, great choice Ben

. Anyway keep up the superb work, will be following closely

Great to see those pics Calum.
From seeing those garden pics, it's already come a long way. What could be seen as fate too...it was the initial PM asking if you still had this "O" which lead to purchasing the Iceman.

Stoney_god had done a great job getting it from those pics...Ironic too that this frame #15 was originally Matt Silver, as was my frame #20.
Maybe the 1st numbers of Gen 1 were all Matt Silver?

Pics of progress to come....


pw_pw_la said:
Already so into this that I could cry.

Going to feature a few combinations in this thread. It's got a set of rider wheels too....on amberwalls.
The compes on dark ano are one of my favourite combinations. Watch this space...

Can’t wait till you start the other 2

Cheers Dave.
This has been a 'want list' project for a couple of years now. Been fortunate along the way to score 2 orange and white... undecided which comes next, but parts are being steadily built up in readiness.
Having seen your Orange/ white fade though...I'll definitely be squeezing inspiration from yours!

Cheers all.
boy"O"boy
You must log in or register to reply here.