Bontrager race lite arrived from ebay this week. It was listed and I bought it on the basis of it being a race, but the headtube is milled so definitely a racelite.

The plan was to get it resprayed metallic blue or purple as those are my favourite bontrager colours, but the paintwork is in really good condition so that will have to wait.

I may not be able to resist replacing the panels with more modern bontrager ones.

Its going to get built up with M737 kit which various forum members have provided to me over the past week or so (thanks 2manyoranges, brocklanders, legrandfromage et al), tange switchblades and some nice ceramic rims which are on their way from france from the Yo Eddy currently on ebay.

Oddly I nearly bought this exact frame two years ago and only realised when I was going back over previous facebook correspondence. Small world.

Some place holder pictures for now: 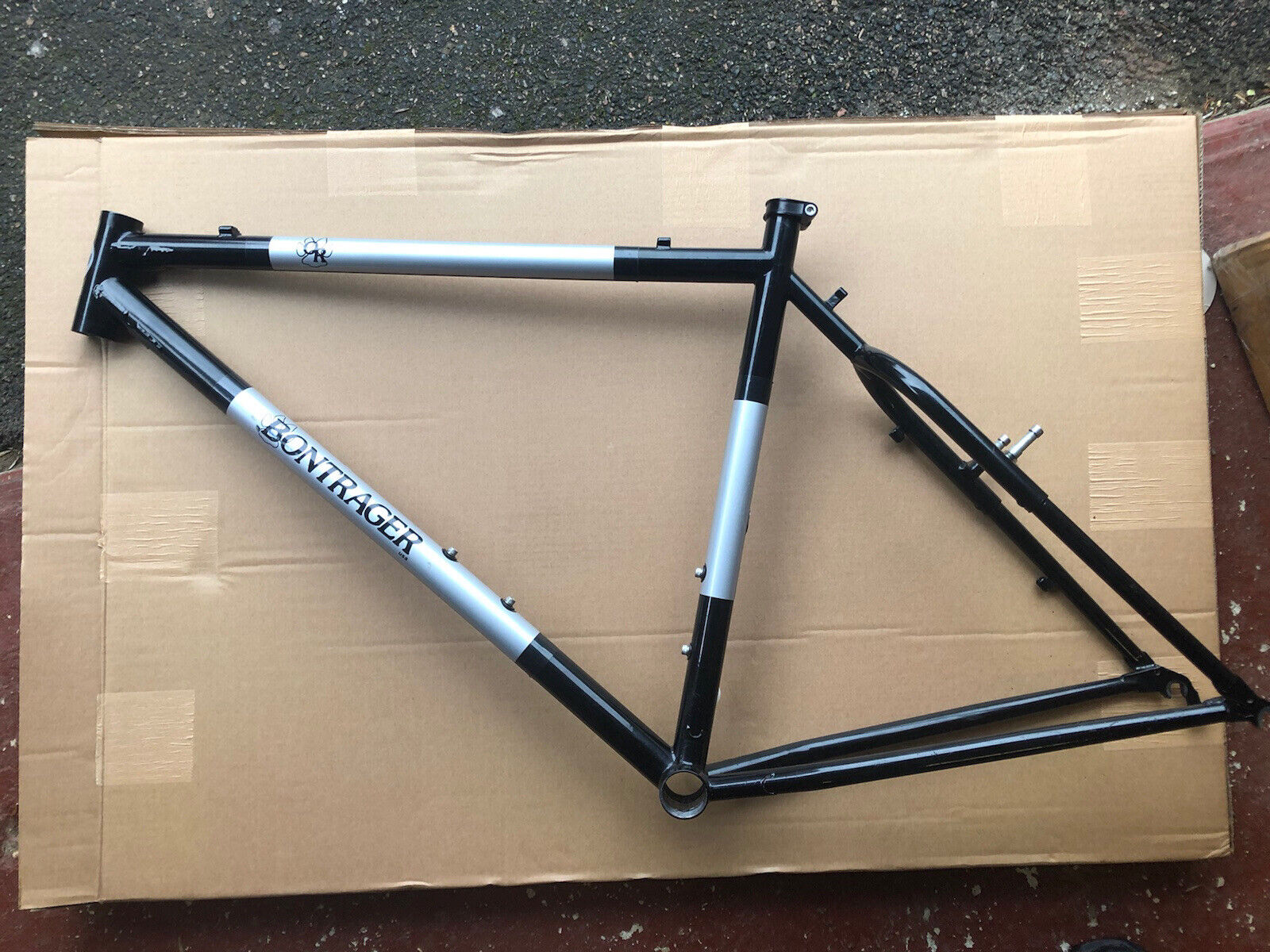 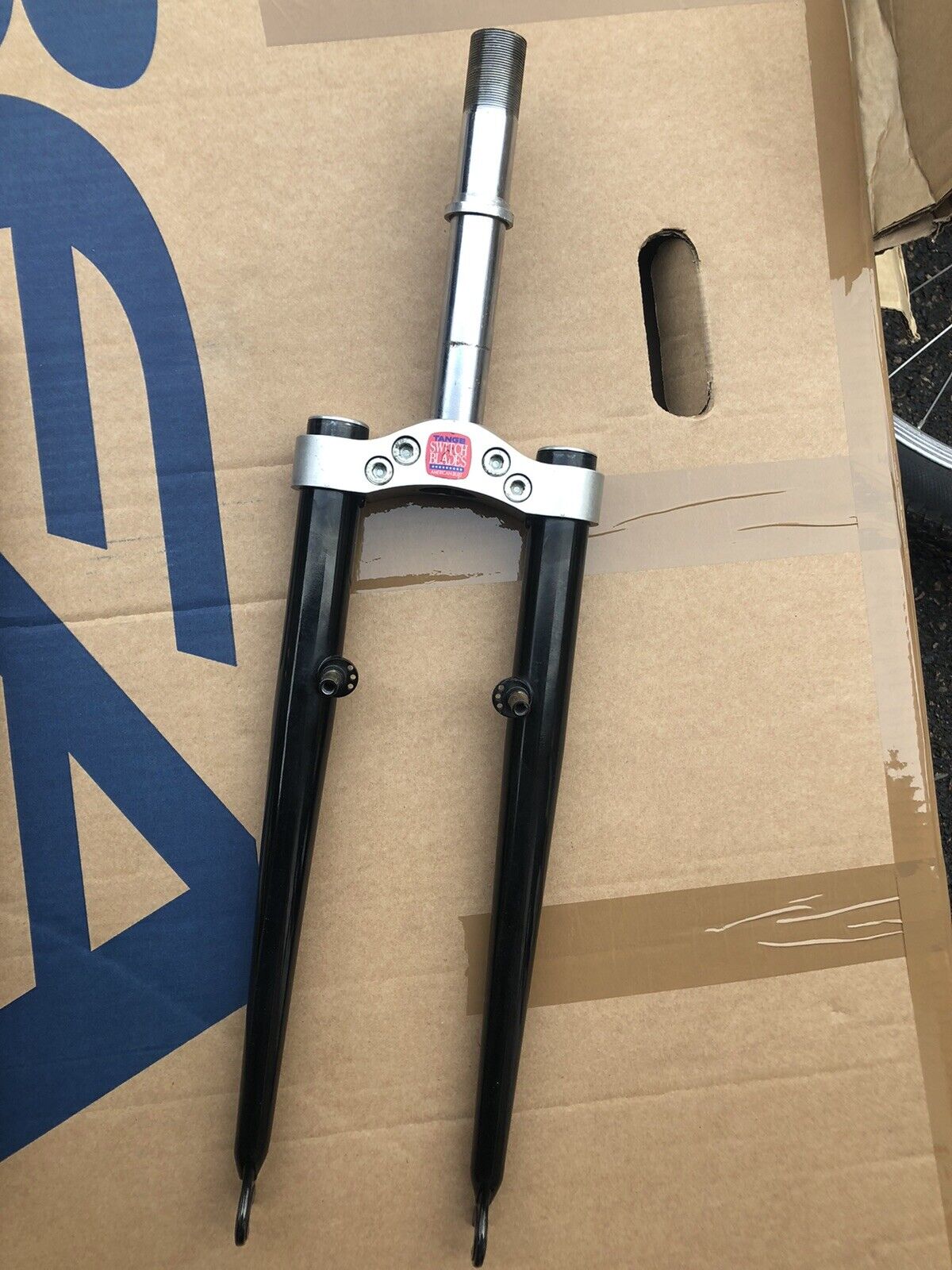 It's the detail that makes bontrager racelites so special. Milled head tube to save weight, gussets on an the tubes for strength and the two piece wishbone stays riveted together. Function over form, but the end result is stunning.

I got lucky with this build. The M737 kit was all readily available and a titec seatpost came up on ebay at the right time.

The frame came as a package with the tange fork and the stem/bar combo which saves hunting down a bontrager stem in decent condition.

Its going to look *really* black when its finished though. Might need to get some chill pills to add a bit of colour. 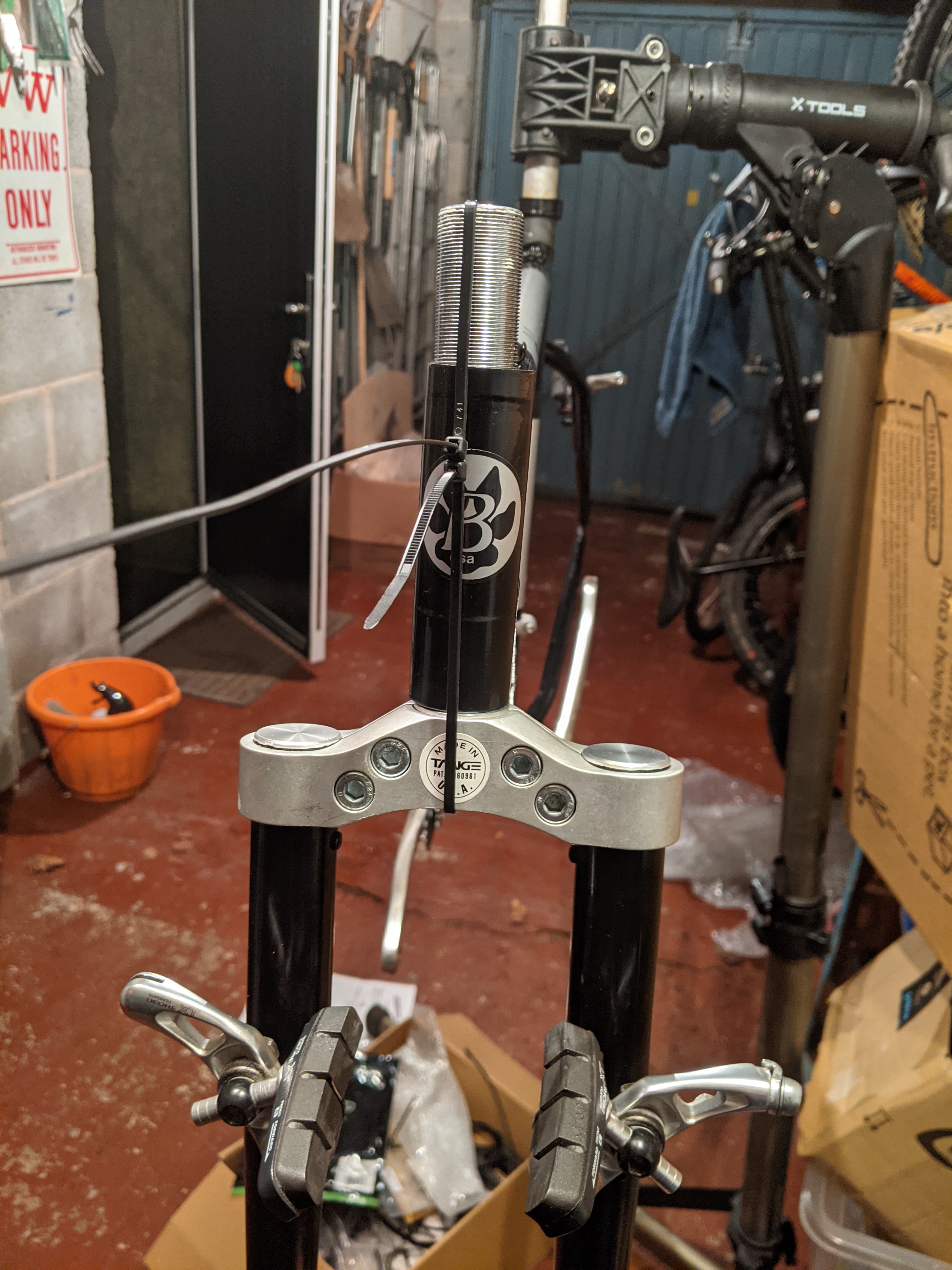 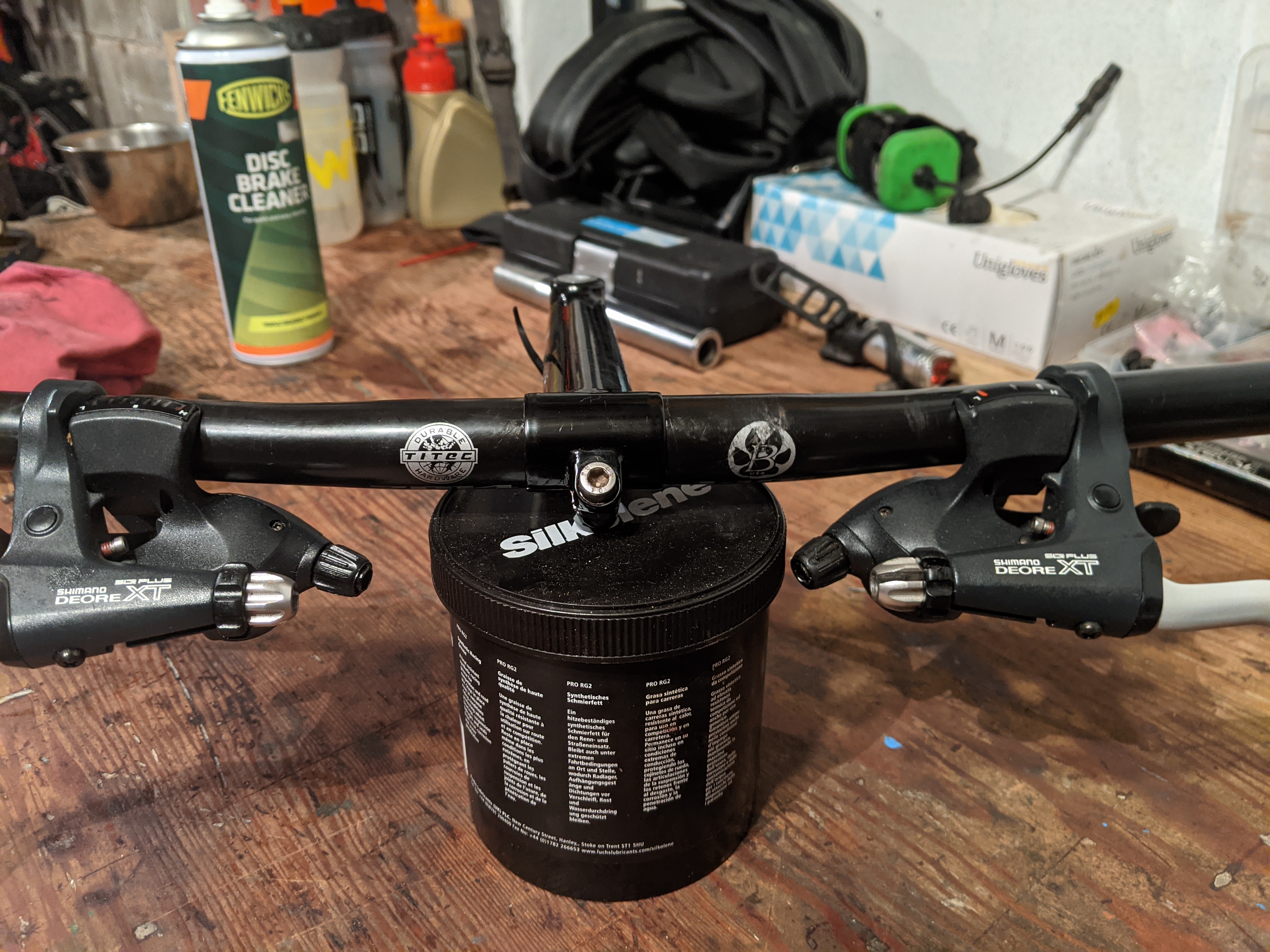 The switchblade forks in particular are immaculate. 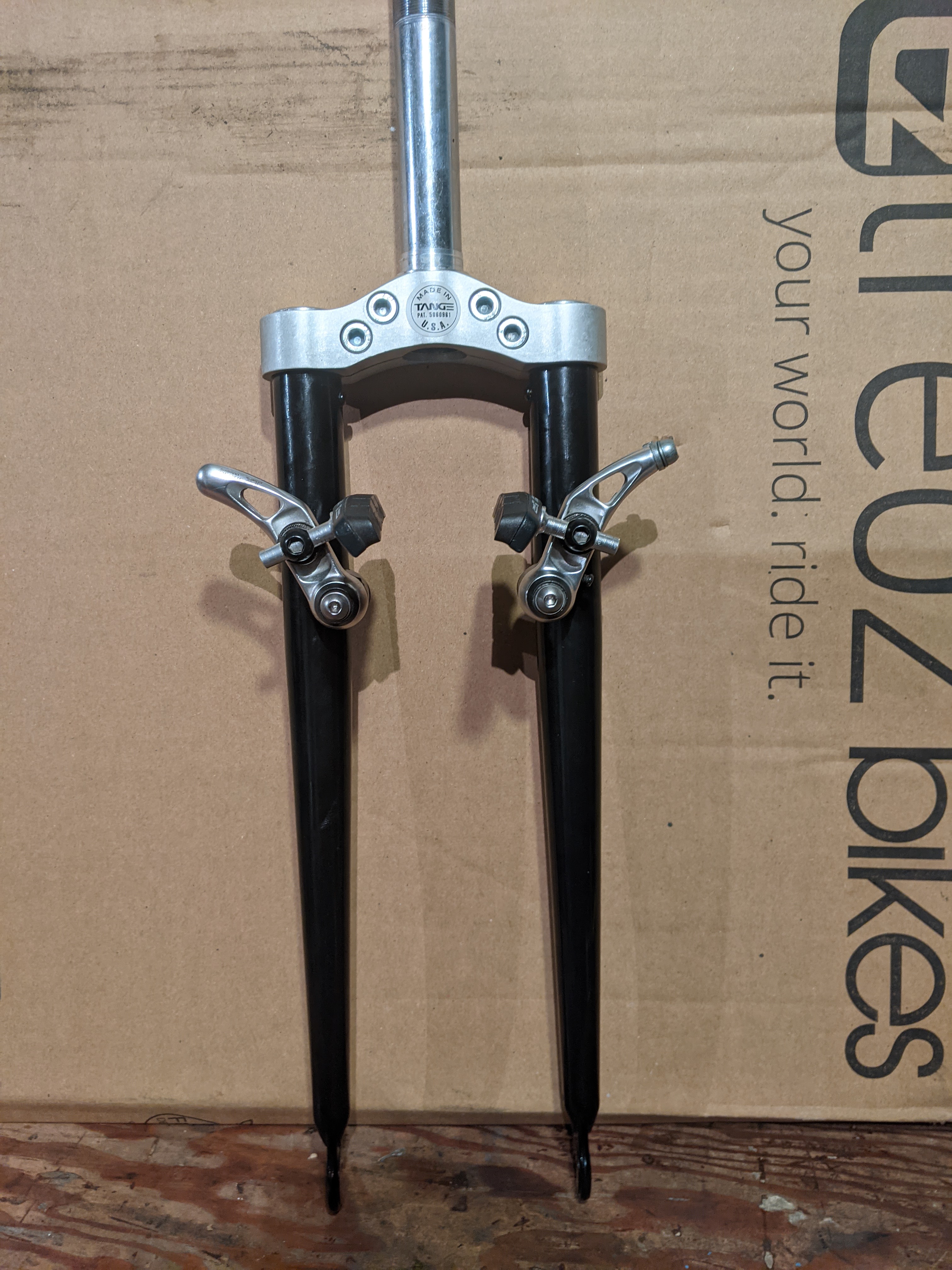 What size frame is it?

Thanks. It's a 17" c-c frame which is large in bontrager sizing.

I will never tire of riding mine.

Mostly built now. Got it out into the sunshine with some spare wheels - I've got ceramic rims and smoke/darts arriving (hopefully) monday for the final build.

Looking pretty good - not too black, but I'm still not sure about the decal panels 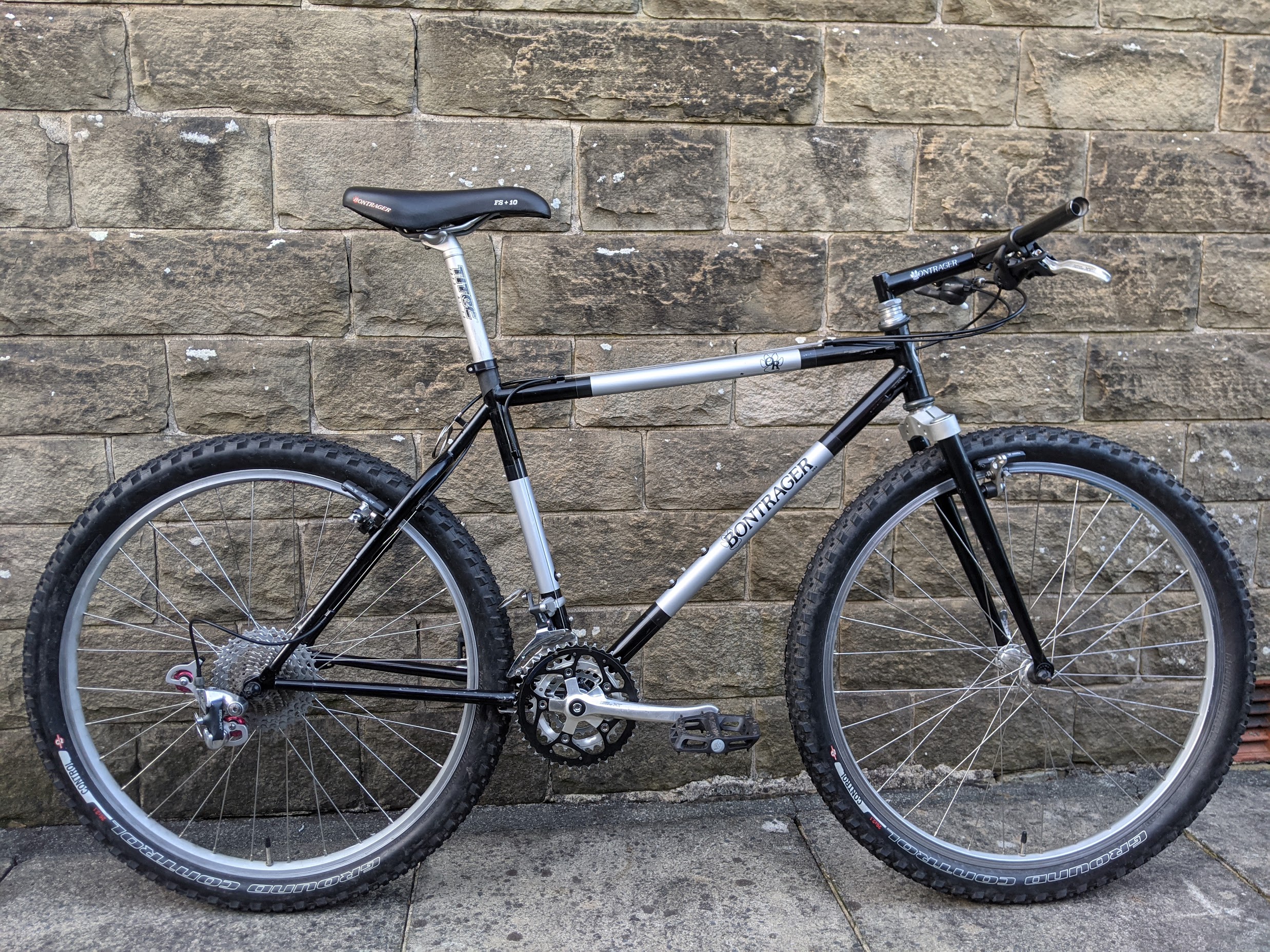