Bike of The Month
The March 2010 'Downhill Special' Bike of The Month saw Jerky's red hot favourite Pace RC500 F1 take a victory to upset the bookmakers. Click here to read Jerky's excellent write up of this bike and the build process. From this month forward the winning bike will be featured in mbr magazine and the winner will receive a year's subscription to the magazine - best get polishing for the April BoTM! 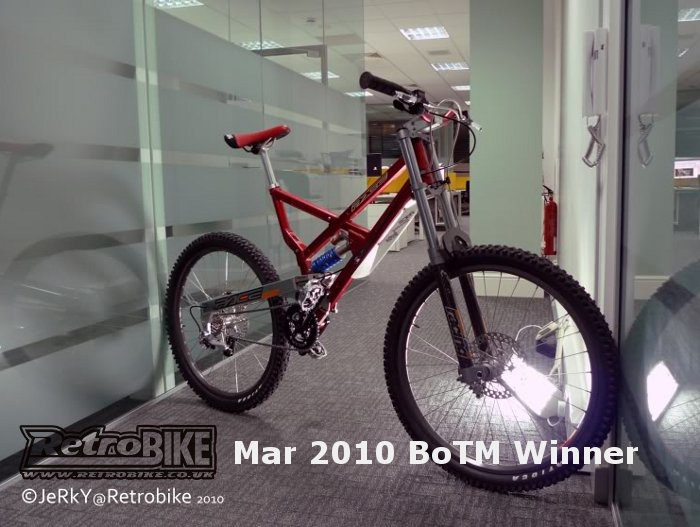 The Guv’nor · 44 · From Retrobike HQ
Admin Retrobike Rider
You must log in or register to reply here.