Any interest in a 1970's Alan Shorter bike with a Barry Chick lugless frame?

Could anyone please give me their opinion on this bike? I'm not a competition cyclist, and used it for many years as an everyday ride, but I haven't ridden it for some years now and it has been gathering dust in the shed, so it's time to move it on. I'm not expecting it to fetch a fortune, and I'm really more interested in finding someone who recognises its rarity and quality, and who will cherish and use it, because the frame really is something of a work of art the like of which I can't find elsewhere. The fillet brazing is absolutely superb, and the only examples of lugless Shorter bikes I can find are the ones which Barry Chick made for Alf Engers. I'm not suggesting this is one of Alf's bikes, more likely an attempt by Alan Shorter to capitalise on Alf's success, yet try as I might I can't find anything else similar anywhere.

I bought it second hand from a club cyclist in Preston in the early eighties. It was originally finished in light metallic blue, with a cream centre section on the seat tube. It was badged 'SHORTER" on both down tubes and on the forks, and also carried a 531 double butted transfer.

I stripped and refinished it because I liked the idea of owning an anonymous bike of quality, though in hindsight i should have photographed it first, which unfortunately I didn't, and I appreciate that the respray will have devalued it.

The frame is kitted out as follows;


These parts are not what I would expect on a Shorter, which would more likely be fitted with Campagnolo kit, as the frame ends are.

I suspect that the person who sold it to me transferred the original parts to the bike he was upgrading to, and fitted this bike with less expensive alternatives. The presence of Raleigh branding on the brakes and seat pillar goes some way towards confirming this. It is also fair to say that, despite their humble origins, the transmission components have always performed brilliantly, changing gear with satisfying precision, and this is the only bike I have ever owned which has never ever dropped a chain. 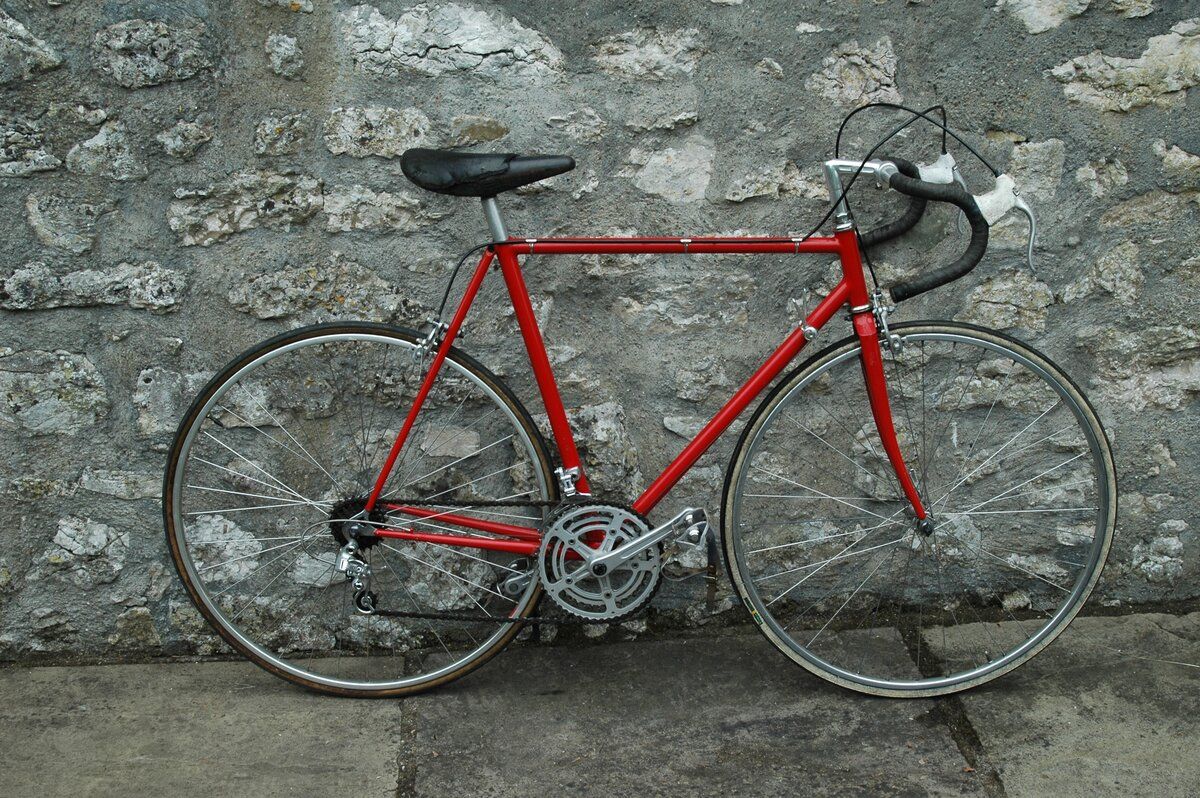 The bare minimum it needs to get it back on the road is new tyres, saddle, handlebar tape, brake lever shrouds and a couple of cables. It also needs the paint sorting out on the forks and a full strip down and service. Ideally, however, I'm hoping to find someone who'd be interested in restoring it to its former glory and using it again which is why I've posted it here.

Lots more photos available if anyone IS at all interested.

It may be lens distortion, but that bike looks like it's been crashed, especially as toe overlap is very unusual in such a large size.

Nob wins. It is indeed a characteristic of Shorter TT frames and the frame is undamaged and as new, apart from some surface rust on the nearside top fork. The shape of the frame, together with the very straight forks, makes the bike very agile and responsive.
P

Why the big brake clearances? Not sure anyone but the frame builder can answer. They look like long drop brakes
J

I wondered about the massive gap between the fork crown and front tyre too - certainly not what you'd normally see on a TT frame from that era. Just a thought - Some customers used to specify every single dimension when ordering a frame - often overriding the builder's advice, leaving the builder with the choice of refusing the trade or building something that didn't look 'right'. Closer clearance at the front end on that frame would risk the tyre touching the downtube.
S

pigman said:
Why the big brake clearances? Not sure anyone but the frame builder can answer. They look like long drop brakes
Click to expand...

The brakes are normal drops.. 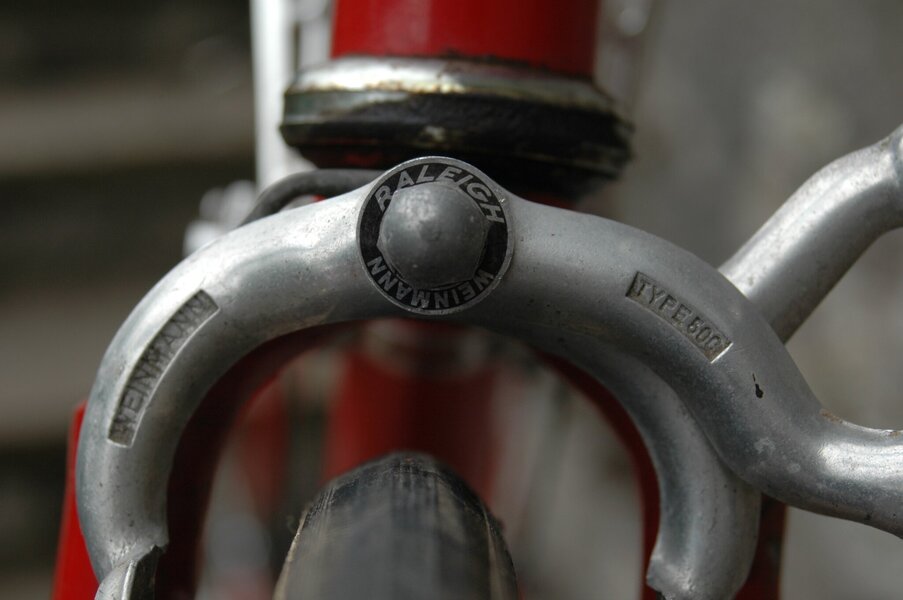 and the fork crown is by Cinelli, as used by Barry Chick on Alf Engers' record breaking machine. The tight gaps between tyres and frame were apparently characteristics of many of Alf's bikes, as you can see here;

As for it not looking 'right', well beauty is in the eye of the beholder, and I actually think they look brilliant.
R

Could those clearances not be down to it now having 700c wheels in a frame designed for 27”?
P

RobLoasby said:
Could those clearances not be down to it now having 700c wheels in a frame designed for 27”?
Click to expand...

No, the wheels would touch the downtube and seat tubes

I'm now thinking it might have been built before campag picolo calipers were launched and the owner wanted to use his existing calipers, today we would see these as long drops, but that was the norm. Look at pictures of merckx et al to see wider brake clearances
P

View attachment 560534
and the fork crown is by Cinelli, as used by Barry Chick on Alf Engers' record breaking machine. The tight gaps between tyres and frame were apparently characteristics of many of Alf's bikes, as you can see here;

As for it not looking 'right', well beauty is in the eye of the beholder, and I actually think they look brilliant.
Click to expand...

I wouldn't say it doesn't look right and my question wasn't party to any criticism, it was just a question. I actually think it's a cool bike, sorry if you thought I was marking it down
You must log in or register to reply here.