Re: Another Kona Hei Hei ++BUILDING++

1bhp":2huo03g3 said:
First and quite major issue, headset doesn't fit!
It could be either the Miche HS has an unusually large stack height, the cups aren't quite seated properly (don't think this would give me enough room still) or I have the wrong size forks.....

Does anyone know what the correct P2 steerer length for a 18" frame should be??? Mine is 142mm and it's well short.
Click to expand...

The Headset top cup does indeed appear to have a gap where it is not seated correctly, and that Crown Race in the photos looks to have used up a generous amount of millimeters of the total available.

The Rear Mech B Screw Stop doesn't look ideal. You could remove the Mech and see if you can fettle the position of the Stop Screw's tiny thread hole, but I think it is likely snap off easily. Stripping the Rear Mech apart may make the fettling more viable.

Thanks as ever Pip!

Good to have confirmation of the steerer length, I figured it was probably something with my install - when looking at photos now just doesn't sit right, i fear the blue part of the bottom cup as come away from the lower bearing holder which is sitting low in the frame, anyway, will have a closer inspection and maybe drop it at the LBS for them to double check - in hindsight I should have gone for the more trusted Tange rather than a silly blue vintage miche....

re. b-screw, agree, I'm going to try threading from the other side so the head is against the frame as first try see if that addresses the issue. But tbh, in my naivety I was unaware I'd bought a Rapid Rise RD! And whilst I'm not adverse to re-learning muscle memory (eTap is fantastic once you adjust), this is issue might mean I just try and swap for a 'normal' m950 mech...

LBS Wizards should be able to sort headset... As long as your LBS has someone experienced enough for threaded that is.
Crown race nice and snug? Do you have a headset press and proper crown race setter?
1

albash82":4p3cxymn said:
LBS Wizards should be able to sort headset... As long as your LBS has someone experienced enough for threaded that is.
Crown race nice and snug? Do you have a headset press and proper crown race setter?
Click to expand...

Cheers, yeh they managed to sort it, neither race and cups weren’t quite snug, but still overall stack height was too high for the steerer so swapping out for something less bling.... simple swap so should be sorted by NY I hope. B

You have selected some quality parts and eager to see the progress mate
Click to expand...

hey Pete, yeh almost there, I'm just waiting for a replacement headset for the Miche one that was too tall! Might even get it done before the year end depending on deliveries....
1

Everything on. Just needs some pedals, and cables finalising. Then, a test ride.... 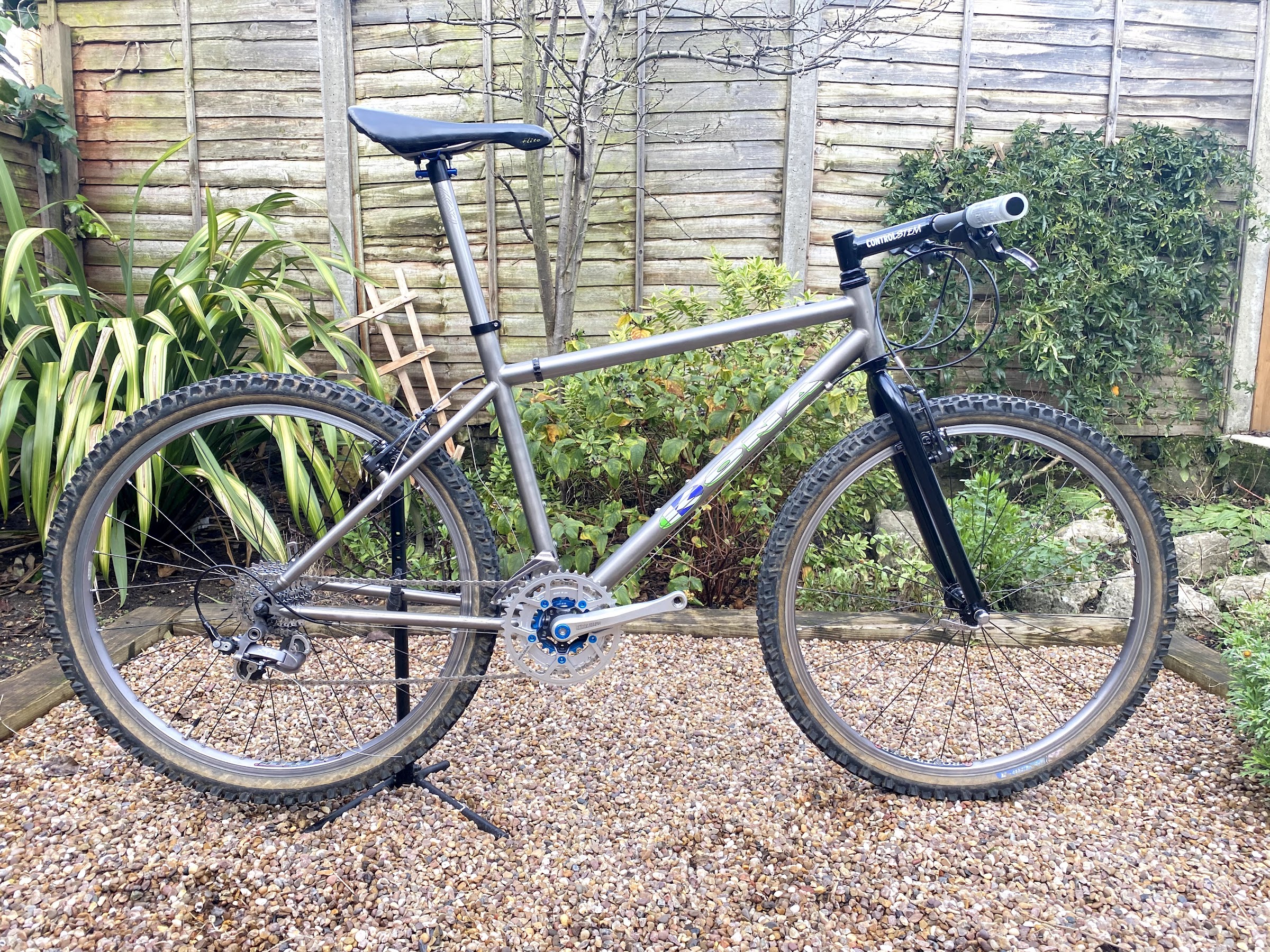 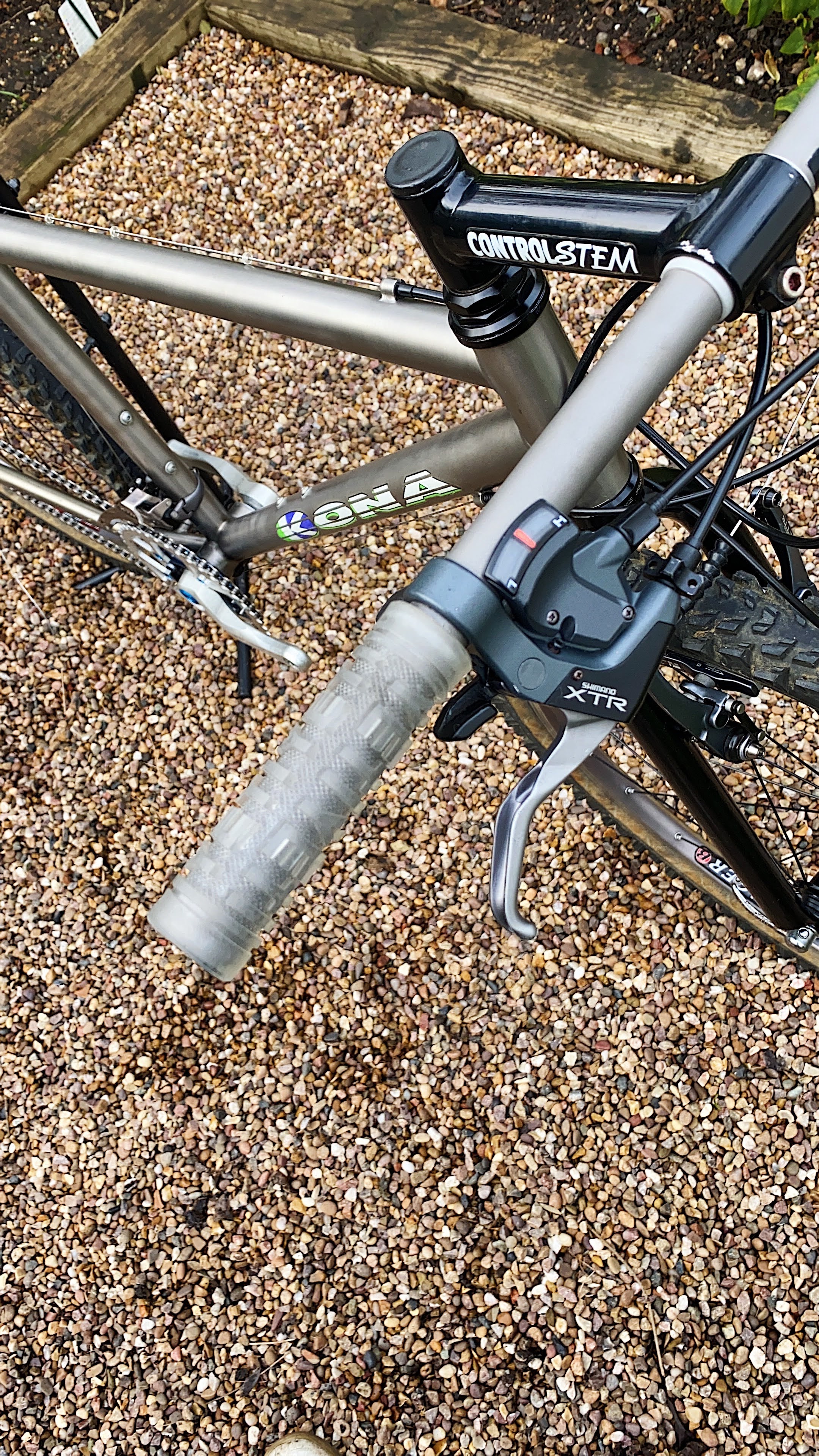 You happy with it? Cos that's what it's about...
Click to expand...

Yeh I am Pete, I've really enjoyed the build, I'm just super intrigued on how it actually rides now!
1

I was worried given the extortionate cost of these they’d be too big for the frame.... luckily, loadsa room!! 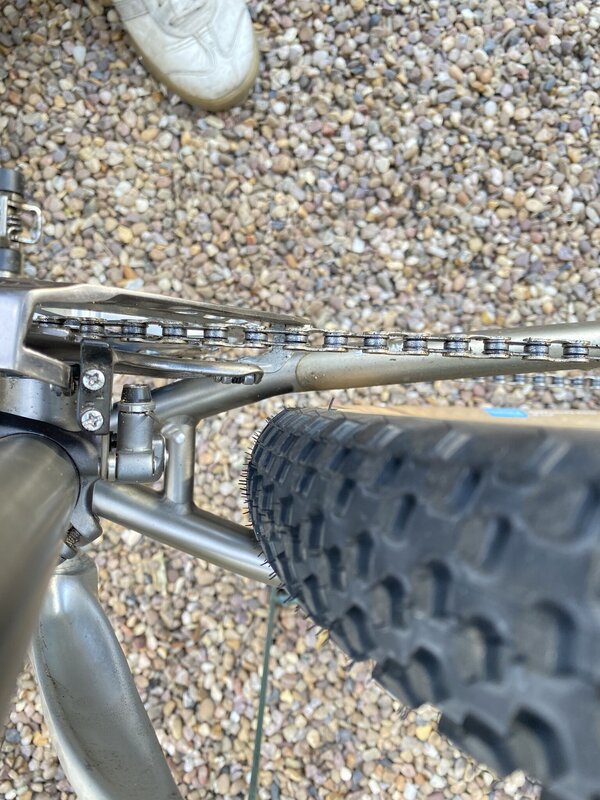 Not set up tubeless yet, but if the 700c versions are anything to go by they should be great on tarmac, trails and fantastic at shedding mud too... 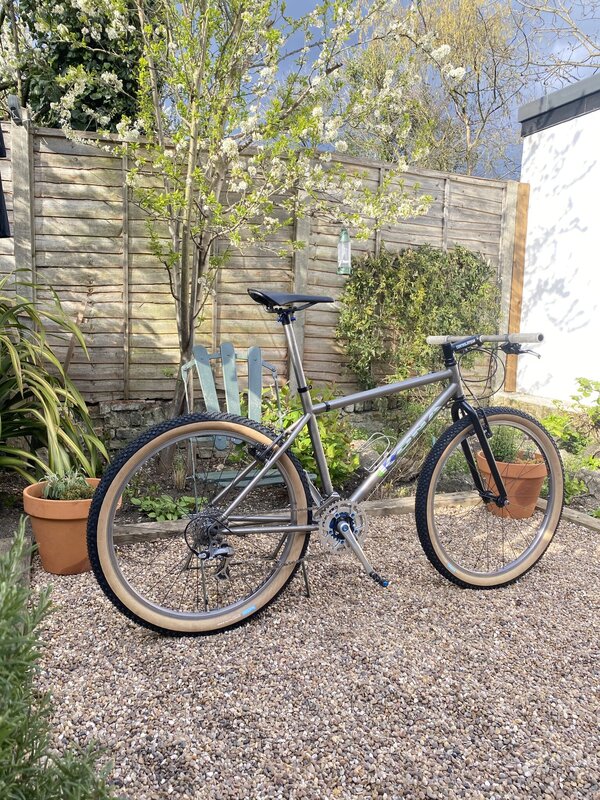 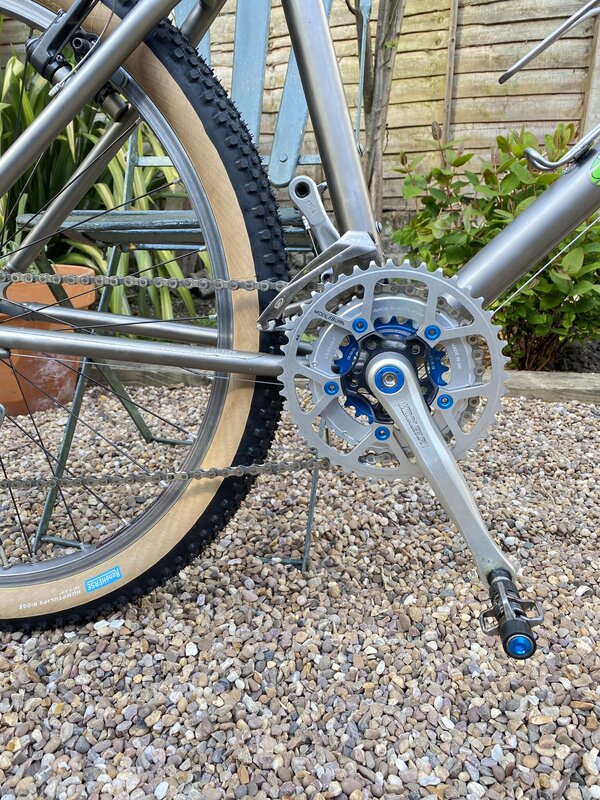