Not sure why this just popped into my head, but I've been looking out for a replacement shock (risse) for s while and no dice

As you probably know, the mount for the shock on the stays isnt a standard eyelet, instead the shaft is slotted into a hole in the rear stays and clamped in place by bolts.

So I was thinking, could it be possible to essentially make something with the eyelets on a shaft thst bolts into the existing mount, creating eyelets to bolt a more standard and available shock to?

It was a brainwave without any 5hought to if an alternate shock would fit into the space, ideally an air one.

Anyone got any thoughts on whether this idea has any mileage or if I'm barking up a wrong tree?
R

I see what you are saying, and hence linkages used to accommodate the transfer of travel into the shock.

Thanks for the education.

hi, actually I'm afraid that i may not fully understand what you had in mind.
Still want to share a few pictures of a great hack i have seen last year.

There was an Mongoose Amplifier II at German classifieds, using originally same typically AMP spring and damper.
Just i have noticed a much younger Manitou damper. 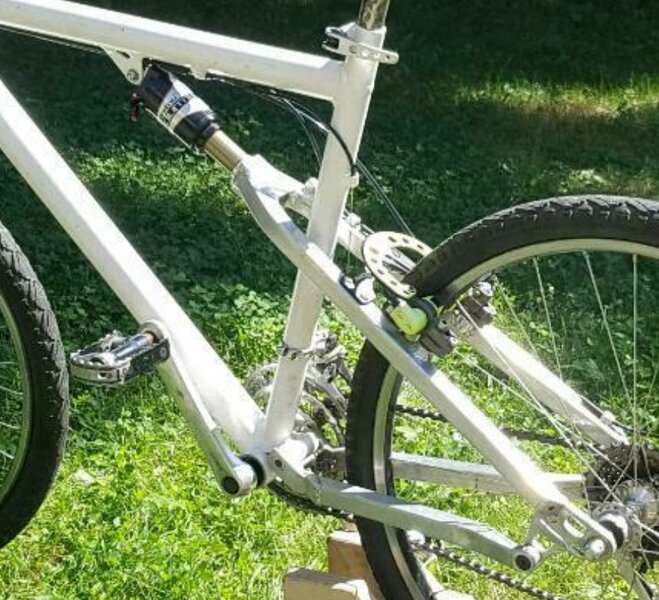 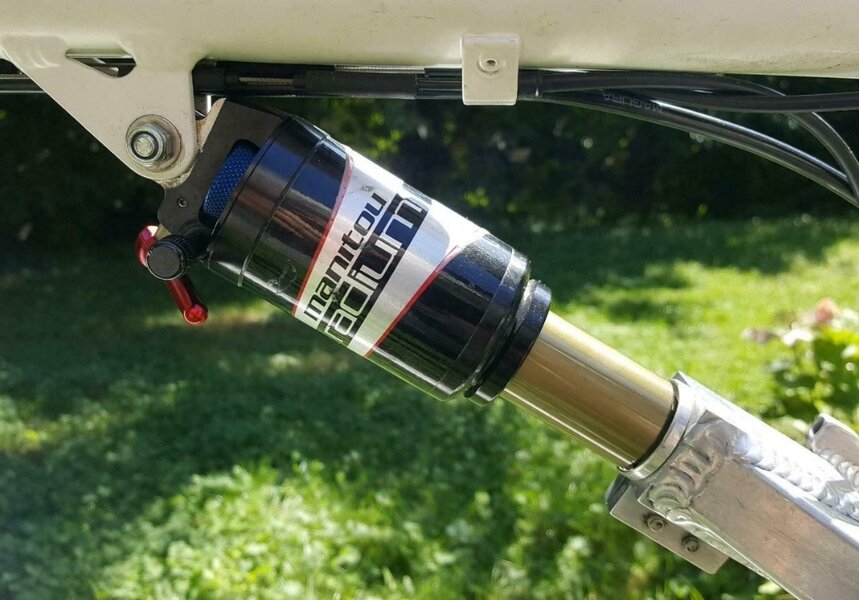 I wasn't interested in buying but have contacted the seller and he was so kind to explain how he has mounted this much more modern damper in the old AMP style bike and send a few pictures.

He has build this custom adapter: 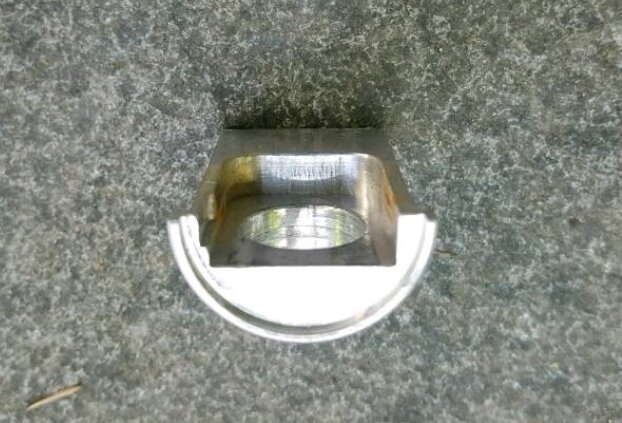 Two of them cover the eyelet of the more modern damper, but still fit in the original socket of the rear triangle. 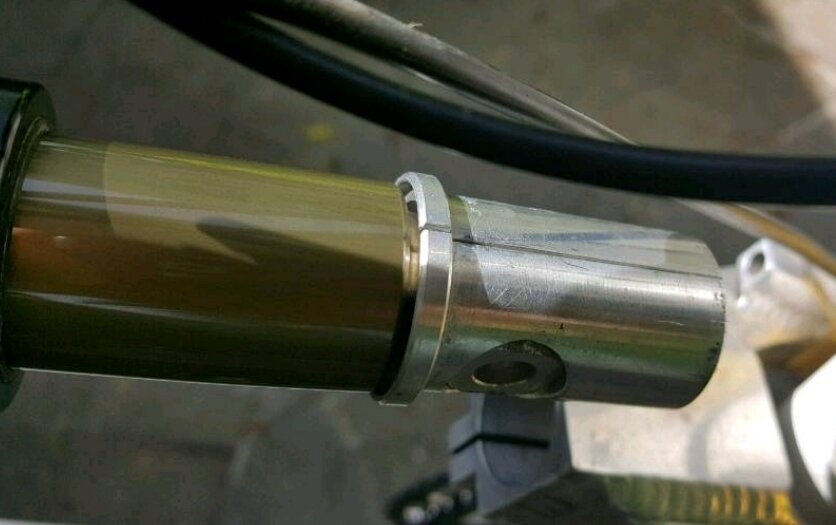 Unfortunately he has produced this adapter just as a single piece.
Still think that's a great idea!

It's maybe what you had in mind too?

Still, this isn't removing a bit the systematic issue of the early AMP rear design. The damper is also facing a bit of lateral force. As said by others, only a linkage is avoiding this.

But i do use an old Amp with Risse and I own an K2 Razorback too, both full suspension bikes made it now to last decades without linkage.
Last edited: Jun 23, 2022

That's great. I think you hit the nail on the head with your comment on my original thought but this is much better.

I do wonder if a newer air shock would fit on a b4 as the seat tower might get in the way, and the shock is pretty short, but I will do some research.

I do also have a litespeed obed FS which this idea may work better on. I wonder how easy it would be to copy this adapter and what shock would work with the frame?

Very interesting. Thanks again.
You must log in or register to reply here.