Well for anyone that was interested in my Raleigh 753 rsp for sale...

Turns out that I had something different in my possession and didn't realise... As I've said before I'm not a roadie.

Firstly I owe the sincerest of thanks to Matt_Wood off of here who turned up this evening to potentially buy my bike earlier... you have actually just returned a little bit of my faith in people with that gesture of honesty and kindness...

I let Matt take it for a test spin and he had a good look at the bike whilst I left him to it... he realised I didn't know what I had in my possession and rather than rip me off and make a profit chose to show me.

Kind of gob smacked! Apparently not the original paint job either.

Funnily enough had I listened better at a point in time when this was passed on to me I might have known more about it.

I bought this off an old school friend who's father had owned it. I'd done his dad a few favours in the past and as he'd hung up his riding boots (the father) due to being knocked off of his time trial bike he sold/practically gave this to me. I seem to remember my friend saying something about it being a tour bike... but thought he meant some sort of tour replica.... not that it had actually been round the tour!

Anyway. Photos of the frame serial number and campag lugs etc below.

I'm interested in knowing more about the history of these... and also an indication of what it might be worth to the right buyer?

I might ebay it but I'm also considering keeping it now as it's got historic value. Any information and advice would be greatly appreciated 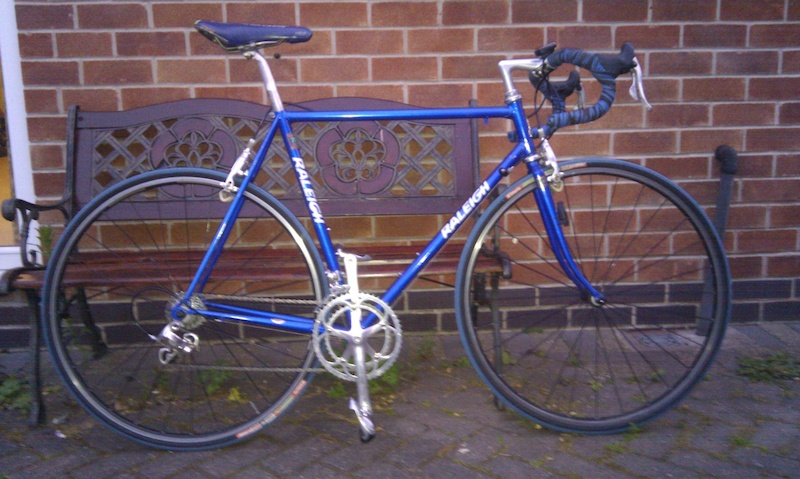 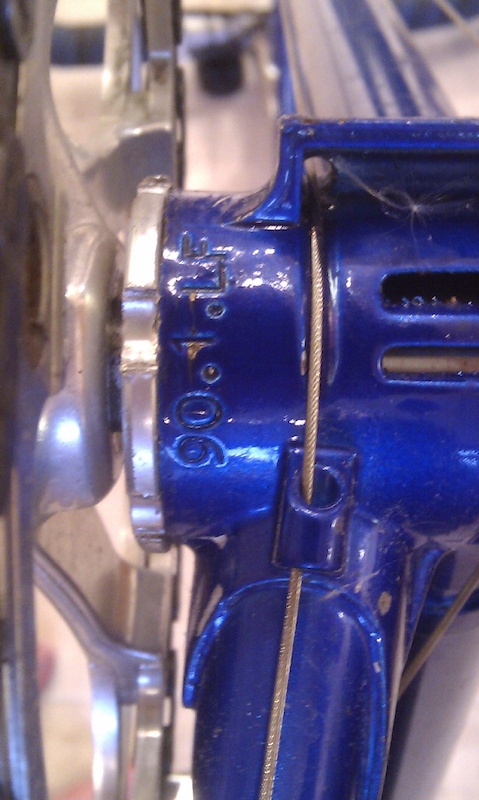 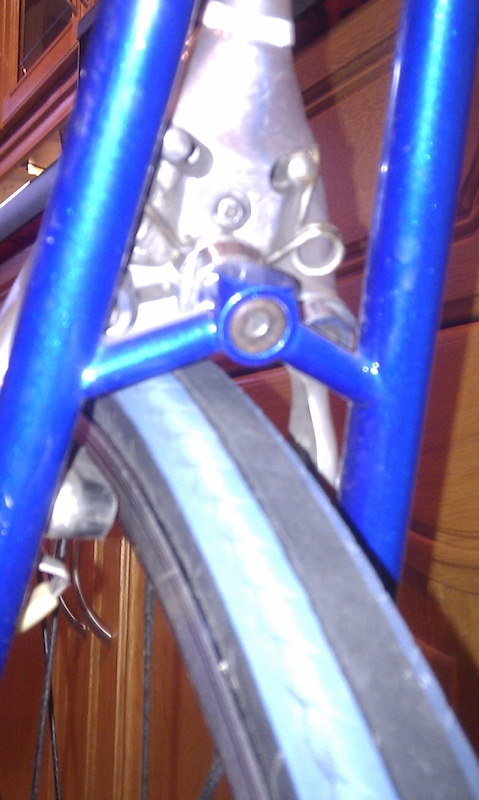 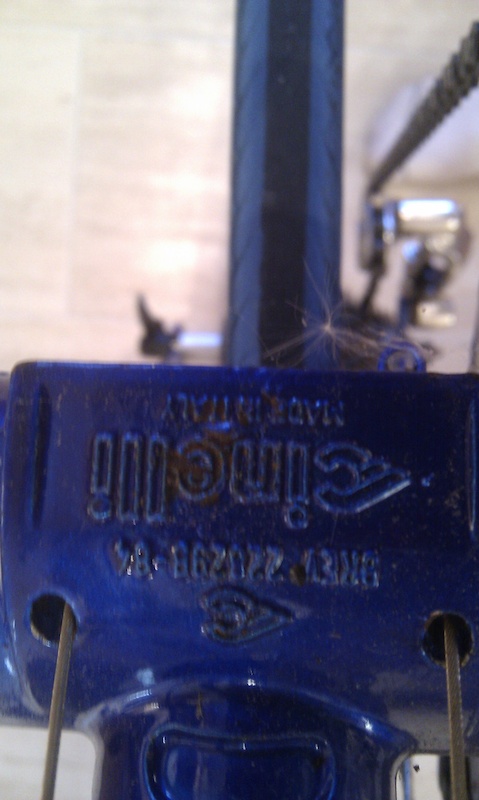 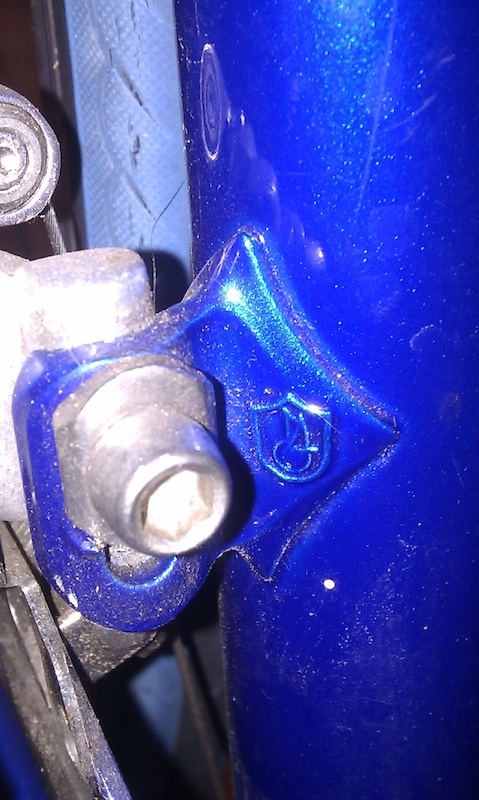 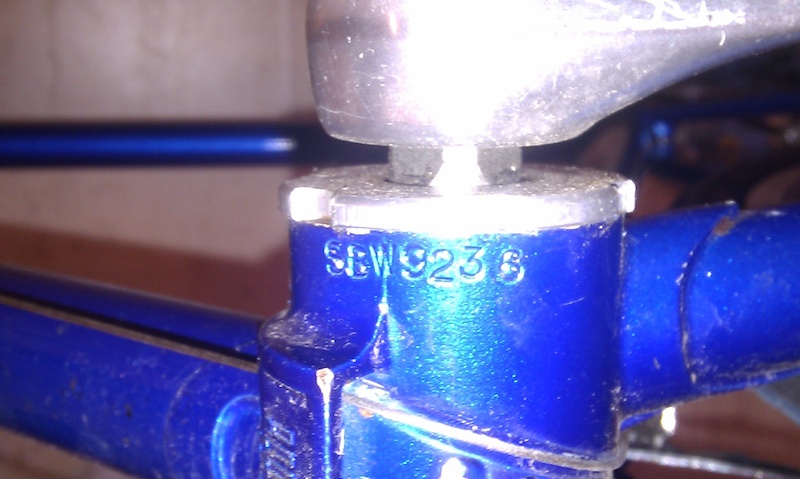 More pics below on link

Re: What's it worth?.... and also a tale of human honesty

I saw this and was going contact you as your round the corner - I saw the Delta brakes and saw your price and couldn't quite work out why it was up for sale at that price. It's only the fact it's too big that I didn't bother. There will be many on here who will know exactly what the score is with your bike but I just wanted to say a huge well done to Matt - good to see that morals still exist in this profit driven world. As for what you do with the bike - you have a piece of cycling history if that was indeed Fignon's bike (someone with far greater knowledge will nudge you along as to how to confirm the bike) and IF it was mine i'd be looking at the bank account and getting it repainted in original spec and built back up as it was 23 years ago! That could well be an expensive road to travel and if you're not intent on owning such a bike then perhaps sell it as you've described to someone who does want to restore to original spec.

One thing is that it's worth far more than you originally advertised. Personally, given it's likely provenance i'd contact Raleigh direct - I know it's barely the same company as back then but given they've just re-entered to pro race scene I think they'd be pretty interested in what you have.

Best of luck, keep the thread updated - this is going to be a good one.
R

Re: a tale of human honesty. Castomrama Laurent Fignon conte

Wow! I'd seen your for sale post and was very tempted, thinking it was an excellent price without knowing the history, but I'm sure it will be out of my reach now. It was only because I'd promised the boss that I wouldn't add to my excessive collection that I passed it up. It was great that Matt was so honest with you. Be interested to see whether you sell or decide to keep it.
C

I genuinely had no idea what it was. I've ridden it three times in the last year and was the first toy along with my SLR to go up for sale when wanting a motorbike... the more I think about it i remember my mate going on about tour history and not really paying attention to him as I just wanted to get out and ride it when I bought it... however ever since I've always kept reaching for my mountain bikes.

I've got no interest in restoring it myself as I'm no enthusiast (can you tell)?

What would Raleigh want to do with it?
F

I would like to think that if you get in touch with the correct person at Raleigh and via any archives they have they will be able to confirm your frame and whether the components are as per the original bike (no reason to suggest they're not). Dating and provenance will only add to value and also people wanting to buy it. Have a look at readers road bikes section 1st page - joey mcloughlin & dave raynor bikes have tremendous threads that have a lot of interest. Add to the fact that your's is attached to Fignon and your getting the idea of how some folk (me included) lust after ex-pro machines and what they can mean to people. (Admittedly Fignon bombed in the TDF in 1990 as I recall but it is only one year on from possibly the greatest TDF finish in history).

I think you need to get a sensible value your willing to sell for, with any proof you can get hold of and pass this over to an enthusiast.
C

Any idea of how I go about contacting the right people at Raleigh?

I have no idea of what it might be worth? I was struggling to get over £300 for it this week.

But you are probably right, it needs to go to a home that appreciates it.
C

What is the significance of the delta brakes? Matt mentioned about the seat stay yolk. I am very knowledgeable about mountain bikes... yet know next to nothing about road bikes.
F

obviously there's the bog standard contact email but further down there's a section on frame dating and a load of enthusiast sites. Could be a source of joy or frustration??!!??

£300 - the Delta's 'can' go for that alone on ebay! You probably didn't get many nibbles as it wasn't advertised as what it actually is. Difficult to put a price on it - it's worth what somebody is willing to pay but I think a week or so of trying to establish some facts and you may well get a good idea of it's value but also take it account that if the buyer wants to do a restoration to original spec then that is going to be costly to them. Alternatively it goes to joe public and they use it as a standard road bike but personally I think this would be a shame.

Wounded Fignon was that tall or that my DNA makes me short else I'd be all over your bike and you'd be getting more than £300.
C

Thank you, I'll look into that.

Well, it's obviously been thrashed then and not fit for much other than tootling to the corner shop.

Just joking. What a great story. It just ooozes high end pro caliber. I trust it's a good fit for you, otherwise it's a serious collector's piece. I could well imagine Raleigh would be interested to hear about it.
You must log in or register to reply here.