Purchased this frame (as a full bike) to have trial at anodising it whilst I wait for a 94 Frame to come up to turn Aqua.

Original plan was to have it done in Acid green which was a 98 colour. However given the cost and hassle I’m not convinced it’s a good enough base to start with. It has some marks on the top tube which won’t come out without going crazy and I worry combined with the Ano process it would weaken it.
From my limited understanding they would look far more prominent once coloured as in its current bare form they aren’t that bad so I’ve decided to hunt another frame down

So that leaves me still fancying doing a build upon it as I had one of these brand new in 98 with the CNC dropouts etc.

I need to make it different to my other Zaskars so I’ve started collecting a few X lite parts.

Plan is to have Xlite parts in red /black but after that I’m really not sure how to build.

Don’t really just want a traditional XT or XTR build so open to suggestions. Must be period correct and suitable.

Initial thoughts are to maybe have Ceramic Mavic 517 on red Hope hubs and possibly some RS7 cranks. But nothing is fixed. 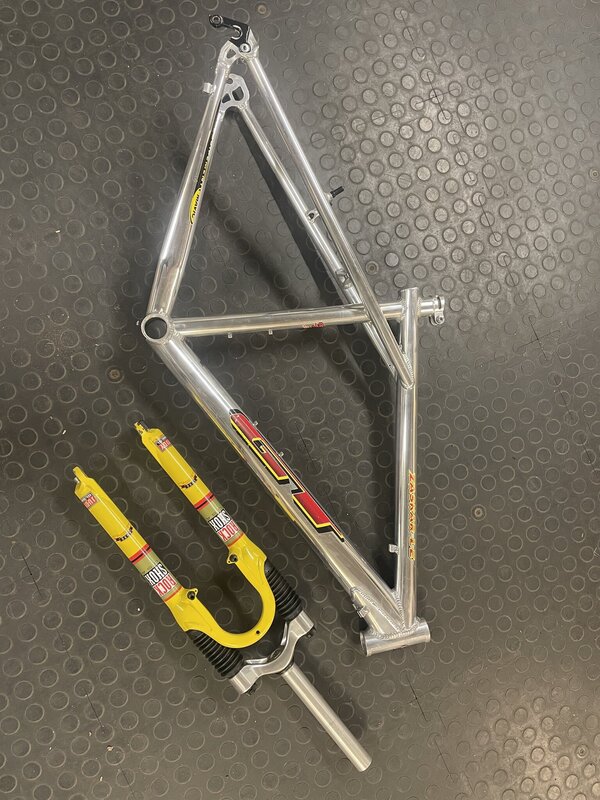 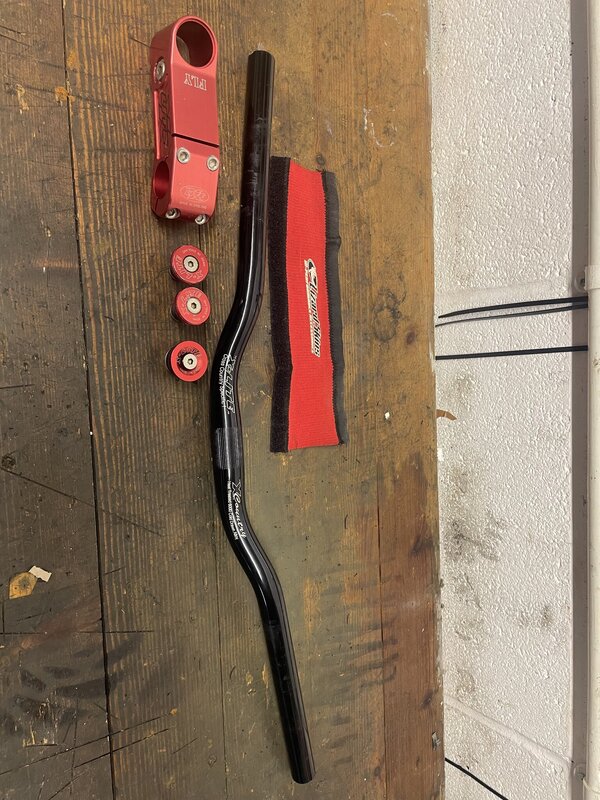 This pile below is things in my maybe list. XT BB , cassette and front mech. Control tech skewers and shark bites. Ideally I’d have Xlite skewers , and XTR hence why they only a maybe. Issue is I’ve got several XTR equipped bikes and also 2 Zaskars with XT hence my confusion.

Mostly shimano is the easy and reliable path, i wouldn't blame you for chucking XT on there and, a different crank. White industries, sugino or boutique stuff like cooks.
Zaskars seem to accept that 'custom' look, in a j mcroy sort of way where, they dont look silly if they appear to a trials/bmx/atb hybrid.
Id like to see what you do with it.
D

Maybe even a Raceface crank , XTR rear mech and some Racelines maybe is another option
V

Agreed, I-Beams would look good, as would Cook's.
D

GT Fan
What about Campagnolo to be really leftfield? Don't think I've ever seen one.
D

Not a massive fan of Campag. Neither would it be something I’d stumble across which is what this is being built from.
D

Any suggestions for a Ano red headset that’s not FSA or CK?

Any saddles that isn’t a Flite which has a hint of red ? Needs to high end ideally.

d8mok said:
Any suggestions for a Ano red headset that’s not FSA or CK?
Click to expand...

It’s a budget build that would be more than the rest of the bike. Lol.

Keep it under £30 or ideally one I can find on a bike if poss. I’ve a couple of cane creeks but fancy something coloured.
You must log in or register to reply here.