I bought this bike on ebay a few weeks ago, and finally went to collect it last week. The 1st full suspension bike I ever had a ride on was a Proflex of some sort and that way waaaay back in 93/94 and since then I've always wanted to own one, so when I saw this 1997 857 on Ebay I put in a bid

The bike itself is in pretty good nick for its 13 years, a few scrathes on the forks and seatstays where it's been lent up against walls etc... but a bit of touch up paint sorted a lot of those out, and the Noleen shocks seem to be working as they should too.
It also appeared to be pretty standard when I picked it up, with the exception of the shifters and brake levers which had been changed for Shimano Alivio items for some reason :shock: but apart from that the rest of the groupset is Shimano XT.

I've now swapped some parts over from my other bike, bars, stem, shifters, brakes, pedals etc.
The plan with the bike is to upgrade it with more modern components, and those I take off the bike will be kept for later use on a full rigid bike build at some point. 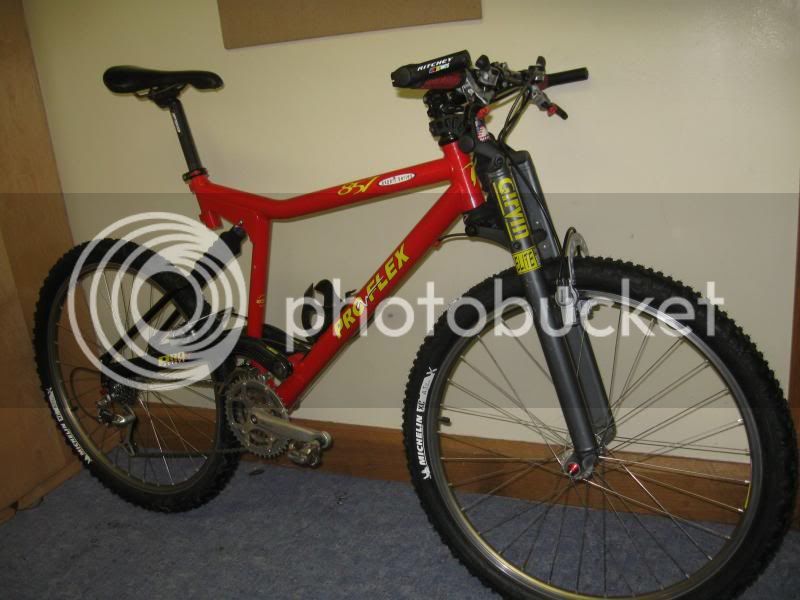 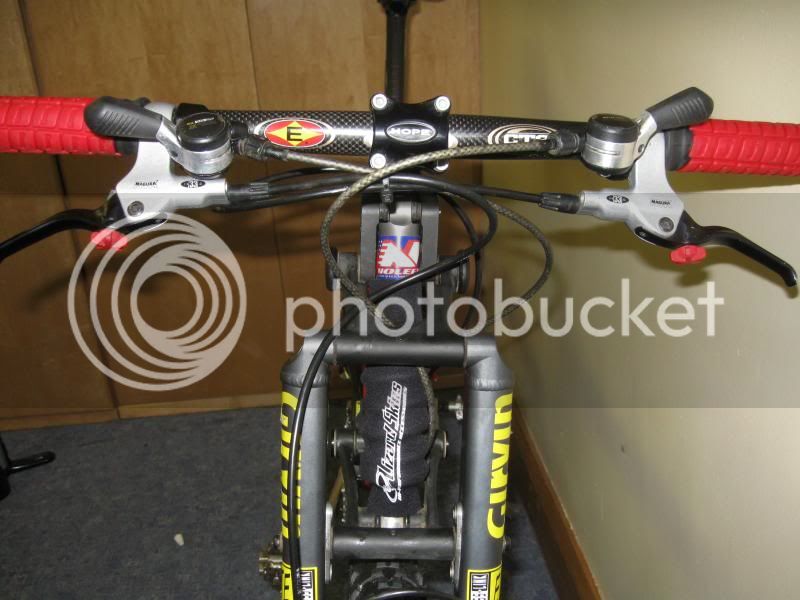 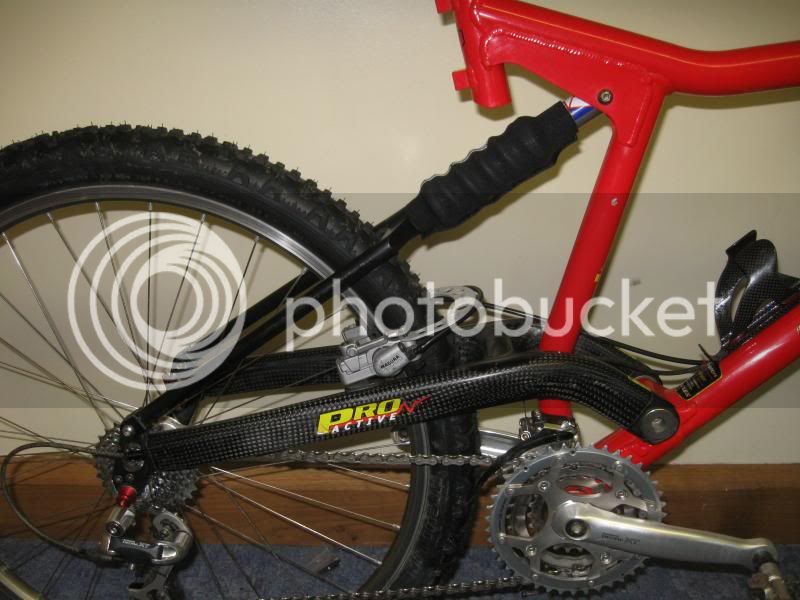 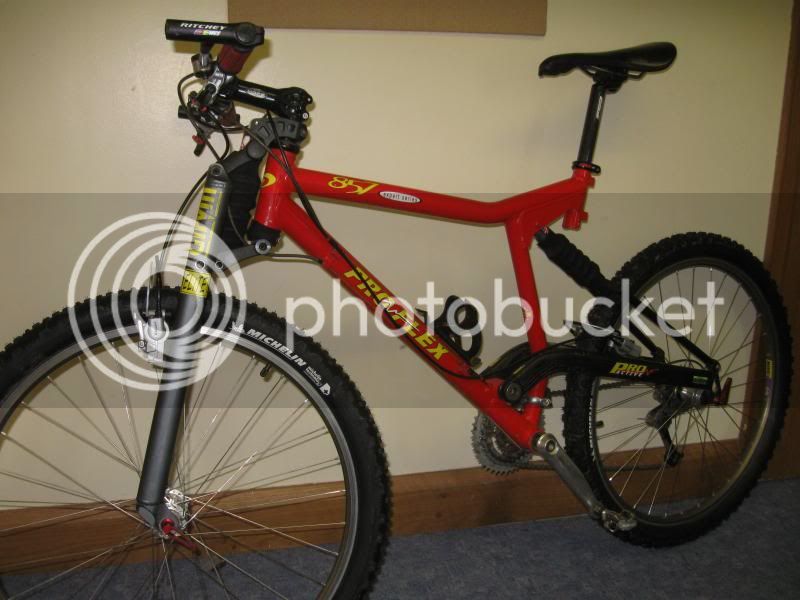 The bike has been "christened" already, my first ride on it was a 3 hour endurance event last week (the day after I had collected the bike!) and my 13 year old £200 Proflex held its own against modern bikes costing 10 times as much and more

So it looks like this one is a keeper for sure

Sweet ride, that is an absolute bargain for £200 :shock: Jealous?Me?Yes

Is that rear strut powder coated or painted ?

Is that rear strut powder coated or painted ?
Click to expand...

It's just the factory finish, so I guess it's just painted, and I went over it with some satin black touch-up paint I had for my car, which eliminated the scratches very well indeed could do with colour-matching some touch-up paint for the Crosslink forks though.... :roll:

that is a sweet bike, if I ever go full bounce again it will be a proflex- love them

yeah that is really sweet

That is a keeper. Keep those shock boots on. Gravel likes to work it way into the seal if it gets between the seal and the rubber bumper. I have blown a couple that way.
J

The shock boots were the 1st thing I bought for the bike as I wanted to keep those Noleen shocks working for as long as possible, and after my 1st ride on the bike (see above) I realised that the rear shock just gets covered in crap being situated where it is.
D

The rear shock on my 857 needs re-gassing .... there is about half a inch of free movement before any resistance. Its a bit different to others I've seen on here with a little canister attached to the main shock. I hope the pic shows it. Does anyone know where I can get this sorted, hopefully somewhere Rochdale/Manchester way???