I worked at Leisure Lakes near to Preston back in the late 90s and I found one of these frames in a box out back. I was torn, I had the funds and the price was good, but by then it was a few years out of date and I even though I was in the market for a new hardtail, and I'd always wanted one of these, I plumped for a Kona Ti, which I then later sold. I've always wished I'd bought that Klein, but no doubt I'd have sold it to fund racing. So perhaps its better that I found one more recently.

last July it was long drive across the UK to pick up the frameset, but it was well worth it.

All I had to do then was work out how I wanted to build it.

Its taken me 6 months to settle on a build and find the parts, in that time I've changed my mind lots, and its been nearly finished quite a few times, but now on a quiet Sunday, I've found the time to finish it off and I'm super happy with the results.

Thanks to everyone on here who's helped me source parts. 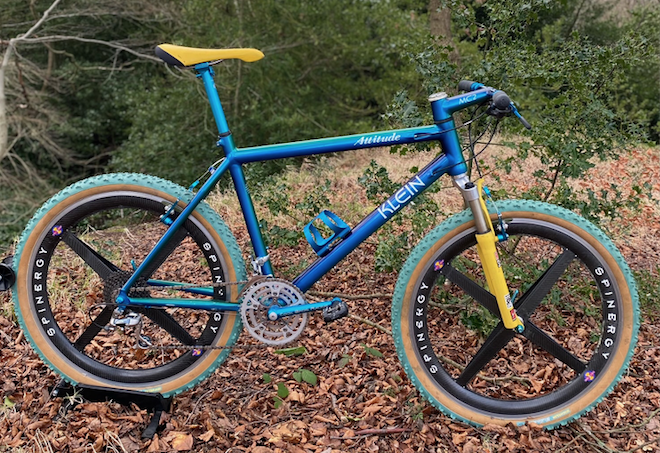 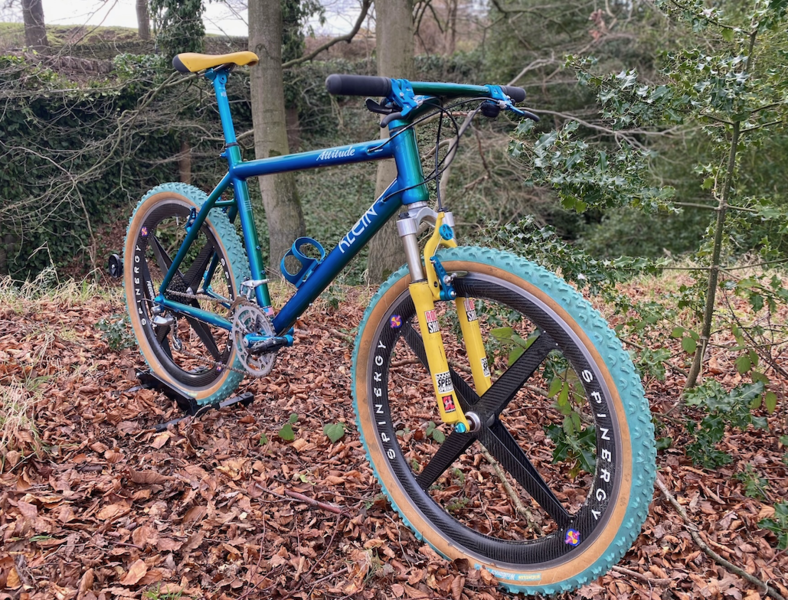 Most of this blue finishing kit was on my Yeti ARC, but I think it looks much better on the Klein, and the Arc has now gone purple, which I think works better for both bikes.

Spec with the blue build as above / current

There are a few things I'm going to keep my eyes out for to tweak this.

Ringle Twister seat clamp in blue being the main one.
D

Even though I’m not a Spinergy fan I could cope with that.

I’d be keeping it exactly like this but I’d go Ringle hubs/217 or similar if it was mine.

Even though I’m not a Spinergy fan I could cope with that.

I’d be keeping it exactly like this but I’d go Ringle hubs/217 or similar if it was mine.
Click to expand...

I can't say I diagree. I do have a set of blue Ringle's on Mavics, that I haven't had a chance to build yet. I might throw them on this and put the Spinergy on something else.
D

I’m the same with Spins. They capture the 90s so well but don’t look as good as other options.

I do however have a Zaskar on Spins that I’ve owned a long time as it’s just a bit different to what I normally build.

I’m guessing you have a shop judging from the pics of them on display?

d8mok said:
I’m guessing you have a shop judging from the pics of them on display?
Click to expand...

not a shop, but I do run a company that has a warehouse and we work as importers / agents in the bike industry. So its nice to have some interesting stuff in the roof and on display for me, but also for some of the bike shop owners who visit. The old stuff gets so much attention.
D

Yes totally agree. Whenever I enter a bike shop I’ve never been in before and they have 90s bikes on display you just know it’s a cool place to be. Most of the people I’m guessing in the business were around in the 90s so it’ll get folk talking.

I know my local shop well (Je James) and asked them if they would like my NOS Zaskar which they sold in 1996 on display but they were twitchy about insurance as it’s irreplaceable and literally the week after they were broke into and bikes taken.
You must log in or register to reply here.