About 10 years ago, I saw an Annapurna on the Second Spin page and I thought it was the coolest fillet brazed bike I had ever seen. I knew I wanted one and then I saw the price tag. Not a chance of buying one at that price, not to mention finding one in my size.
That bike started my fillet brazed bike journey. I bought, restored, and sold my way up the ladder until this nearly pristine 83 Competition in my size showed up, only to be sold within hours of me seeing the ad.
Amazingly enough, it popped back up for sale 3 months later and I grabbed it.
The original owner bought it as a frame set in 1985 from Rocky Mountain Canada and had the custom size bullmoose made by them and paint matched to the frame. He then assembled the bike with all 1983 parts- DuoPar rear derailleur, Campy FD, TA Cranks, DiaCompe brakes and levers, Suntour shifters, Araya rims, Specialized hubs, Suntour post and pedals, original yellow label Ground Control tires. Basically a hodgepodge build, but still catalog correct.
I decided to do a full black build using all catalog correct parts. Shimano m700 came out that year and offered all of their components in black or silver by and was offered in the 83 Ritchey catalog.
Ukai rims and Phil Wood hubs were also offered.
The Diagonale saddle was period correct as were the Matthauser brake pads. Terra One tires seemed like a perfect fit as they were tan wall and ready to ride as opposed to a crusty pair of original 80’s tires.
After months of tracking all the parts down, I finally finished it this weekend. 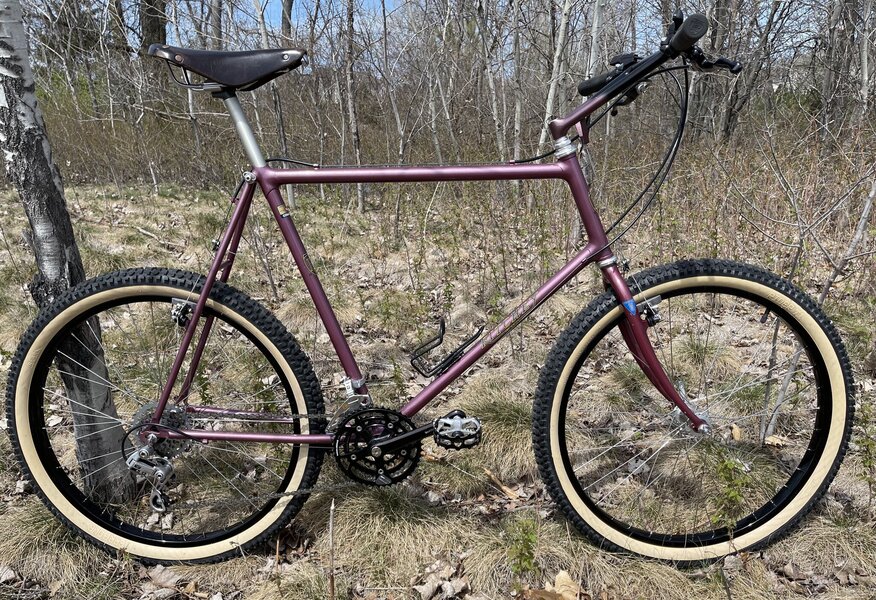 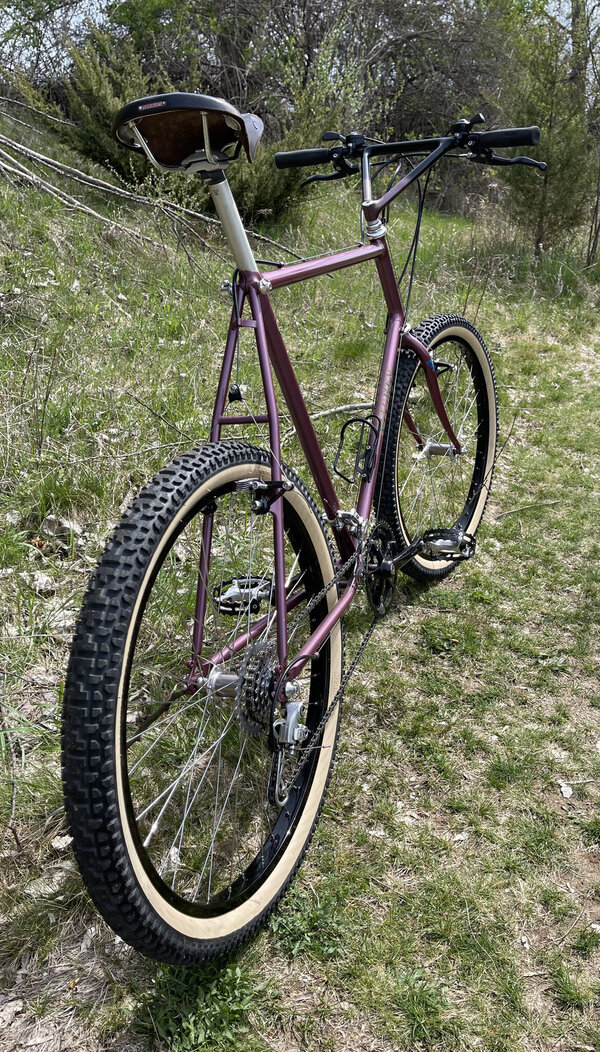 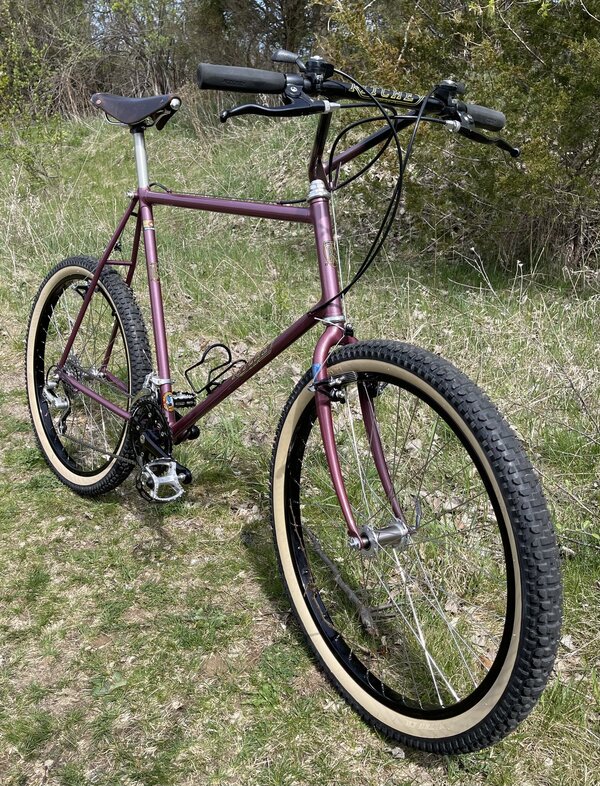 GT Fan
Very unusual but nice. What size of frame? The original owner must have been a huge guy with a long reach - or so it appears from your pictures.
D

Lovely bike.
You must log in or register to reply here.