Latest addition to the fleet, a 2006 IF Deluxe. 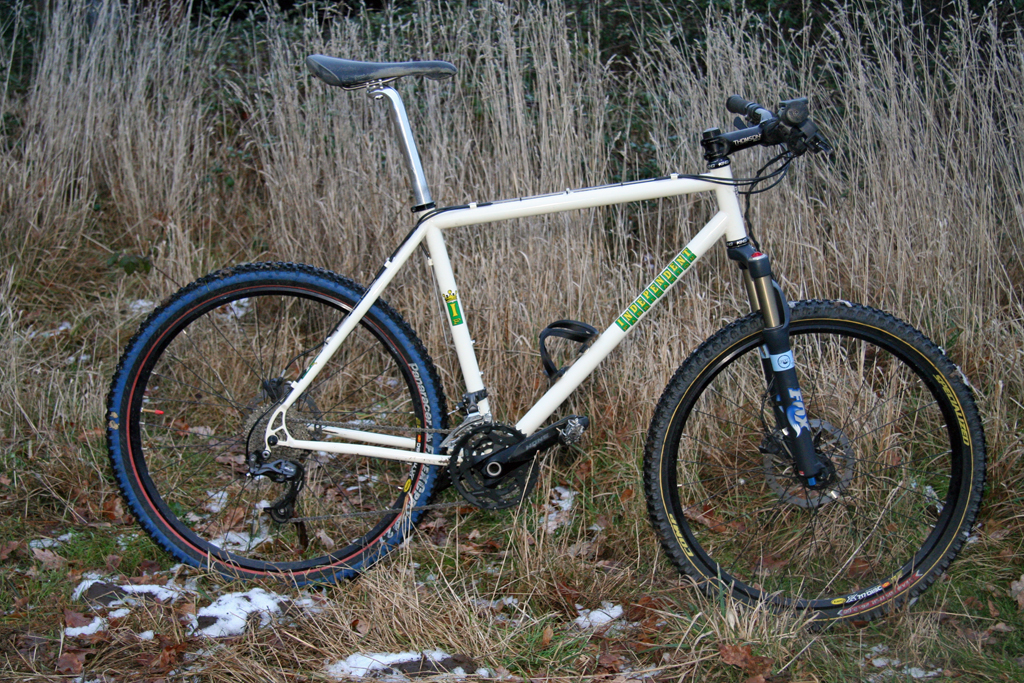 Sure a few might have seen this frame on the 'bay recently. Purchased hoping it was a reasonably good used (but straight) frame. Sadly the previous owner had damaged the seattube removing a stuck post, the tube is slightly cut from the hacksaw and he has also dented the tube from the inside :shock: On finding it wasn't quite as described I tried to return it. Seller was reasonable but clearly wanted rid, ended up getting enough of a discount to take a punt on it. One trip to the local builder to clean the seat tube and a bit of polish and the frame has come up well enough. 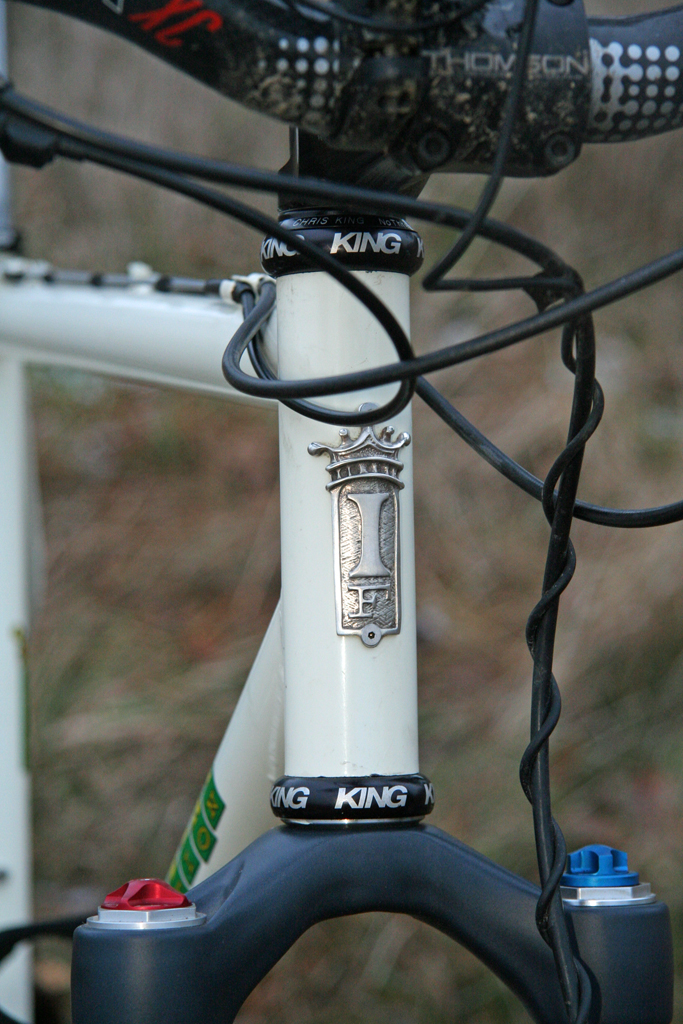 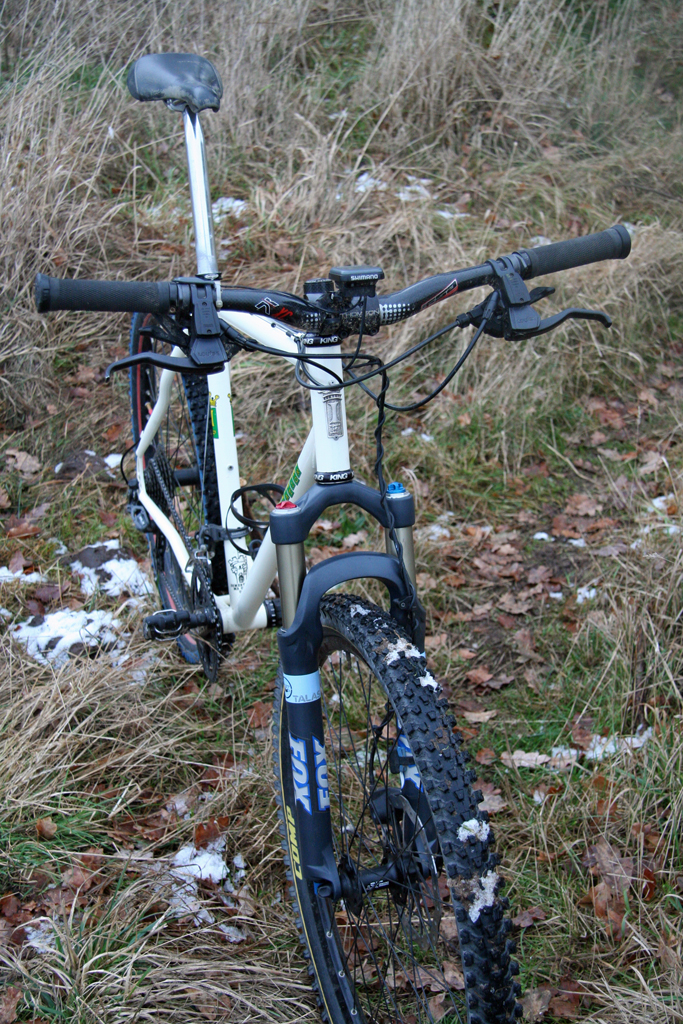 Spec is quite dull apart from the Talas X. Originally built a modern bike back in '06 with the idea of something cheap, modern and with a long fork and disks. A few upgrades later and here we are.

Love the ride of the frame, got that pep one expects from high end steel. Certainly pedals far better the 4130 vanilla frame it replaces. 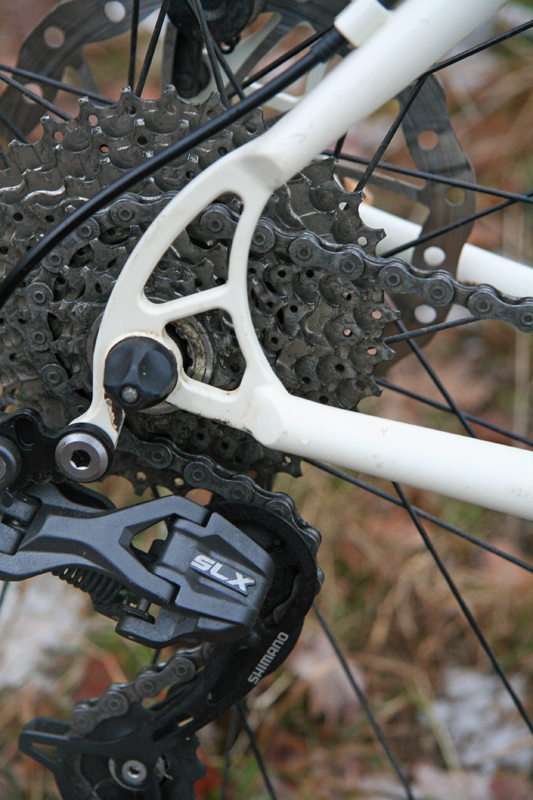 nice. must have been gutted when you saw the damage

That looks great, and a good size too!

And steel is the best for making a bike out of.

Was less than pleased. Still worked out ok, if nothing else I'll get a few rides on it (and it does ride nice!) and a nice head badge.

Aware the tyres are mis matched, the other fire got a rip. Need some new treads, buying tyres now gives me a headache though. Can't just get 2.1 Z Maxs and stick 4 bar in 'em.
D

Very nice, gutted I missed this myself !!! Do love a white one

Amazing bike, I'd even go as far as saying an IF is one of my dream bikes. Your a lucky chap
S

u could send it bk and have IF refurbish it!

Indeed but your probably talking serious dollars
You must log in or register to reply here.