(not for the purists sorry)

While doing my second project (https://www.retrobike.co.uk/threads/voodoo-d-jab-titanium-retro-modern-build.426519/#post-3146195) I rescued a Cannondale frame + fatty from the bin for 30€.
Fatty was dead and the paintjob not good at all so I left the frame in the corner of my flat waiting for the right idea.

I first wanted to build it as it was in 26" cause I found a nice set of coda expert wheels but I already had my Voodoo so I wanted to build something that fit more as a city / fire road bike. 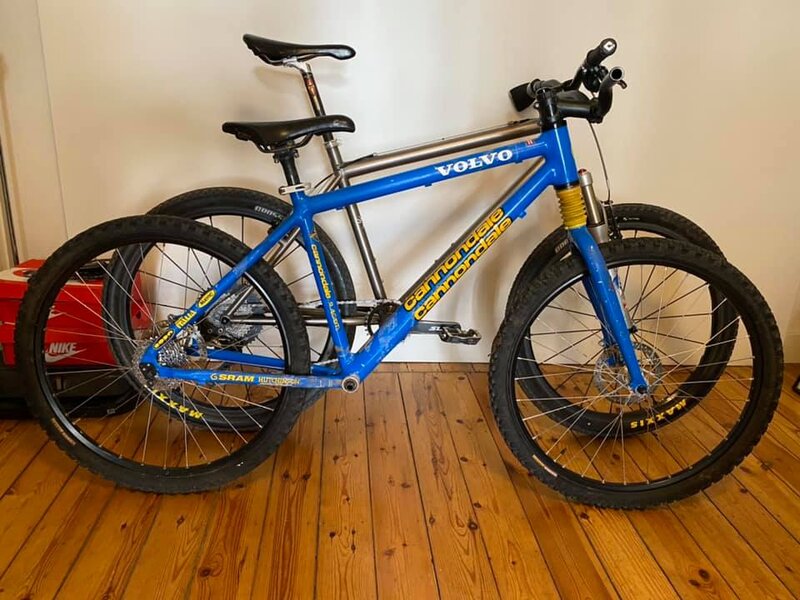 I wanted to do a 29" conversion so in April I started gathering parts with a fix budget of 600€ for the build, I had many luck on components and ordered some chinese parts to save some cash.

I went for a Deore 1x10 groupset with a 11-42 cassette and 38t chainring.
Wanted something light so I sold the dead fatty who was too expensive to repair (around 300€ here in france/belgium) and replaced it by a carbone fork.
Some beautiful formula oro bianco brakes in 160mm, they works really well, wanted some Hope but those formula where damn cheap and in full working order.
Had less luck with the crankset, bought a race face next sl for cheap, it was for a reason, lot of play in the right crank which is a common sickness on those, seller vanished couldn't sent it back, works for now but I need to replace it not a fan of the noise it makes.
Bought some second hand tyres in perfect shape, michelin power gravel in 33mm (max i can put in the rear) really happy with them tried them under all conditions and they never let me down. 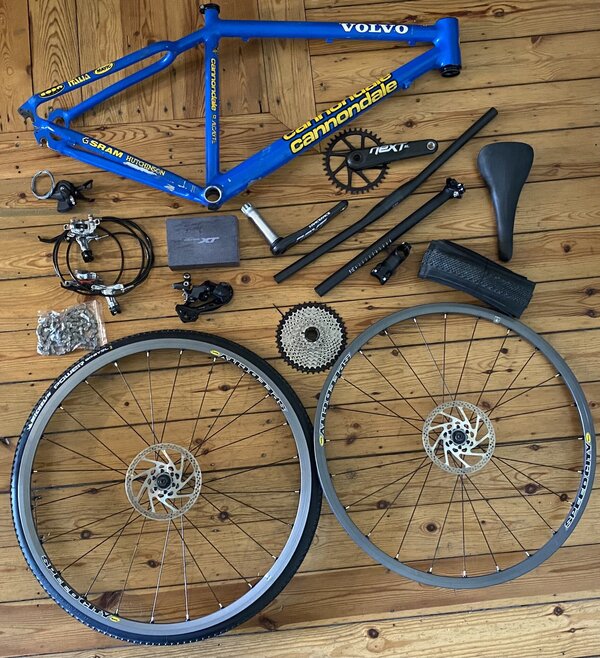 I first went with Mavic Speedcity wheels which are made to be on 26" mtb to transform into a 700c city bikes. But wasn't a fan of the look and the weight. 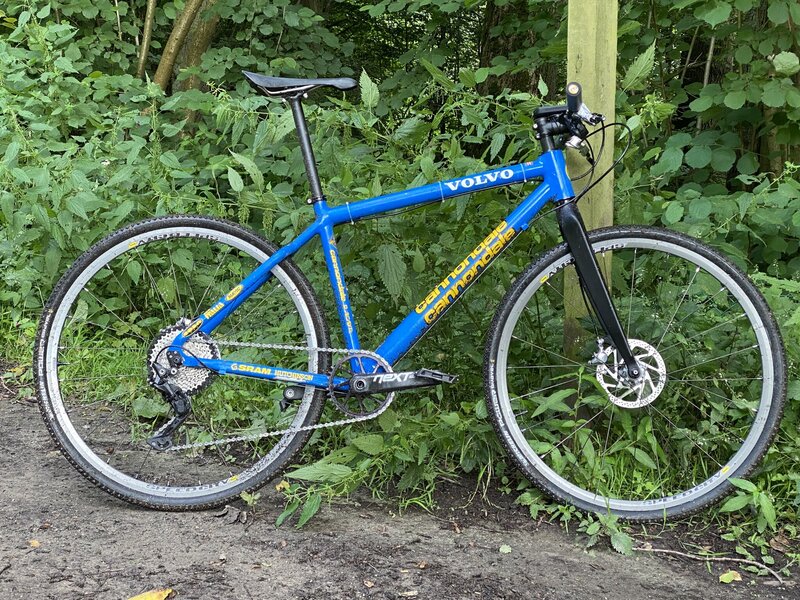 Luckily I found a pair of Mavic Crossmax Elite, I looooove the look of them full black I took off the stickers and those red hubs!!
Bike looks way better and here's some quality pics of the build ! 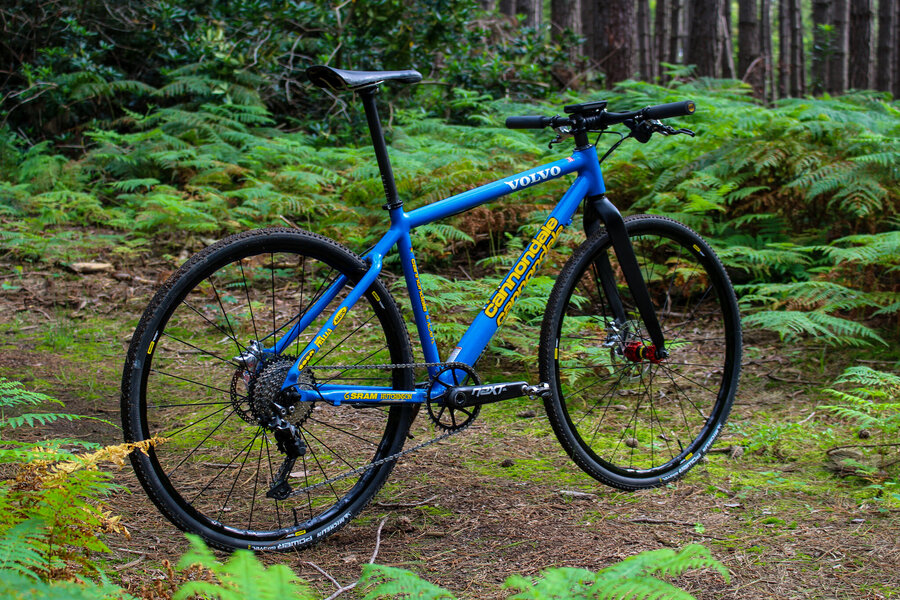 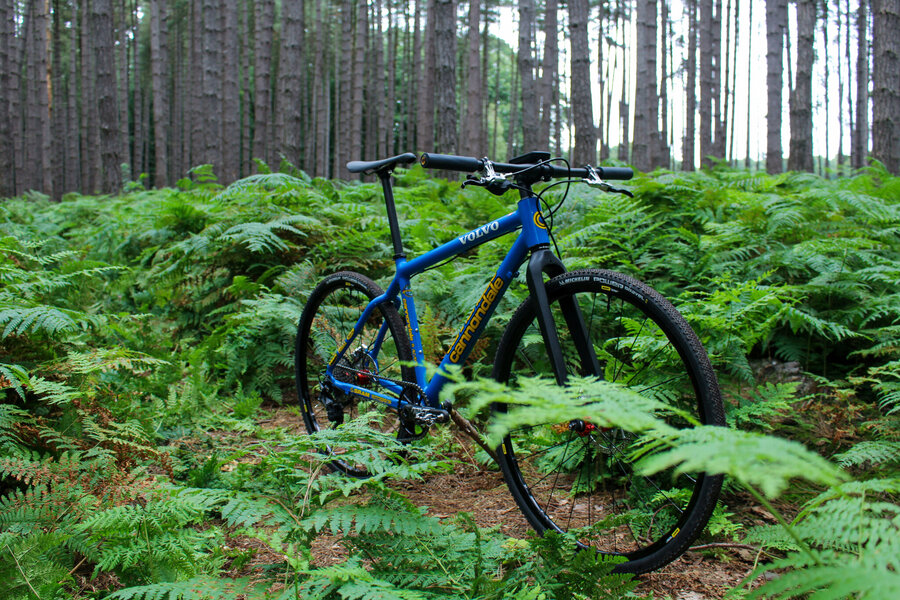 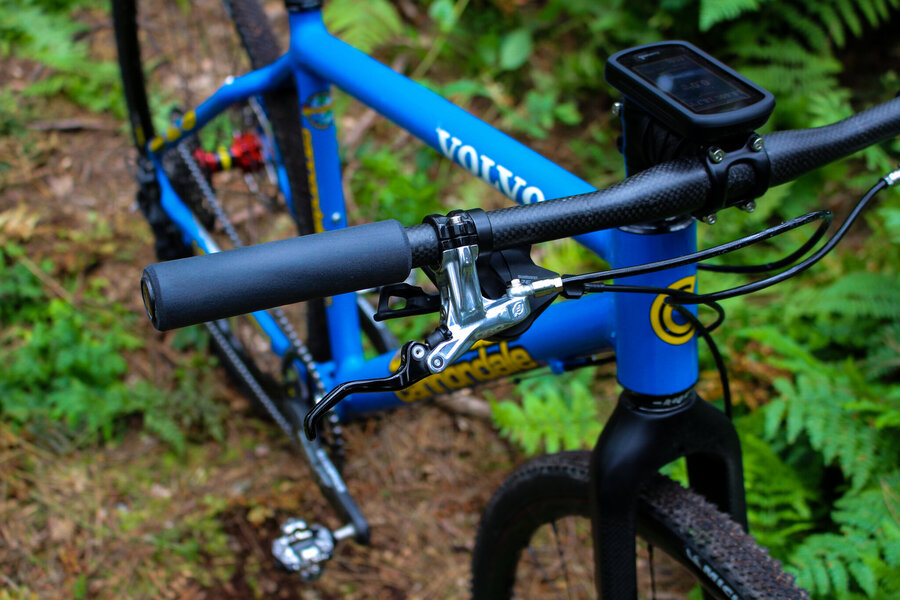 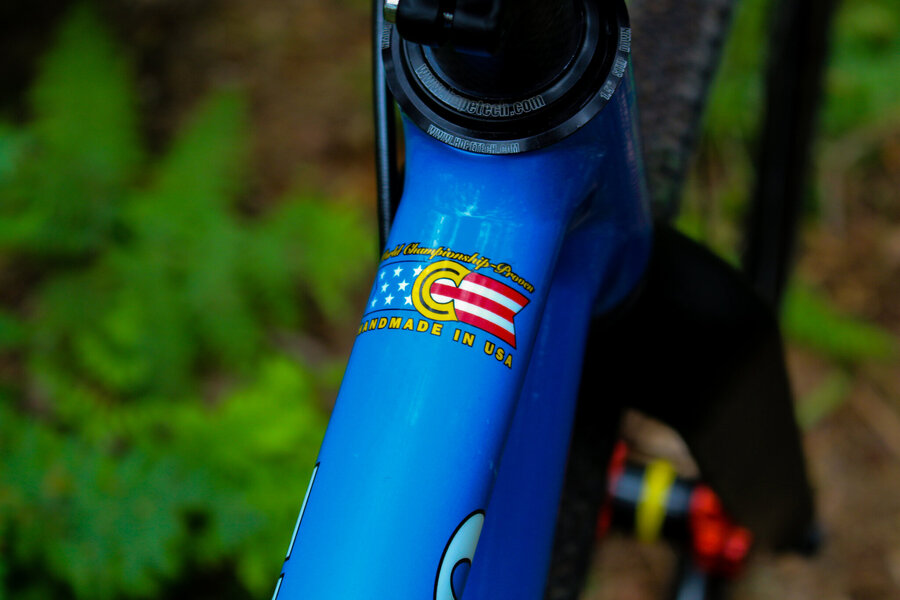 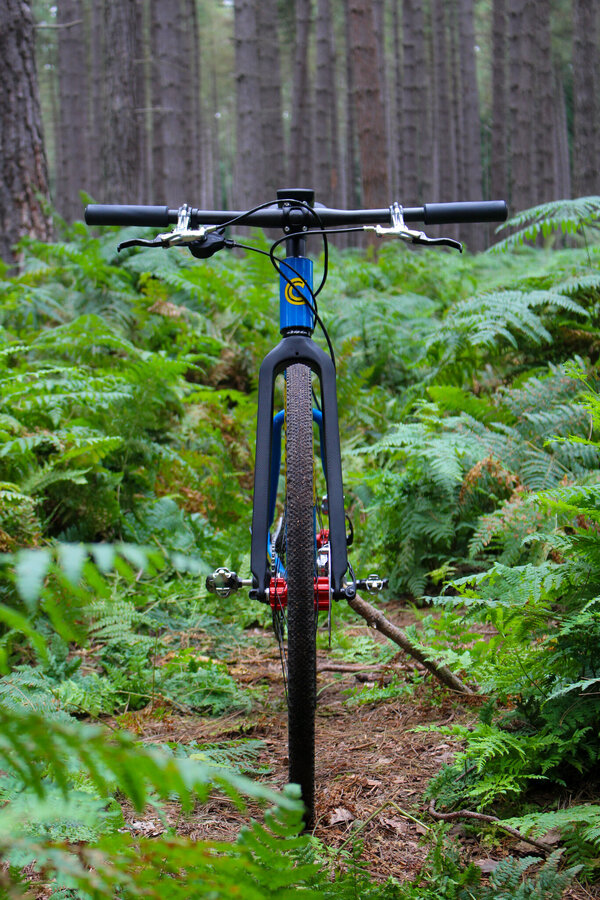 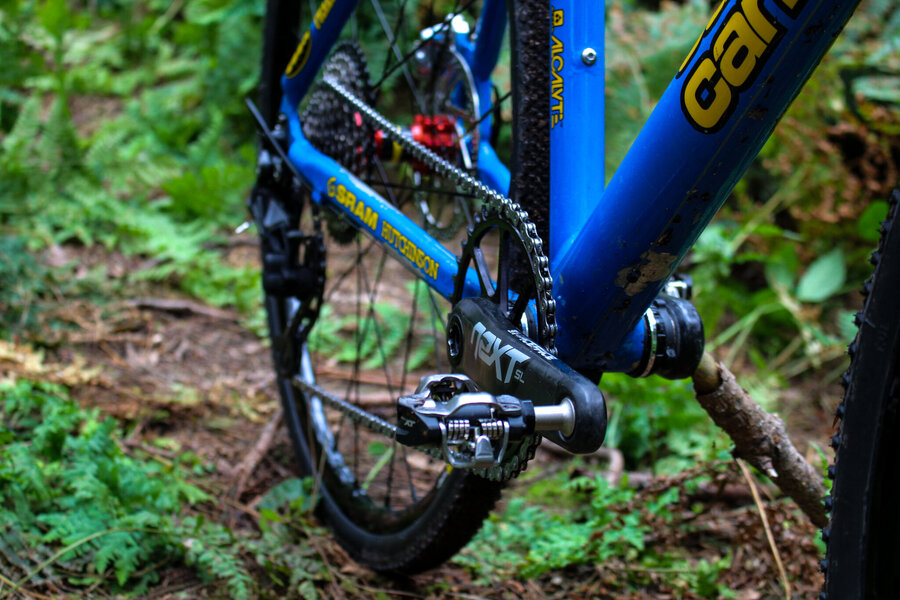 It rides perfectly it's super light, looks great and I'm really happy to have build something original !

Sadly after almost 200km with it I discovered the right drop-out is really worn out and there is a hole where the wheel axle stand, I didn't saw it cause you can't really without taking off the derailleur hanger.
It made the rear wheel not straight and mess with the disc alignement, for now I put epoxy I'll see how long it'll last but I'll need to find an aluminium welder in Belgium to save the frame cause i really love it 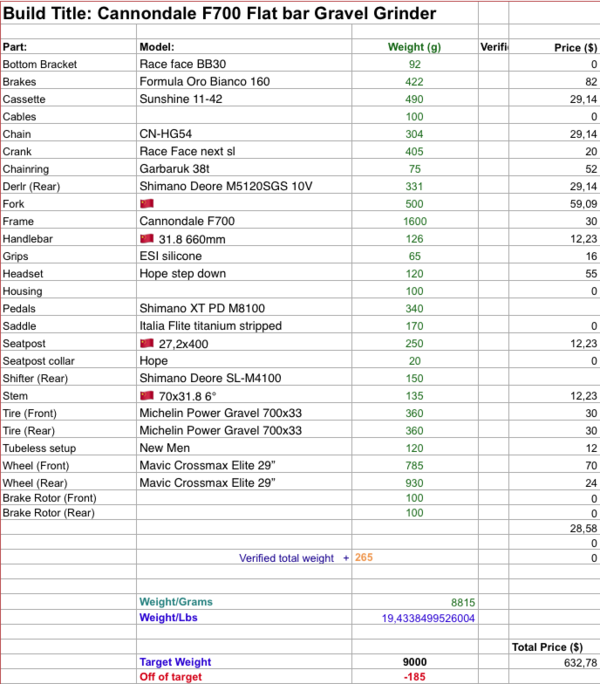 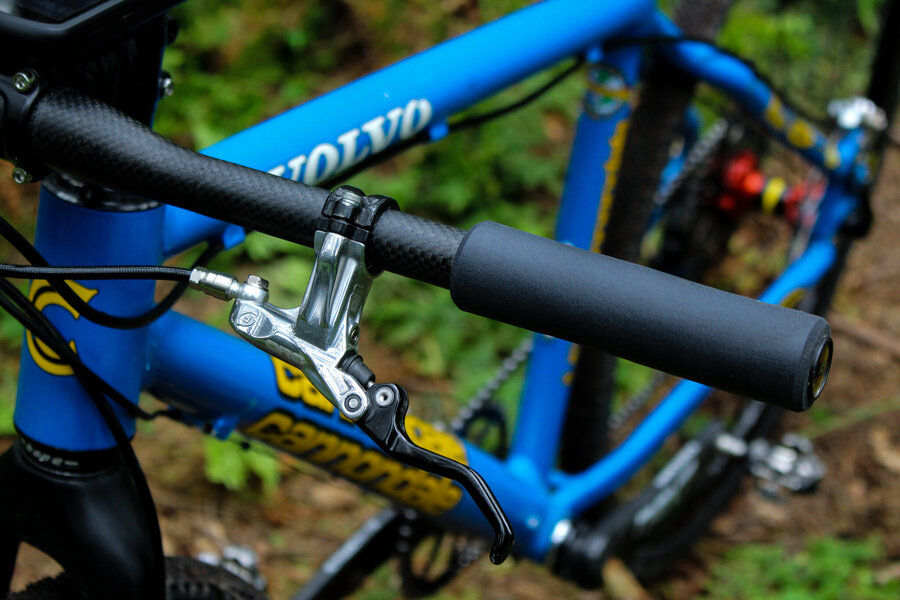 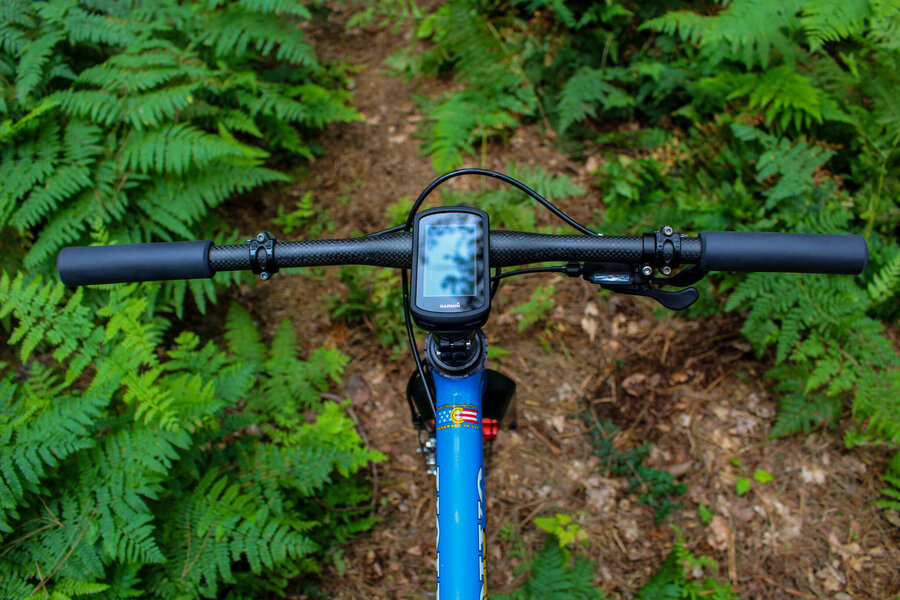 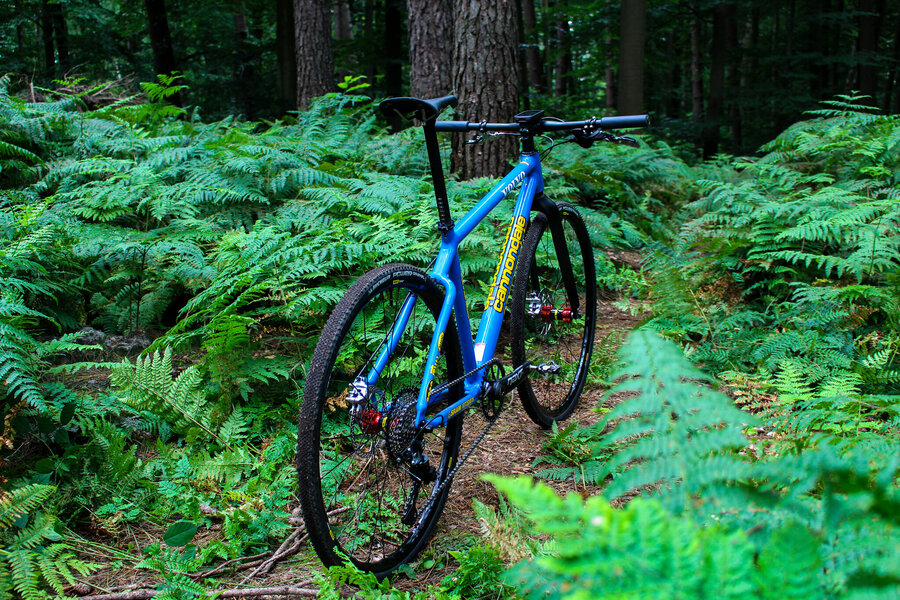 Looks absolutely superb, and bet it rides great too.

Orange 🍊 Fan
I have always loved these, and that build looks fab. Reckon it'll go like a scalded cat - looks like a very quick bike!
S

Super build, did you respray the frame or just repair the scratches, if so what colour did you use?

shedobits said:
Super build, did you respray the frame or just repair the scratches, if so what colour did you use?
Click to expand...

Thanks for the nice comments !

I wanted to repair the scratches with touch up car paint. I ordered the color « Volvo blue » that looks really close on all the paint websites but when I received it the blue is way to light compared to my frame
You must log in or register to reply here.