This is a rare beastie.

My first real mtb (not counting my 5 speed Raleigh Marauder!) was a 1993 Saracen and I spent far too much of my early teens staring at pictures of the Kili Ultra and dreaming.
I've missed a few along the way and kicked myself for not buying a 1997 one on here maybe ten years back. That particular one had the rigid Ti forks too, it was parted out which I think is a shame - I would love a set of those forks if anyone out there has a set btw.

I stumbled upon this one by chance on a break from work, every once in a while I have a habit of googling particular bikes to see if there is anything out there that I've not come across before. Long story short, I found this one for sale and arranged to meet the seller and now it is mine

This has been owned from new, the seller was a really sound guy and only selling due to ill health. I spent a good hour chatting with him and its fair to say he loved this bike and has kept it in amazing condition, he was very sad to see it go and I think knowing that I won't be parting it out helped. Also if I do ever sell it I will offer him first refusal.

It is practically as per the catalogue except a few things seem to have been downgraded from factory spec, it has XT hubs and brakes rather than XTR. Other than that I think it is original and the seller told me he paid slightly less than the £2999 rrp so the downgrades make sense. He had the decals removed years back to make it a little stealthy. It weighed around 23lbs when I collected it, however I have switched out quite a few elements for lighter/more modern items as I will be riding this.

I have fully stripped the bike down and will update this when I have it completed, I have added 1997 decals by Gil the 1998 ones are in my view fussy and I prefer the look of the older ones. 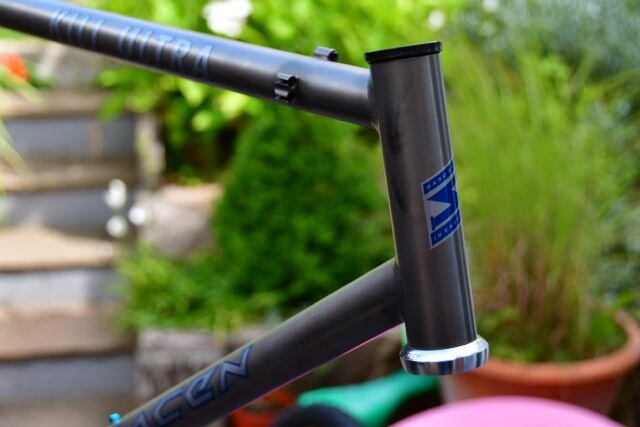 Lovely. Can't wait to see this. The length of that headtube!
P

coomber said:
Lovely. Can't wait to see this. The length of that headtube!
Click to expand...

Ha yes it is a 19" frame, lucky I am over 6'! Stripped and rebuilt the first edition SiD forks today, still incredibly light. Assembling a few goodies, I am keeping the UK feel with USE stem, bar and Ti seatpost (all modern though) 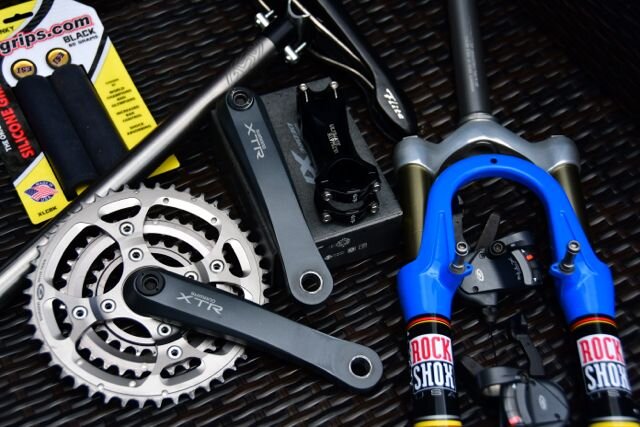 So I just about finished the first build of this and took it for a 30min shake down ride and nothing fell off or broke which is always good!
It weighs a few grams over 22lb complete, which I am more than happy with as I haven't gone full weight weenie on this, I could switch the inner tubes and get it down to 21lb something I guess, but I don't really care tbh.

It rides really well, very quick on the road and light trails and responsive on the hills. Twitchy steering compared to my Voodoo's 120mm fork and relaxed head angle though!
I love it. I had a few dodgy jumps on the cassette, indexing is good so maybe it has some wear. I do have a 5year old XT 1x10 set up which I was toying with for this, I might switch it over at some point.

Other than than I think the SID is leaking air very slowly, but otherwise it is performing well.

Will take some more pictures when I have time. 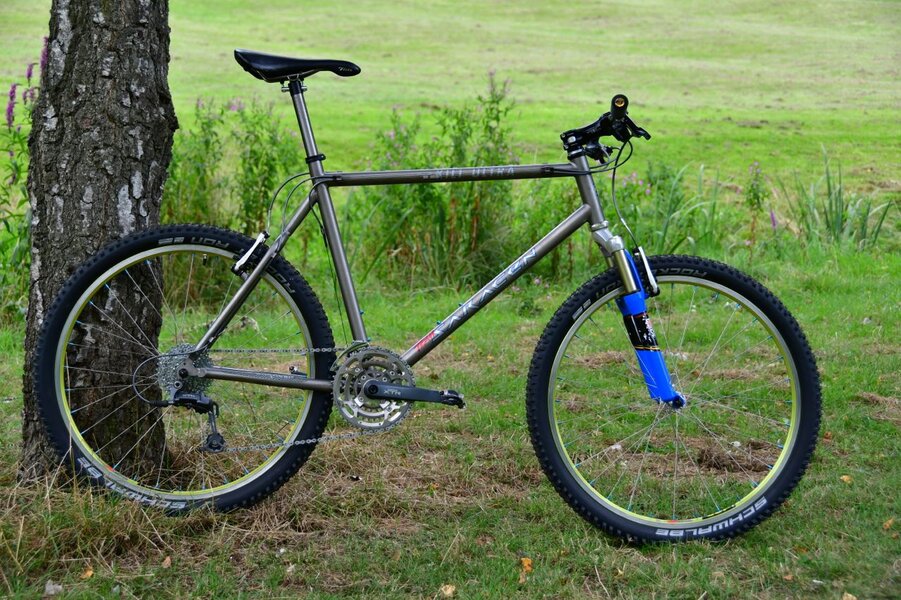 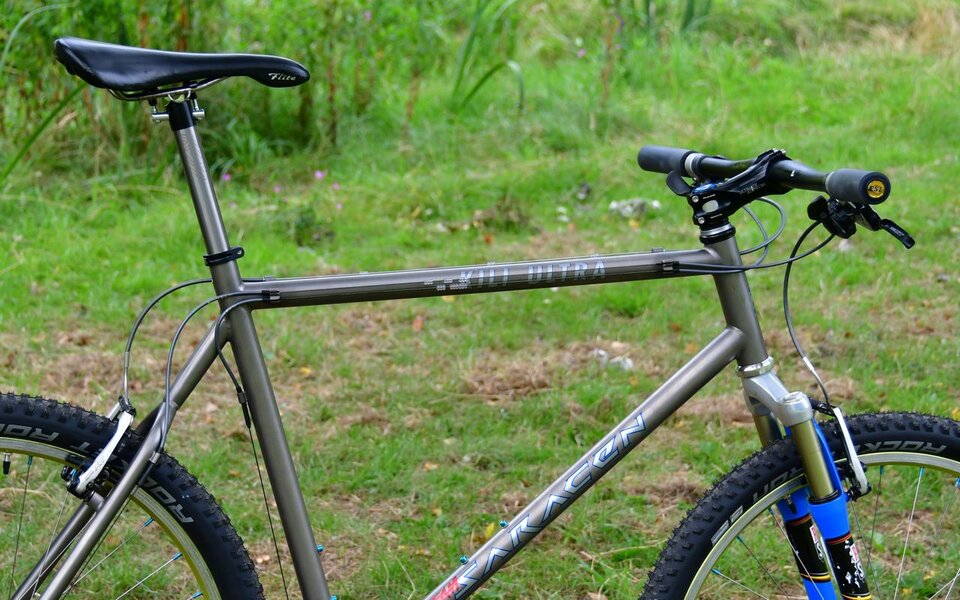 Thanks. I do really like the earlier 93-96 models without the wishbone rear stay..however I do love this bike already. I am definitely keeping it!

Nice and there are some good examples on here and also a couple on LFGSS fairly recently. The wishbone on the steel frames is better executed than on mine I reckon (cast on yours? and mine is Ti tubes welded together).
You must log in or register to reply here.