I've been repairing and building bikes for 20 years now and also done some limited restorations, but this was definitely my first total restoration. When I found the bike it was headed for the junkyard, it was sprayed with rattle cans and was pretty much made of 22 years of high use no maintenance. Positive thing was that it still had almost all of the original components on and the frame was still solid without any major problems.

Tunturi itself is a traditional Finnish bike company who has been in the markets since 1920's. In the 1990's they were one of the many quality MTB frame designers in the world and were for example using plasma welding on their bikes, like also in this Tunturi Kayapo. They had their own MTB teams, downhill bikes, and riders, and the highest end models included titanium frames with XTR.

A) It is Finnish made so it was around and available very well in the 90's Finland
B) Back then it was a REALISTIC dream bike for many kids with full STX-RC (little less than 1500€ converted to current money value)
C) The beautifulishly awful 90's colour scheme made it one of the most iconic MTBs for some of us Finns
D) Living in small towns in the 90's we didn't even know about any titanium GT's etc. so the dream bike bar was set low

I got it last Autumn and of course started by taking everything apart and checking the condition. First I spent hours in local car paint shops to go through all the colour palettes and finding a colour that would match the original. I also contacted Tunturi about it, but back then they apparently got some big shipment of custom powder paint for these and it didn't have any certain colour code. So no help there. Finally found some Mercedes AMG colour that was almost identical to the one on the frame. Then I had the basic fight with stuck BB, filled some small dings on the frame, sandblew it and took it to the painter. Alongside I started going through the components either polishing, or in most cases wetsanding and polishing them, basic hubs/wheels etc. maintenance and replacing wear and tear bits.

Then I got to the hardest part, sorting out the decals.. :roll: No chance of finding ready sets for these, so I had to photograph the old ones and learn the dark arts of vector drawing. There was EIGHT different decals on the frame plus the ones for rims. And then there was the STX-RC decals.. :shock: Well long story short, I managed to do them all with time, even the foil stickers, it was affordable and the quality was ok. But the decals were definitely the most challenging and time consuming part of the whole restoration.

The resale value of this is minimal, but that's not the main reason most of us do this. For me it's an extremely important and iconic bike and the hours spent on it were just pure fun, especially after seeing it all finished!

So next up tackling my -91 Marin Palisades Trail, but here's some pics of the Tunturi Kayapo. 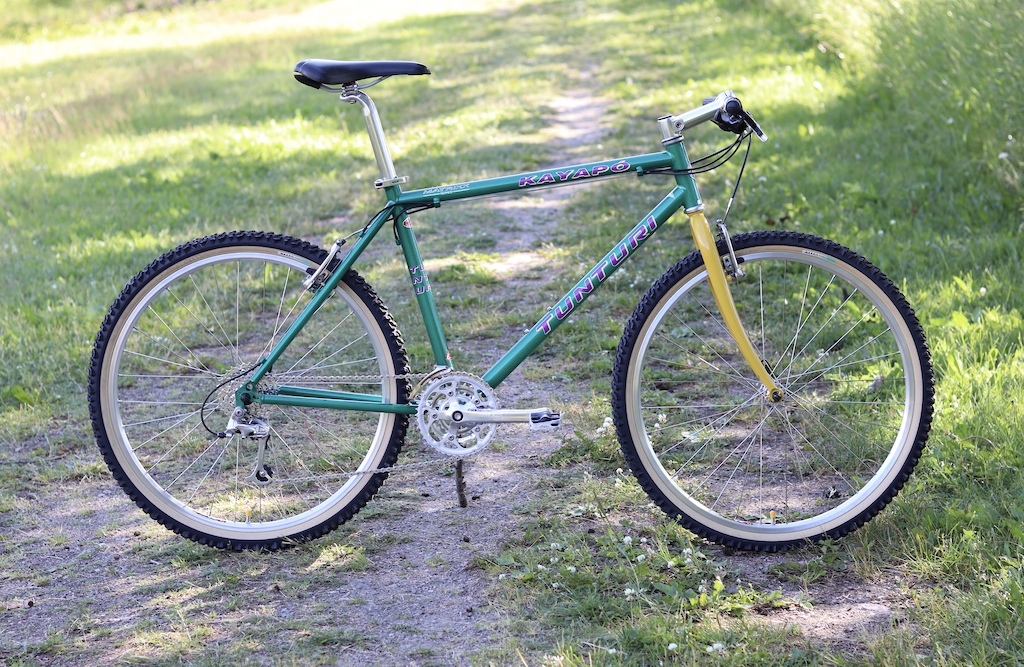 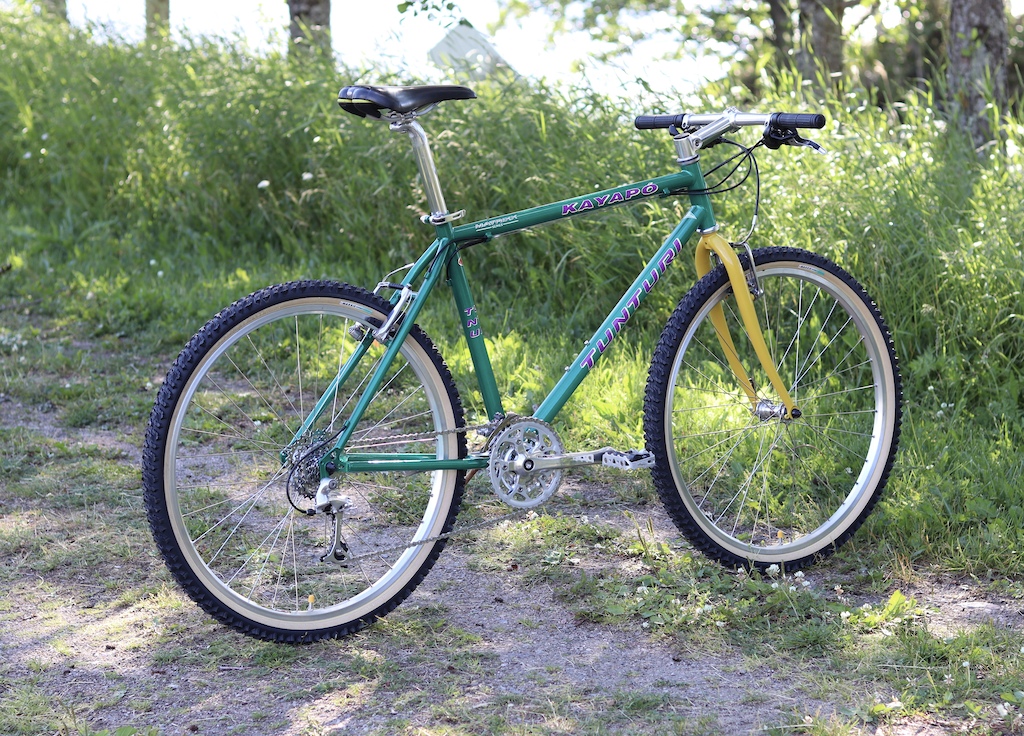 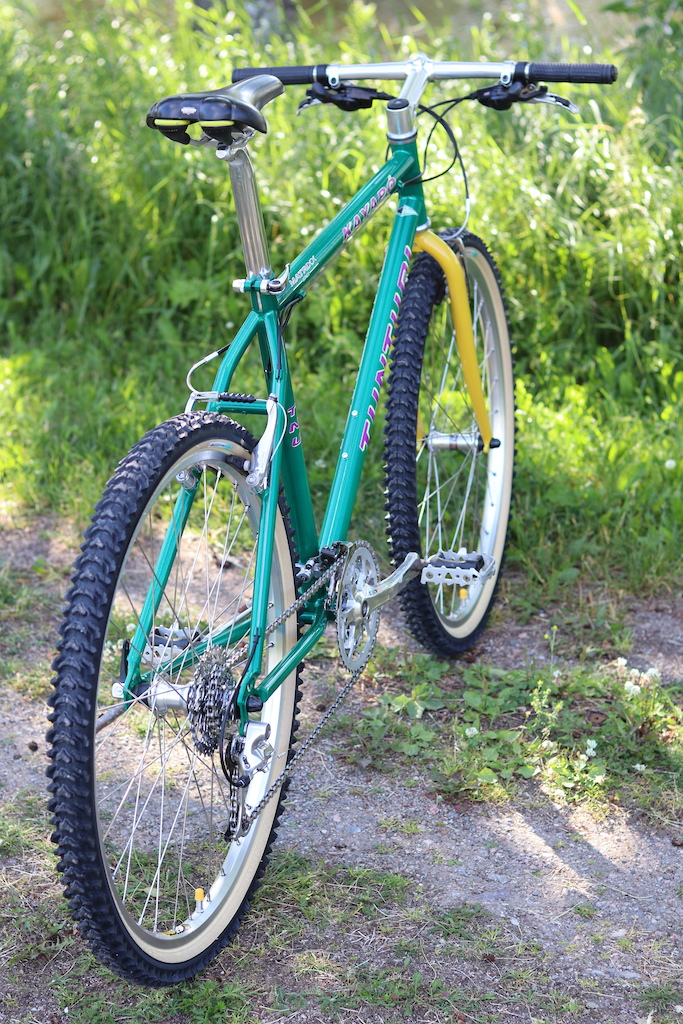 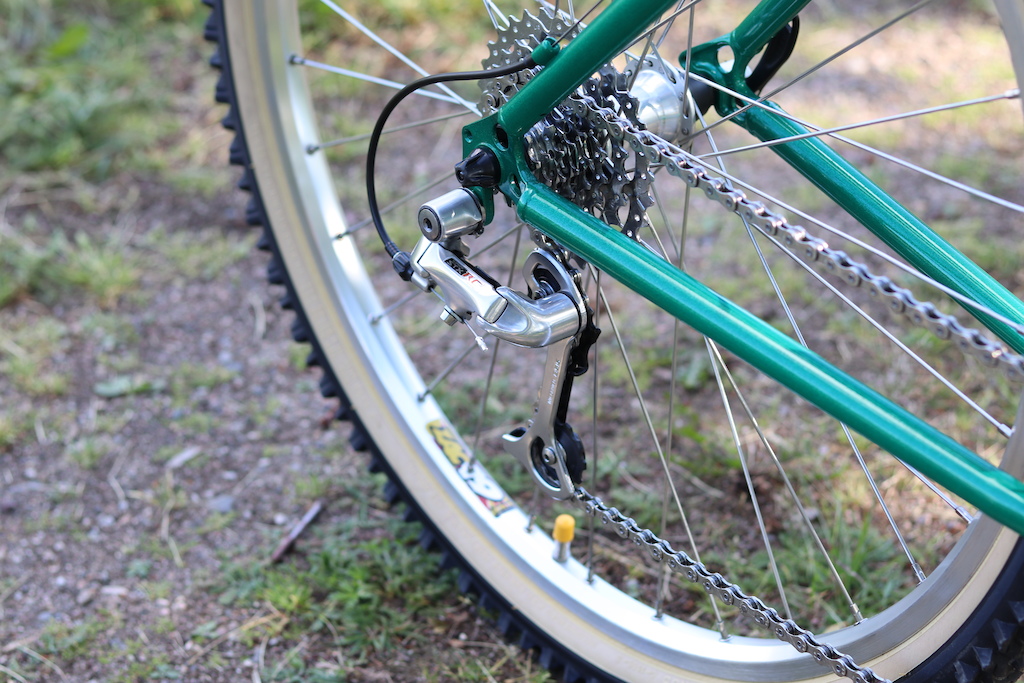 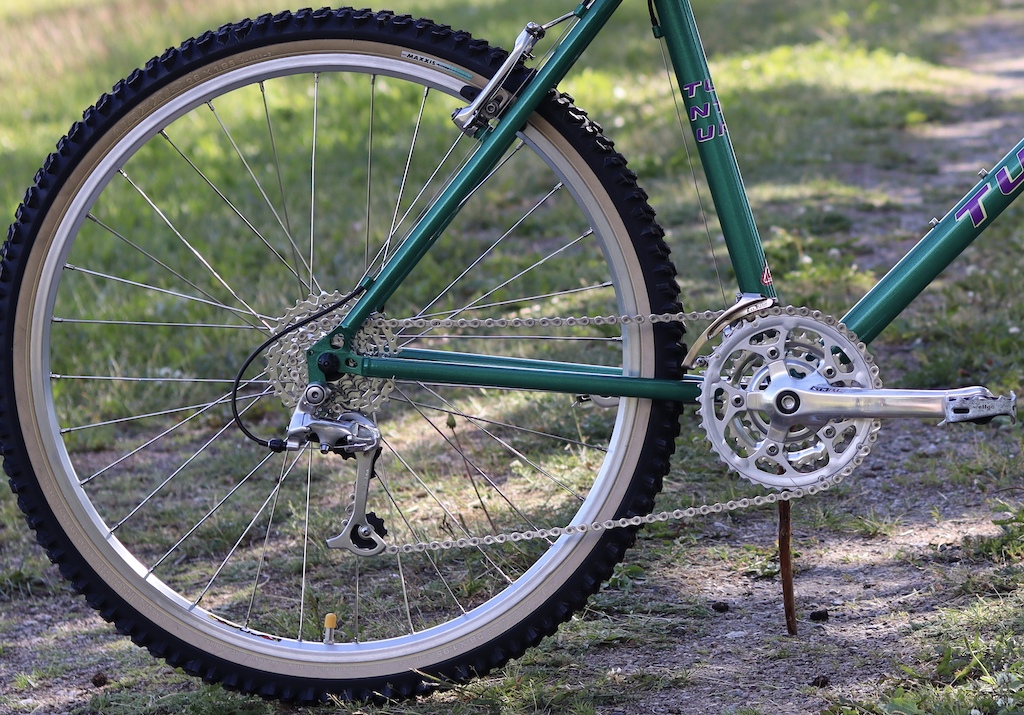 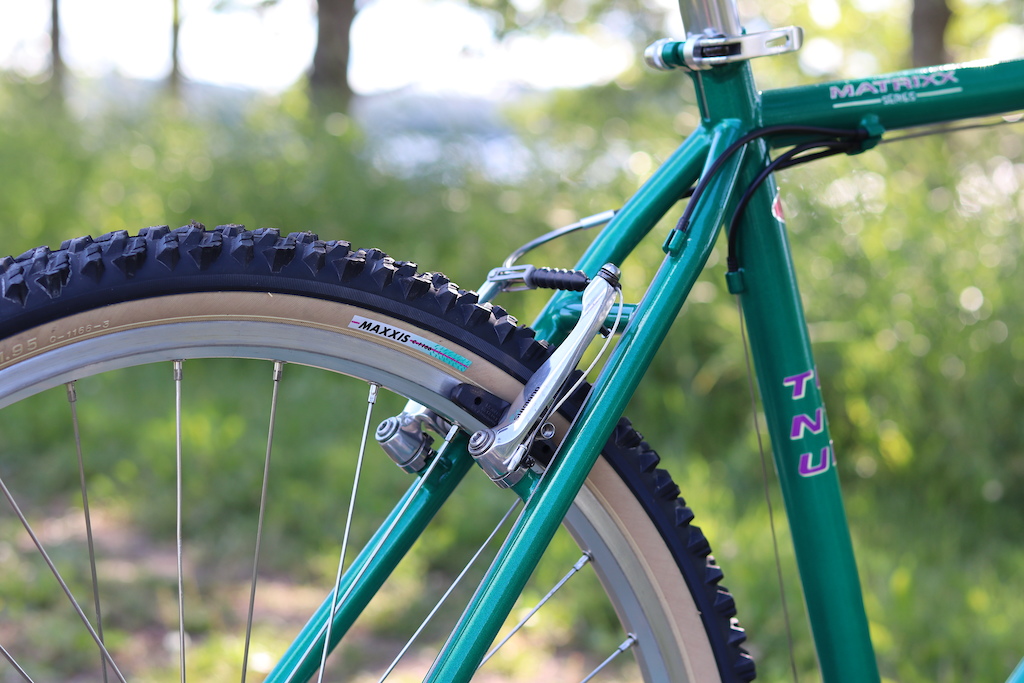 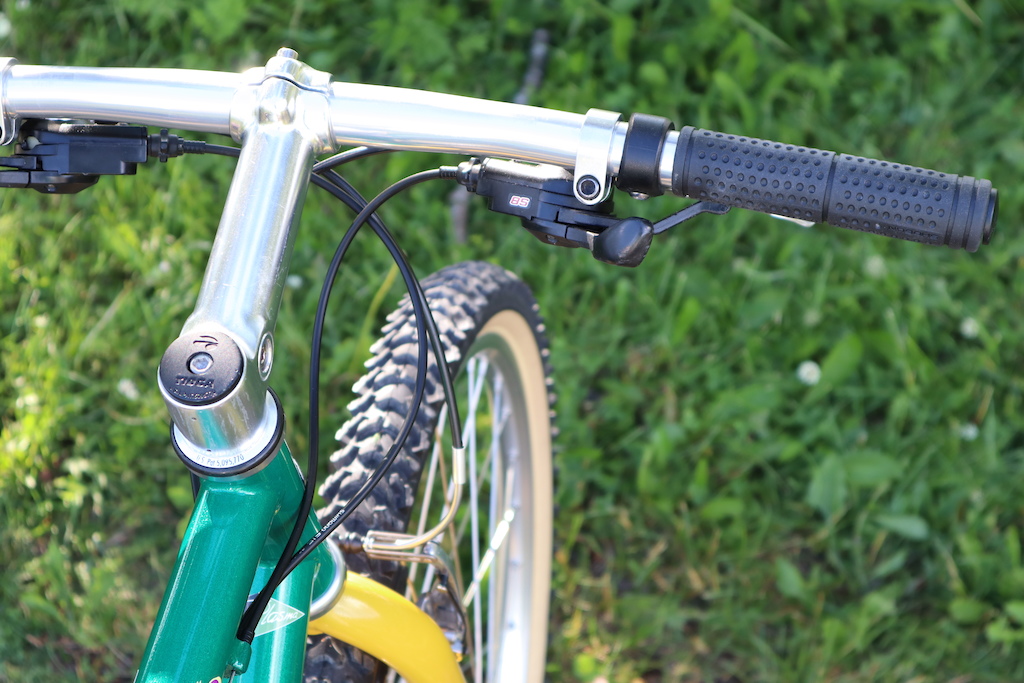 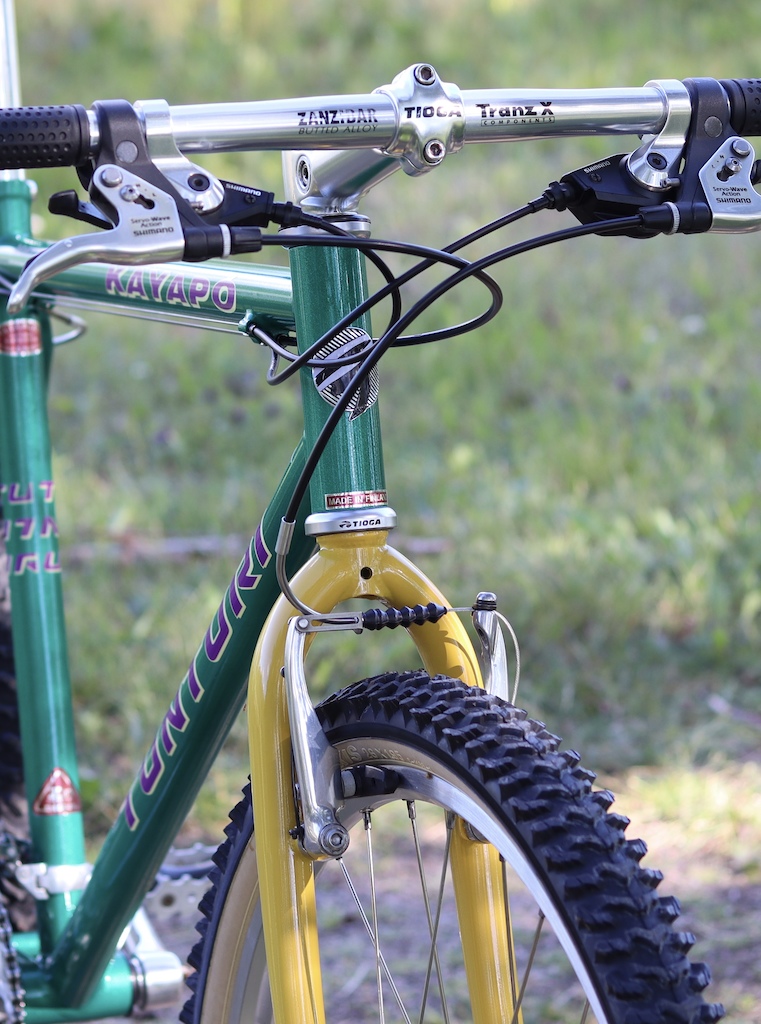 Lovely looking bike- any before pics?

Thanks guys, appreciate it! As I said this was my first full restoration, so I unfortunately kind of rushed to taking the sad looking bike apart before understanding the value of before pictures..
You must log in or register to reply here.