I've not lost my marbles... honest - its got two wheels not four

After many years of admiring the 1997 Porsche bike S from a far, first of all in Life style magazines when used as a prop for the latest Porsche 911 etc and then via various but in frequent posts/builds on here I’ve finally got to own one…. In one sense the wait has made this one all the more special.

I spotted it as a result of Mike (The Seller) posting a link to it on here and in an idle conversation with my wife one Friday afternoon about god knows what, I jokingly mentioned I’ve just seen my 50th birthday Present ! - To which she responded that’s not until the end of next year … and don’t say it’s another bike – she was right on both accounts, after a bit of banter and even more cajoling on what was special about this one, I sent her the ebay link as she just wasn’t feeling the love, and so the conversation moved on and ultimately ended (I still saved the listing so I could look at it another day)

Secretly I think having viewed the pic’s she too appreciate it more than she let on, and bless her behind my back she contacted the seller struck a deal…. So here it is 14 months ahead of my 50th and one road trip to central London later.

Michael the seller and original owner from new was a really nice guy, sadly my timing was awful and my visit was a brief one however I have his details and hope to get the full back story in due course, or perhaps Mike might humor me and detail it here for posterity…. Anyway not often you get to own a bike purchased from a Porsche dealership in Paris.. certainly beats Halfords in Bognor Regis or mail order from Evans

The bike is in great shape and has obviously been well loved, aside from a good strip and a mega clean/polish and some new elastomers/Tyres it’s good to go, at some point I’ll return the group set back to full Sachs as the rear cassette and chain are SRAM 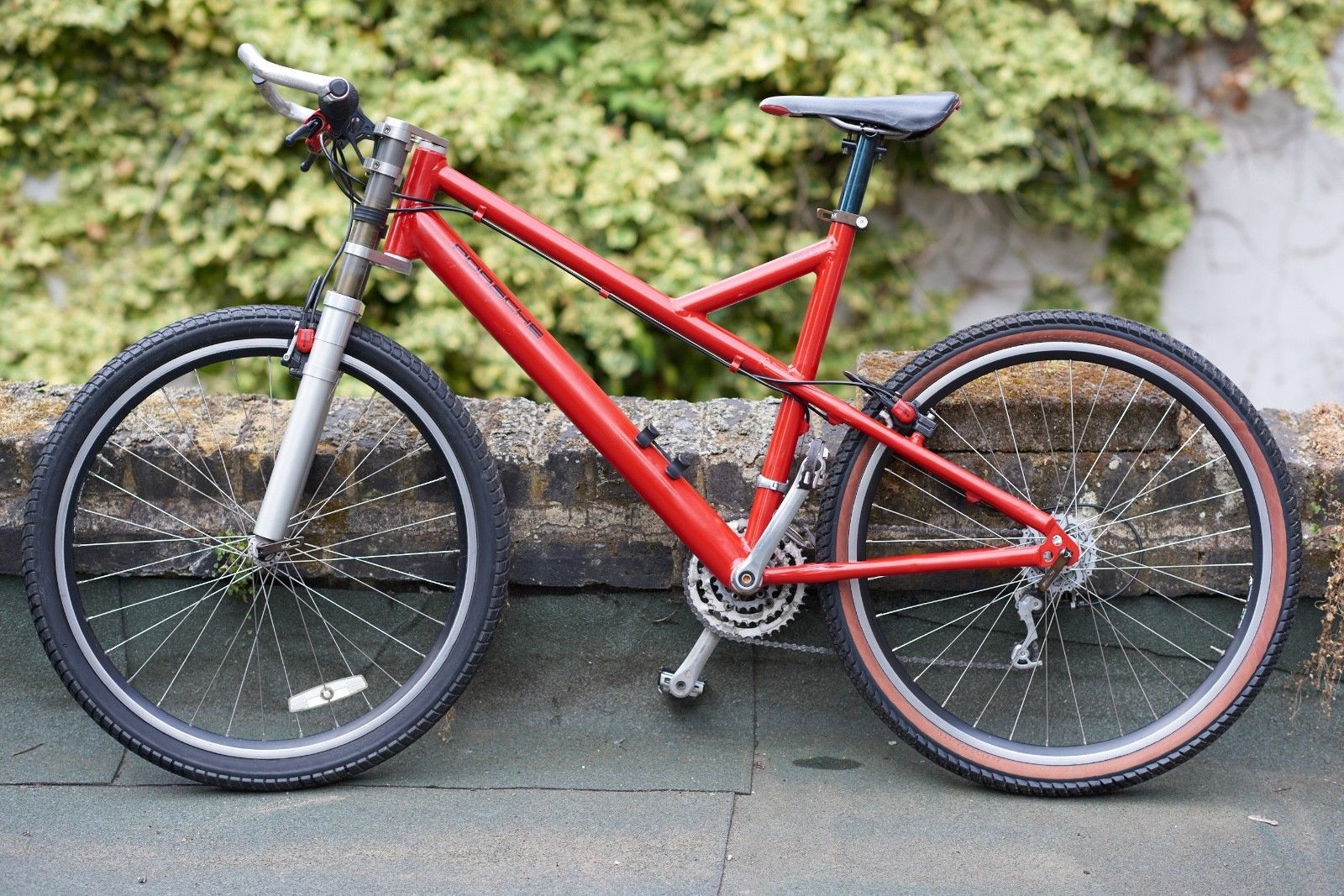 only a Trimnel fork comes close to these... the engineering is something to behold and Marvel at in equal measures ! 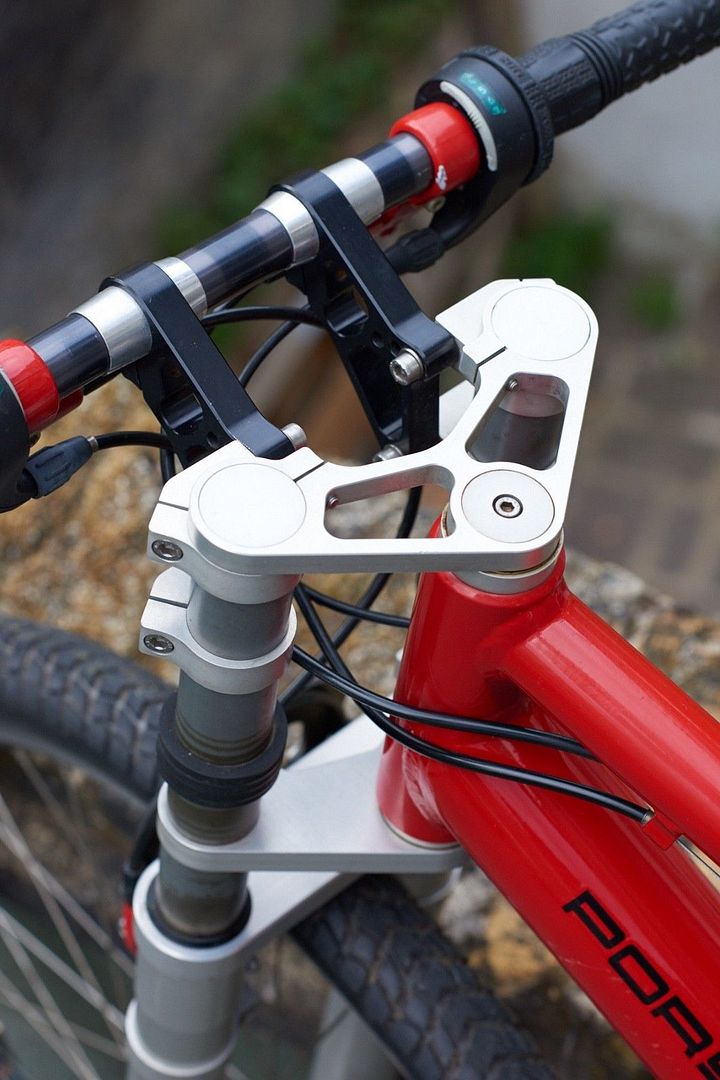 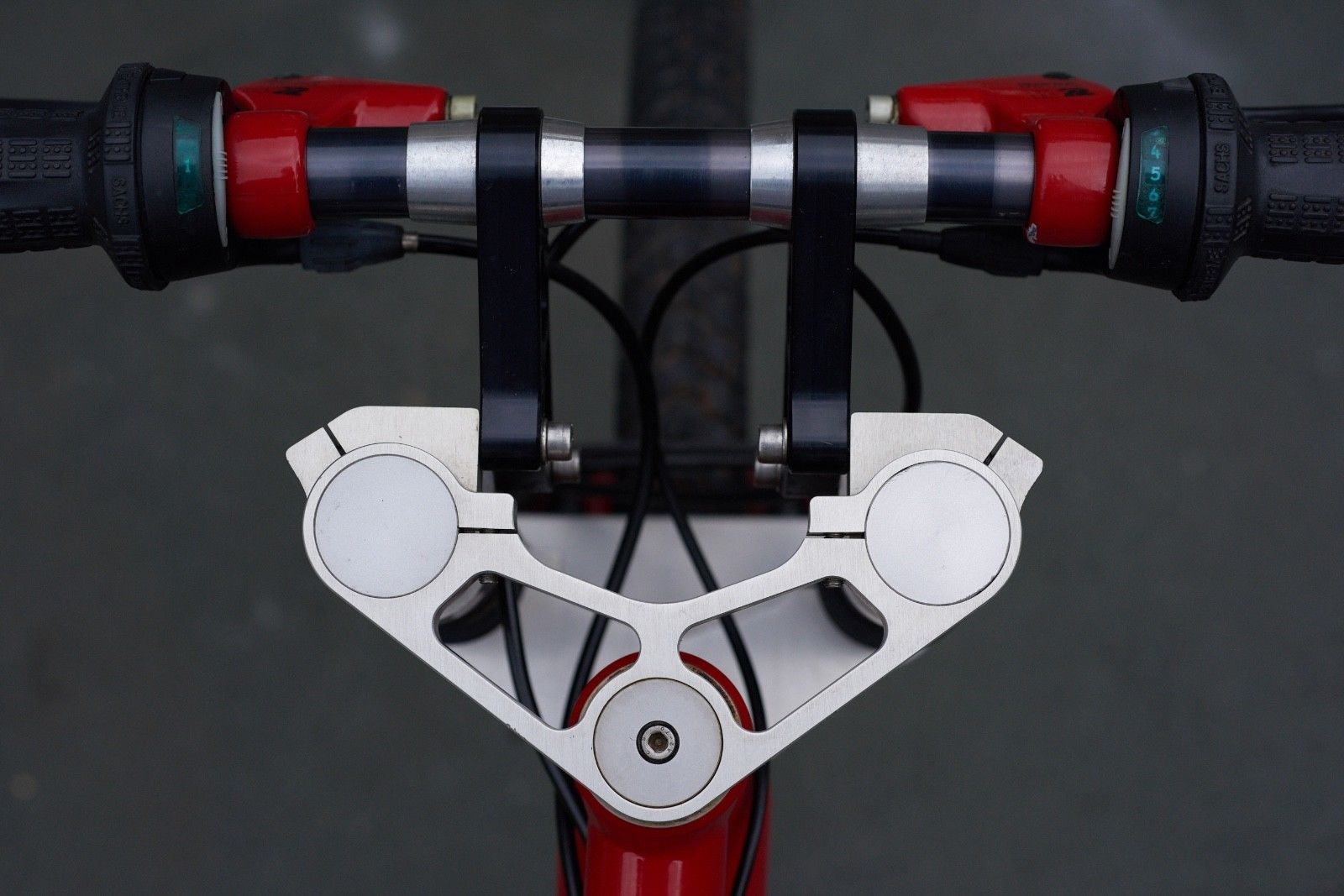 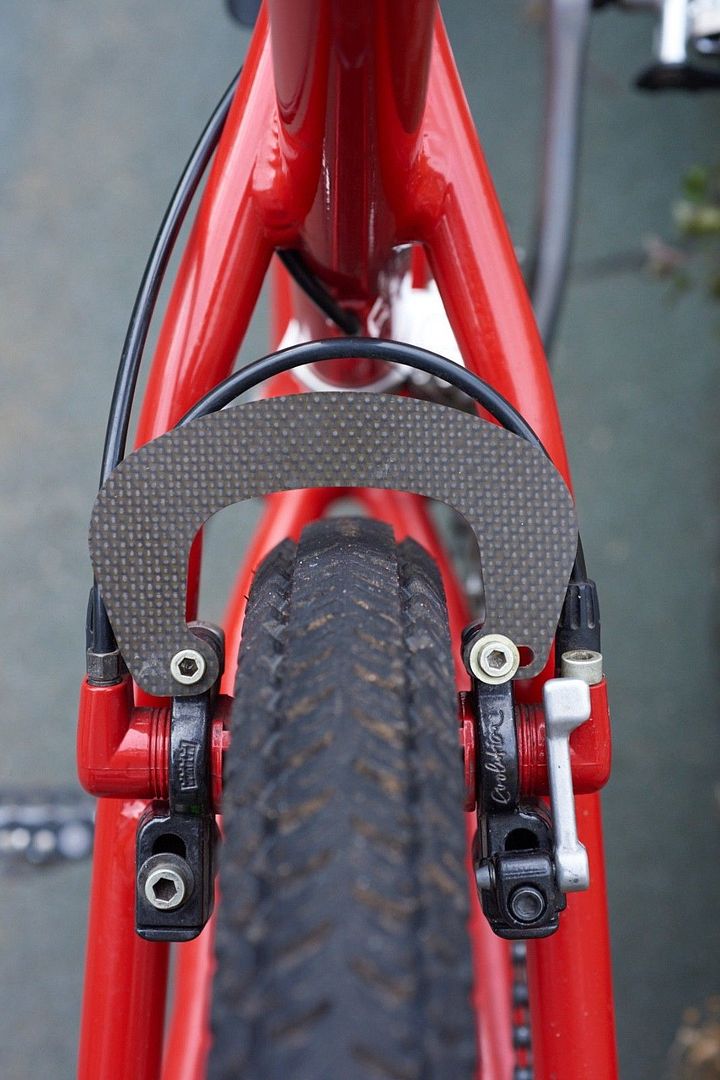 Check out the girth on those forks 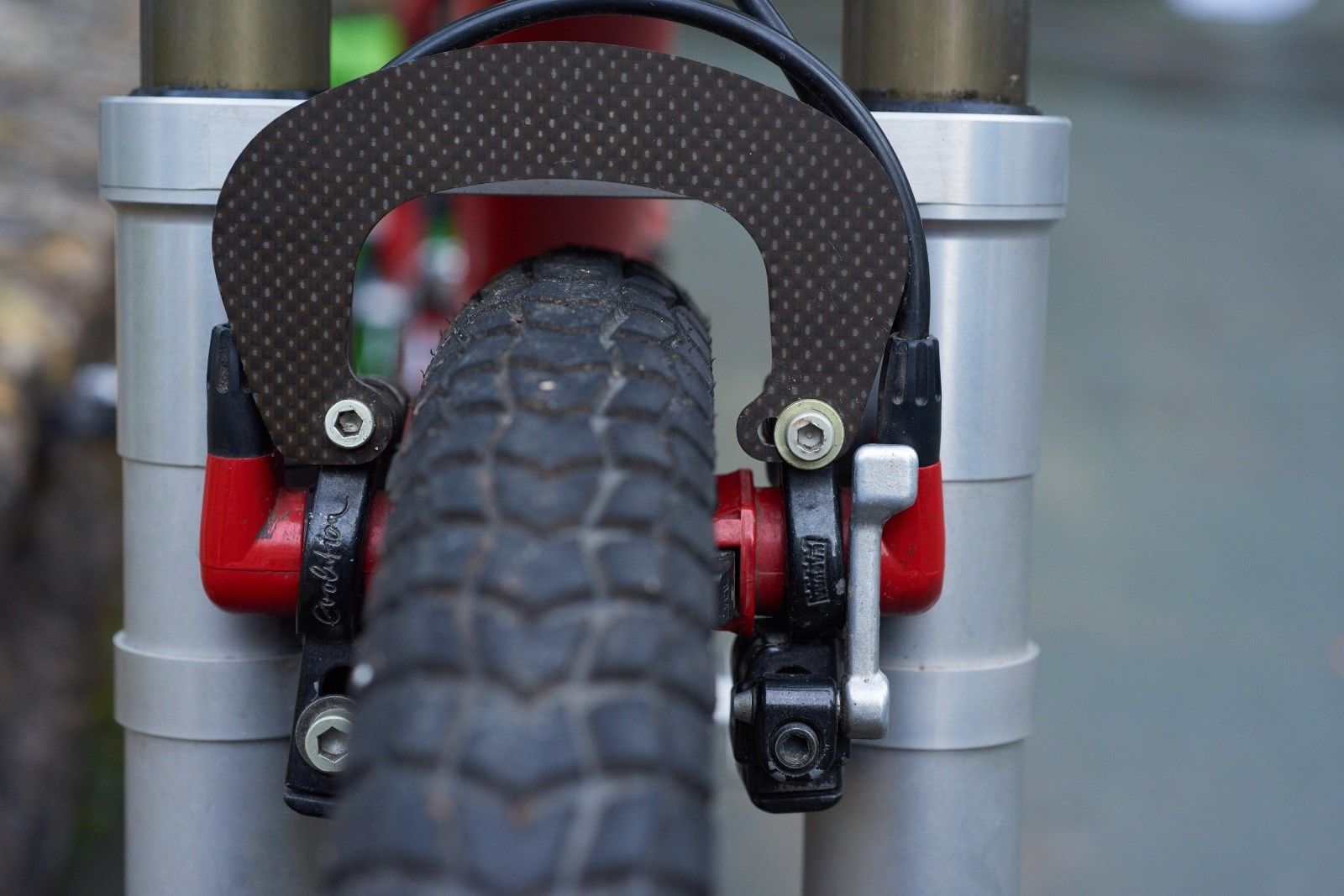 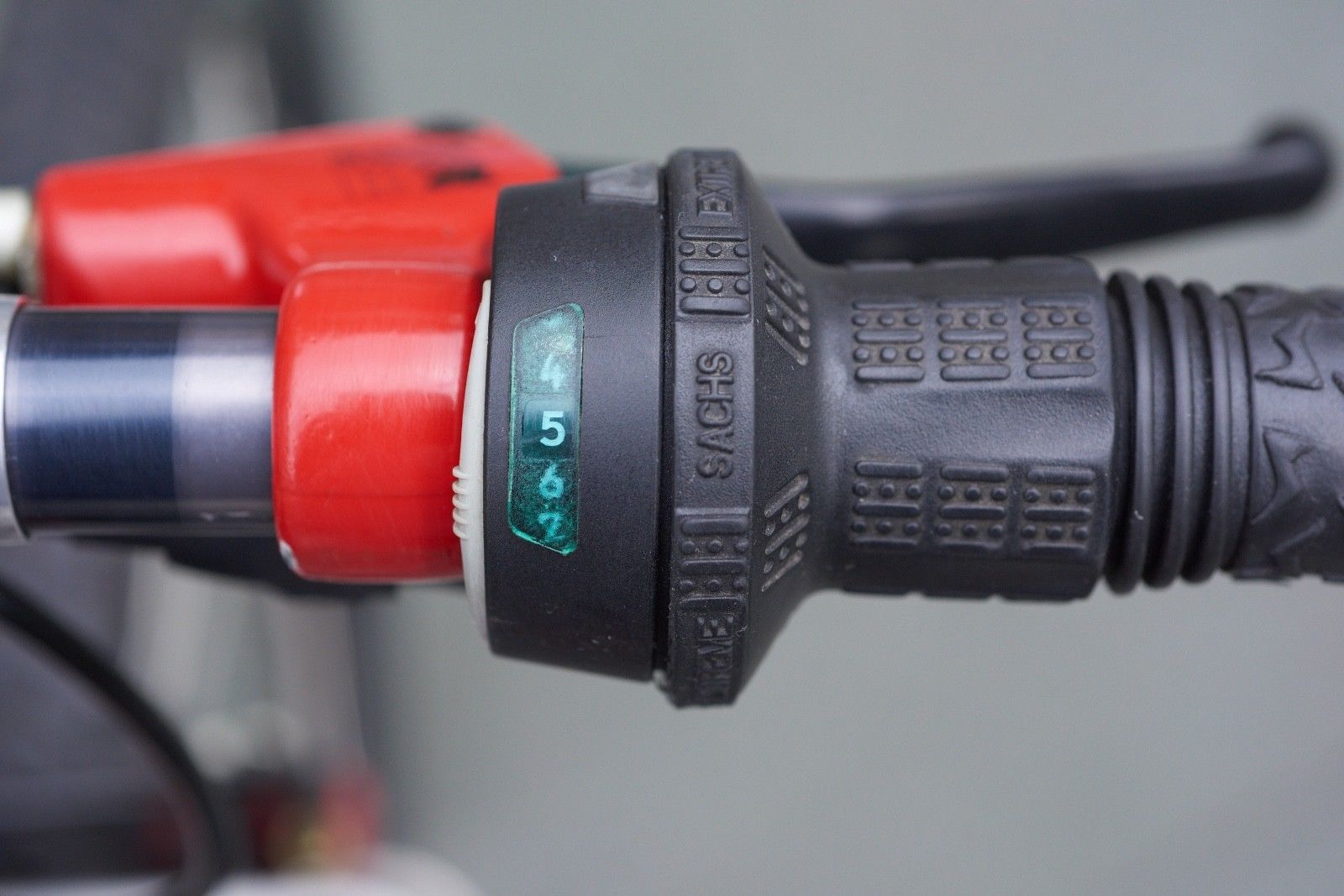 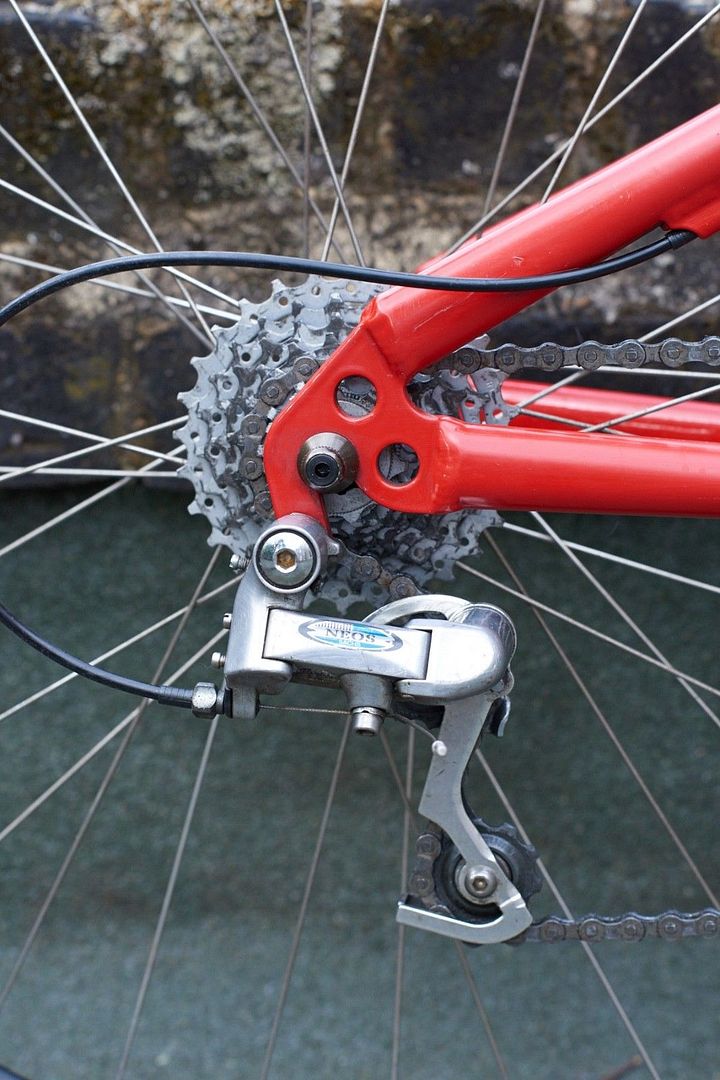 Not everyday you get a Handbook this nice and this detailed for Bike :shock: 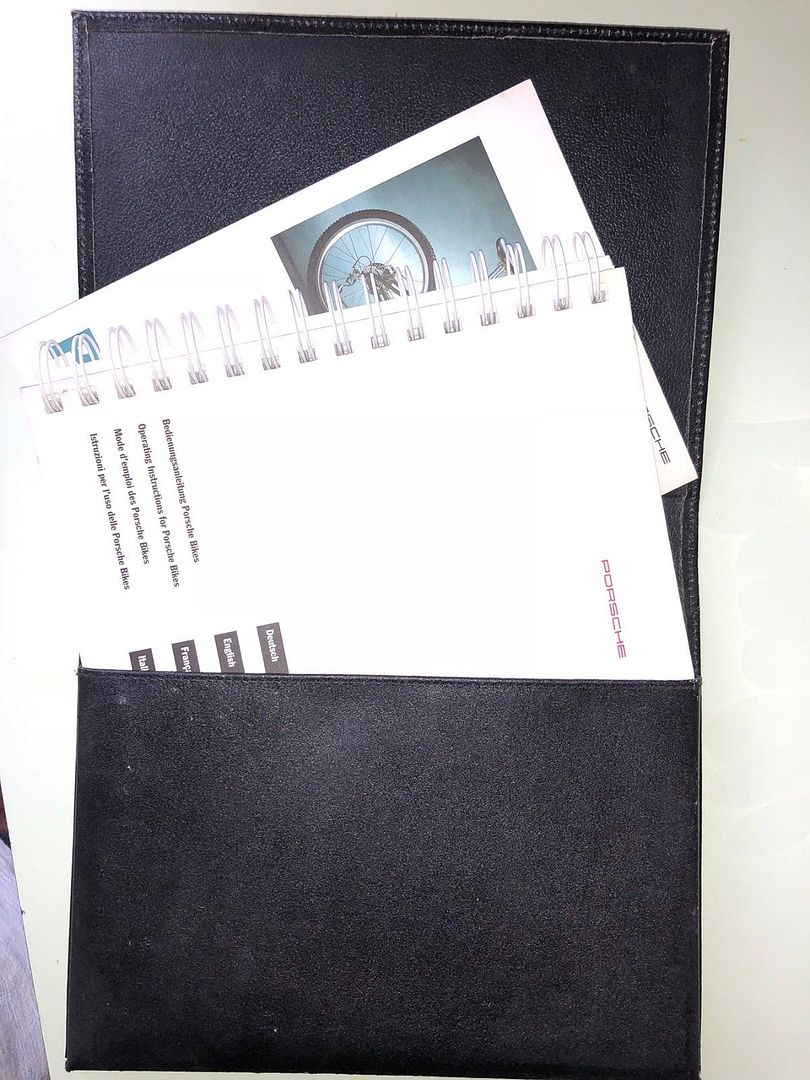 everything you need to know is in it 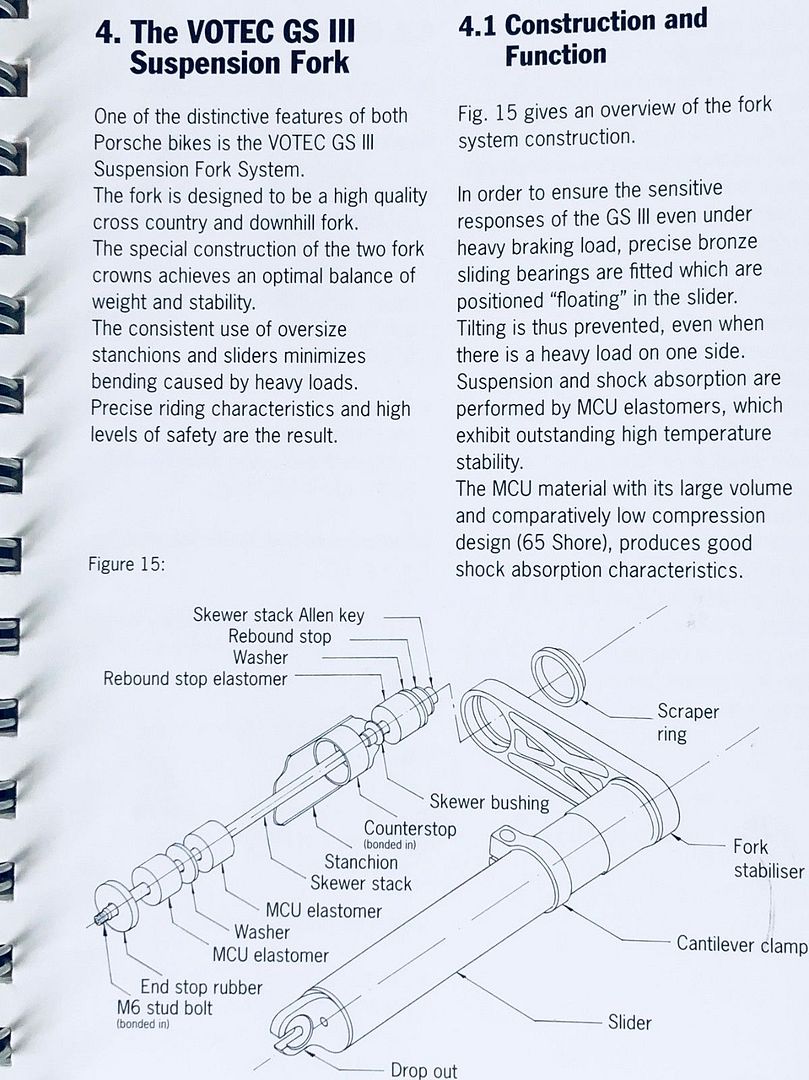 what a starting point.... for once I have a project that doesn't need a repaint and all new parts
W

At least you didn't buy one with the engine in the wrong place Quite surprised they got the chainset in the right place, not hanging off the rear wheel

always liked these as well, the Votec forks especially. Looking forward to more pics as usual.

On a side note, i am a bit dissapointed to be honest, i was hoping to see the 4 wheeled variant :roll:

Nice bike in the meantime!

On a side note, i am a bit dissapointed to be honest, i was hoping to see the 4 wheeled variant :roll:
Click to expand...

It's now been banished to the workshop - the other half caught me sitting on the floor armed with a cup of tea staring at it...

I've no idea how long she was stood there, it was only when she said "You used to look at me like that" that I came back into the real world

It's going to get stripped / cleaned serviced ready for a lap of next years Malvern Classic in the retro section.

thanks, it is super nice,

Nick, really not your thing I fear, but never mind I'll look after it for you.


Gerard":1khoie69 said:
Nick, really not your thing I fear, but never mind I'll look after it for you.
Click to expand...

In a round about way its YOU I have to thank, after seeing your AMP at the Gates Rides the other week
I was looking on line at AMP's then Mercedes AMP's and quite by accident came across the Porsche S Bike

anyway just encase you need to scratch a AMP itch