So this build is based around my recently acquired 1995 Cadex CFM-1, which is the bike I rode throughout 1995 - when I began predominantly downhill racing. Giant UK provided me with a frame and a pair of RockShox Quadra 10 forks, and the rest of the build was up to me.
From the one picture I have of the actual bike, it seemed I’d pillaged most of the parts from my 1993 KHS, so I was running an XTR groupset.

Here’s the actual bike from BITD

Here’s the newly acquired bike to build from 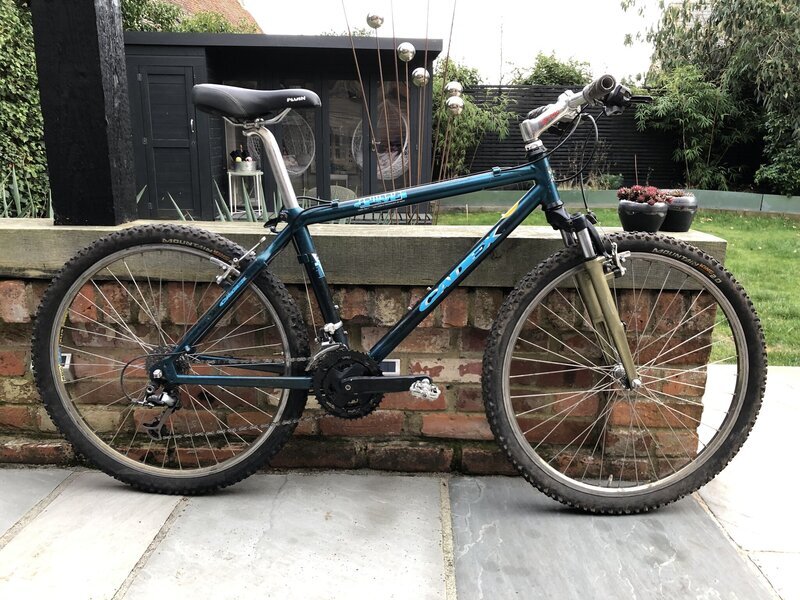 First thing to note is that it’s probably smaller than I had BITD as it measures c.15.5” ctc, but as I haven’t spotted one of these in years, I’ll take what I can get for now!

I’ve stripped the bike down to a bare frame (just need to extract the BB), and it’s fair to say it’s no garage queen, but when viewed from a distance it’s not bad! 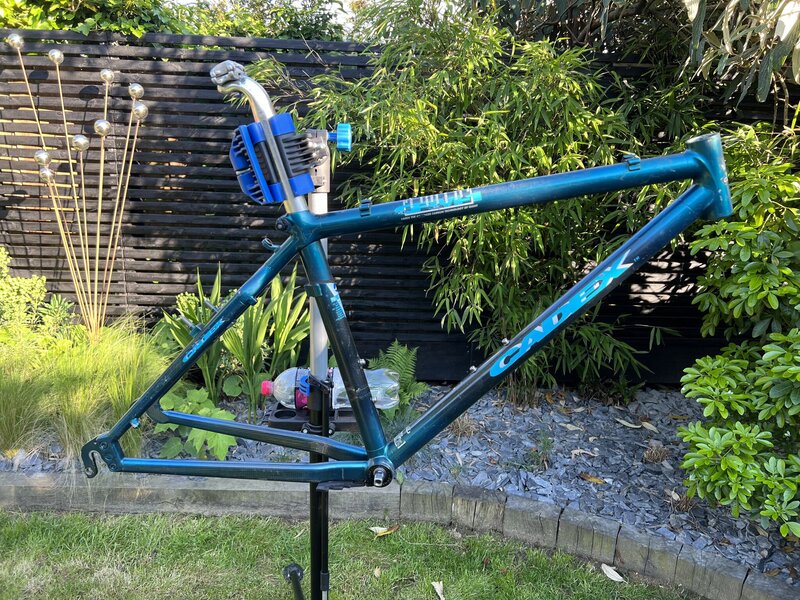 I’ve got most of the parts, some forks on the way, and an idea on what other bits I need. Just need to create some space in the garage to keep it and the time to build it as usual. 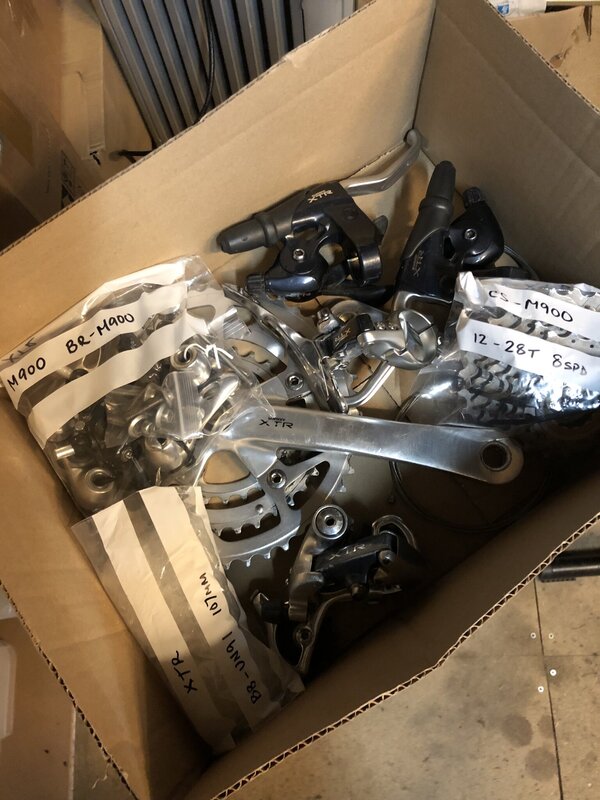 GT Fan
Quality frames, they just weren't the lightest unfortunately. Not a concern if you were doonhilling it though!

trailwright said:
Quality frames, they just weren't the lightest unfortunately. Not a concern if you were doonhilling it though!
Click to expand...

Doesn’t weigh much, especially not in such a small size. I’ll weigh it as it is and once built up.

Thinking about this build and whether I should go down the M900 route as this is what I would have been running…or plump for an M910 groupset as it’s a ‘95 bike.

Suitably patina’d XTR headset installed, along with some Quadra 10 forks. 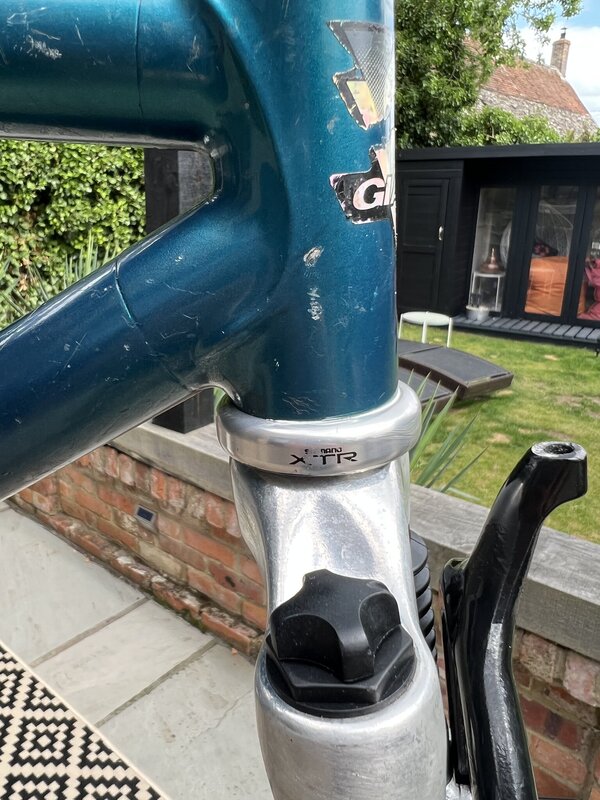 Extra carbon (ooh fancy!) spacers used to add a little height at the front end and save the need to cut the steerer down. 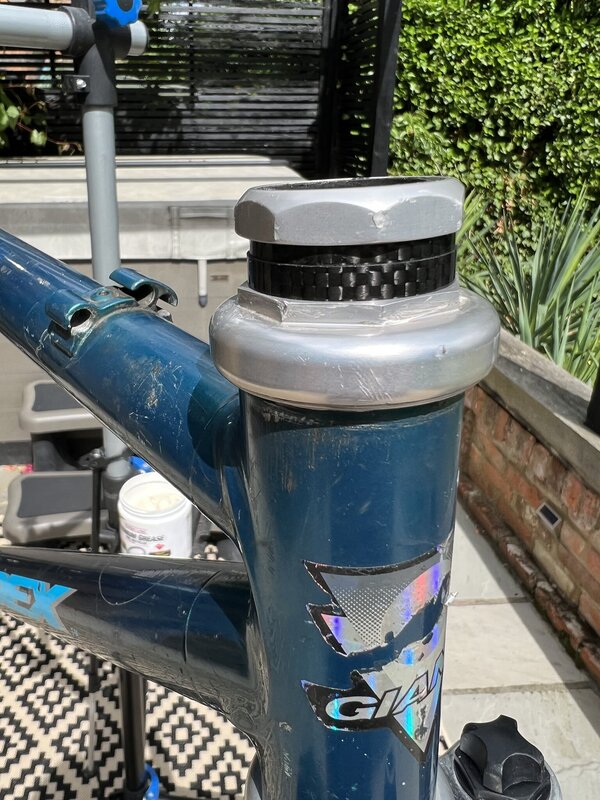 Just waiting for a stem to arrive and I can build it up.

trailwright said:
Quality frames, they just weren't the lightest unfortunately. Not a concern if you were doonhilling it though!
Click to expand...

Bit of spare time today, so made a bit of progress (fairly easy when you have all the parts to hand).

Zoom competition stem and Zoom 130 bars - both equivalent to those fitted to my KHS, and likely to be close to what was fitted BITD.

I can’t get the bottom bracket out though, so I’m having to stick with the unit that’s already in there. Luckily it is 107mm which is what I was planning to install, but it does have some play

Today it has gone from this; 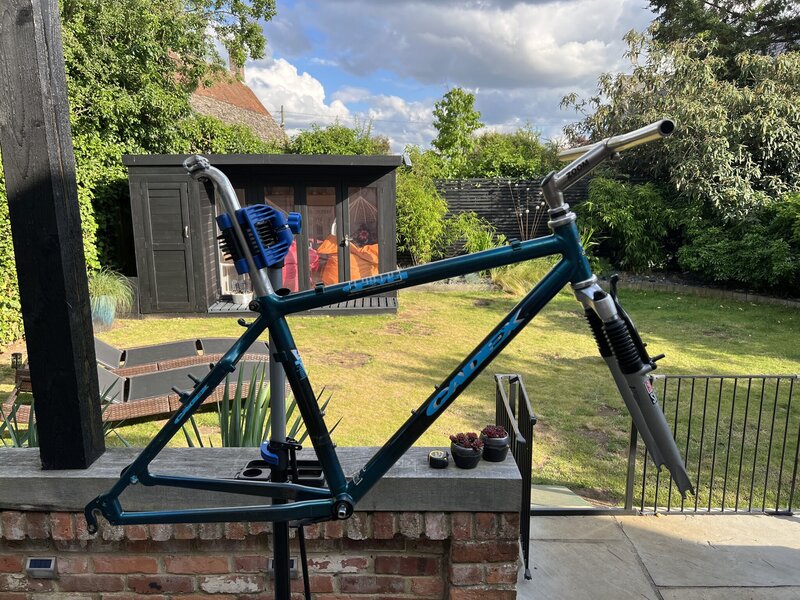 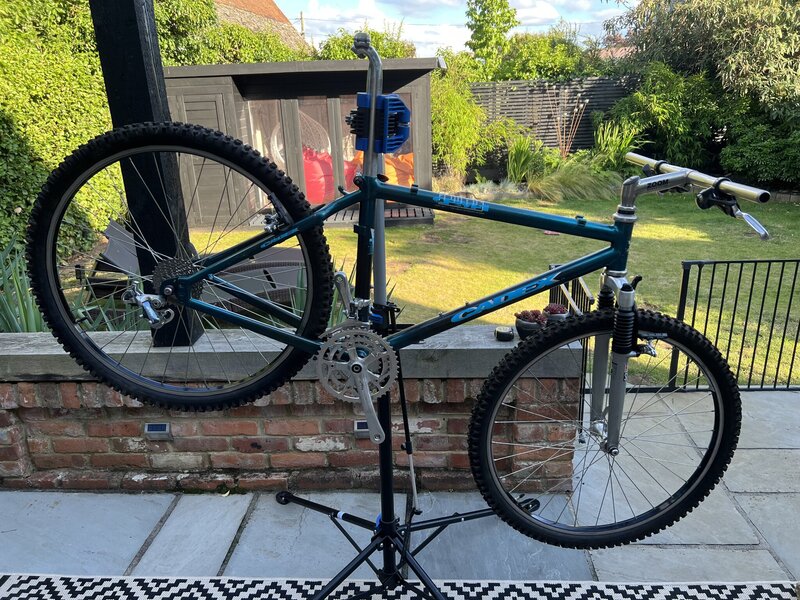 So not much to do

One other piece I added was this; 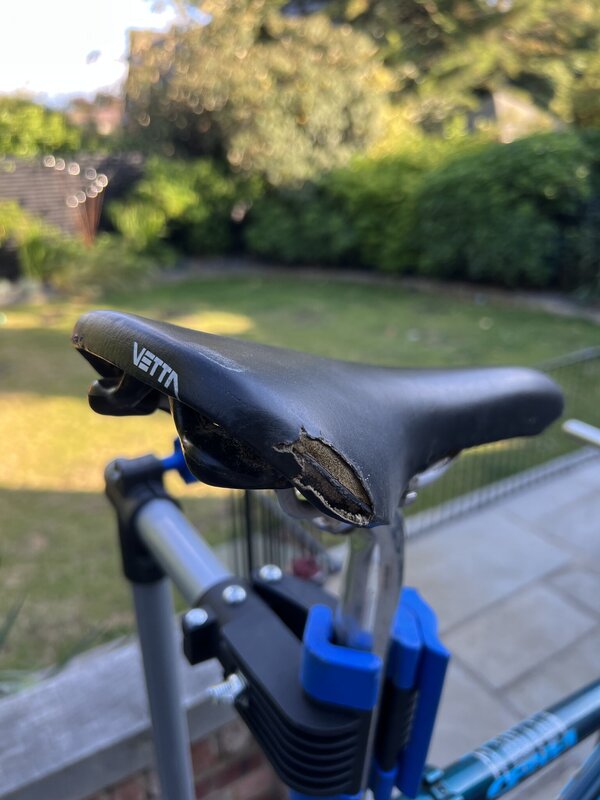 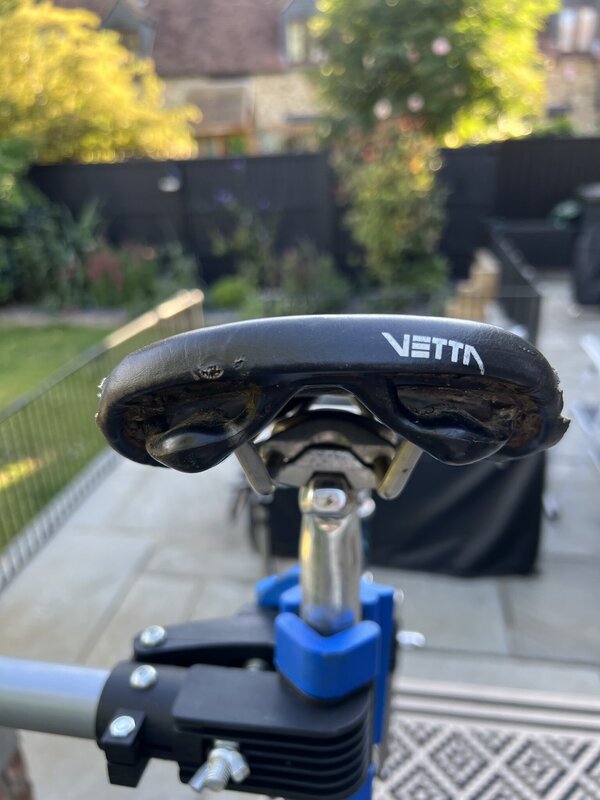 Why on earth would I add this shabby, slightly wonky and generally past its best saddle I hear you ask? Well the fact that it’s stamped ‘95, and has been in my spares box across multiple house moves over the last two decades, would suggest that this is THE saddle that the bike from BITD was fitted with, so it seems only right to fit it here
Last edited: Jul 6, 2022

Those are nice m900 parts btw. I feel that giants are under rated since they were the manufacturer and not a boutique name brand- not that I, too, don't favor boutique brands. Their technology is always right with the innovators and they figure out how to "mass" produce things
You must log in or register to reply here.