Ok, this isn’t normally how I would go about a build thread but this purely came about by chance…..
After coming across an add for an ‘94 orange C16r the seller mentioned also that he had a blue KHS bike that was up for sale too. Both bikes being sat in his dads garage for some and where owned originally by his dad, we’re just sat unused as he was now retired. It needed a fair bit of tlc but after seeing some images of it I decided why not….. in for a penny and all that….
First of all this was never intended as a period correct of factory spec restoration but merely to get it back up and running as it needed a few parts tbh (more on that later) and if I’m totally honest…. had taken pity on it and thought it deserved a chance to at least be up and running again.
I’ve used what I had knocking about or have sourced parts similar to as what was on the bike when I got it though I do believe it may gave deviated from it’s original spec over the years….
So having had it stripped down and cleaned , the list of what was needed began….. headset shot, bottom bracket rough with play, brakes seized on canti bosses, cables all needing replacing, chain shot, cassette in a bad way but on the plus side, frame and forks where good, welds all fine, original paint and decals though it had been touched up in places but ok, original bike shop label, original bars and stem, SDG saddle and some mis matched wheels but running smooth and true

I apologise as I’ve no progress images whilst things moved on other than the final build and first outing on it…..
So after a good overhaul, full strip down, clean, new Tioga headset, swapped out the bottom bracket for a smooth with no play shimano un52 bottom bracket, fully re-cabled it, fitted a new chain and cassette, replaced the cantis and added some funky blue Dia-comp brake levers it’s turned out I think. Rides so well too, pretty impressed by its True Temper tube set.
Anyway, some images to keep everyone happy… 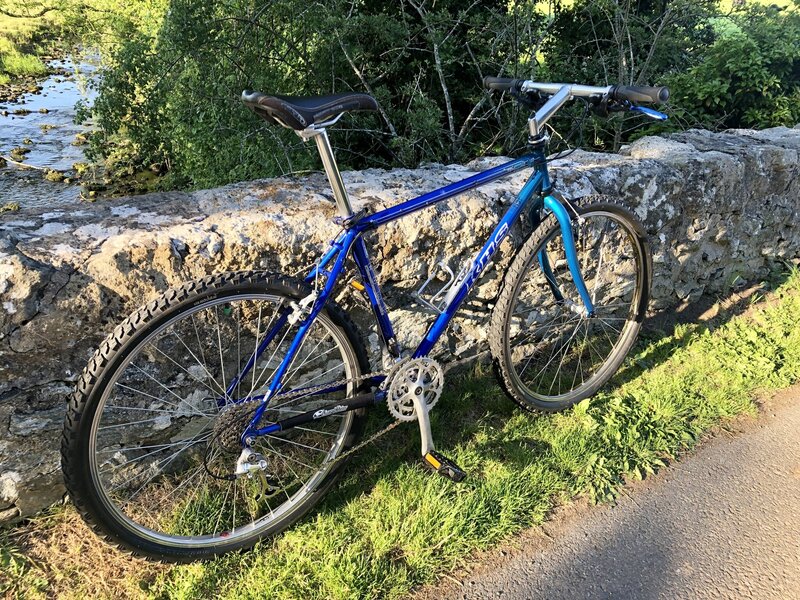 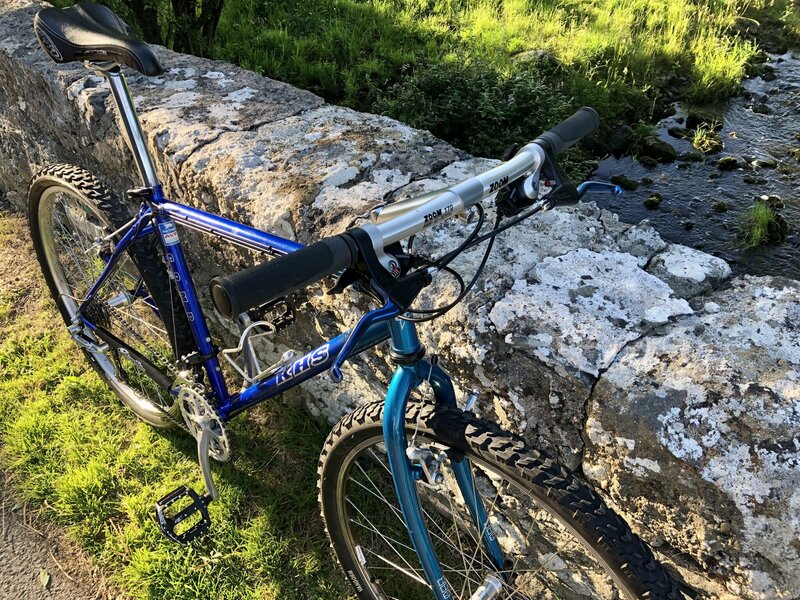 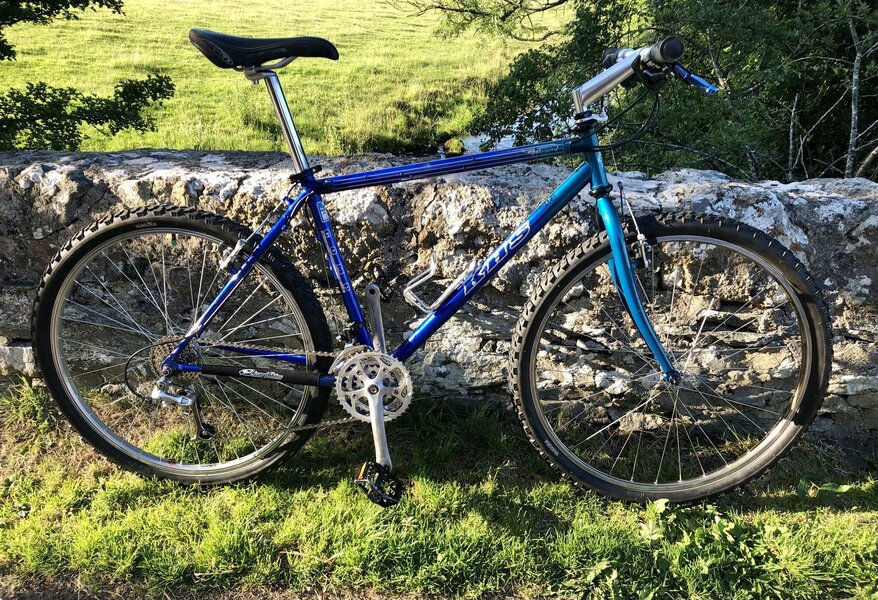 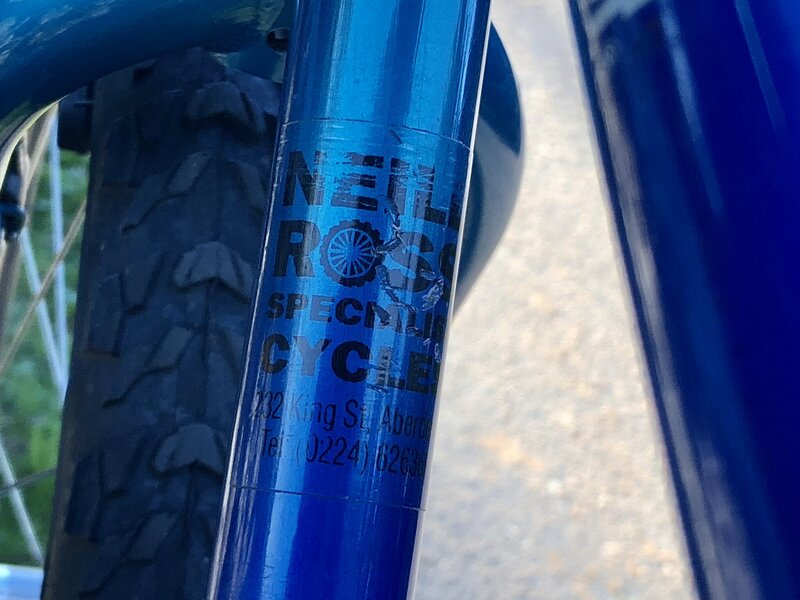 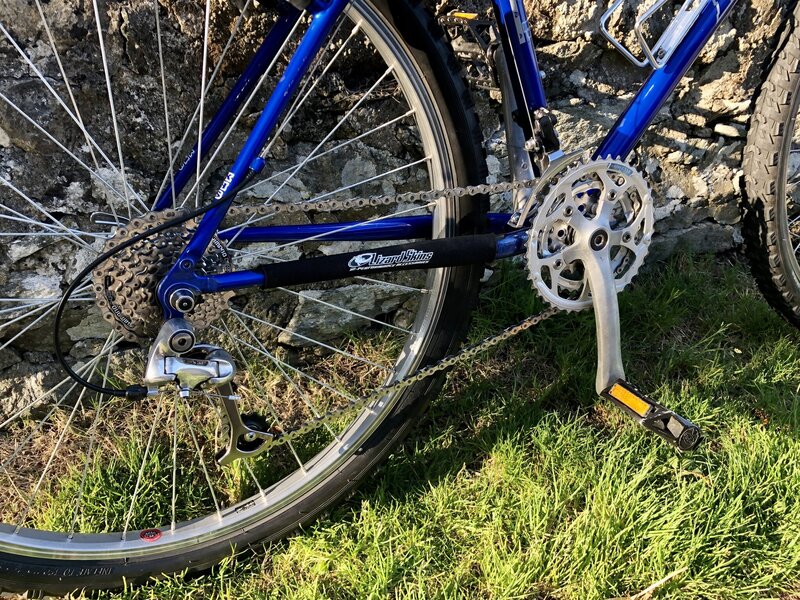 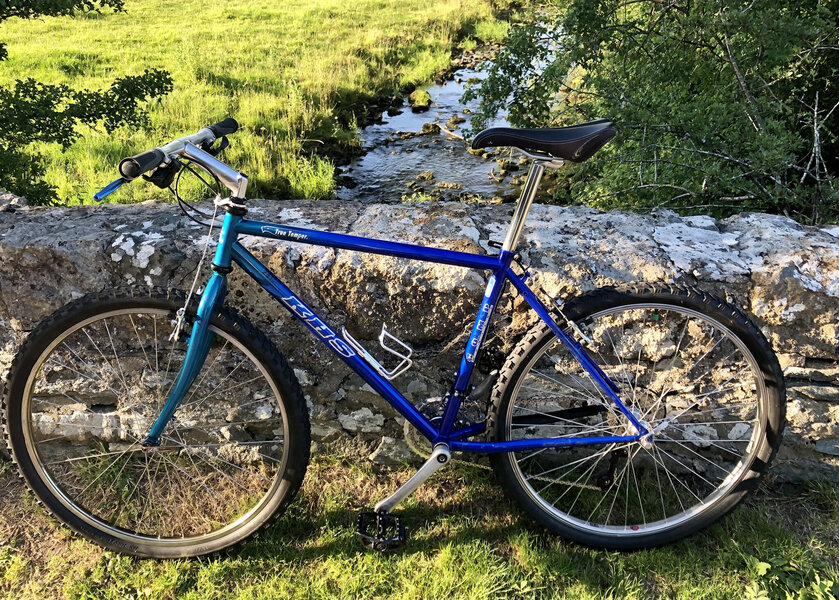 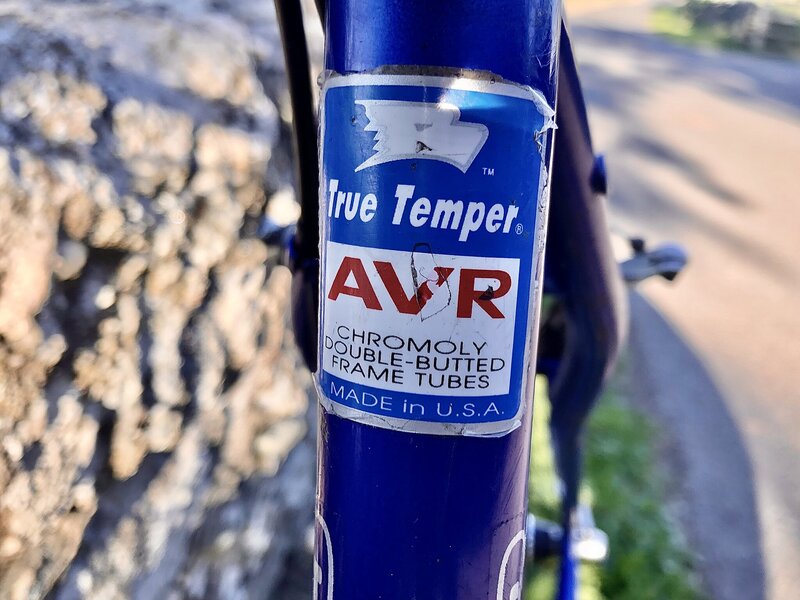 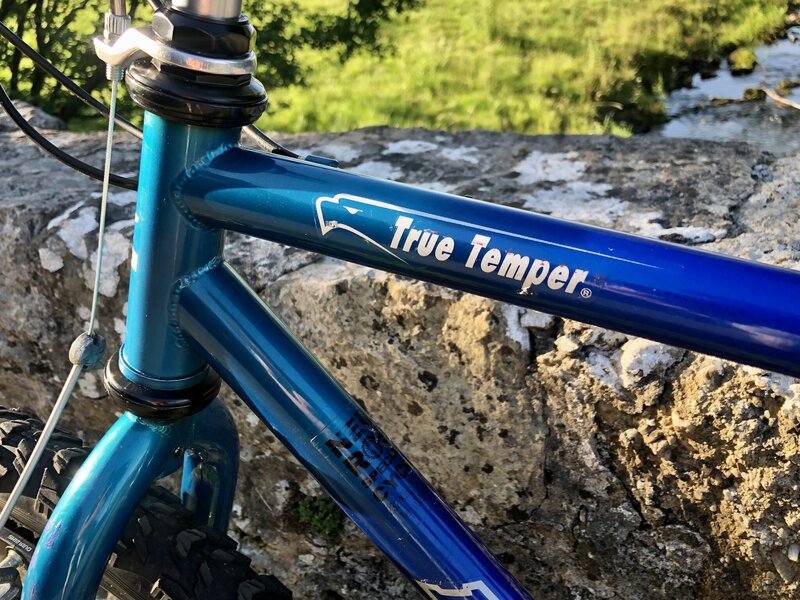 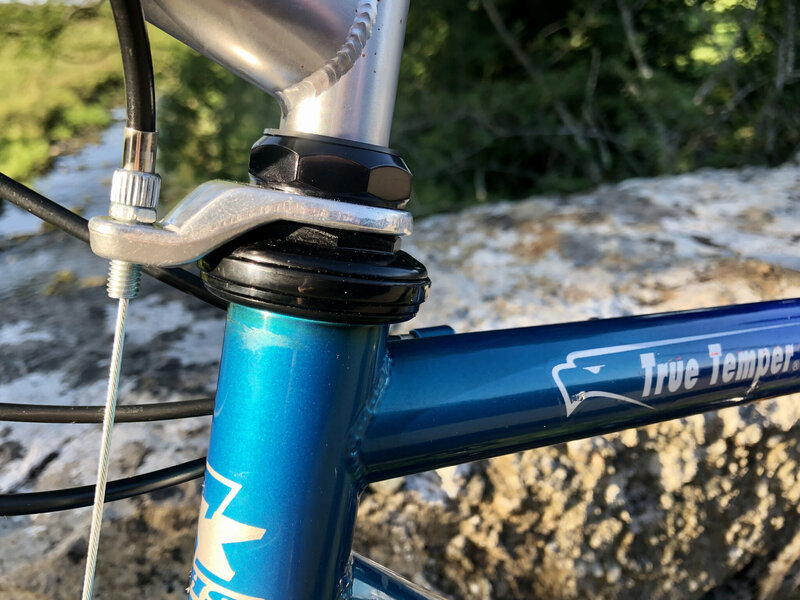 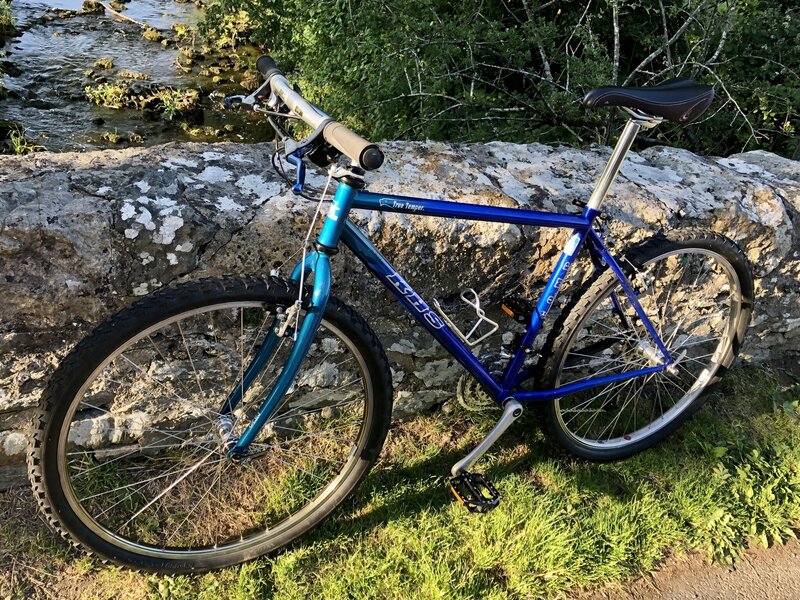 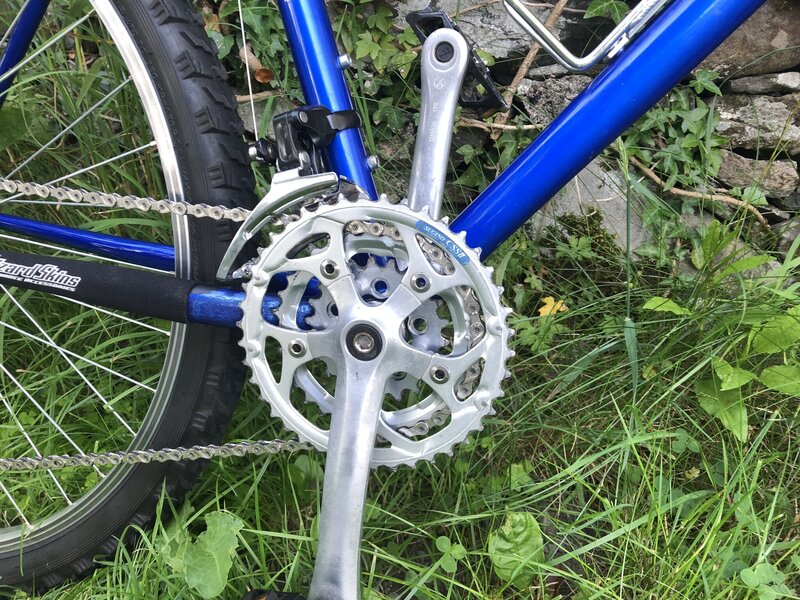 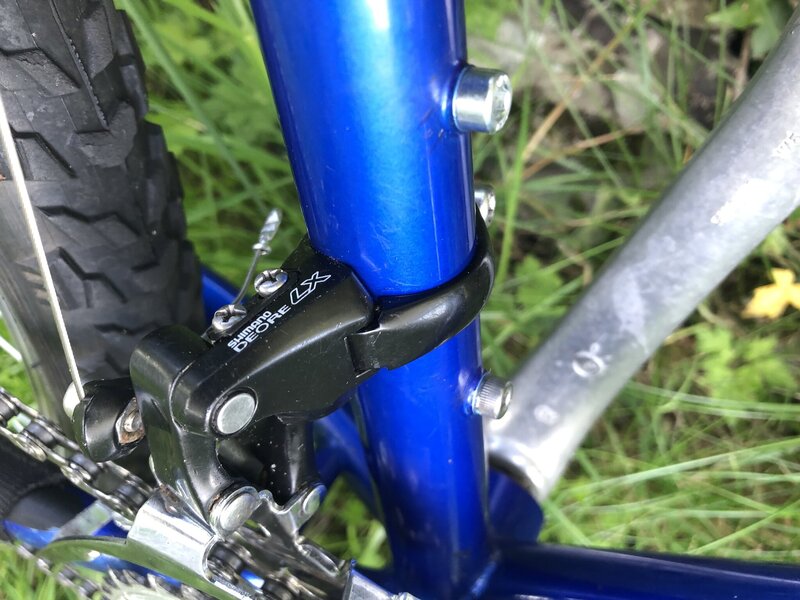 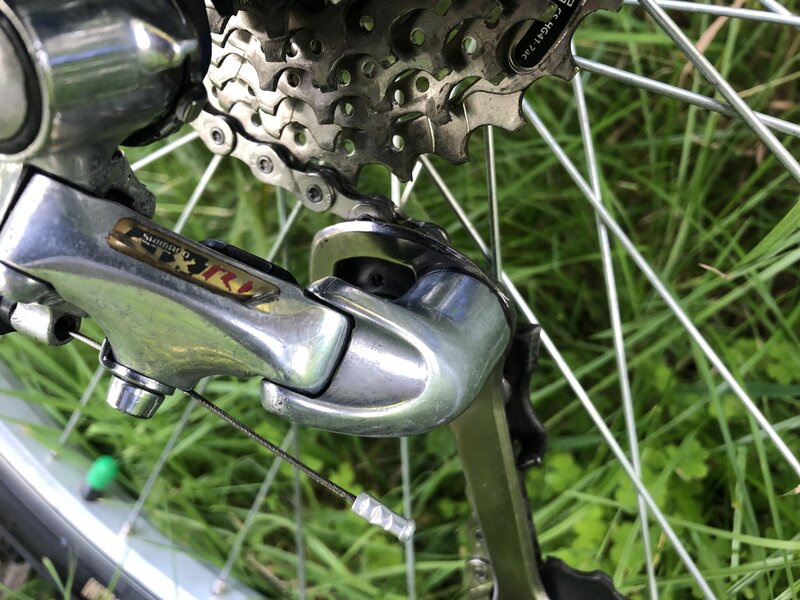 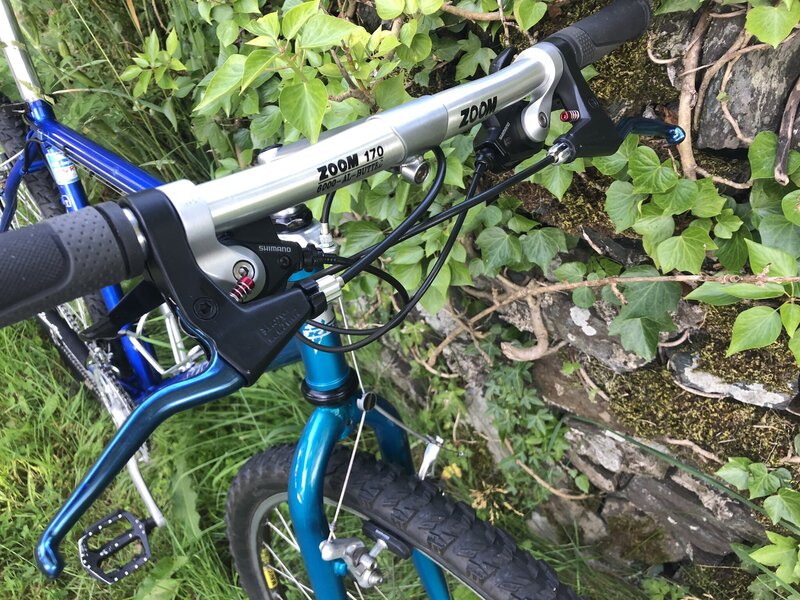