This one has been seen here before and has had two previous owners since new. It was last sold on eBay three years ago and I had dibs registered with the previous owner should he ever decide to sell - which he recently did.

Frame completion date of June 30th 1994, one of a batch of 15, was confirmed to me recently by Chris Dekerf. At this time it was the only MTB offering by Dekerf and as such didn't have a model name. In 1995 it was officially named the 'Dekerf Mountain' after the introduction of the 'Dekerf Suspension' frame.

The frame and matching Dekerf painted Judy are in very good condition and have clearly been well looked after over the years. The Chris King Gripnut headset is as smooth as the day it was fitted so will remain.

I have the majority of the parts to build this one so expect to see it finished in a couple of years :roll:

Here's a few pics to get things started 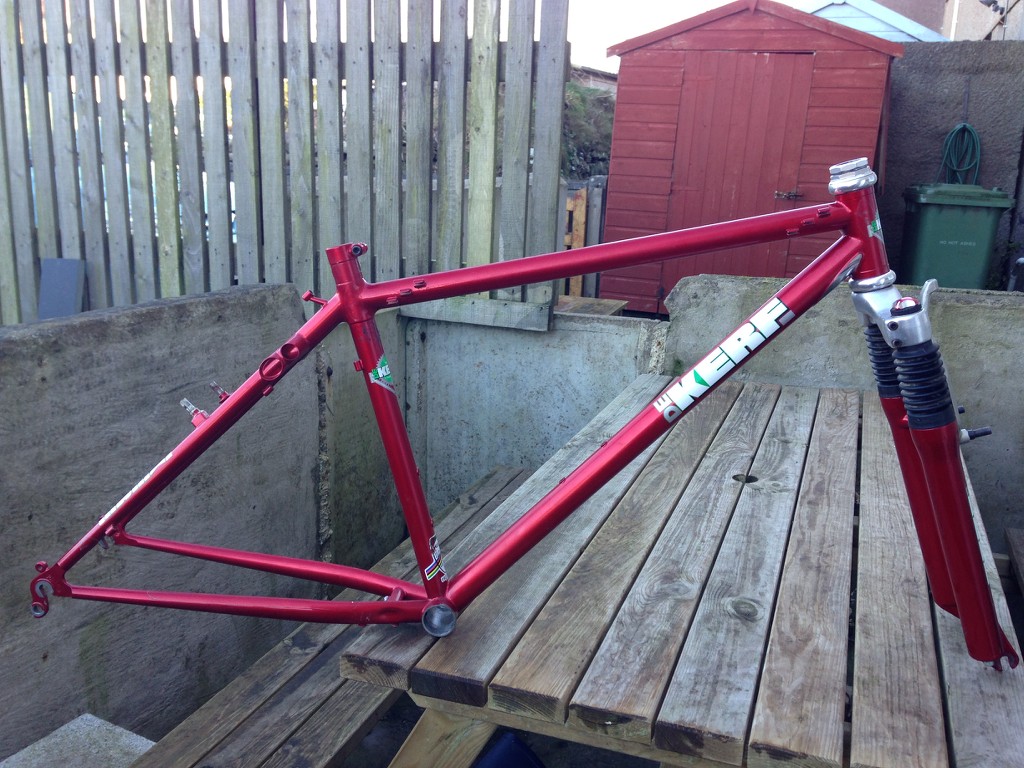 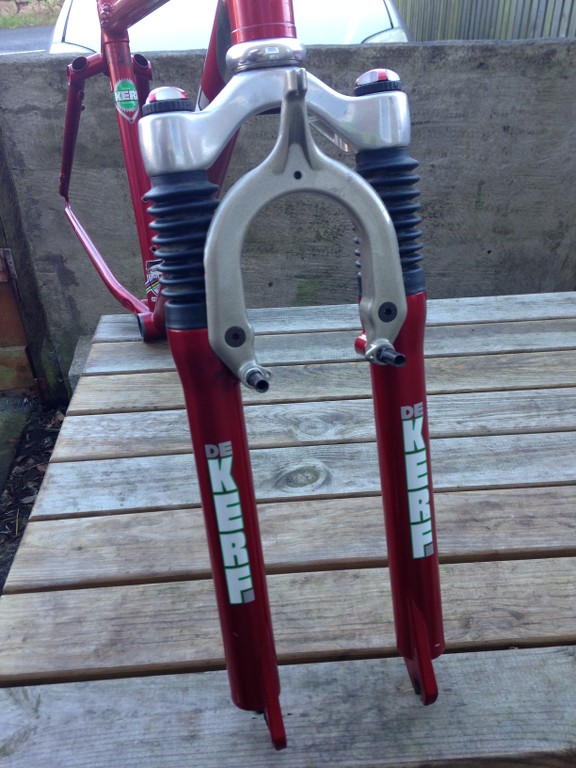 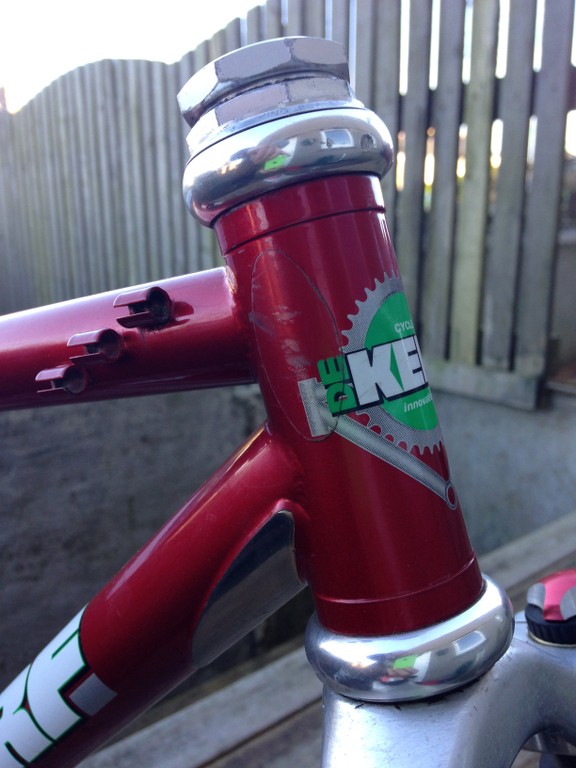 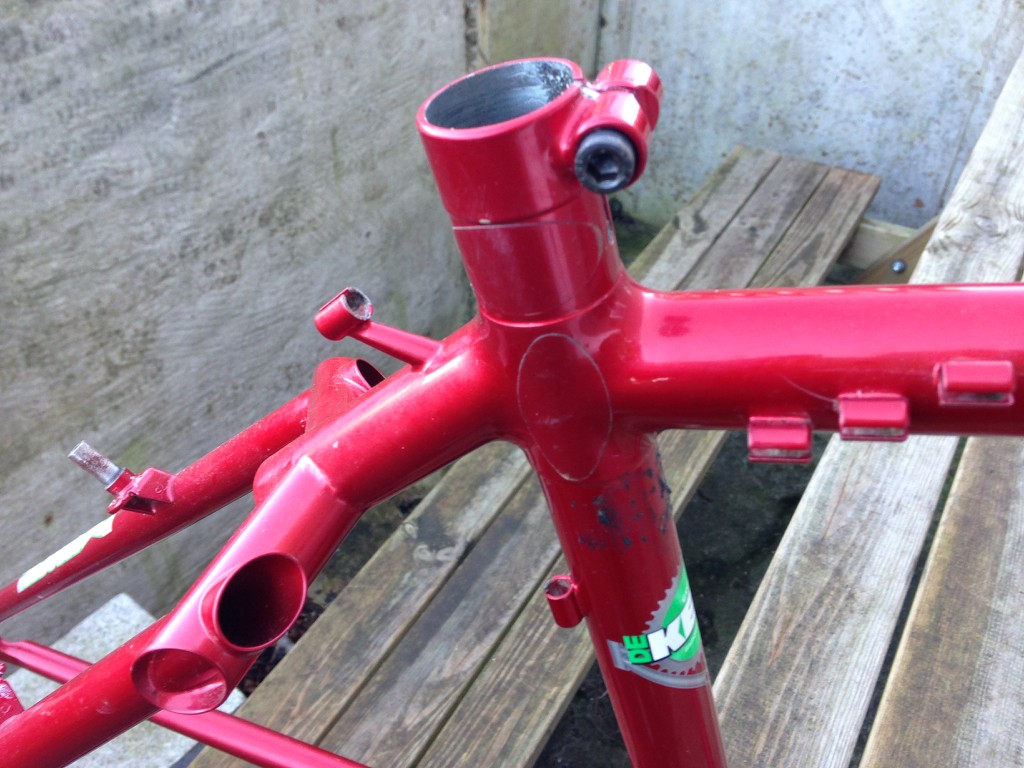 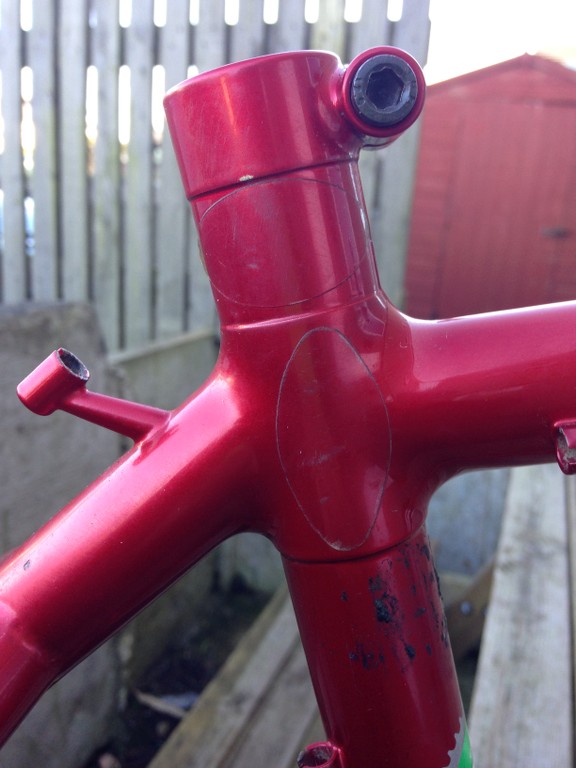 What's the serial number? Trying to date mine

What's the serial number? Trying to date mine
Click to expand...

Thanks mate, and thanks again for your assistance

Very nice Adrian! That is a lovely colour. Looking forward to updates

What's the story on the judy brace? Going to colour match it?
R

Will be following the build process.
Starting 2016 off with a bang are you?

Thanks guys, I'll get some pics of possible parts options later on if I have time.

The fork came with a black brace originally, which hopefully I will get my hands on soon although I'd really like an after market one in silver. The Judys aren't part of the long term plan though....
You must log in or register to reply here.