As some of you will know I’ve had my F2 from 1994/95 and for most of its life it was a monogamist relationship and we went everywhere together from Racing to lazy sunny days spent riding along tow paths with the girl friend. In that time I’ve either worn out or broken just about everything it originally came with,
The only thing that survived in one piece is the frame, despite many a bad crash.

Fast forward to 2010 and I found Retro Bike and then I became a retro tart and the old girl took a back seat but still had an outing or two,
Last such outing was the Forest of Dean round of the national series which to be honest I didn’t enjoy owing to top jockey wheel bolt coming out and the bearing in the jockey wheel parting company with every other related component …..
Queue LGF (LeGrandFromage) bin Monkey King who managed to find every single component scattered along a 200 yard section of sheep track in the woods. On top of that I realized that the elastomers needed a refresh (they never last more than 18 months to two years at best)

So having got back home and cleaned the old girl she was put away and a few months ago inspired by a recent RC200 F1 build by Bollox64 I took her to bits with only the head set remaining in place with a view to a radical 1993 makeover.

I’m getting the parts back next week so the rebuild will begin..


Picture taken at the 2014 Forest of Dean ride prior to the rear mech explosion, not a bad starting point admittedly.... but I have plans

but like I said this is/was my starting point,


The guys a 100% genius for bringing old worn out metal back to life :shock:

I've a few more parts also being done in Pewter, but they won't be here until next week
in the mean time enjoy the work of Chris the Maestro ... and before you ask YES the middleburn is in the Anno (No stickers here) 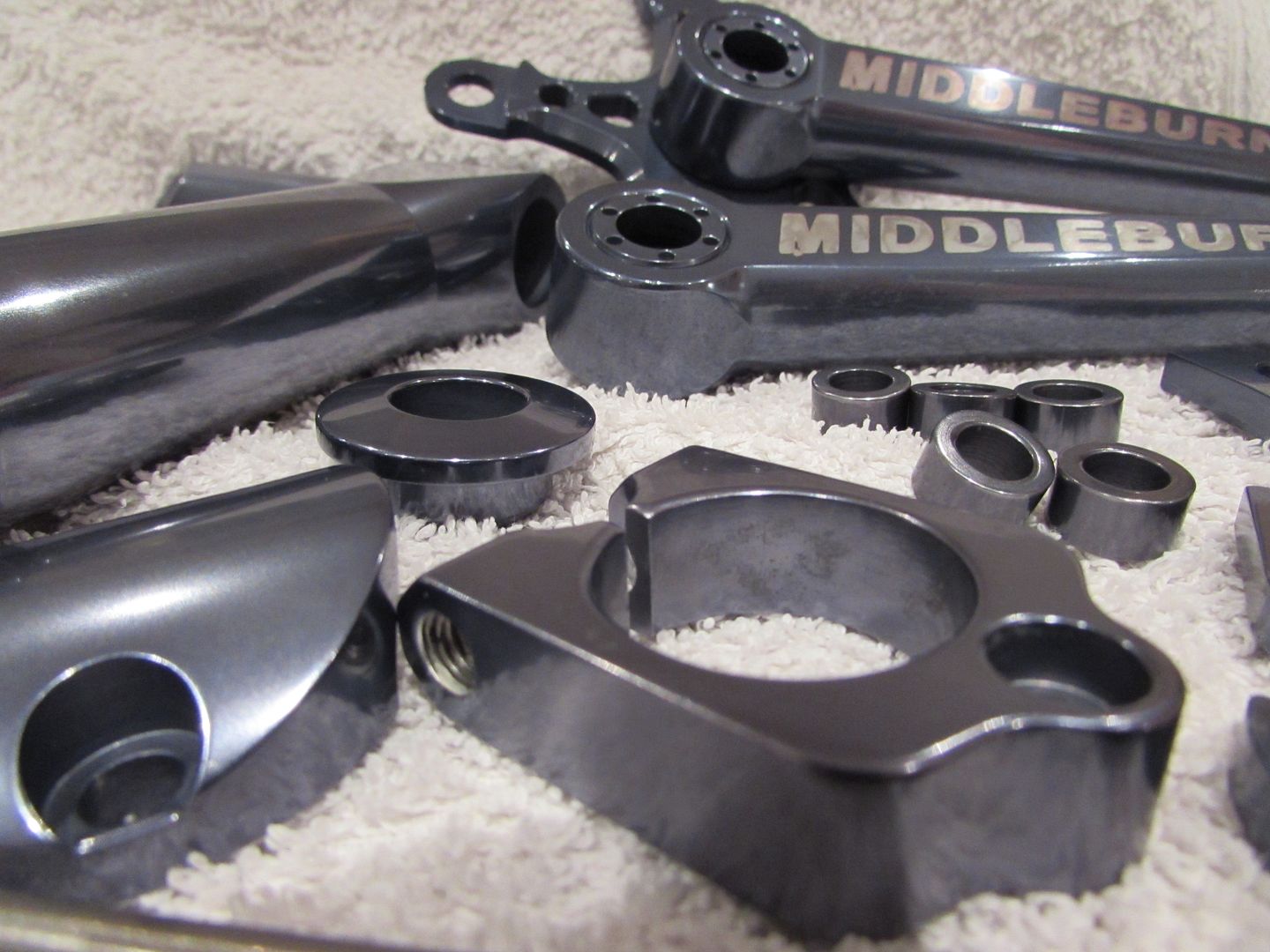 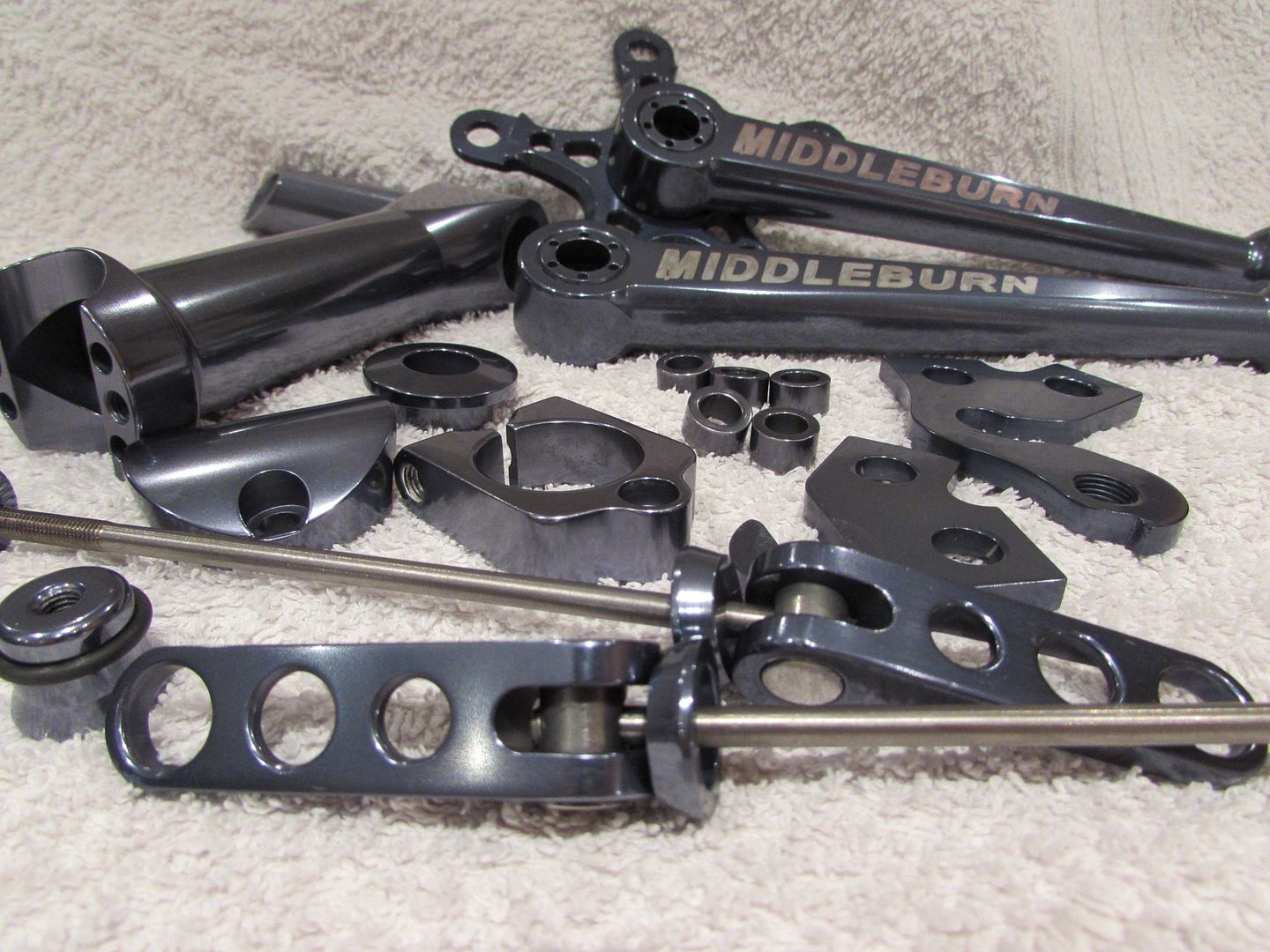 As far as I'm aware Zooka's never came in Pewter, but if they did they'd be a cool as this 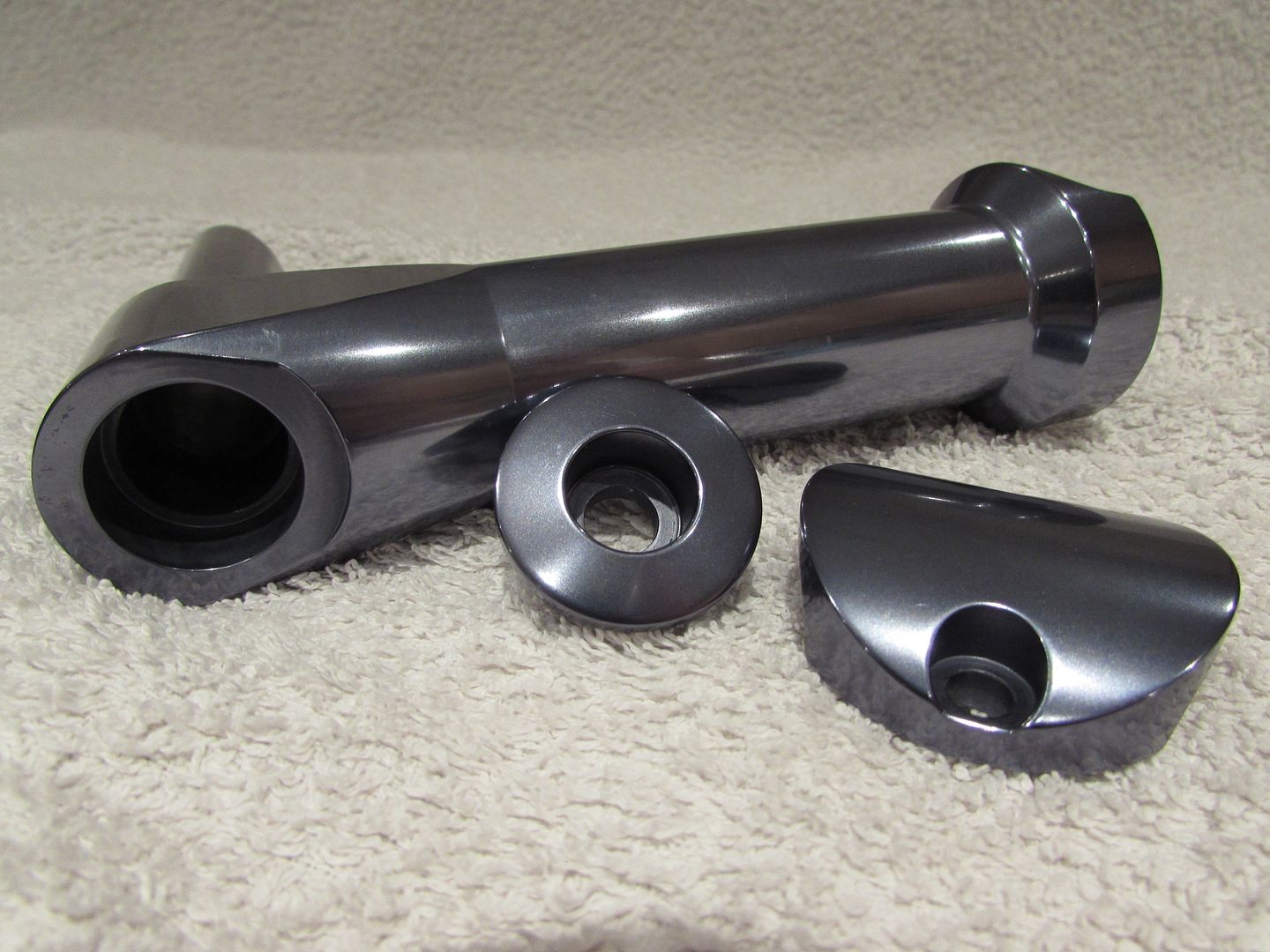 Even the drop out bolts got a make over, 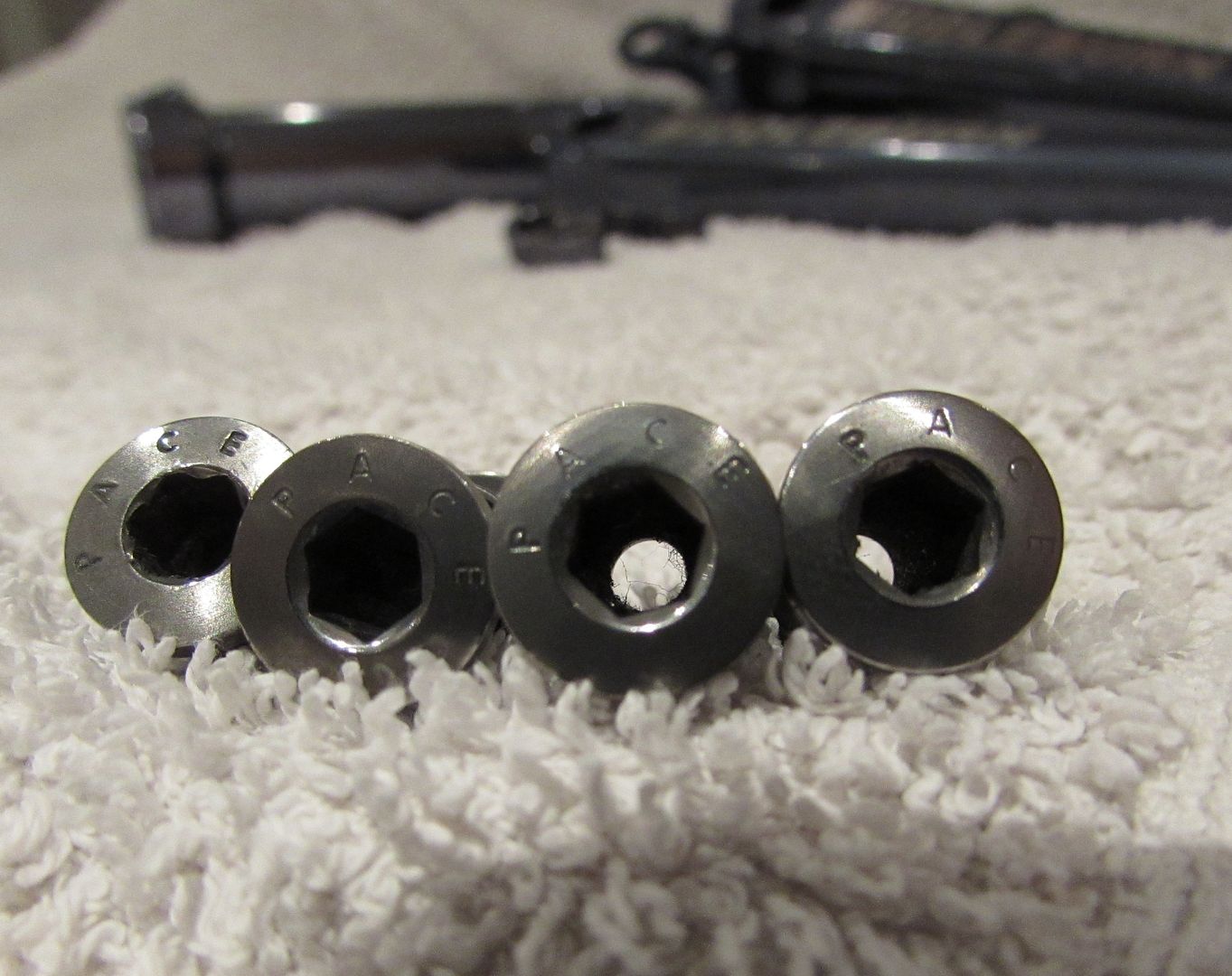 They are but beleive me they look a whole lot better in person, I wish I could take photo's like Nader
I think Pewter Grey will be a suble use of Anno but one that never the less knocks it out of the park.
There's a second box to come with a just a couple more parts in it ...but until then I'm going to keep my powder dry

When I bought this bike it came with 3DV Ringle Stem/Post, Top Line cranks and Dia Comp brakes 987's IIRC
however by 1996 what hadn't cracked on me was replaced as I really wasn't fussed on Purple back then :shock:

Given I've already done Purple Anno to death in two other builds (see signature below) The Manitou uses Black & Silver, Schwinn Blue & Silver and the Orange....ah Orange anno and the old Kona is Red white and Blue I wanted something a little different, Granted I could have stuck with all Silver... but when Chris (Rampage) suggested Pewter Grey it would have been rude to decline given the Renthal bar I was using was already
Pewter all be it a very suble shade I was sold on the idea.

looking forward to the rest of the build.

Pretty excited to see where you go with this build, those pewter bits look lush!


Rich":kh4pdw36 said:
Pretty excited to see where you go with this build, those pewter bits look lush!
Click to expand...

I’m hoping to create something a little different, something that’s both period but also fresh (if that makes sense) so here’s a little update for yah
Given you’re the un-official head honcho for the “disciples of Pace” I’m keen to know your thoughts as we progress on this one… 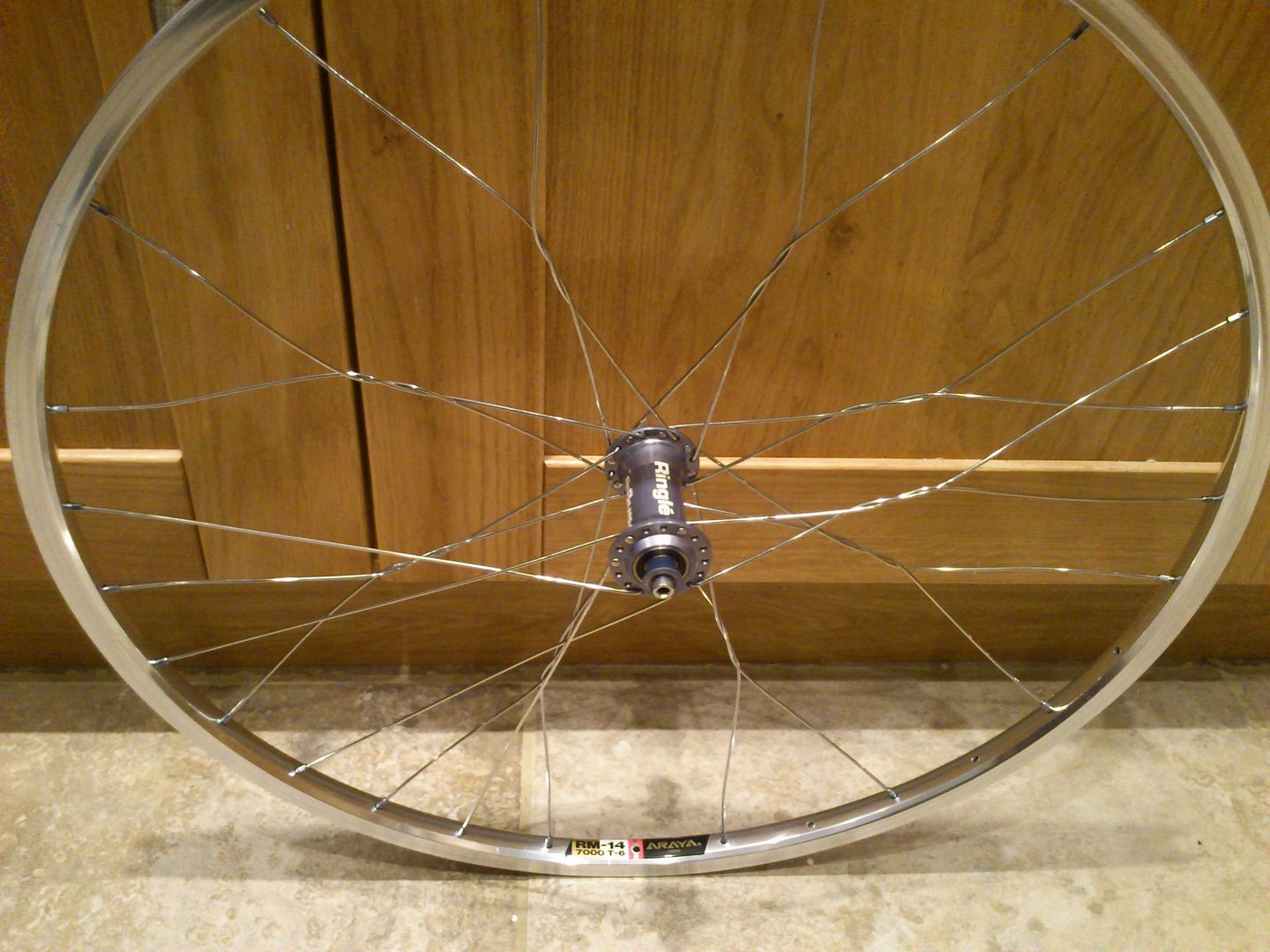 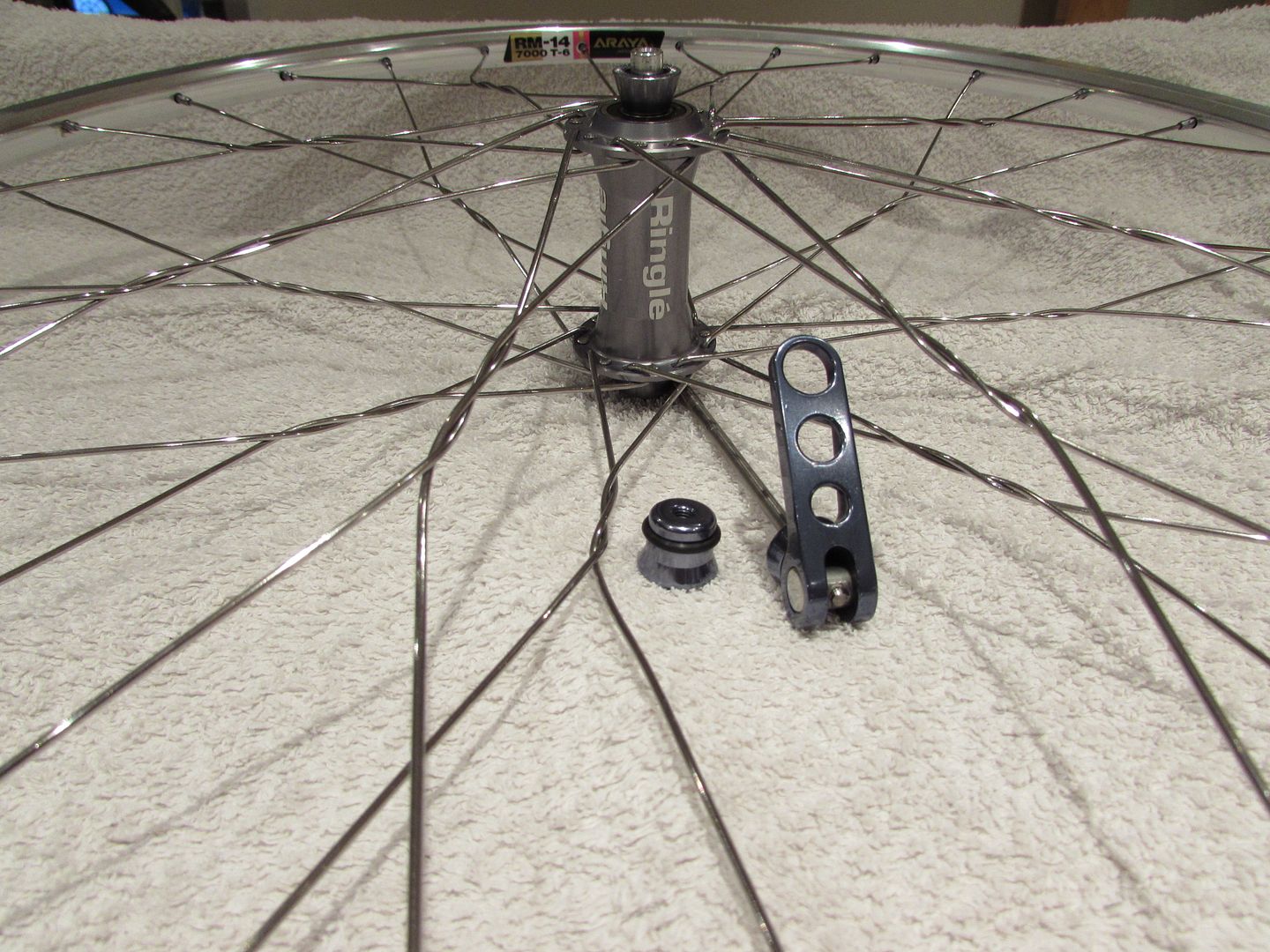 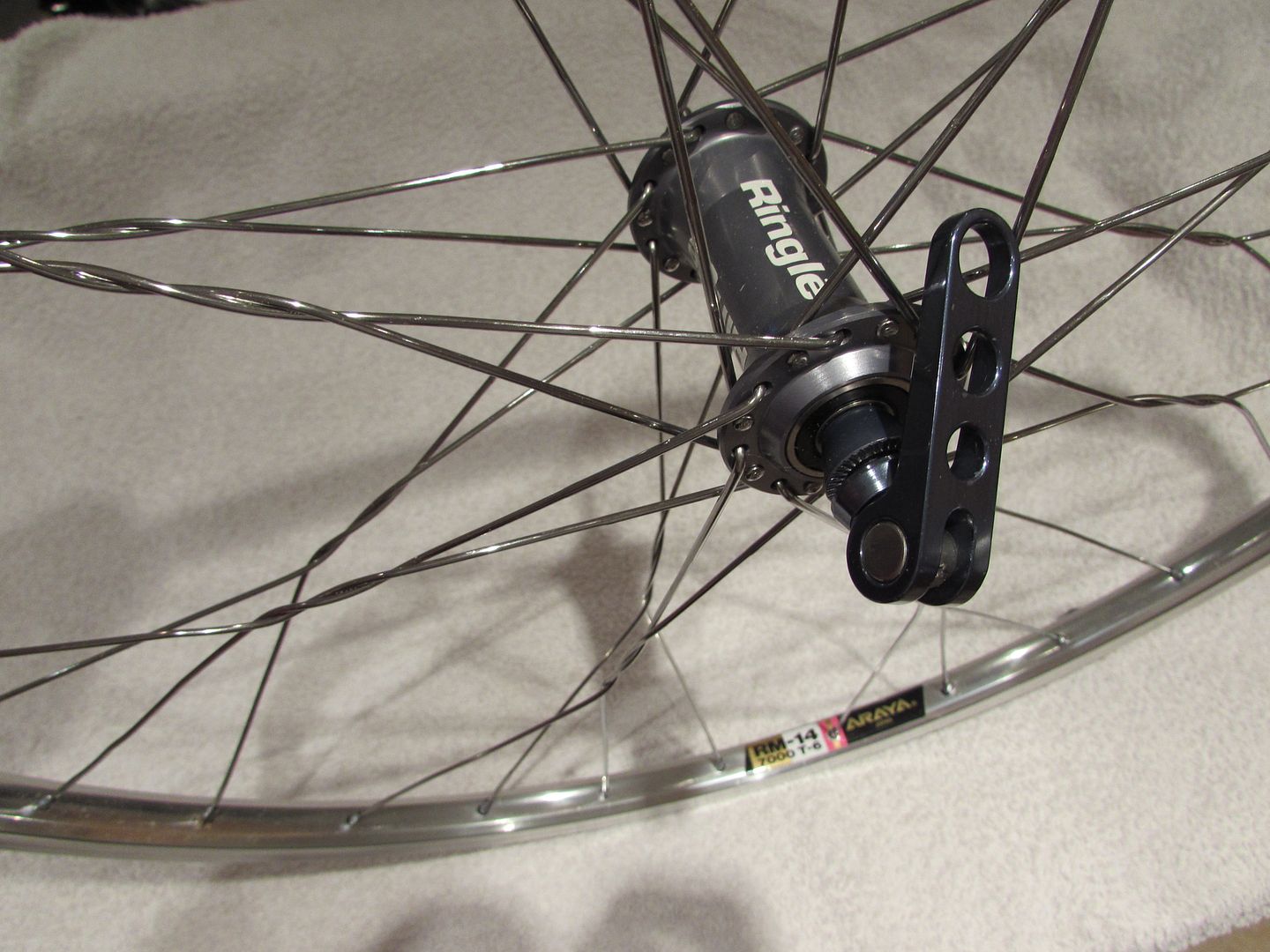 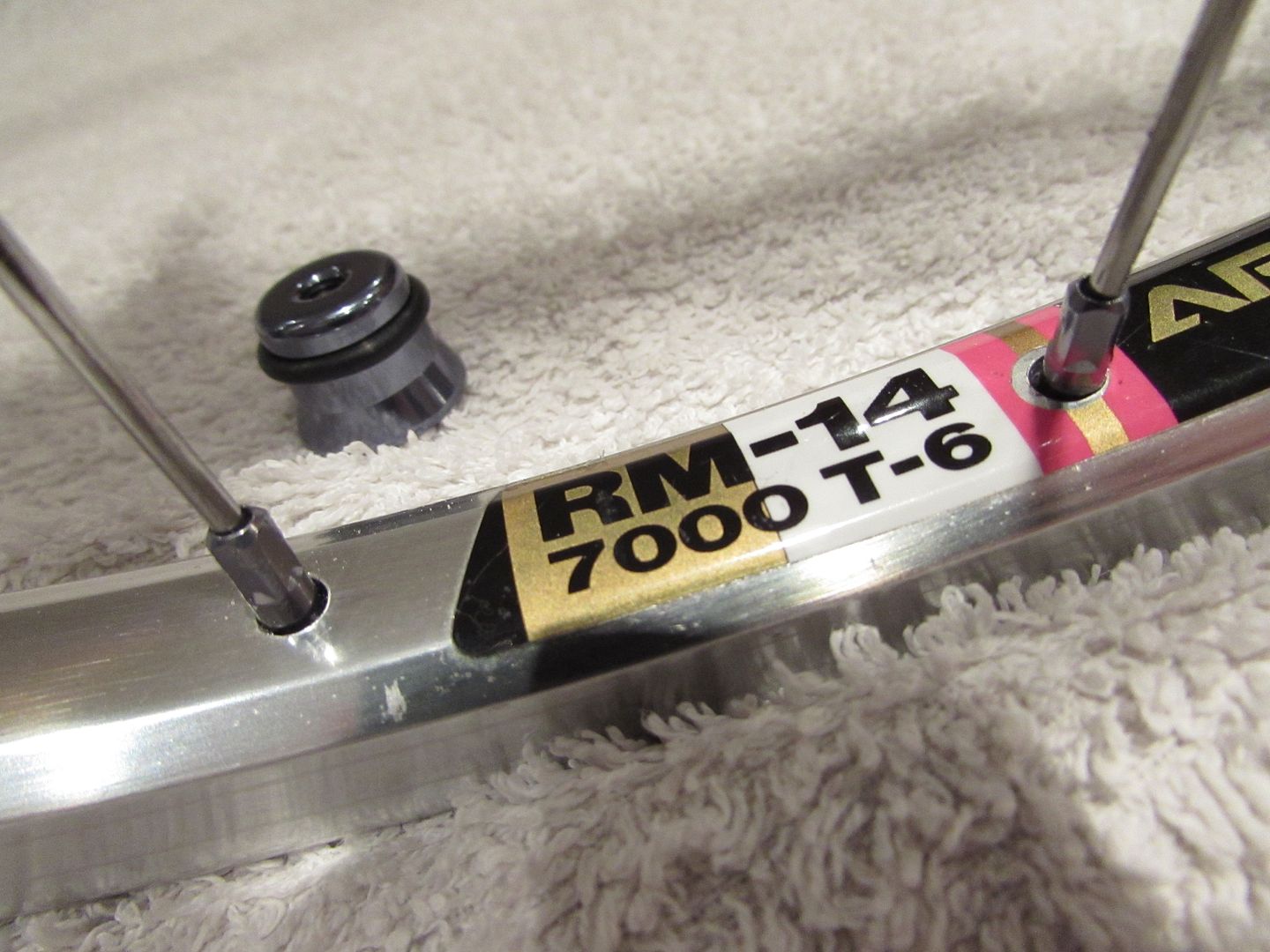 had alot of false starts before I finally nailed the valve over the top of the Ringle logo facing the correct way... but we got there in the end 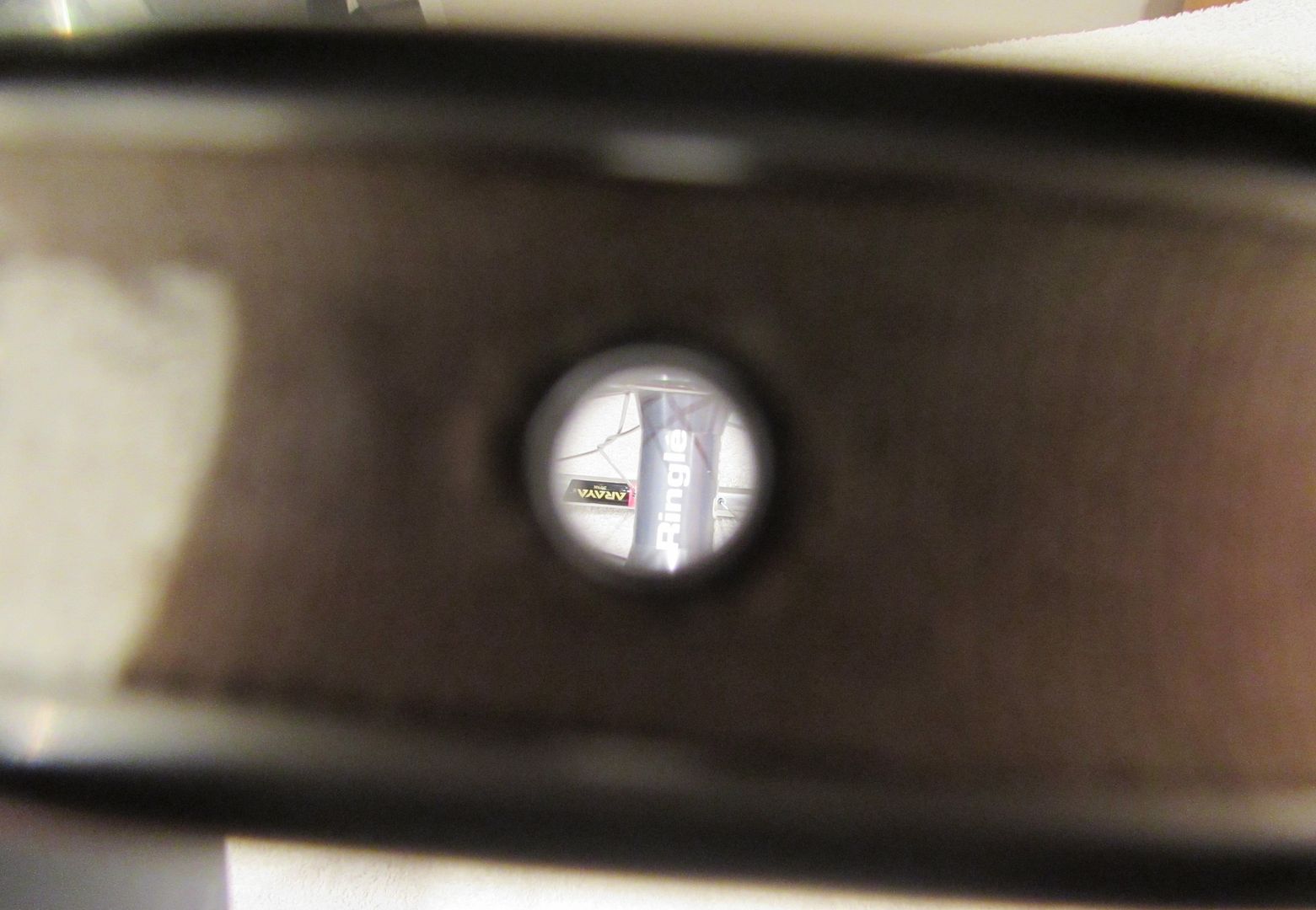 To me Snowflakes and Anno just ooze / scream the early 90’s so couldn’t resist wrapping both up in one package. After cutting my teeth with the wheels on the Ozone CO2 (snow flaked both F &R) I thought I'd have another go, only this time I'd just do the front even though the Ozone's been well ridden and both wheels are doing well despite the warnings of impending doom from many a well meaning Retro rider


Nice as they are, the M900’s are being retired to the back of the man cave for a well earnt sabbatical


The rear turned into a cluster fcuk of errors …but that’s still too painful to discuss at the moment but was born out of a school boy error and needed the support / help of not just “Ringle Nick” aka elite504 but also Chris at Intrincycles …and is still work in progress.
Brain Farts can be expensive as well as AAAAArrrghhhhhh…. :evil:


I guess if pulling off a build was easy we’d all have top draw builds sitting in the stable, but then none of us would truly appreciate them. :shock:

oh my! :mrgreen:
You must log in or register to reply here.