Thanks for the nice words! I made the change since the duller metal finish is better in keeping with the two-tone paint than the XTR post I later sold on - it also complements the XC Pro shifters. Why I didn't do it before, I don't know!


romanrinos":1k2bd9j9 said:
Pretty stoked to receive this today. Only 3 years since first post!

what I have to do to achieve such a lovely Kona dream build patch ?

your Hot is brilliant

Kona Fan
Haha thanks! I'm not actually sure what I should do with the patch :roll: - maybe frame it!

It’s great initiative that Kona are running to give back to their followers, in producing articles on owner's builds that standout from the crowd. I'm not aware of any other manufacturer doing the same thing which is testimony to the brand.

Other than Raidan's Kona 1990 Titanium, now in different hands, it's the oldest bike to feature on COG, so far, all of which are in direct contrast to the modern rides documented there. See also Alasdair's fantastic collection Kona Team Explosif

Perhaps in time this will lead to more retro content from Kona.. For example, I'd love to see more unique one-off frames, such as a Custom painted 1989 or 90' Explosif show early work from the Art Department..

BoTM Winner
Kona Fan
Re: Re:


magas":2y8jx16m said:
what I have to do to achieve such a lovely Kona dream build patch ?
Click to expand...

magas":196lzfbq said:
what I have to do to achieve such a lovely Kona dream build patch ?
Click to expand...

maybe I'm goin to send them some pics. of my Kona collection 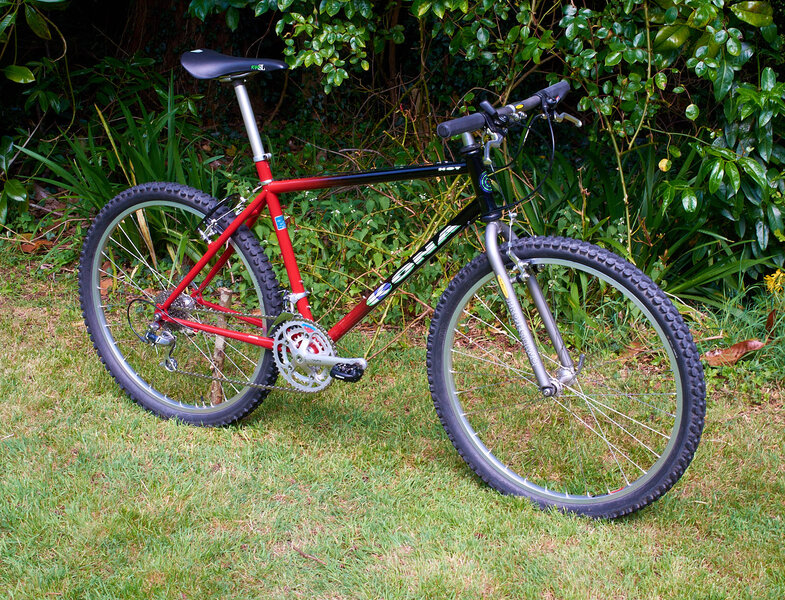 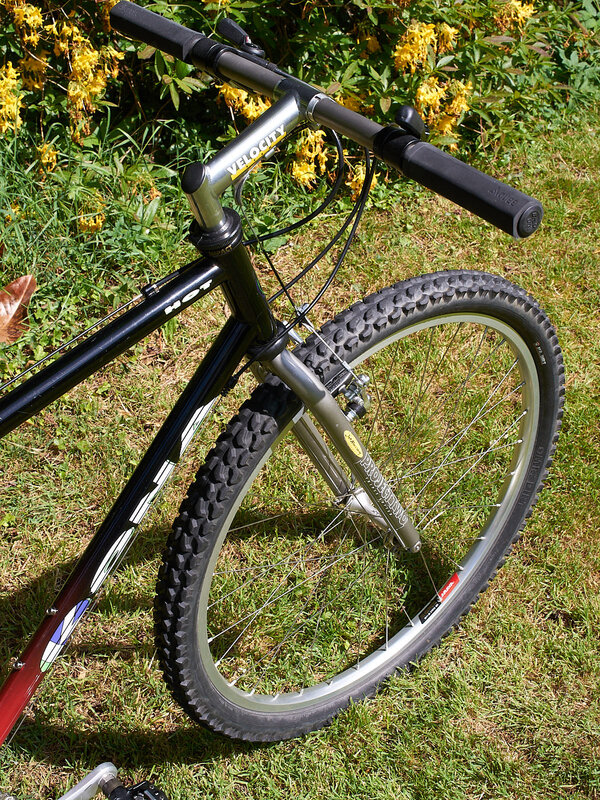 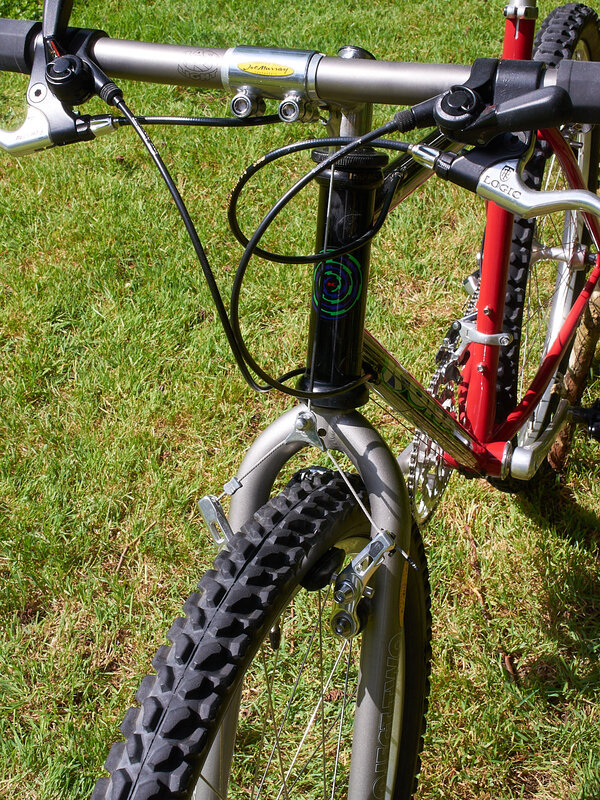 Kona Fan
A couple of more shots I found, this time from yesteryear, which really shows off the Dupont Imron paint and NOS components.
(Dog collar was since reversed longtime ago) 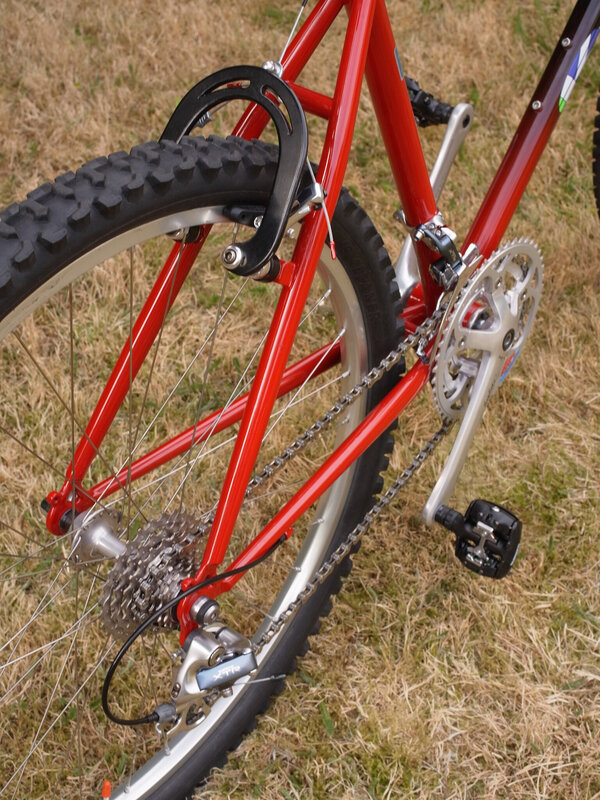 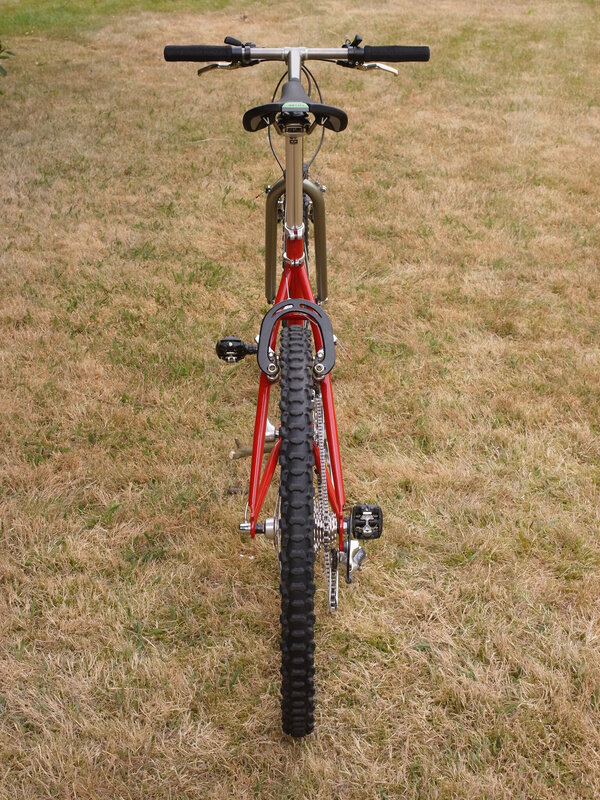 That's a right stunner and a very tasteful build, nothing flash and just perfect.

Kona Fan
Thanks dude. Lightweight and nimble is basically what she is. 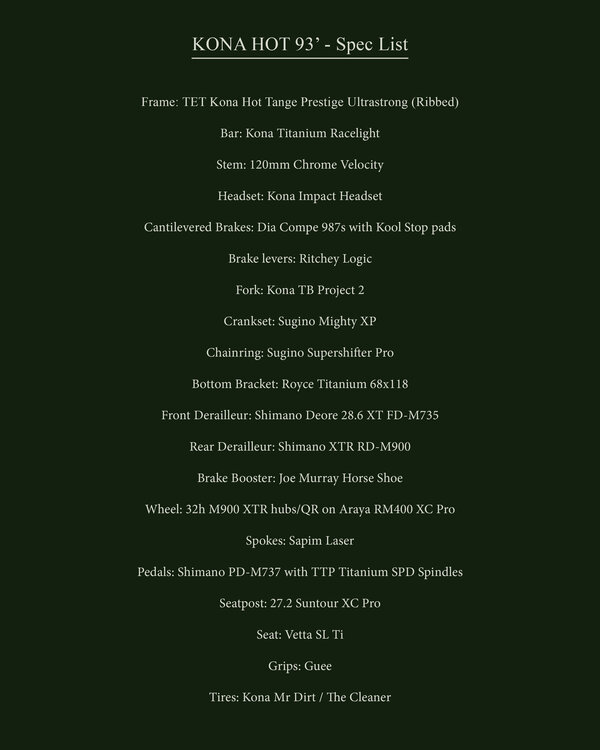