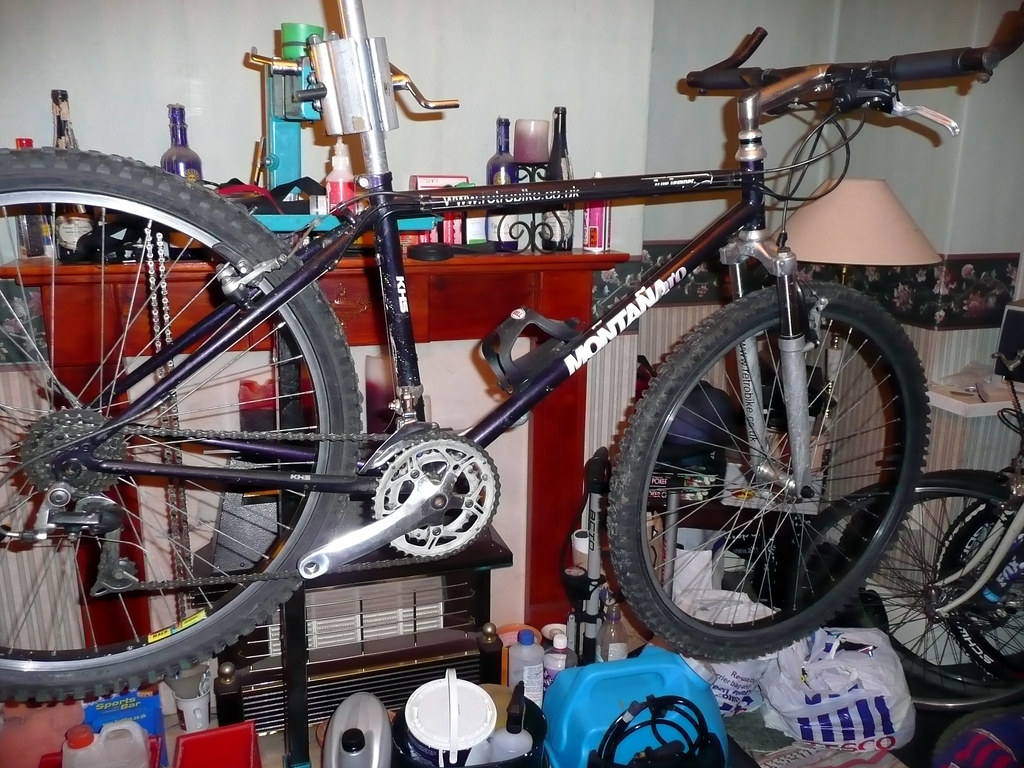 1st upgrade was removal of the bars and bar ends. An Amoeba Ti bar had been lying about waiting for a home, so on they went 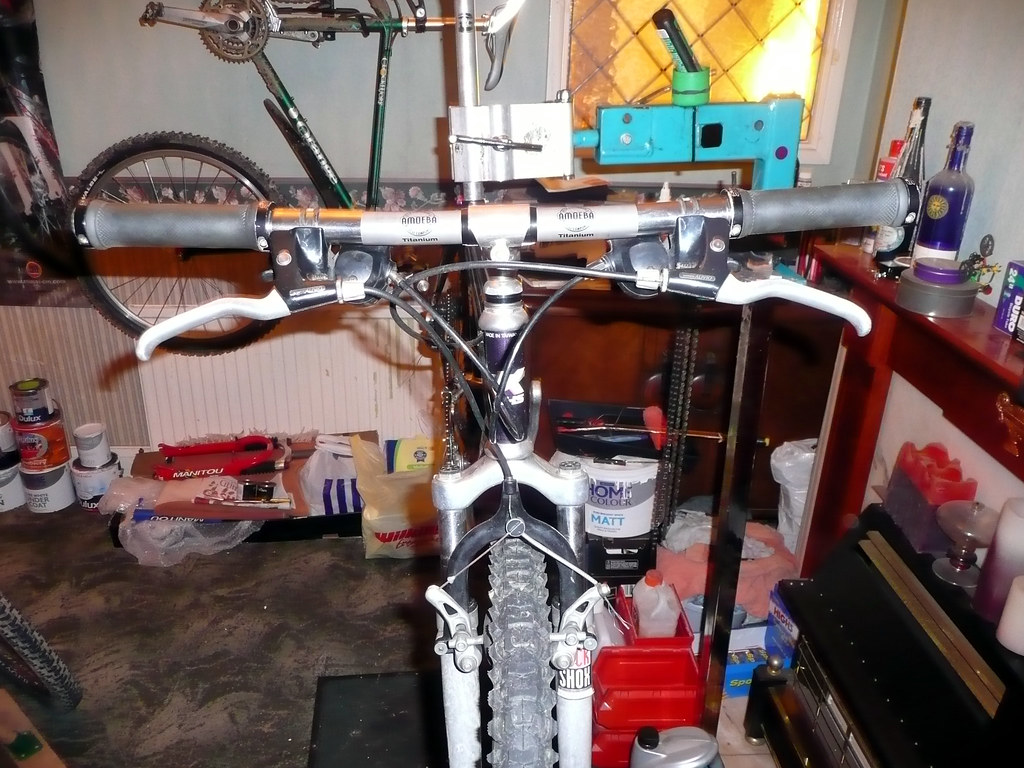 reweighed the bike @ 28.15lb, if only every bit of Ti shed that much weight

I am aiming to go back to catalogue spec, or as near to it as possible. I prefer a suspension fork (dodgy bones) and the Alivio canti brakes look loads nicer then the OE M730's

I have sourced what I suspect may be the correct saddle, it's a Bontrager Ti, but I can't find the model no on the saddle, it's supposed to be a VL-192T. The saddle I have is stamped For OEM Only and Velo & it weighs ~230g

I may also be about to source a seatpost too (Fingers crossed!)

To save having to scroll through the full build process here is the current spec and a few pics... 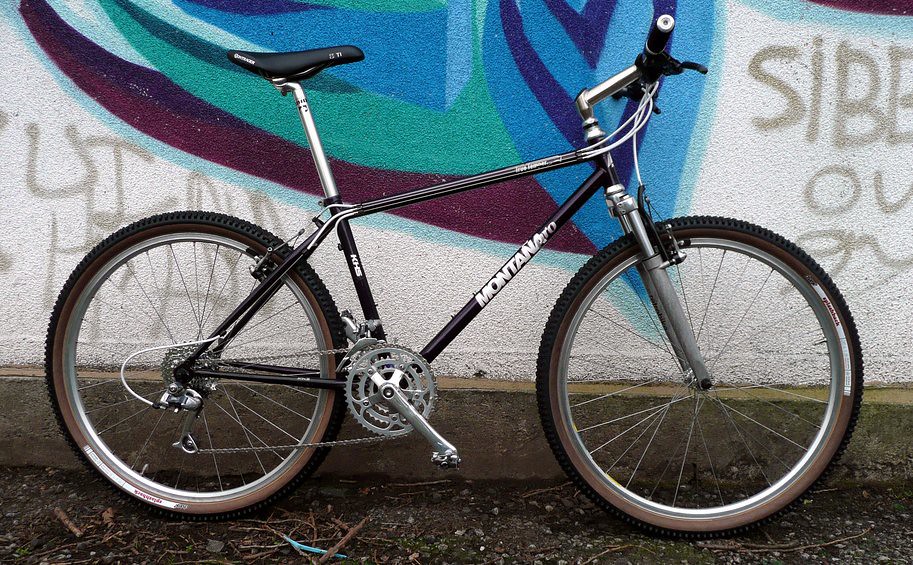 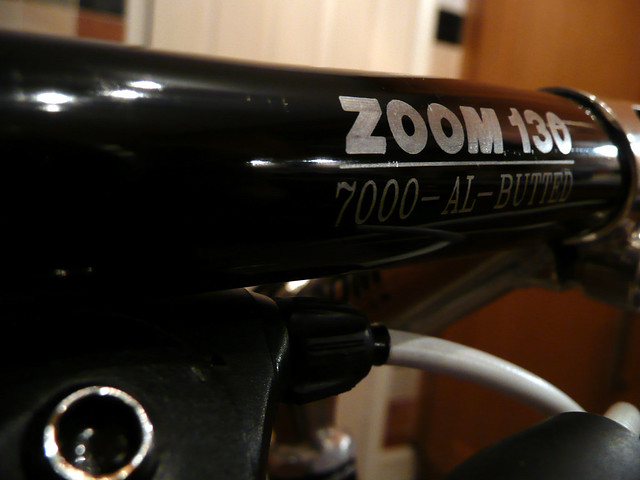 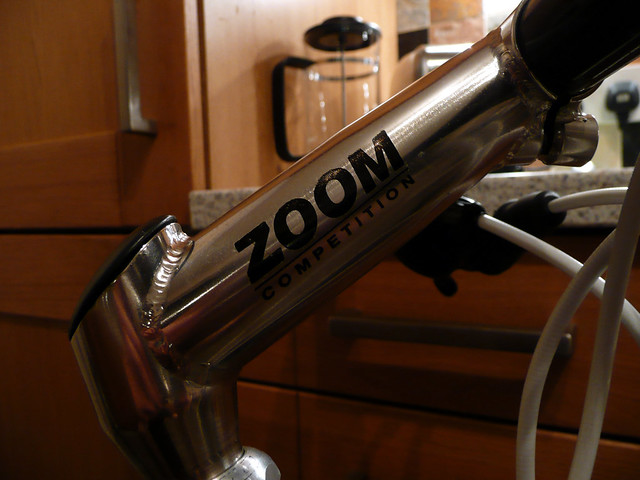 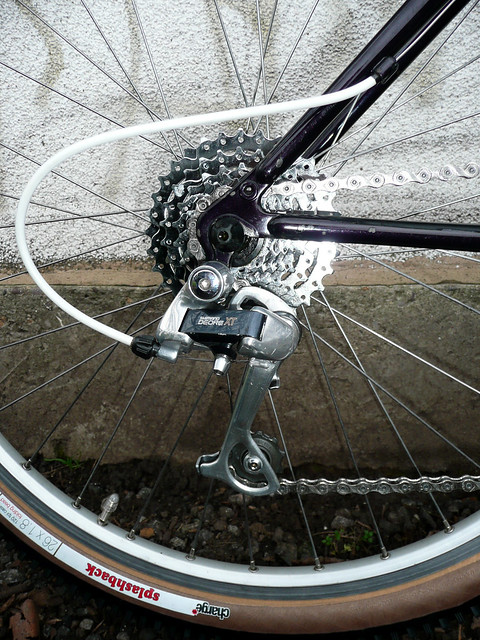 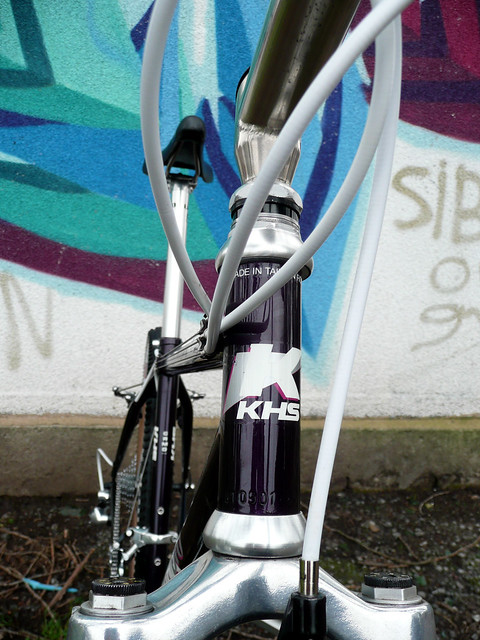 The parts listed in red are OE parts.

Bring the forks round mine and we'll slap some paint on like I did to the 21's on my old Zaskar. 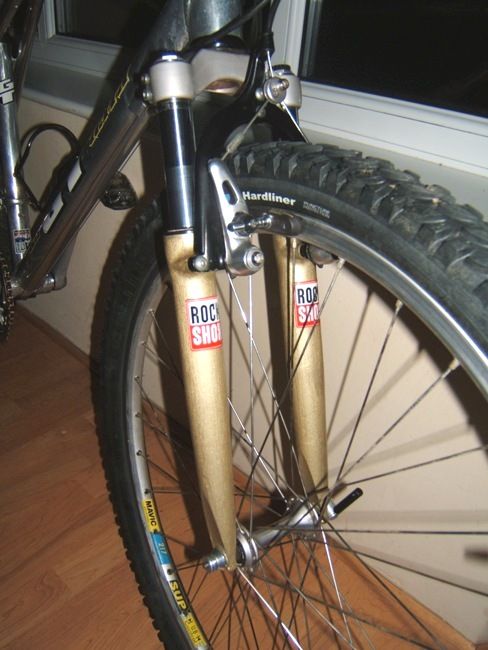 Can i just say the components this bike started with have very very little to do with me!

The drive side of the chainset is either a specialized strongarm or an fsa of the same design. Left hand is a random.

Cheers coomber the pics don't do the paintjob justice, can't wait to get it out in the sun, it's stunning in daylight with the 'flake' lacquer

Pickle I may well take you on on that offer, your refurb looks pretty good, have you ever serviced them or is Fluffychicken a better bet for that?

I have quite a few parts coming together for this build

Just won what I think may be the correct seatpost for the bike, it's a Kalloy from '94 & as far as I can tell from the catalogue pic it's very similar if it's not the same, so saddle & post are sorted as are cranks & M095 shifters/levers

Singlespeed kit is on it's way to me too, just whilst I get all the parts to properly build it up in spring, wouldn't want to grind away too much nice retro kit

Was going to go for a cheap shot based on 'stripping her down and giving it a good buffing' but it's a family forum!

will look ace again,glad its gonna get used and local

lewis1641":10gyena7 said:
Was going to go for a cheap shot based on 'stripping her down and giving it a good buffing' but it's a family forum!
Click to expand...

I was wondering if anyone would take the bait...

I can't wait to get some more parts for this build

I was flip flopping between pink or white outer cables, I have gone for white for now as it'll match the decals, the pink might look good though and would be a nod to the Team colours...

Oil and air is waiting if you want them to have a quick freshen up and set for you weight (sod all) and riding style (soft and genital).

Them there Canti's look like Shimano Alivio whatsits or similar, not Diacomp.
Ignore what the pads say on them.

will look ace again, glad its gonna get used and local
Click to expand...

I have found some M550 Deore LX flat pedals in my parts bin, but may want some M737 SPD's at some point to keep it period correct
You must log in or register to reply here.