I'm going through a bit of a Cannondale phase lately and this is one I'm currently working on.
It was a 1993 M800 which was in quite good condition but this is the kind of thing I enjoy doing.

Still a WIP but most of the parts are fitted at this stage.
I resprayed the frame (rattle can) attempting a bit of a Klein blend thing which worked out great (from the front, metallic blue, from the rear, metallic purple). I'll take some more pics to show this off soon.

I'll throw some new stickers on it when they arrive.

Answer A Tac stem, Ritchey Logic brake levers and crankset, XT Thumbshifters, all the stuff I liked about the 91, 92 Cannondales.
The wheelset is temporary as I don't really have anything I like lying around at the moment.

The new pic is pretty crap but I'll take some better ones when I'm closer to finishing. 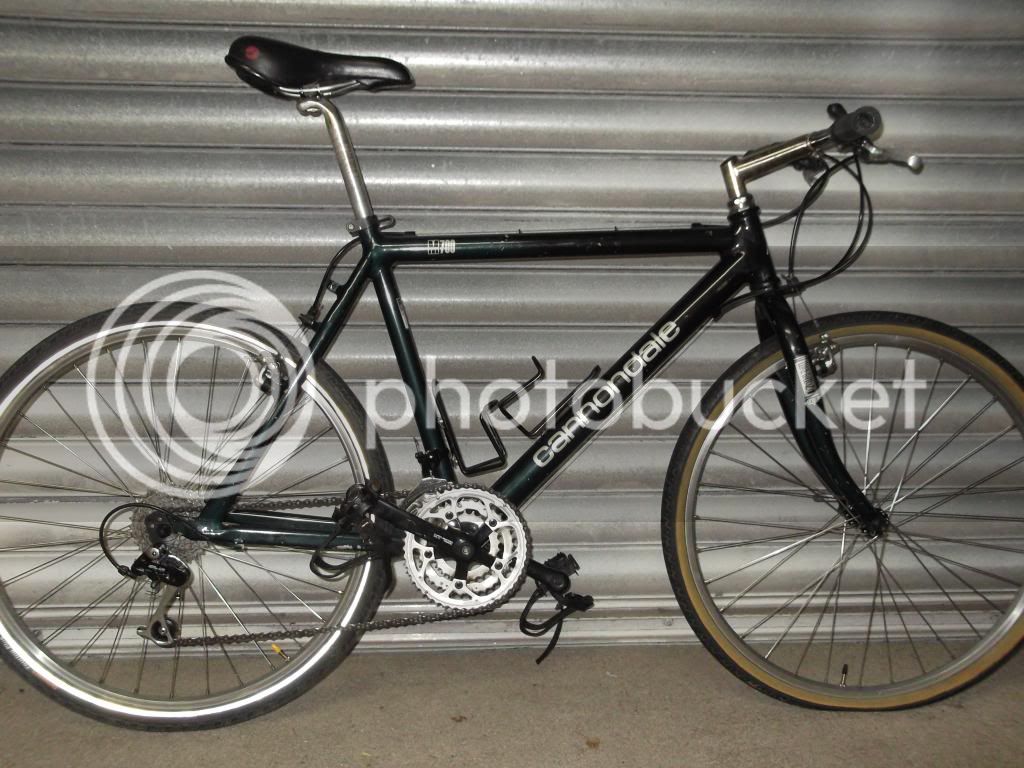 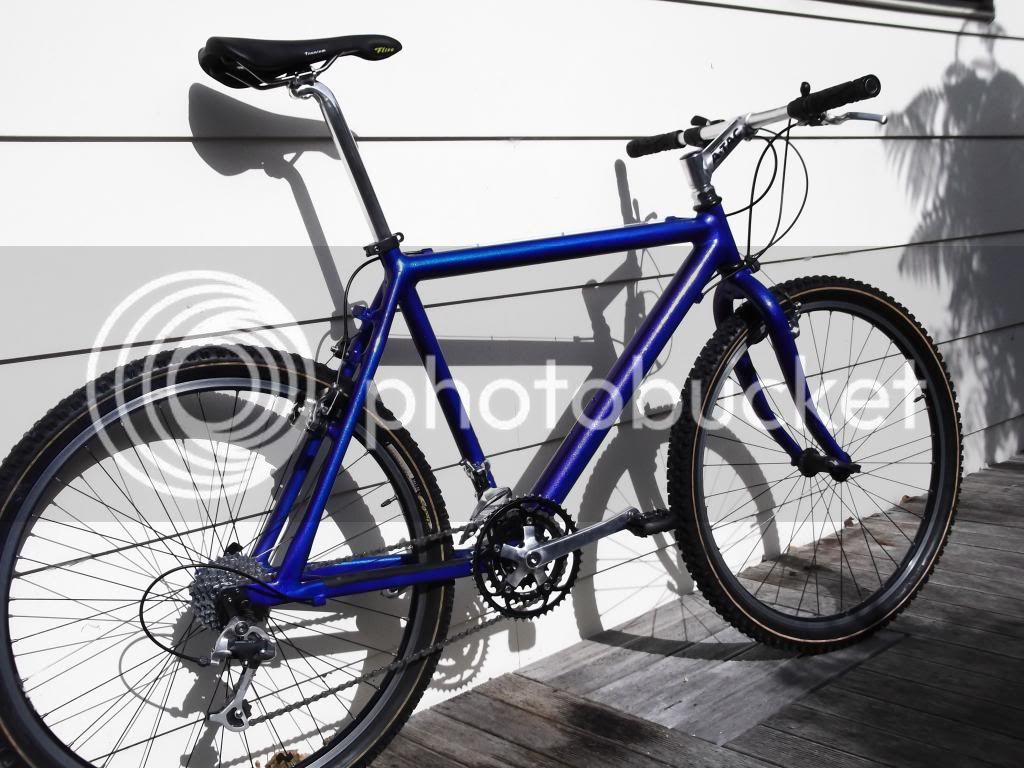 This has taken a while to finish due to my Fake Tioga Disc drive wheel efforts and my own build efforts but I think it's pretty much finished now.

My Dad has been dealing with bowel and liver cancer for the last 9 months and I thought a bike for a little cardio would do the trick + give him a bit of a thrill.
He has a pretty large man-made lake near him with some really nice groomed tracks where I thought he could stretch his legs.

I've modified the Cannondale to a point where I think it would suit him (gearing wise riding position, etc).

I'm going to give it to him for Christmas. He isn't due to restart his chemo till late January so he will have a few weeks to enjoy himself.

My kid's know him as `Brewie' so I personalized it with his nickname as well. 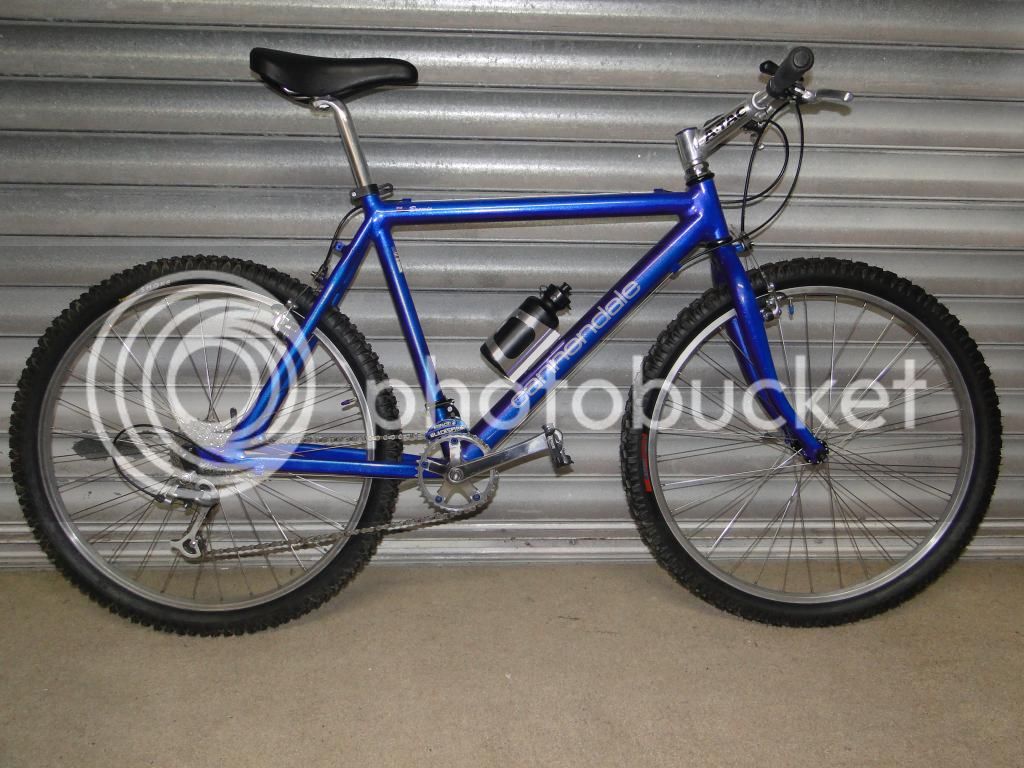 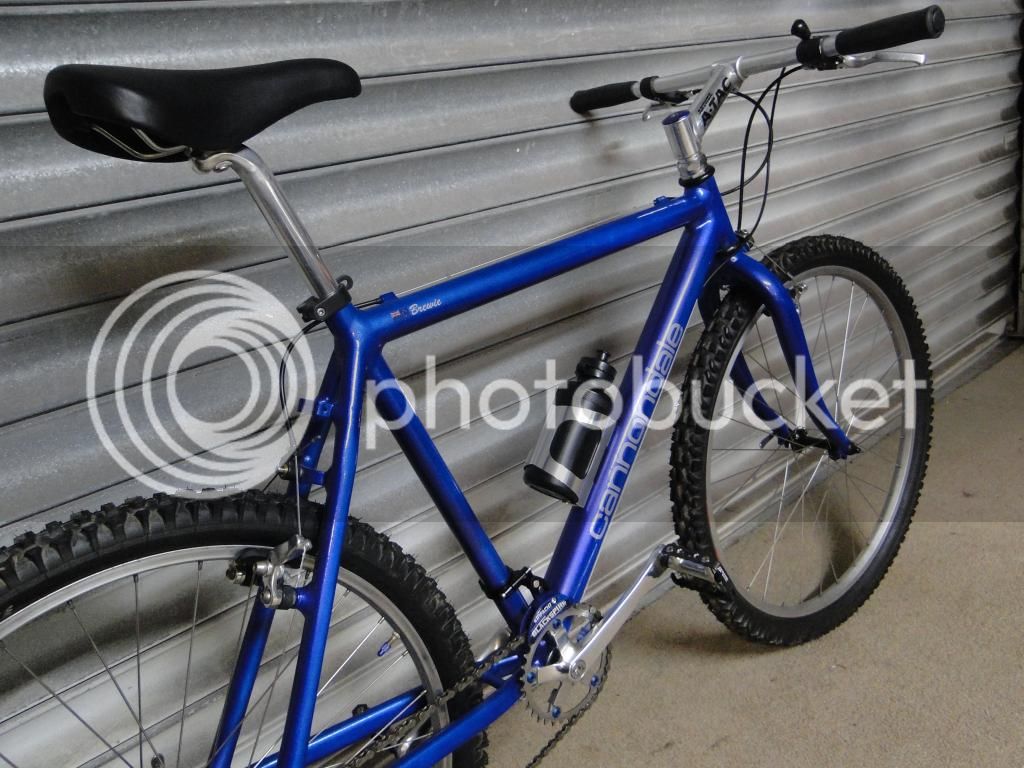 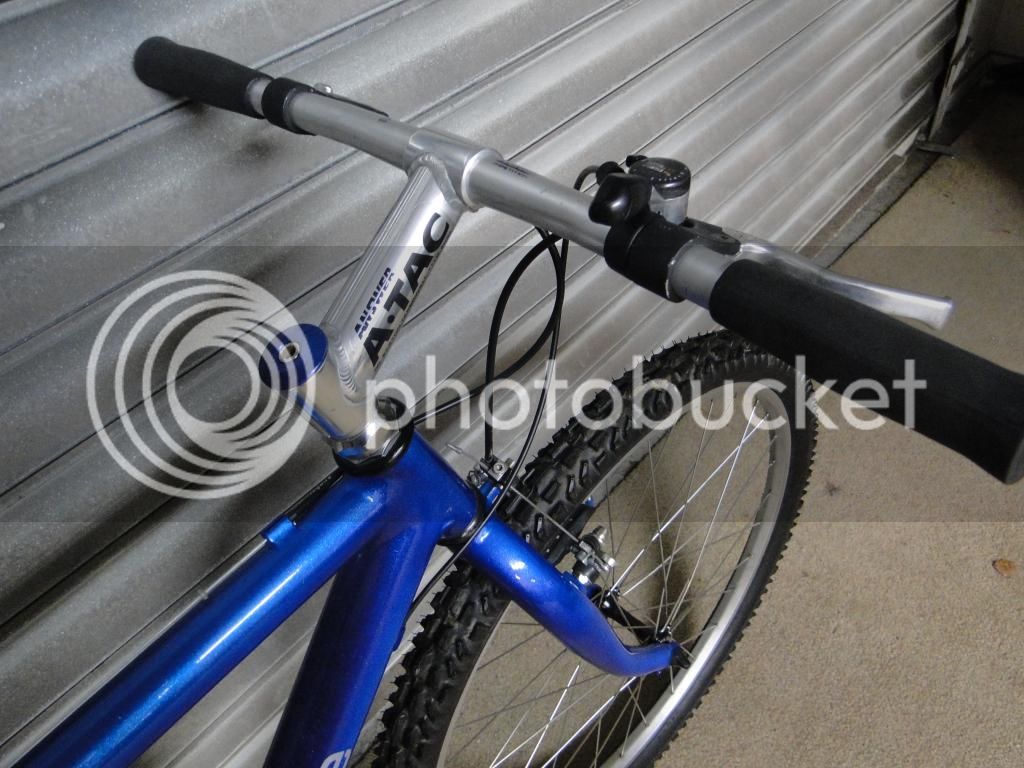 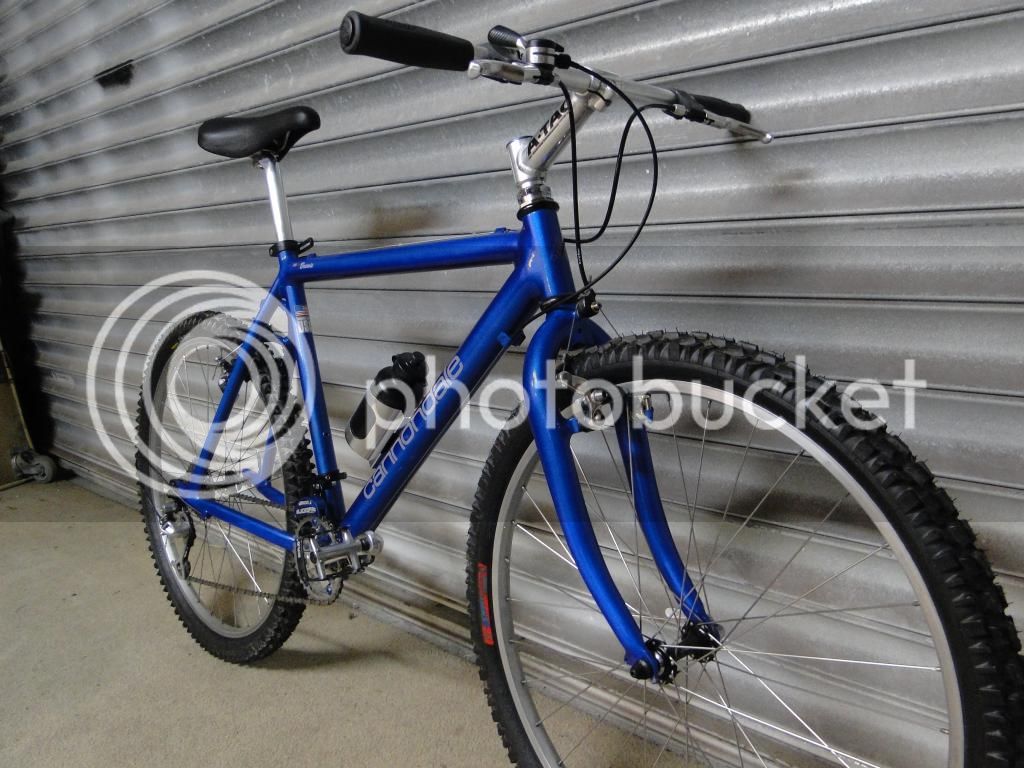 So what's the verdict?
S

The paint is blue and purple. From the front it's blu and from the rear it's purple. Kinda Kleinish.
My Dad is 66 years old (as I mentioned in the newer post) and will pretty much limit himself to the flats around the local lake + I thought the simpler the better for him.

I have to find a helmet my Dad is willing to wear now.

Can you please tell me what is that device you have got in place of the front mech?


jawa":7cvguspu said:
Can you please tell me what is that device you have got in place of the front mech?

Sure thing. It's a Blackspire chainguide. If you google them, you should find what you are needing.
You must log in or register to reply here.