And so this beaty came crossing my paths. Couldn't resist and just had to add this beaty to my collection.
What else we can say about this 1993 Manitou FS build by Answer. One of the first full-suspension bikes that shocked the world. Build by Doug Bradbury, before he sold his Colorado based company to Answer, was a mountain-biking pioneer. He was at the cutting edge of engineering and machining bespoke parts and frames specifically to suit this hurly-burly new sport. Considered revolutionary for a suspension bike at the time, the design essentially used fork legs for the rear struts. While the suspension was active and fairly plush, the frames were plagued with cracking, particularly at the headtube. This one has been checked and repaired. The construction of these frames made extensive use of hollow CNC junctions, resulting in a very light frame. 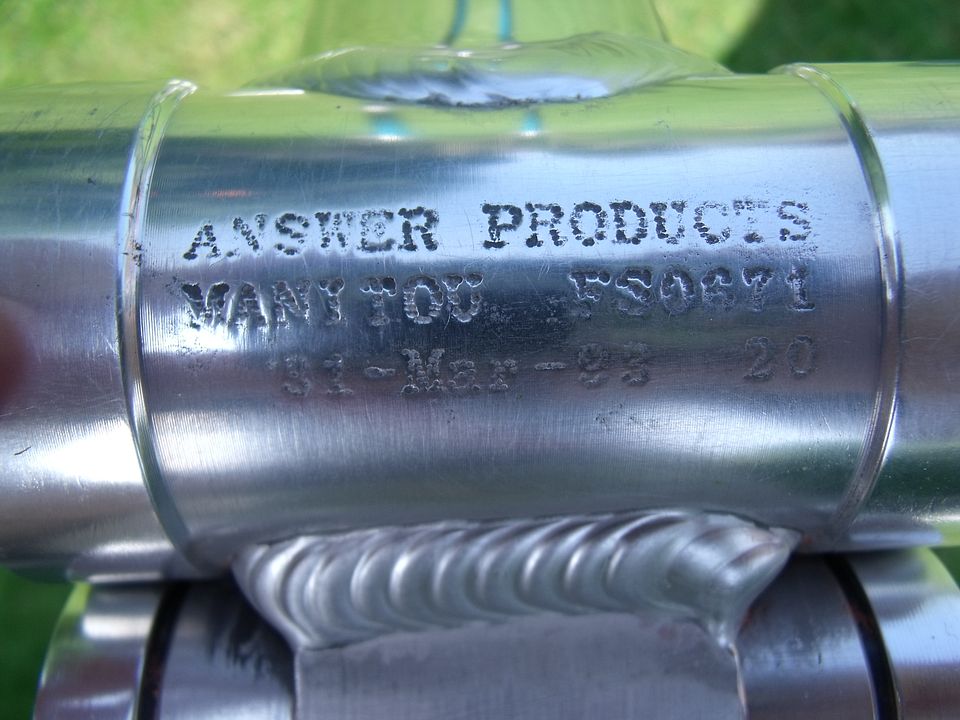 Thats so cool! Would be interesting to know how many were made in 1993…
You must log in or register to reply here.