Well here it is, the #1992 Trek 8900 I just got on Facebook Marketplace for $100US. Happened across it completely by accident. It’s an incredible find, nearly all original, and still very ridable.

Every bike tells a story, and I wonder what this bike’s story is. It’s obviously led a hard life outside (we are near the ocean, air can be very salty). Seller said he got it in a storage unit he bought (which sorta checks out I guess as we did the deal at a storage facility). The shop decal tells me it was bought locally when new.

The listing said the bike was “ready to ride” which I doubted based on the pictures, but sure enough, the seller literally rode up to me on it. Tires are trash but the tubes are holding air. The frame is 18" (Center to Top) and is in very rough shape, faded and corroded, but not cracked as far as I can tell right now.

Like I said I really wonder what this bike’s story is, and how it got this different from factory spec.

Although it’s kind of a shame to part this ancient but still rideable bike out, the cost to restore it (with full XTR) would exceed the value of the finished bike many times over. So, soon we will begin disassembly, thorough cleaning and listing everything on eBay.

p.s. many more high-resolution photos and a 2 minute walkaround video are available here, here and here.

Really wish I could save it (purple IS my favorite color) ... but the parts will live on, helping to complete another bike somewhere. Pic of your bike? Would be nice to see one in proper shape.

Nicks rescue thread, I’ll see if I’ve any pics of when I built it 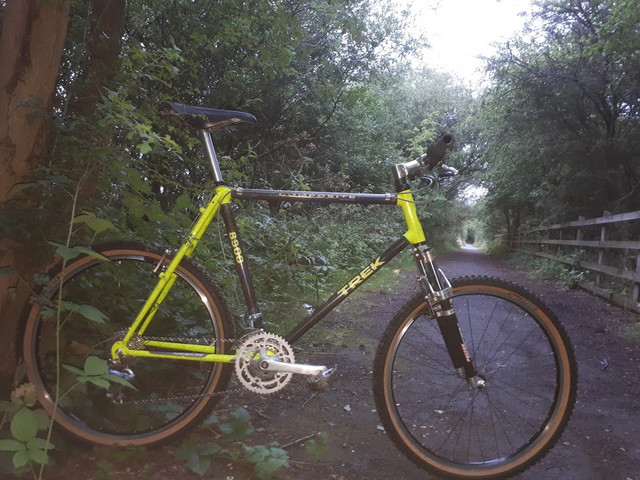 Nicks rescue thread, I’ll see if I’ve any pics of when I built it
Click to expand...

No reply to my PM yet so I'll ask here, what's the frame worth to you? Thanks!
You must log in or register to reply here.