Well the Nishiki is now in a fit state to be shown so here goes....

Back in the late 80's and early 90's I always lusted after elevated chainstay bikes and loved reading about all the weird and wonderful bikes and forks in MBUK, but as a poor student I had to wait 5 years until I graduated to get my first mountain bike in 1993 (A Scott Superlite but that's a tale for another time). Well over the past few years I have been building a few of the bikes I lusted after in my youth and the first on my list was a Nishiki Alien SP which combined 3 of my lustings, Aluminium, square tubes and elevated chainstay.

I purchased the frame about 4 years ago from a member on here like this. 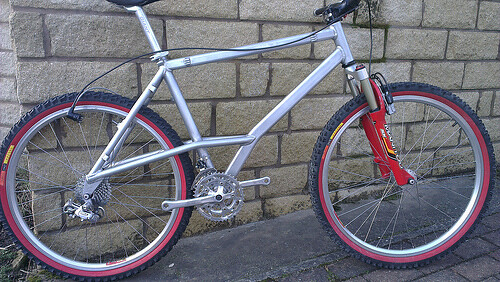 This is the original photo from the for sale post. I only purchased the frame. It had had the inevitable nishiki cracked head tube and seat tube, but these had been professionally repaired. There is a little bump on the headtube but as you will see it's hardly noticeable.

I wanted some AMP forks to go with it so got some F1's with rusty chrome legs and after a frame builder friend had cut off the canti-mounts and put on magura 4 bolt mounts I had it powdercoated to match the bike.

I hope you like it, some components are not year correct but I couldn't resist. The seatpost is a carbon monolink post which came with one of my modern full suss bikes and was surplus but I think the monolink saddle mount suits the weirdness of the nishiki 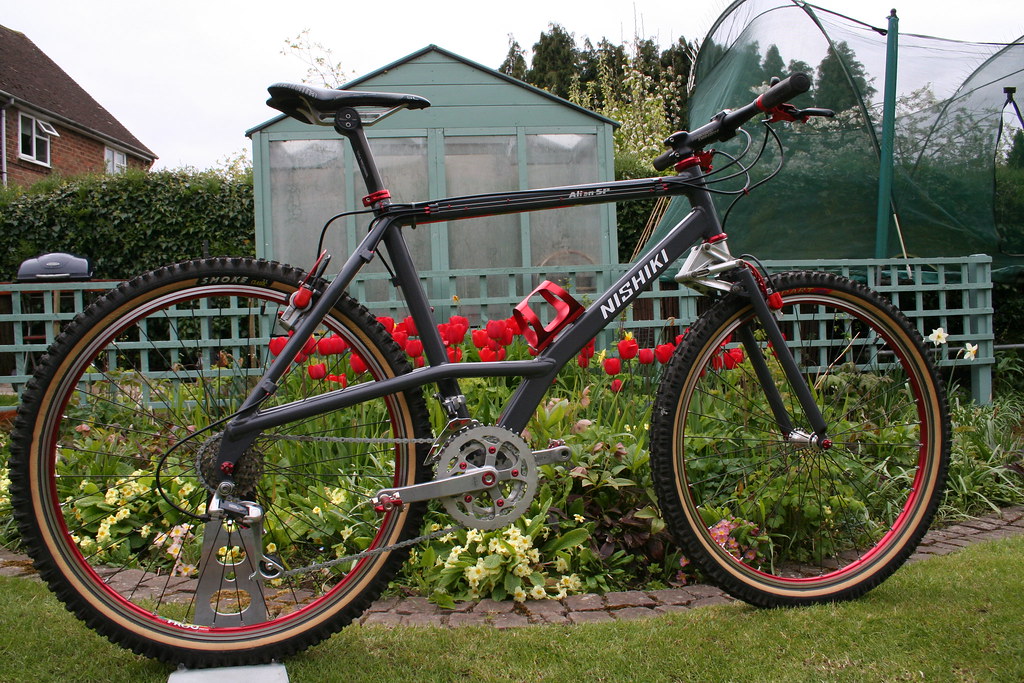 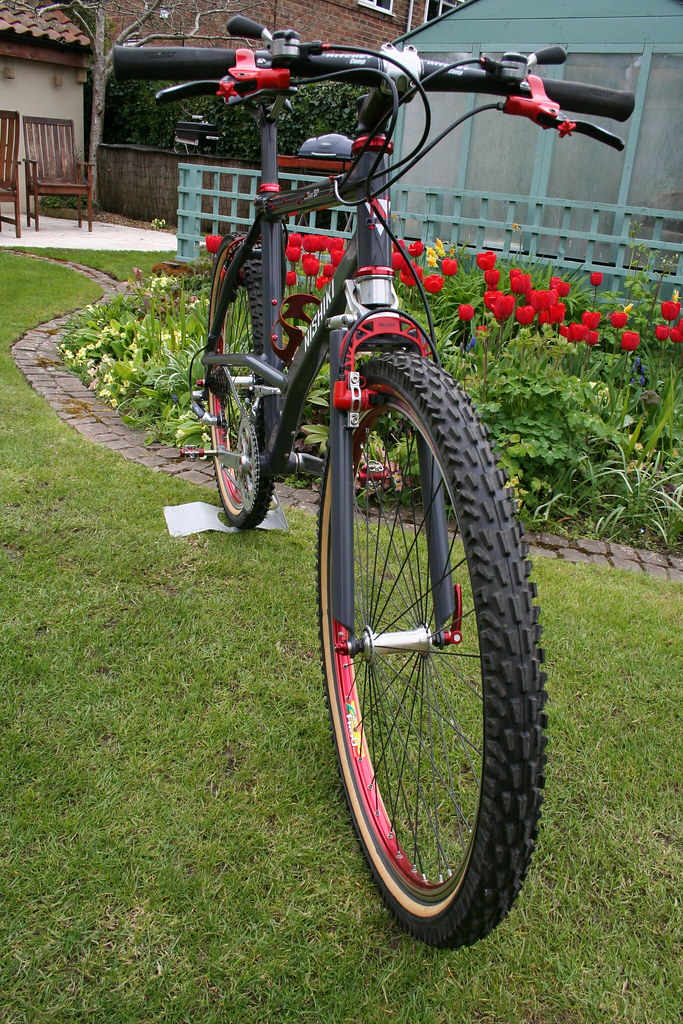 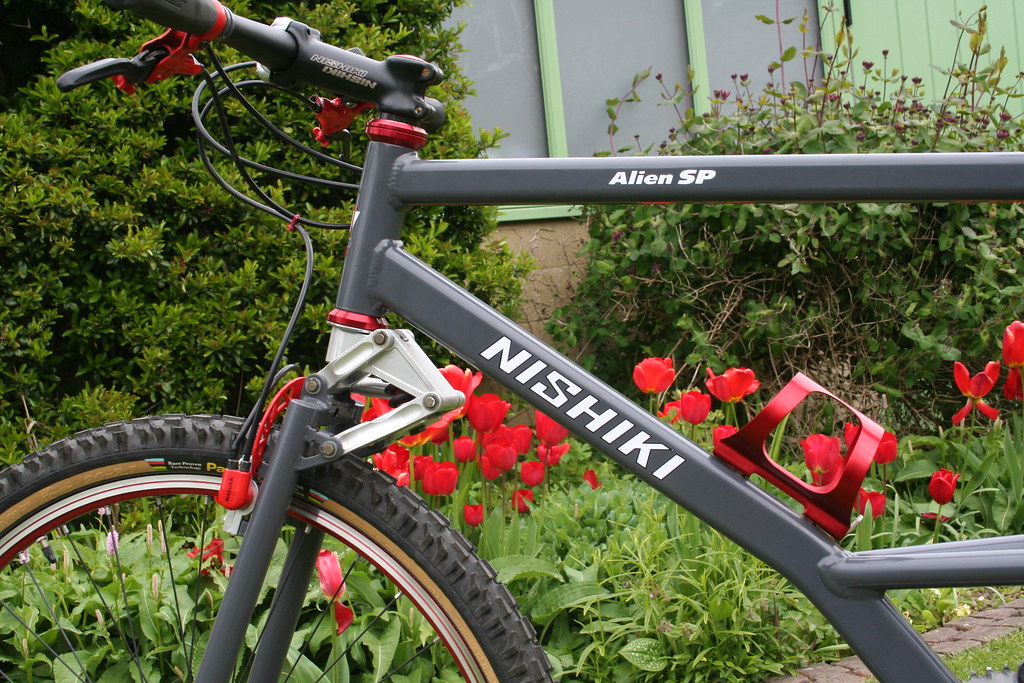 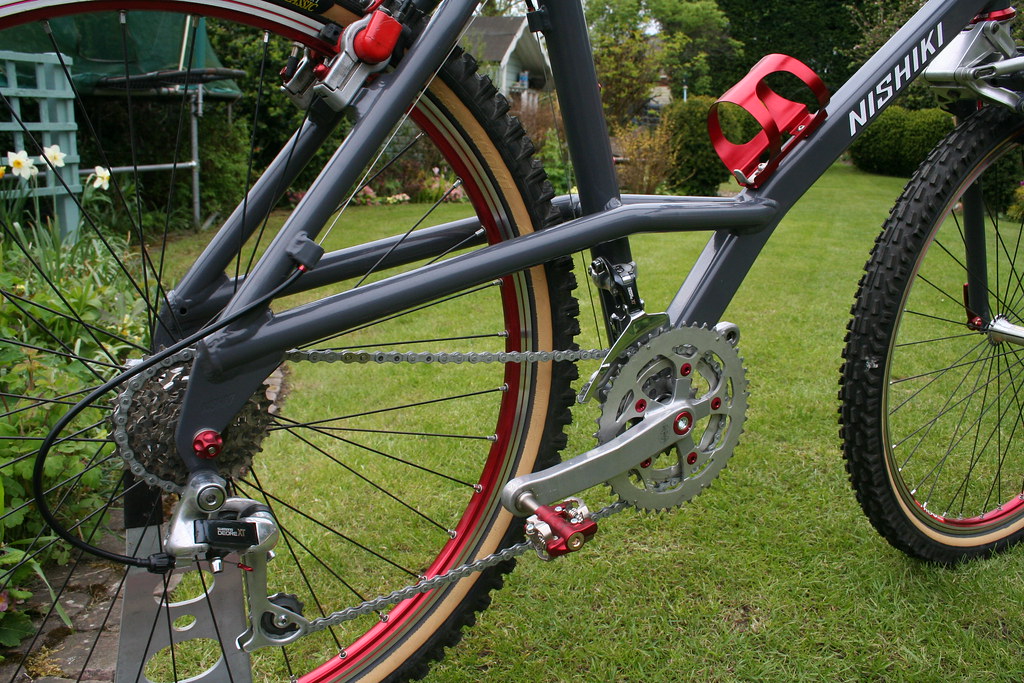 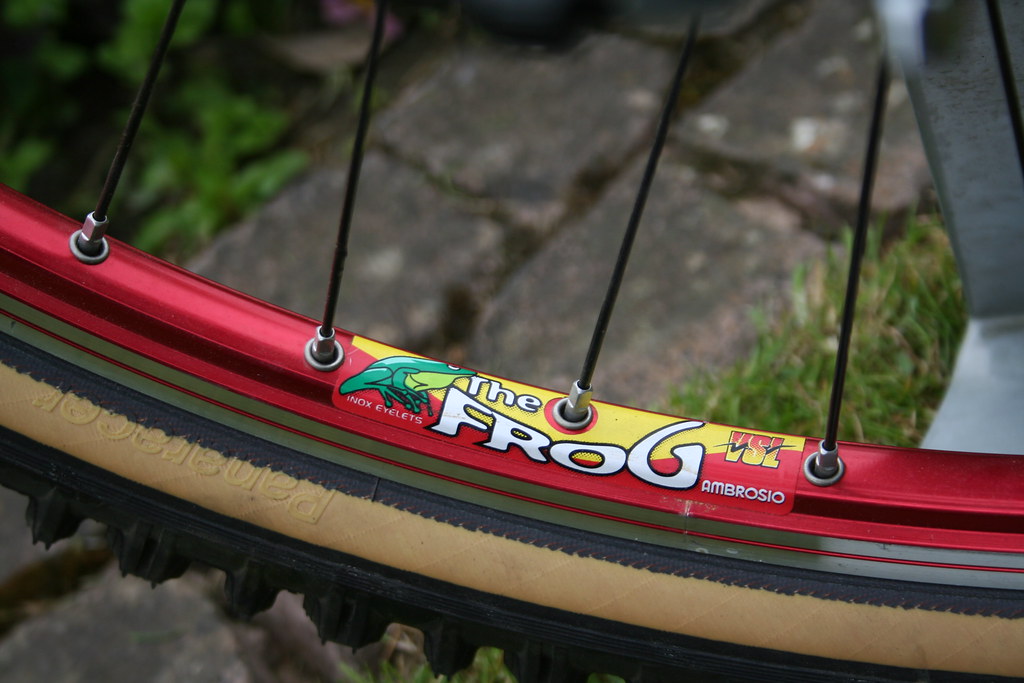 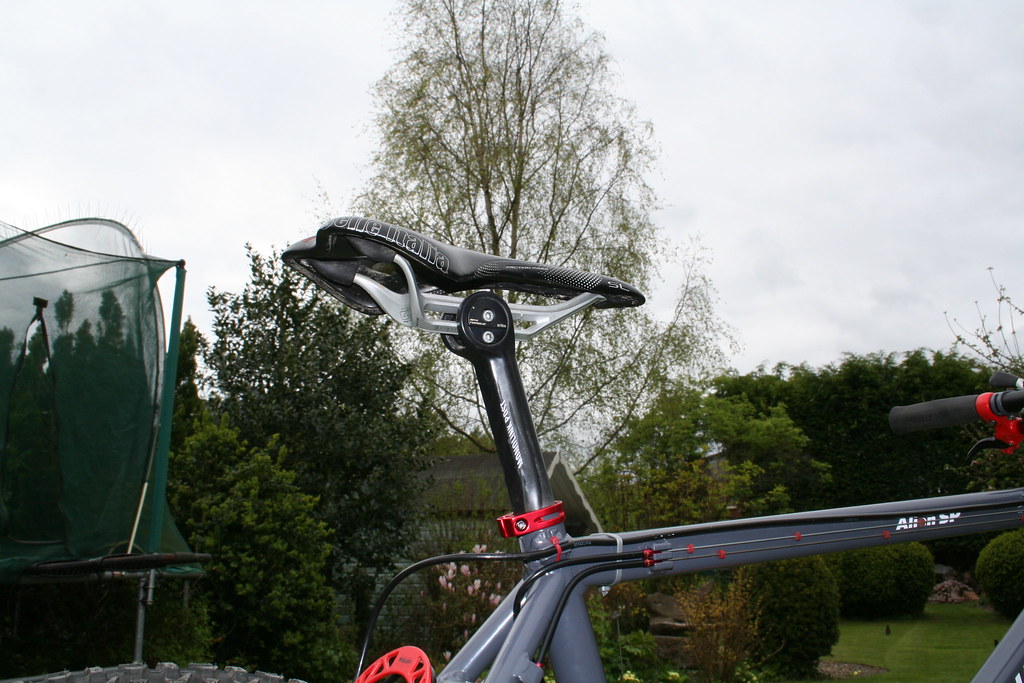 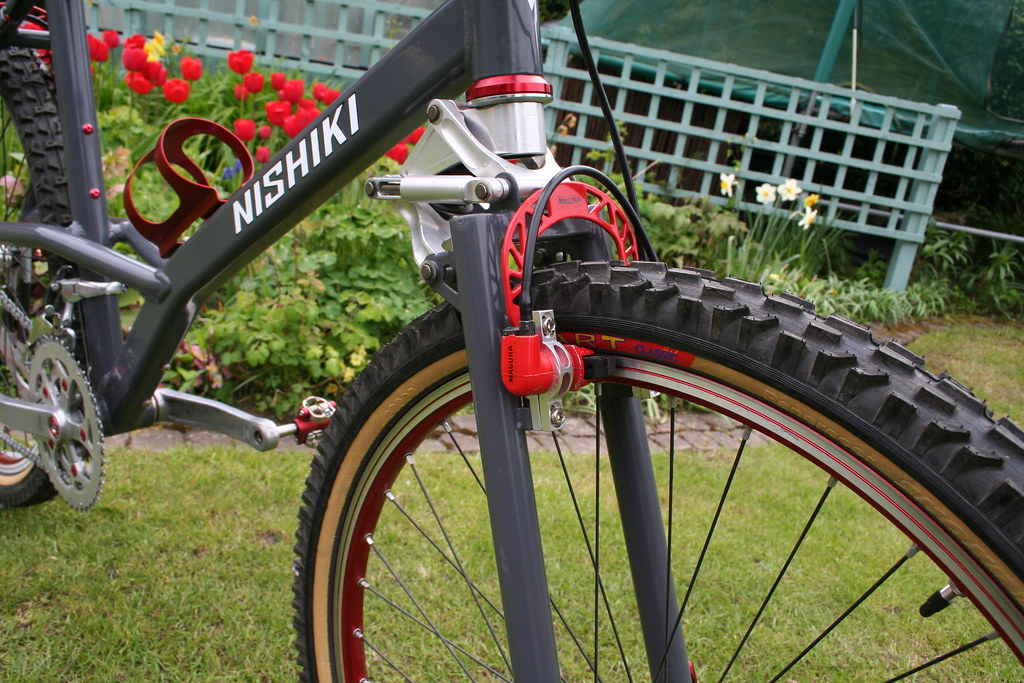 I know it's got a lot of ano bling on it but for a first build I wanted to fulfil my early nineties ano lust..my subsequent builds are a bit more subtle..

That is gorgeous! Hoping to scratch my estay itch soon
D

Nice build, and it can handle the ano bling. Without it greyish clours can get dull, the red ballances it quite nicely if you ask me. My next project wil be a Alpinestars cromega, I love estays!

The colours were based on my teenage 80's bedroom!!
M

Interested in hearing more about the brake mount mod.
Looks great, saves some parts, and I guess also gives better brake performance?
Is this something you've seen elsewhere or your own idea?
K

At first the mish mash of parts shouldn't work but when you see the finished article, it seems like it should not have been any other way. I quite like that.

mtbmaniac":luw7o101 said:
Interested in hearing more about the brake mount mod.
Looks great, saves some parts, and I guess also gives better brake performance?
Is this something you've seen elsewhere or your own idea?
Click to expand...

KDM":30duencp said:
At first the mish mash of parts shouldn't work but when you see the finished article, it seems like it should not have been any other way. I quite like that.
Click to expand...

It's not one for the purists that's for sure! But all the major components are year correct and this was a fantasy bike so I figured I could get away with it. My next builds are a little more part conservative.

Love your Alien. My first MTB was a Cascade in 88/89ish
You must log in or register to reply here.

Tribute to my very first Mountainbike, a Wheeler 313