Maybe a rather pointless thread as I'm not planning on changing anything since Marc two tone built it but as I'm now the proud new owner I thought I'd better have my own thread.

Marc restored this from a bare metal frame and fork and the fresh powdercoat looks fantastic!

I bought this in rather a strange way off ebay, I've known Marc a fair while now but neither of us knew it was the other as we bounced messages to and fro, anyway he accepted an offer an DanD very kindly collected it last night for me.

I'll pop a spec list up late but here's some pics from todays little potter on it. 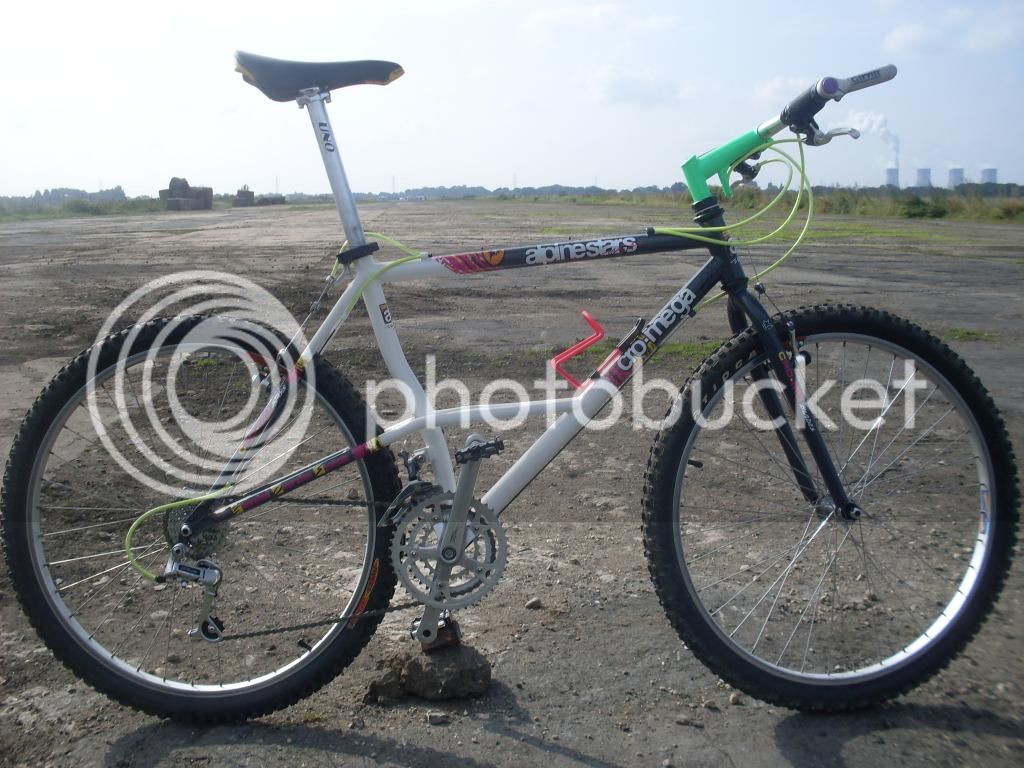 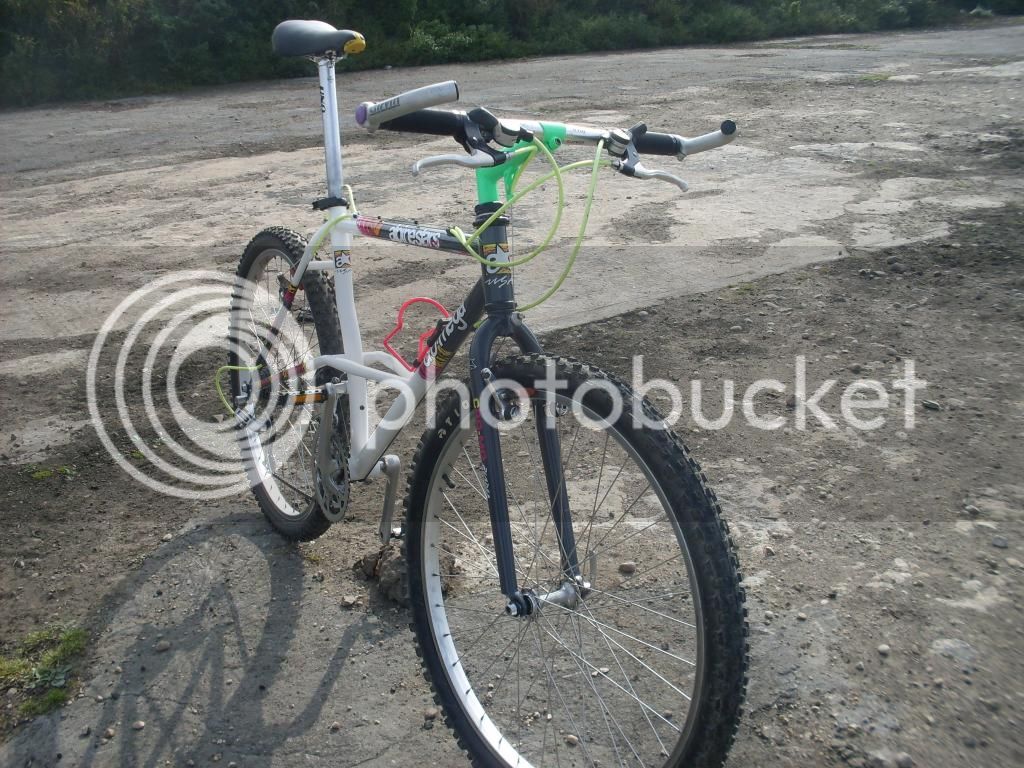 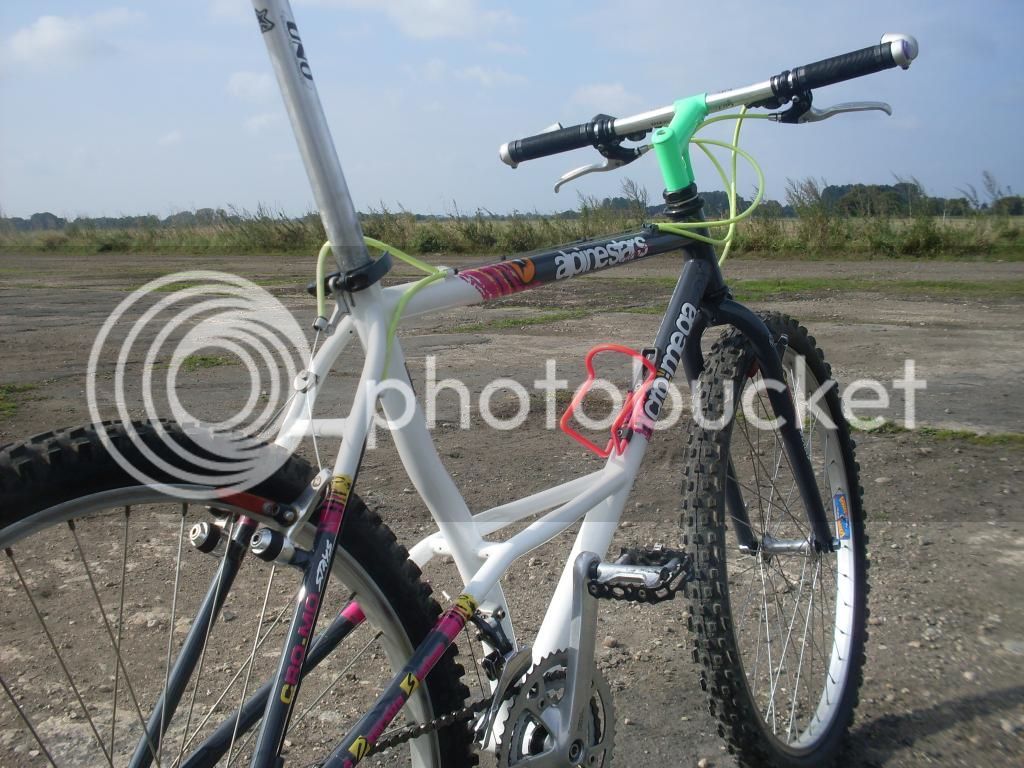 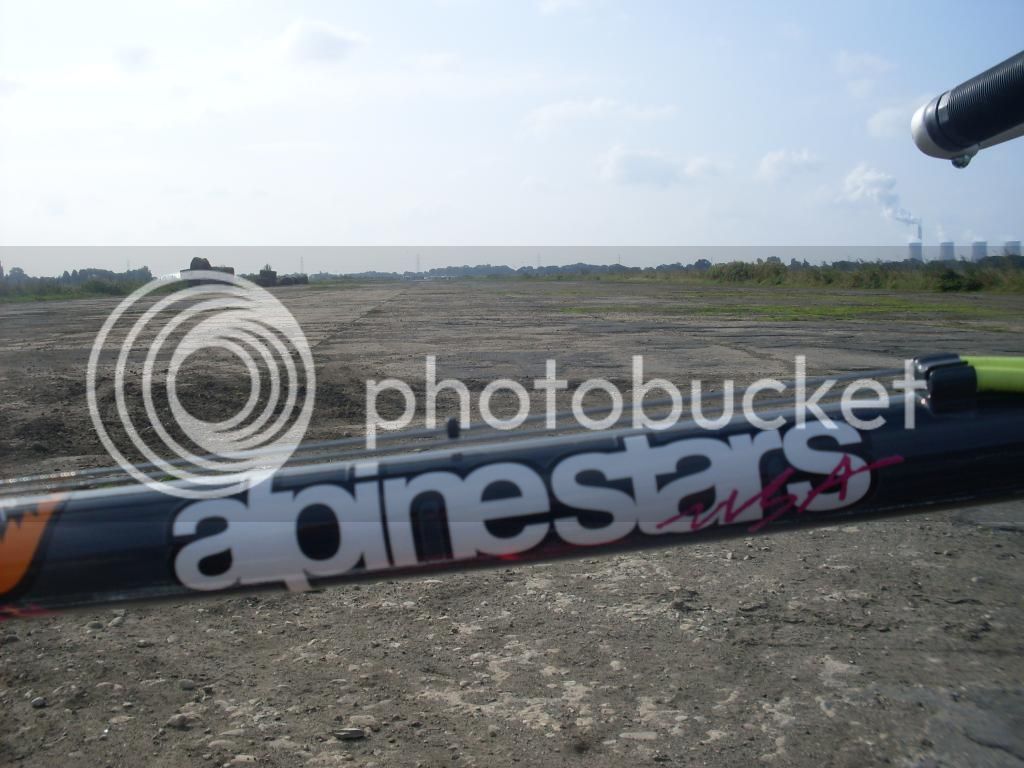 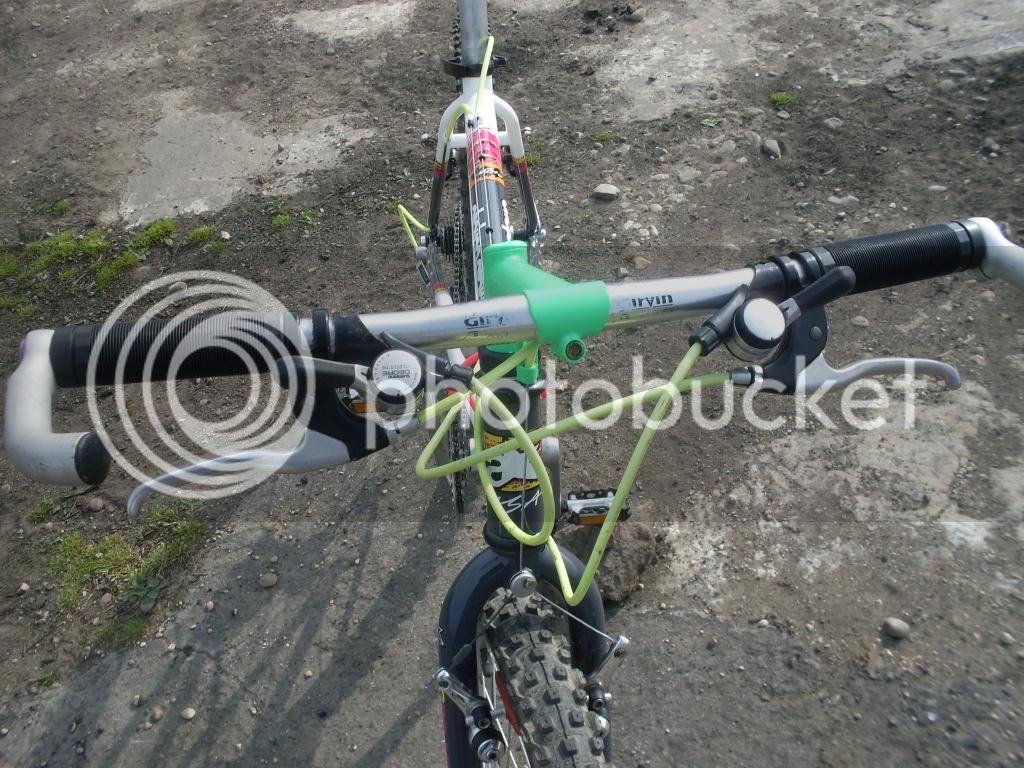 Nice bike, always like elevated frames, had funk bitd,,,yep both cracked lol
What are the cooling towers in background belonging to?
C

She gets around a bit doesn't she?

Now that's more like it! getting used! Locked up in my cave was offering no justice to this machine.

That front tioga tyre was the best i've ever used, it just kinda tracks and stays...steady. The last time i used it (from n.o.s) was last years' kildale iirc, i felt safe basically!

The bars...wow, never seen another pair. Crazy lightweight but make the renthal 'sub 130' feel brittle. The kool stop pads were n.o.s from ravenscar ride. They bite quite well, the rims have bags of life too.

If you remember the 'MS RACING' bike from the national series win 2011 (a proud title i might add) the hubs/spokes are from that, sort of kept in the family the 231's or whatever they were was dead and 'groovy' in the wrong sense. So i found those vuelta online and laced them in. I did the wheel smithying, so you are safe. The cassette was new, might have done 60 miles-ish. It's a road going 6500. These shift better than the HG series, and mtb's don't often consider them as they are too busy chasing the HG stuff, leaving me to snaffle these up, our secret though

Its kind of unusual for me to have a bike that I genuinely dont want to change anything on, I have actually ordered proper straddle cables and bridges as I don't like the shimano link wires (I love to faff with cantis and get the very best from them).

Nice to know there's part of that MS Racing in it somewhere!

Myself and Dan both noticed it seems to shift smoother than either of us are used to so that explains why, any idea on the cassettes ratios?


Yes, that's pretty much it. It looked right, despite it's 'front' specific title, the tread is of the kind i've seen on the rear of many a tyre. Some marketing blag, no doubt.
I can't remember the cassette details but it shifts well and responds to soap and water coming up shiney every time(not often washed it btw, not needed it). Far better made than it's HG50 counterpart.

The clearance is good too.

We Ought to organise an Alpinestars ride sometime
C

I'm up for that, i'll get someone to ride my other one
J

Make it an E-Stay ride
You must log in or register to reply here.