So it's about time I started a thread on this little project as I think it has potential to come out rather special (to me at least).

This is my uncles former race bike, I remember going to the odd race with my nan when I was kid to watch him and after giving me his Alpinestars jacket one Christmas I wore it everywhere (that was a statement even back then!). Since then I've been drawn to the Alpinestars bikes and have not so subtly hinted at prising the Al-Mega out of his hands several times.

Fast forward 20 years or so and after seeing some of bikes I've been playing with and building over the last couple of years he dropped into conversation that he still had said Al-Mega and it was taking up space in the garage. It has a cracked head tube (hands up who was waiting for that bit), which he'd planned to get repaired but life got in the way and it never happened. He said it was mine if I could do something with it.

I had no real memory of the spec of the bike from when I was younger and I had been warned that it'd been upgraded it a fair bit but he couldn't remember what was on it other than carbon spokes and a repaint to purple, so I little clue what I was going to end up with.

Collection day came nearly another year later and I was more than a little excited to dig it out of the garage from beneath the assortment of garden machinery, kids toys and BSO's.

This is what I ended up with (apologies for the sh*te pictures, kids and mid winter don't make for much in the way of daylight photography): 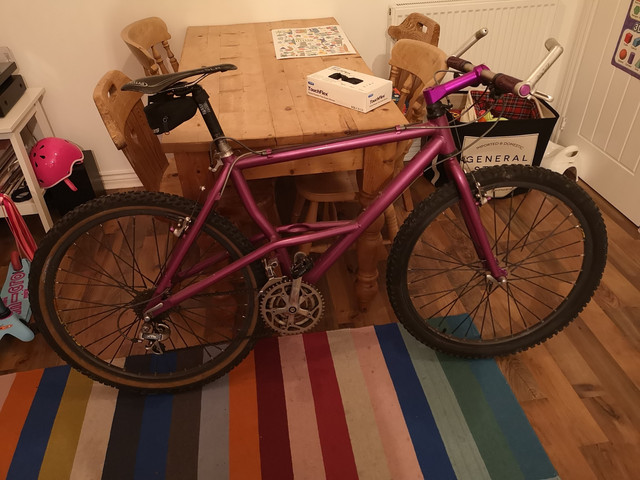 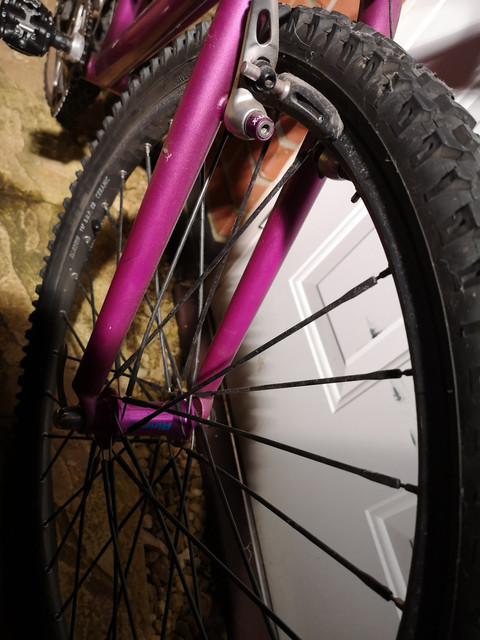 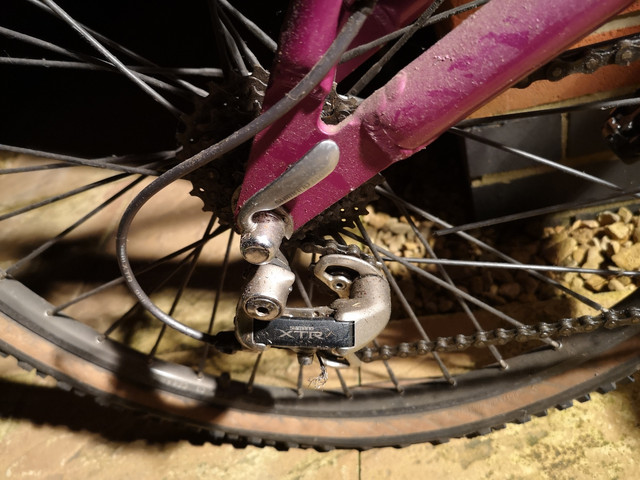 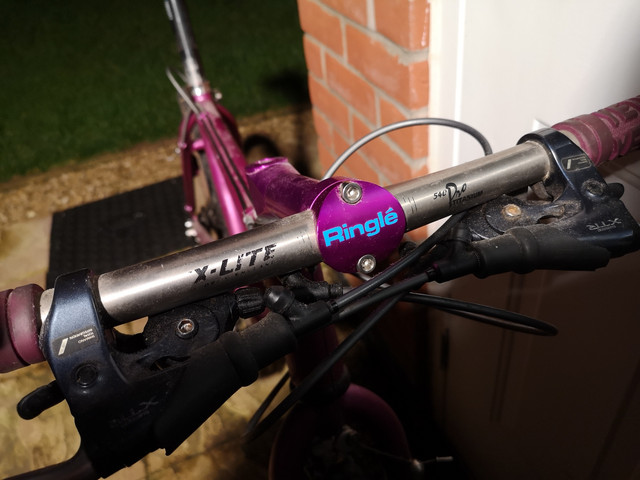 
As far as plans are concerned, I've already sourced a matching Ritchey tyre to go with the rear one since these were original equipment. Otherwise the main focus is going to be around the frame. It will be on it's way to Danson before too long to have a new head tube welded in and, when funds allow, will be off to Argos for a full repaint in a tweaked version or the original colour scheme.

The rest will be cleaned up and put back on as it was, apart from the wheels. I've already removed the dicey spokes and will rebuild them with something more traditional.

Orange 🍊 Fan
Excellent. Remember seeing a lot of Alpinestars with there Uk distribution centre being Portskwett, Caldicot.. down the road to you. Great bikes, can’t wait for the Argos respray, will be minty mint.

Cheshire1980":2el1c0qr said:
Excellent. Remember seeing a lot of Alpinestars with there Uk distribution centre being Portskwett, Caldicot.. down the road to you. Great bikes, can’t wait for the Argos respray, will be minty mint.
Click to expand...

Yeh my uncle lived in Caldicot at the time so probably had a strong influence in the decision to race one.

Glad there's some interest in this, shame it will be too fragile to ride in anger again but it will be a lovely collection centrepiece once completed, I can't wait either!

Kona Fan
I have much curiosity regarding the elevated stay frames, been waiting for one to fall in my lap. Therefore I have been prepping my partner for the new arrival by showing her pics when I see them. Her comment regarding your beautiful example: "Oh, that's nice. It matches the carpet." :facepalm:
You must log in or register to reply here.