Sadly, as I now suffer from angina and have been diagnosed as pre-diabetic, I have moved to the dark side and have acquired an E-MTB. This means that, for the last couple of years, my Aluminium O has been sitting doing nothing. It was bought new by my older brother (I'm 67 - he's 72) and used in the 1992 London-Brighton ride (there is the remains of the participant's sticker on the stem, which is the original Orange-logo'd stem) and progressively upgraded in its early days. The fade paint is all original and what you see in the photos is what you get. Before it was laid up, it had new cables, shifters, cassette, chain, headset and Schwalbe mixed-use tyres. I rebuilt the Pace carbon forks with new elastomers. There is a spare pair of Mavic Ceramic-rimmed wheels with knobbly Michelin tyres. Frame measures 16in from centre of bottom bracket to centreline of top tube. I am in Lostwithiel, Cornwall – postcode area PL22.

Looking at sales on line, I know that original fade-paint Oranges are rare and soughtafter, although I accept this is not a concours specimen. Not sure where to aim the price, but how about £200 for all. 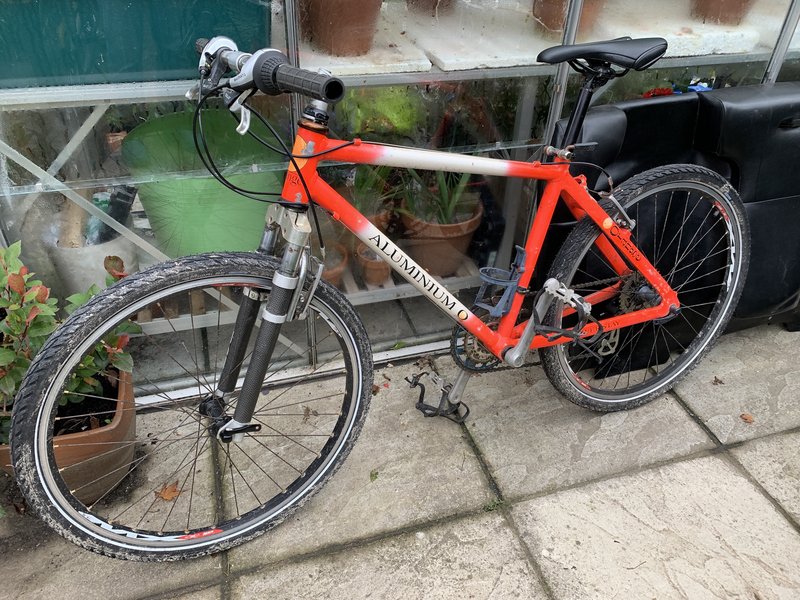 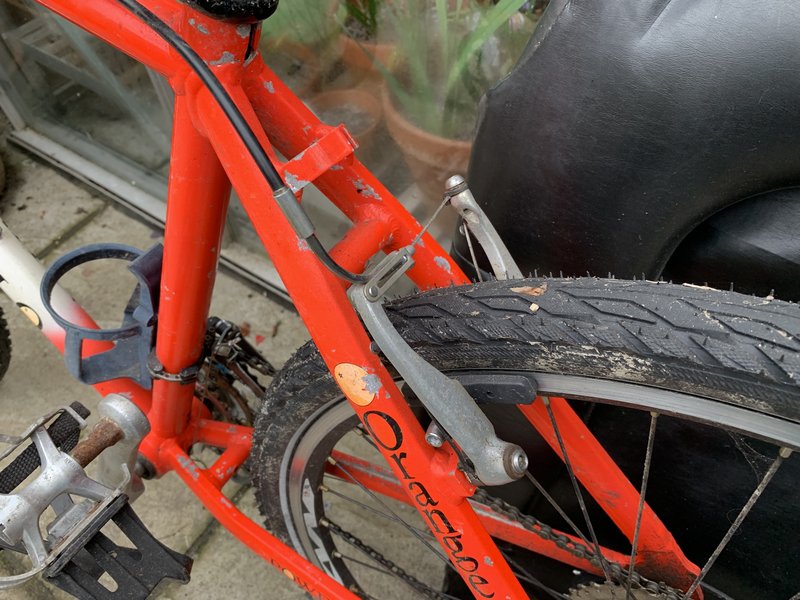 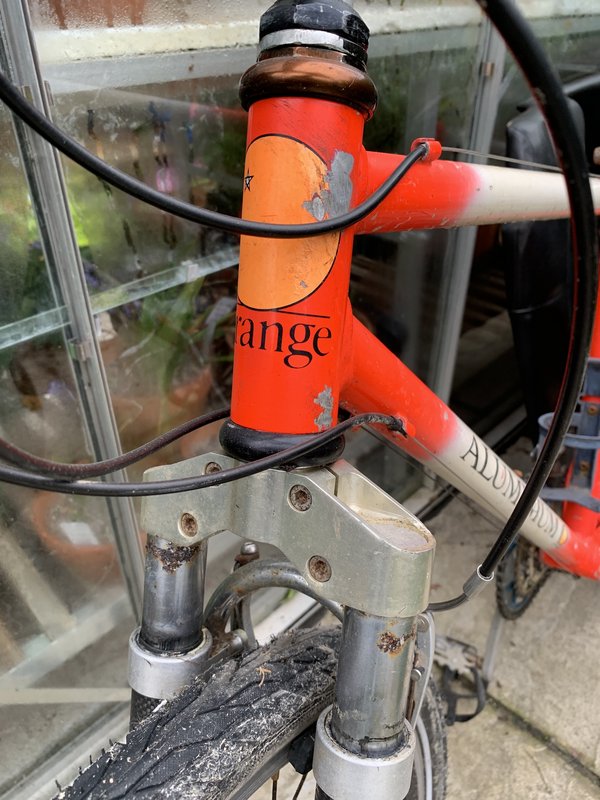 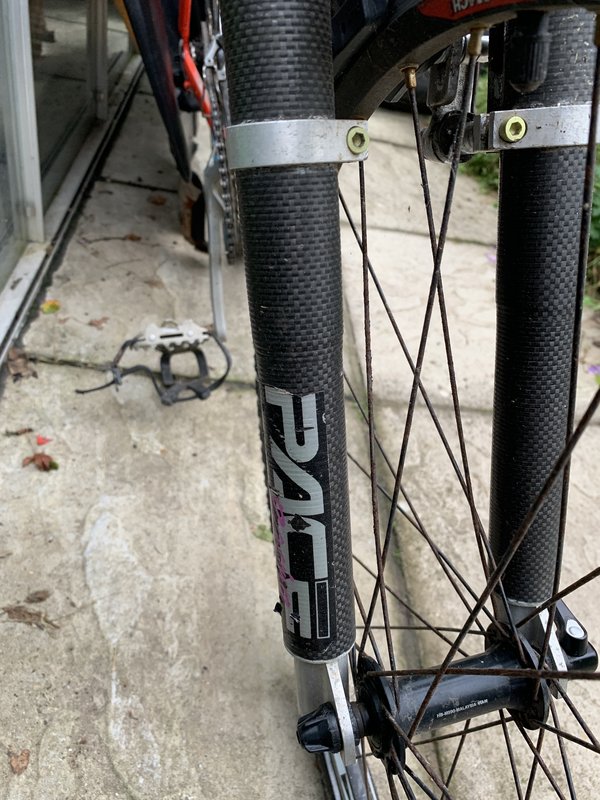 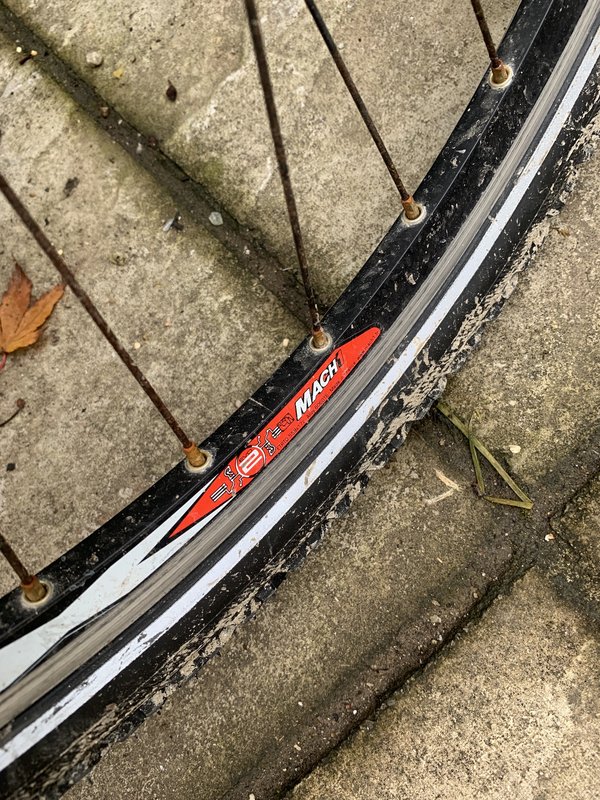 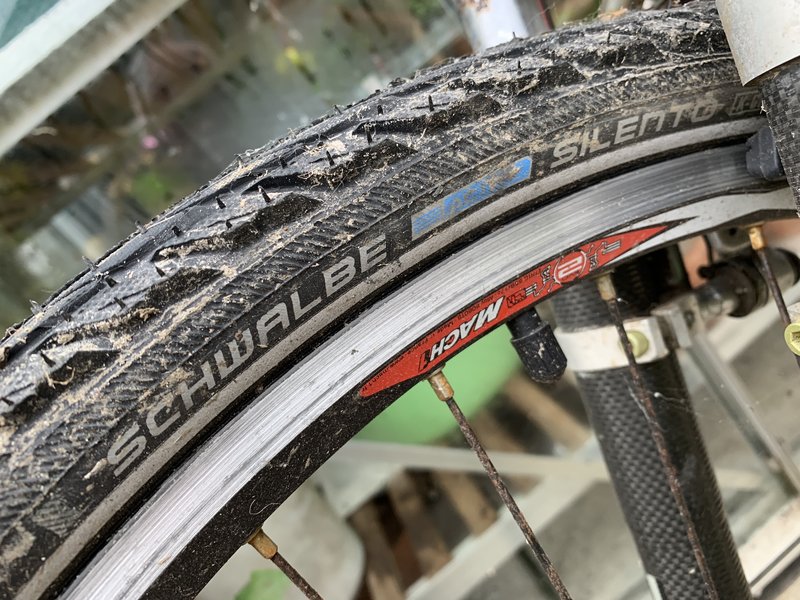 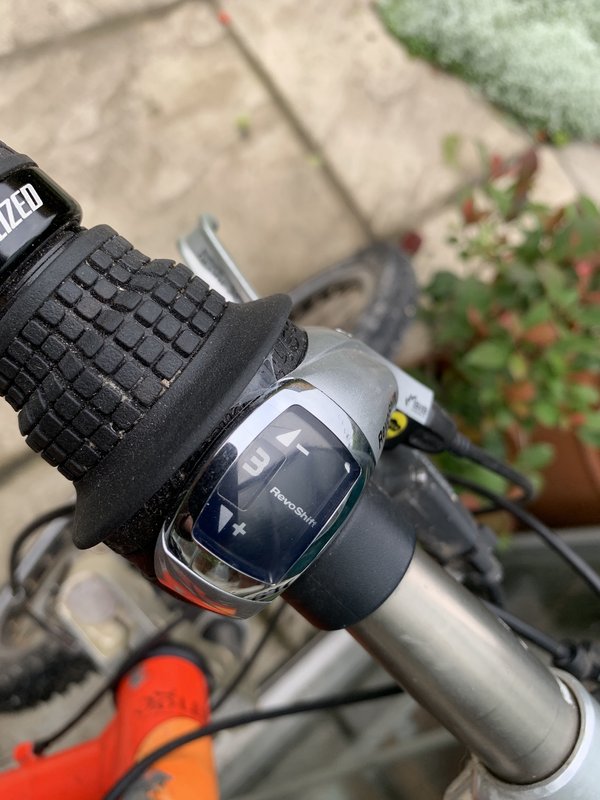 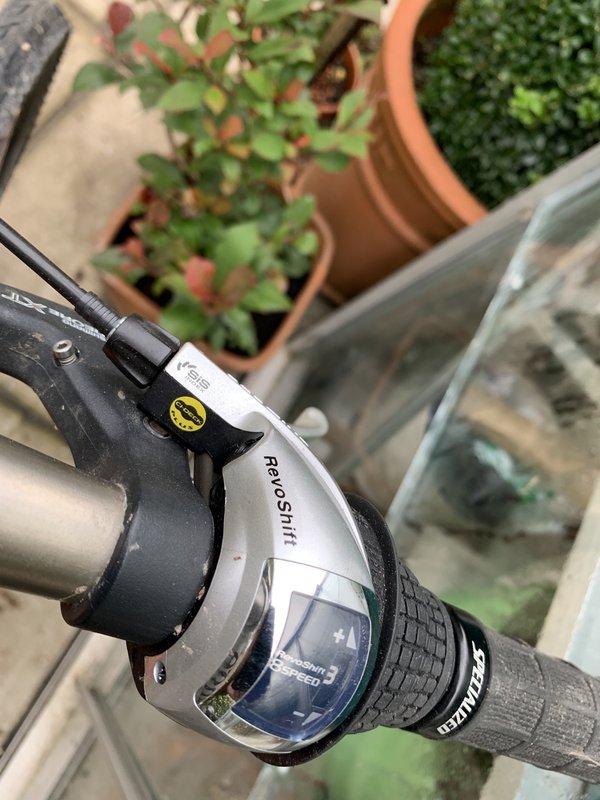 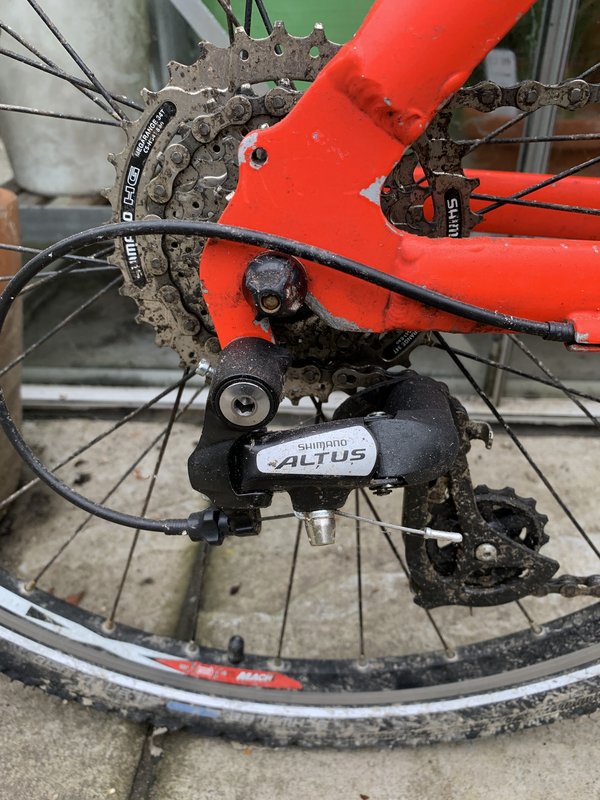 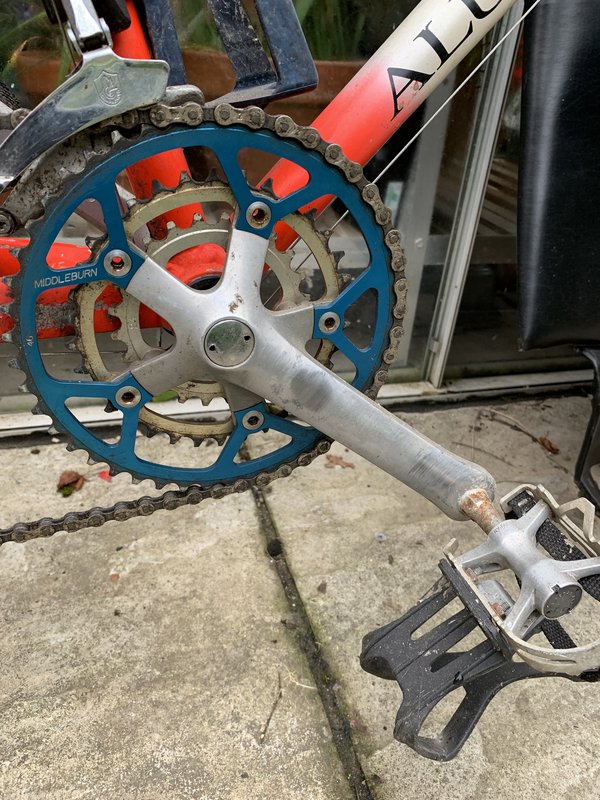 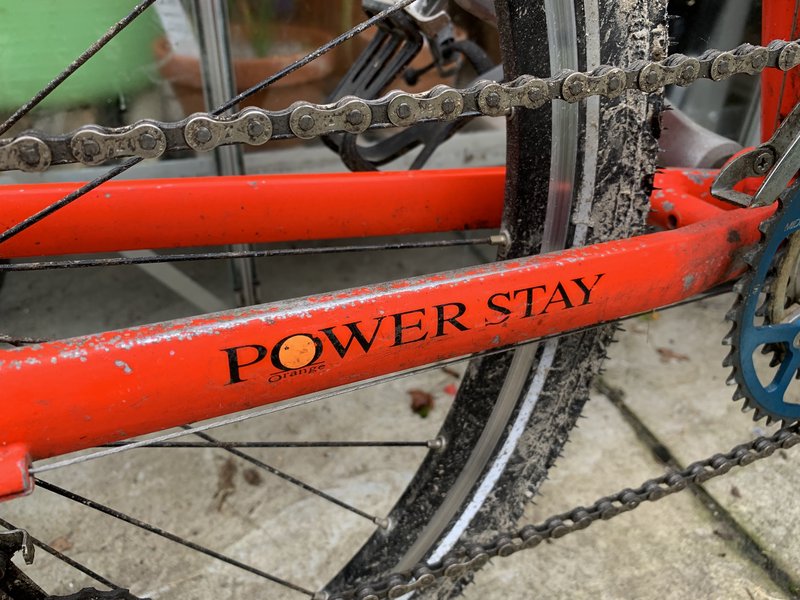 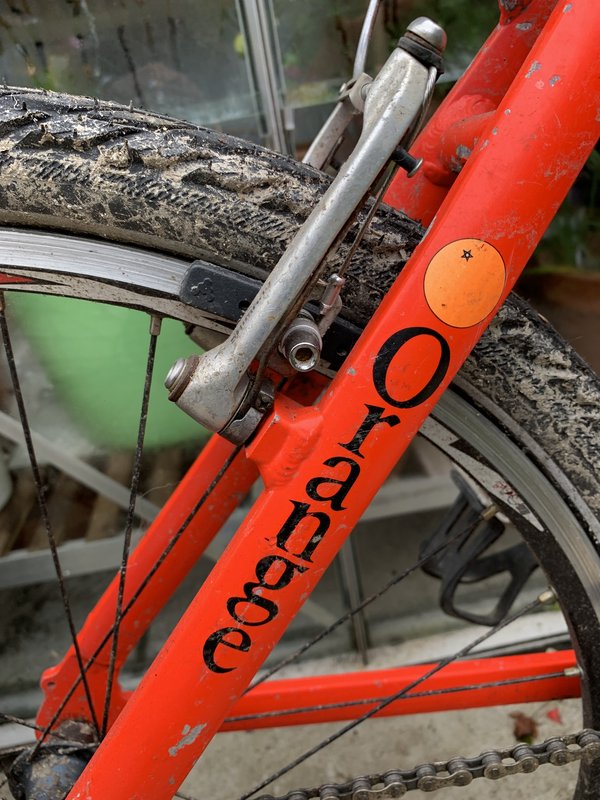 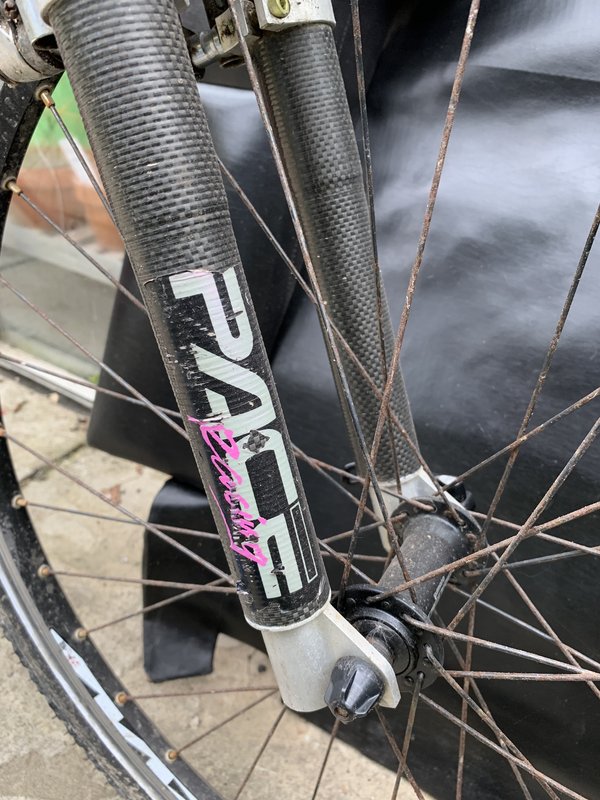 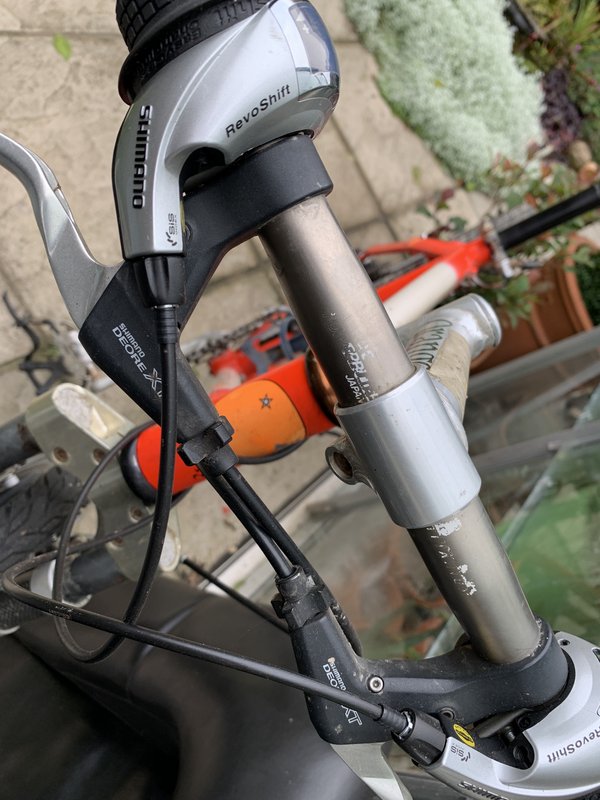 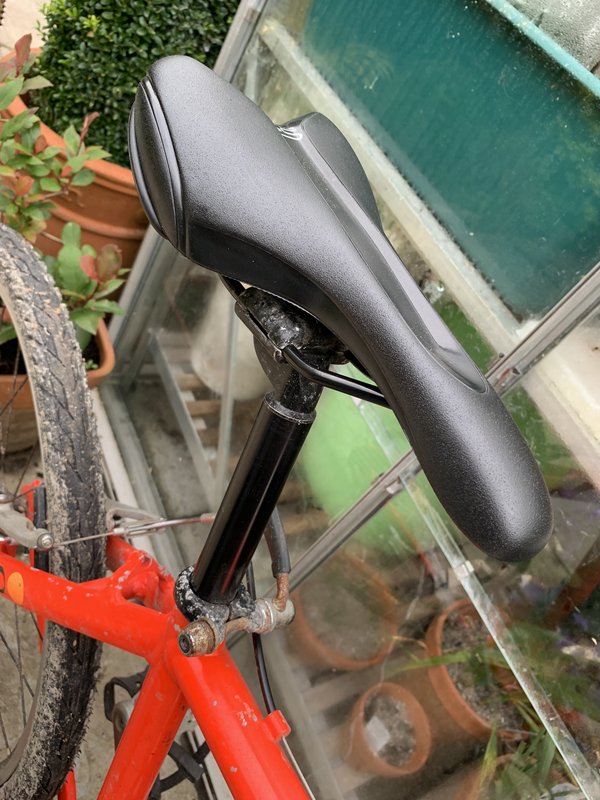 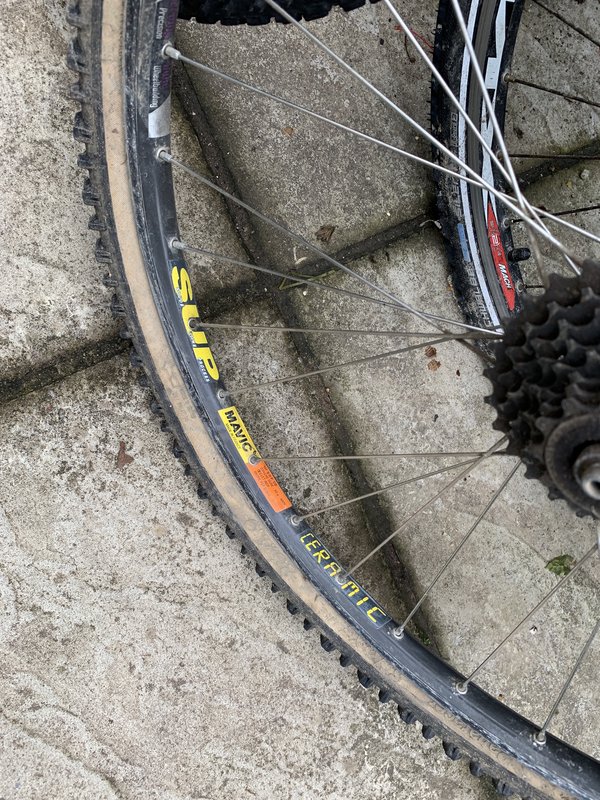 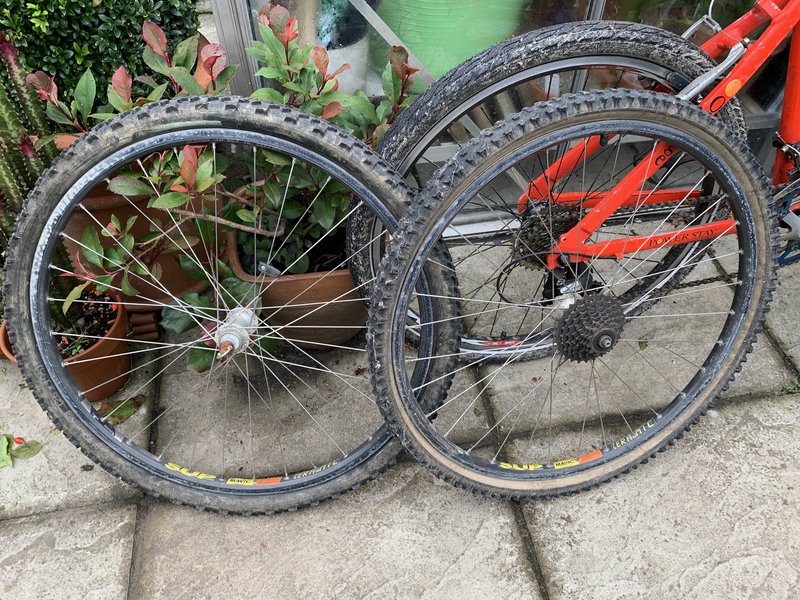 @KeithS lovely machine you have there, and a shame to hear that you are having to give it up.

If I were in the market to be buying it, my fear would be stuck components given the evidence of rust in a few places.

Having recently collected a project bike in similar condition, it may pay you to verify the that following aren't stuck (unless you already know that they aren't);
- Seatpost QR
- Seatpost
- Pedals
- Cranks from bottom bracket spindle
- Bottom bracket from frame
- Stem
- Headset
I appreciate you may not want to tear the bike down to find out, but it's just a checklist. It looks as though some of the components added before the lay-up are still in good order so I would expect they wouldn't cause the future owner any sweat to remove if that's their plan.

Thanks - I have ridden it to verify that nothing's stuck. The headset and bottom bracket were stripped out and regreased when serviced just before I packed it away. Pedals all swing free, etc. But I understand your concern/comments, and thanks for your post.

Hi Keith. I've sent you a message via your email.

Damn....from the title of the thread I thought this was a sale of 199 and a half Orange O’s - turns out it’s just this single rather nice example for restoration...
K

2manyoranges said:
Damn....from the title of the thread I thought this was a sale of 199 and a half Orange O’s - turns out it’s just this single rather nice example for restoration...
Click to expand...

Orange 🍊 Fan
Lovely bike that, very tempted when you first advertised..But have sadly stopped collecting retro bikes. But was toying over buying it for my wife to ride!
I still have a orange white fade O in 19 inch, a 1992, and matt grey O also.. So fully appreciate the Alu O

. Looking at yours , it appears an earlier one, around 91, looking at the cable bosses on the top tube. Anyway, hopefully someone will cherish it. Fingers crossed boy o boy gets it, always does a super job with any retro bike that he buys.

Orange aluminium O frame and forks with some mixed parts