This is the story of a childhood dream finally come true, a dream that started nearly 30 years ago when my dad brought home an issue of the American magazine Mountain Bike Action. Why he brought it or where he got it, no clue, my dad could not speak English. Anyhow, it was there and inside it there was an ad we have all seen, featuring what ever since became my dream bike, my unicorn: the 1990 Klein Attitude in Team Dolomite colors. 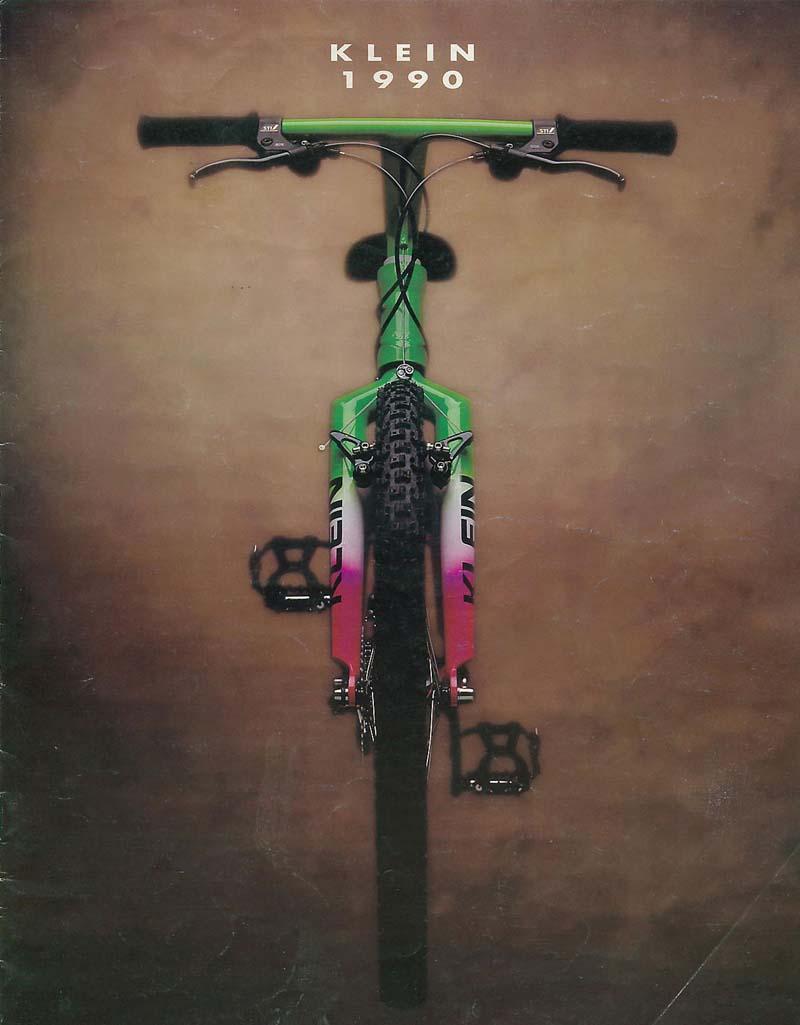 It was totally out of reach for my family, but a few months later, and while back then daydreaming of the oversized frames pipes of the fluo-yellow Alpinestars Al-Mega, ww were attending one of the very first MTB races in my region in Northern Spain and I spotted her in real life. The Klein was there, and she was stunning. I managed to get a photo with her, even if she felt so large for me...

My first bike came some time later, it was a white Marin Muirwoods with purple/pink splash paint, such a beauty. It was later replaced by a 1992 Trek 970, such a great and elegant bike with her cromoly blue frame and the silver Shimano DX groupset. I adapted this bike to my growing body fitting an ultra-long USE silver seat post, changed the saddle several times, fitted it with my first clipless pedals... until it was deemed too small for me, being then traded for a GT Avalanche that, to be honest, never worked properly. Several years of nothing, due to studies and working abroad, and my life brought me to Laos in 2010, where I've been living and where I bought a Trek 6500, a modern bike, aluminium, front suspension, disc brakes, etc... a modern bike (to me), but obviously an old one compared to what is currently in the market. And it was then when I started to look for my Klein. I had the money, the time, the space... it was a matter of finding it, but it had to be the correct size, the correct year, the correct fork and the correct colors.

So, after looking from time to time ver intensively, others quite vaguely, I found Secondspin Cycles and decided to get in touch with him. And yes, he had one! It was in a box and not in a very good condition. These are some of the first photos he sent to me, by around October 2017.

Paint was faded, and it showed several dents here and there. Now that I see the photos, I don't think it was so bad... but it had no pedigree to keep it like that, so after getting the restoration options from Martin I decided the obvious: let's do it right, do all.

I paid it in December 2017, a certainly large amount of money to a guy I had never seen in person, for a bike of which I had only seen some photos in a garage. What could possibly go wrong? To my questions about the progress, answers were more on the "it's going next week to the painter" or "the painter was busy and couldn't come"... I was not worried, though, I somehow knew it would all turn right. And it did, one day I received these photos:

My god, such a beauty!! And it was mine!

At this point, only people aware of this were my wife and some of my closest friends. None of my family members, who had seen me dreaming about the bike, knew anything.

We then started to select parts, using email and Facebook to communicate. For instance, the saddle. I didn't want to go for the large Avocet Gel of the catalogue, so I went for Turbo. Flite is nice, but 1991, and bike was 1990.

Being so hard to find a Campagnolo groupset, we opted for a more obvious Shimano XT.

Meanwhile, the bike was earning her likes on Instagram...

Somebody was already identifying me as the owner...

Once finished, it was a matter of shipping and getting it in Indonesia (where I was living at that time). We are now in March this year...

And then came the most biggerests issue ever: Indonesian Customs.

Yes, they wanted a certificate from the ministry of industry to allow me to import a 29 year old bicycle. And it kept on escalating until they reached the most ridiculous point: they requested a letter signed by the President of the country to let my bike pass customs. At this stage I started to request proofs of life: I wanted to see my bike, to ensure it was still there. I was not in Jakarta, being actually a couple hours away by plane. I contacted some friends in the Air Force, but it made no effects. Finally, I reached another friend at a higher level at the Army and yes, it was done: the bike was released! Well, it was released as well through the payment of a considerable amount of money, over one thousand dollars paid as import duties... Anyhow, it was with me. Would I finally open it? Yes, I opened, but did not assemble it due to lack of professional mechanics. Instead, I brought it back home to Laos and got it assembled here by the crew. "The crew"... they had no idea what they were doing, and still haven't realized the type of bike they were dealing with.

Here they are in their workshop.

So here it is, after this long introduction, I am glad to present my 1990 Klein Attitude.

I'll let the photos do the talking.

The ride: it's too rigid, the riding position is really low and long in the front, brakes don't really stop you and you are terrified of riding on gravel or getting the paint damaged... but I love it. It feels like totally custom-made for me.

To be revised, eventually, the grips... probably not. The bike is unlikely to be used. Yes, it will become a garage queen but, frankly speaking, I believe it's best for it. It totally follows the rule "never meet your teenage idols, stick to the memories, they're just better" that James May mentioned when testing the Lamborghini countach (with lower case C, by the way).

I hope you enjoyed. Now I may edit my signature.

Great thread, thanks for taking the time to share.

Bike looks great and I can tell it means a lot to you. Great to see in a different setting too!

Great write-up, thanks for sharing!


Conde Pyruslav":2ix55sgm said:
The ride: it's too rigid, the riding position is really low and long in the front, brakes don't really stop you and you are terrified of riding on gravel or getting the paint damaged... The bike is unlikely to be used. Yes, it will become a garage queen but, frankly speaking, I believe it's best for it. It totally follows the rule "never meet your teenage idols, stick to the memories, they're just better" that James May mentioned when testing the Lamborghini countach (with lower case C, by the way).
Click to expand...

for me a big part of the fun of retro bikes is also searching for parts, building the bike and having it on display. I think most modern bikes are better suited for the trails I currently ride

Cool story !
Classic builts are the best on the Team America Klein

I love the Klein!
But you cannot be serious with those photoshopped photos!!

In the first pictures, mkozaczek’s garage is stunning :shock: :facepalm:
You must log in or register to reply here.