I've been working on this bike for a few years but never started a build thread. The project commenced when some CF tubes became available, so I commissioned two talented Swiss gents to build the frame. Thanks Stefan & Reto for all of your efforts.

It started with a 89' FRO which was the hardest part of the commitment. It was a good frame, so I was pretty reluctant.

Fortunately, I have a nice 88' FRO so it helped to soften the blow somewhat. 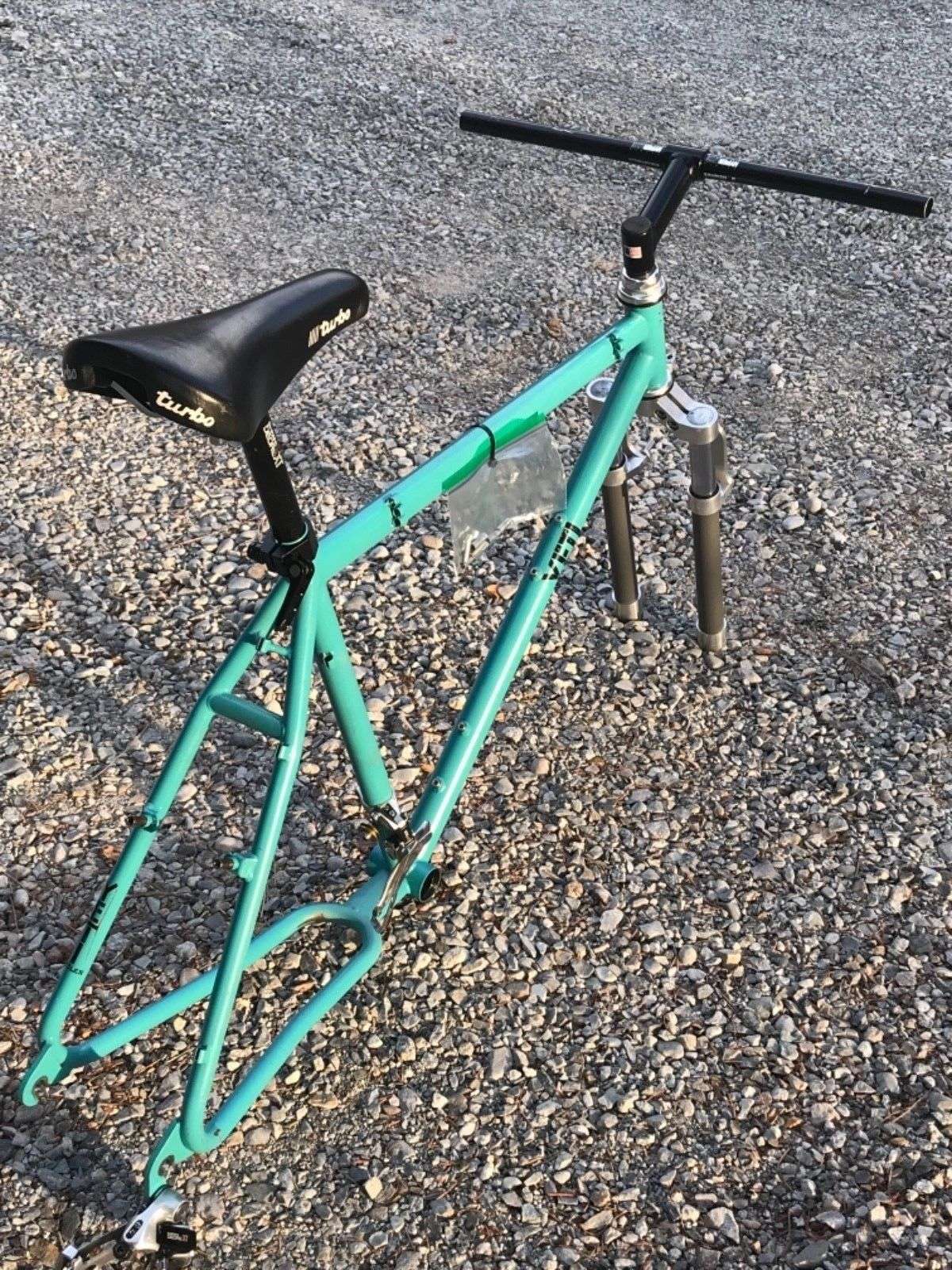 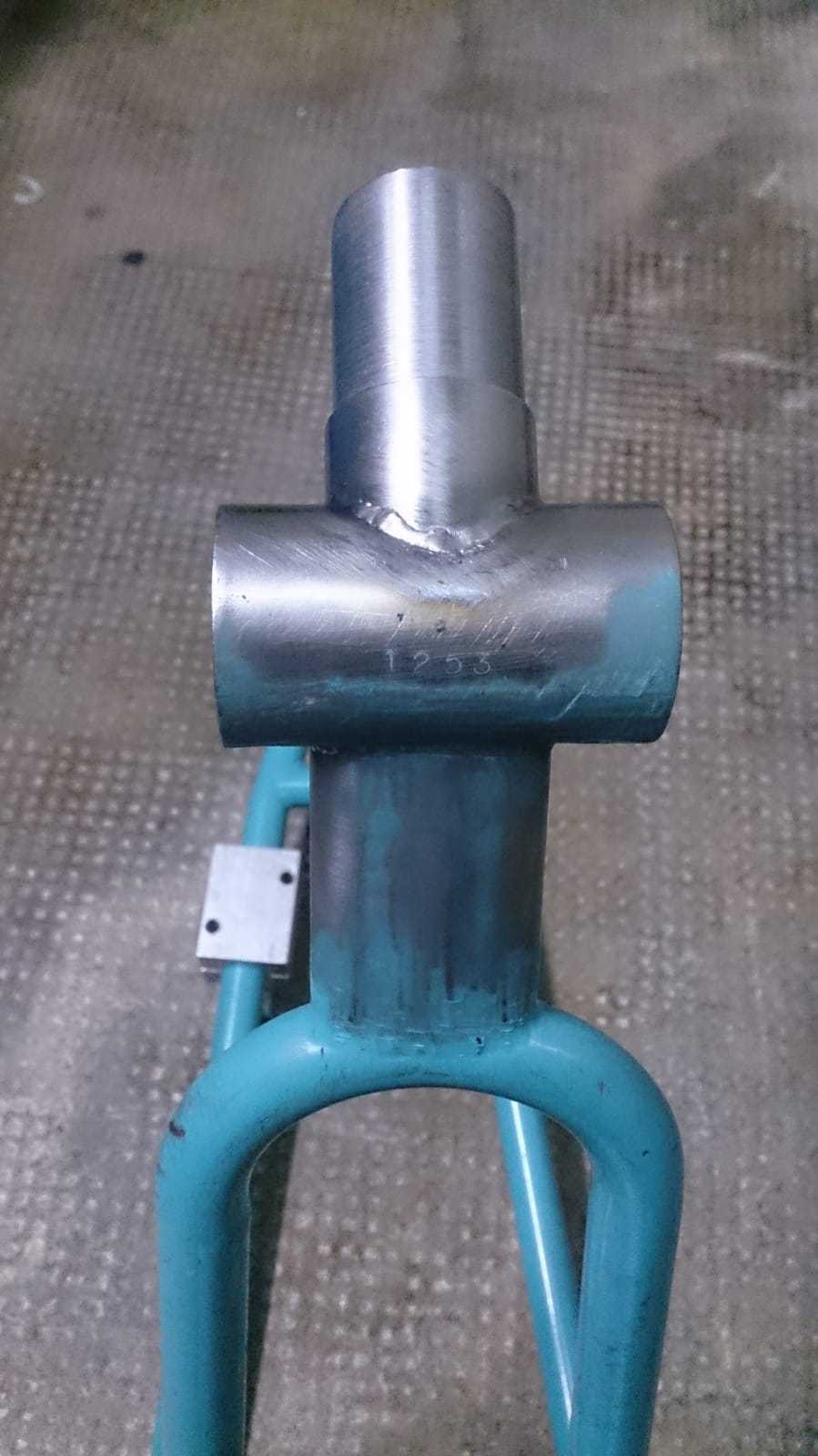 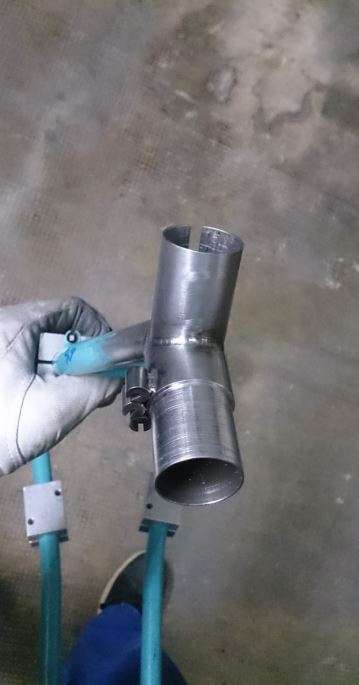 Fresh off the mill 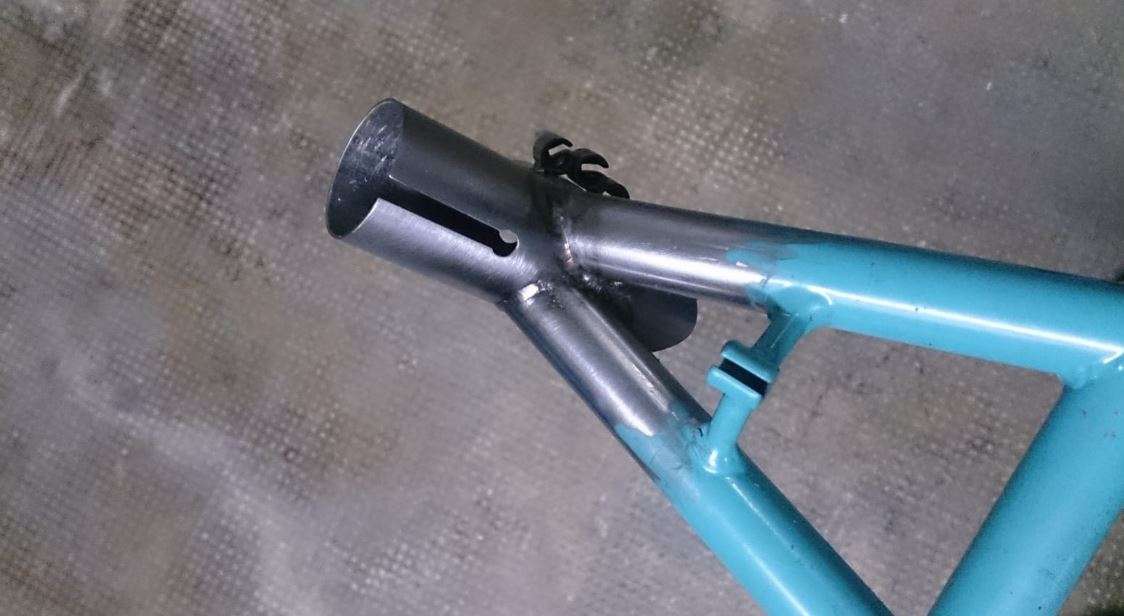 Original brazed guides from the FRO 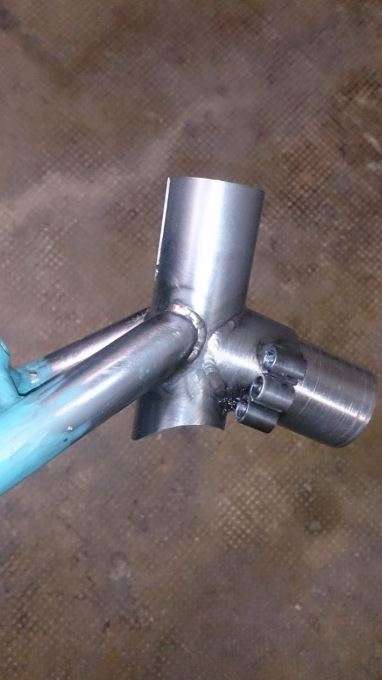 I have some cool videos of the mfg process but I'm not sure how to upload them...

Back from powder and the unnerving fit test 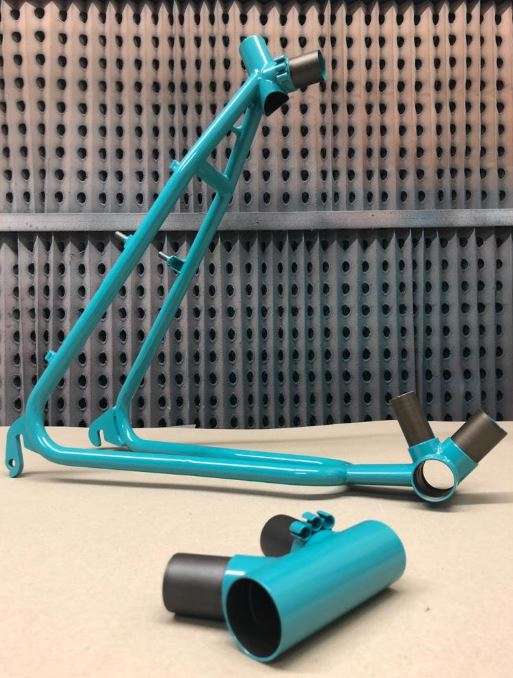 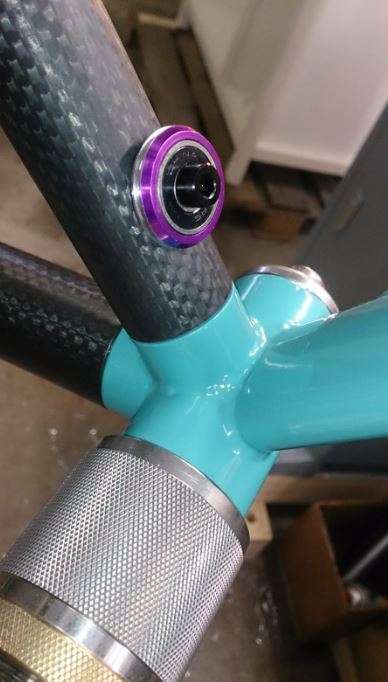 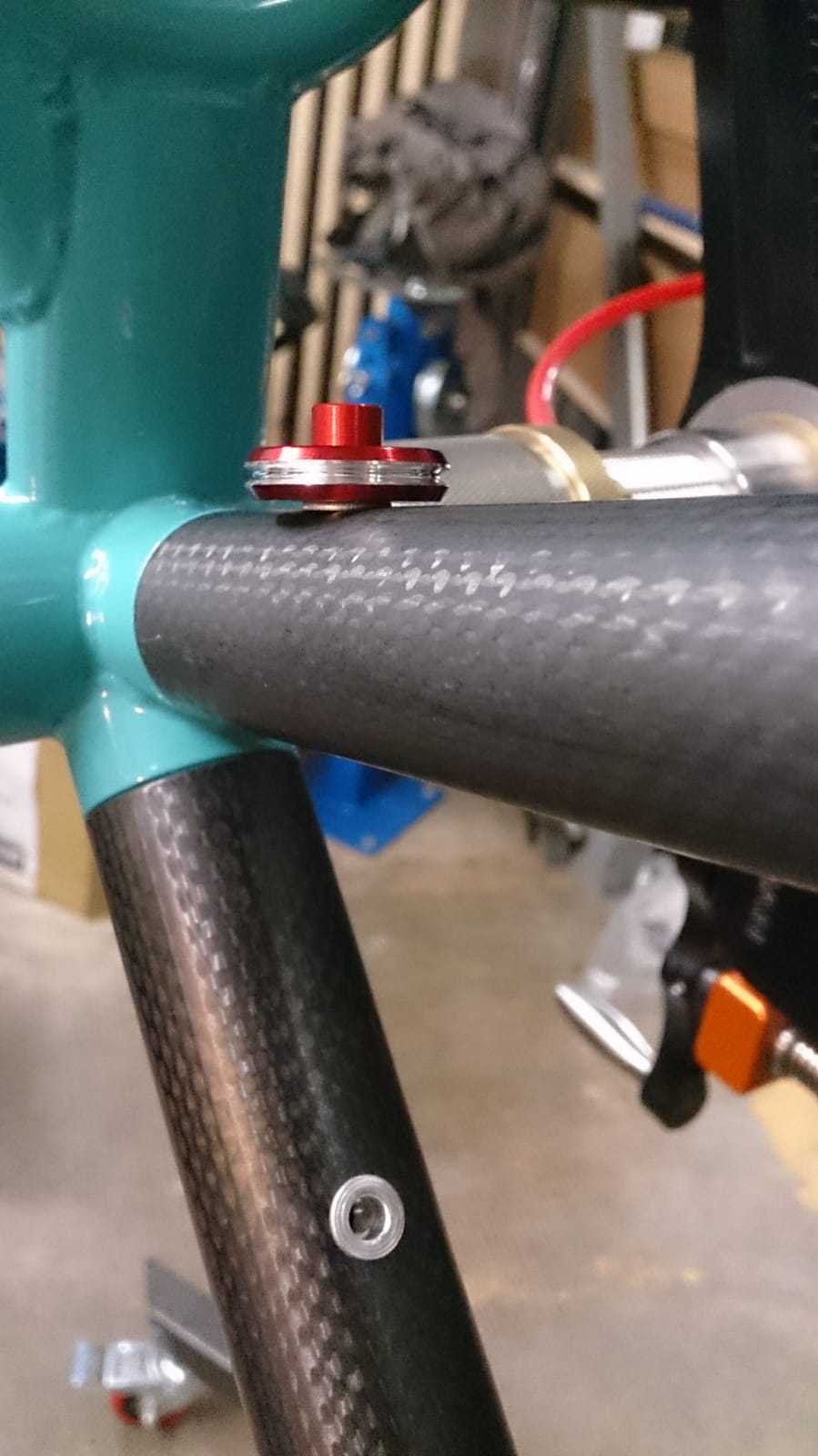 I had most of the parts collected with the exception of the TDD. I was fortunate to find an unbuilt disk in Canada so I had Steve Gravenites (Gravy) build it up to a black RM20 via a black M732 hub. https://mbaction.com/inside-the-toolbox ... -mechanic/
It turned out perfect and the noise is quite gratifying. 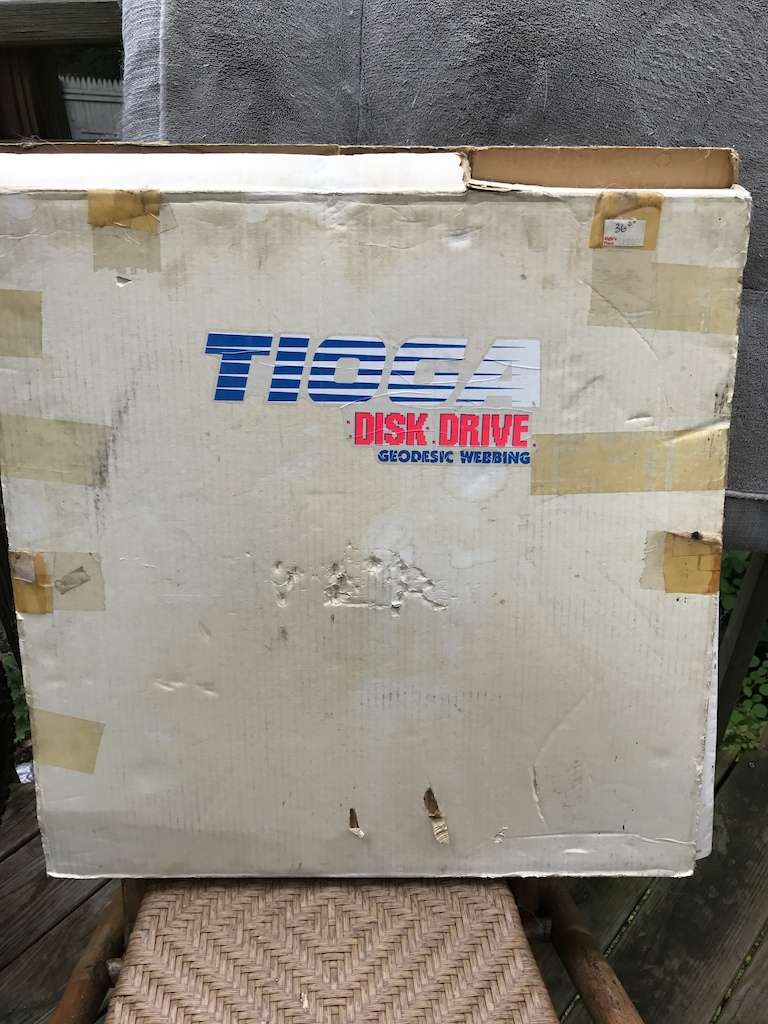 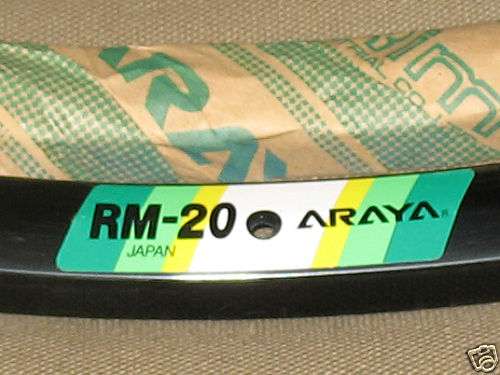 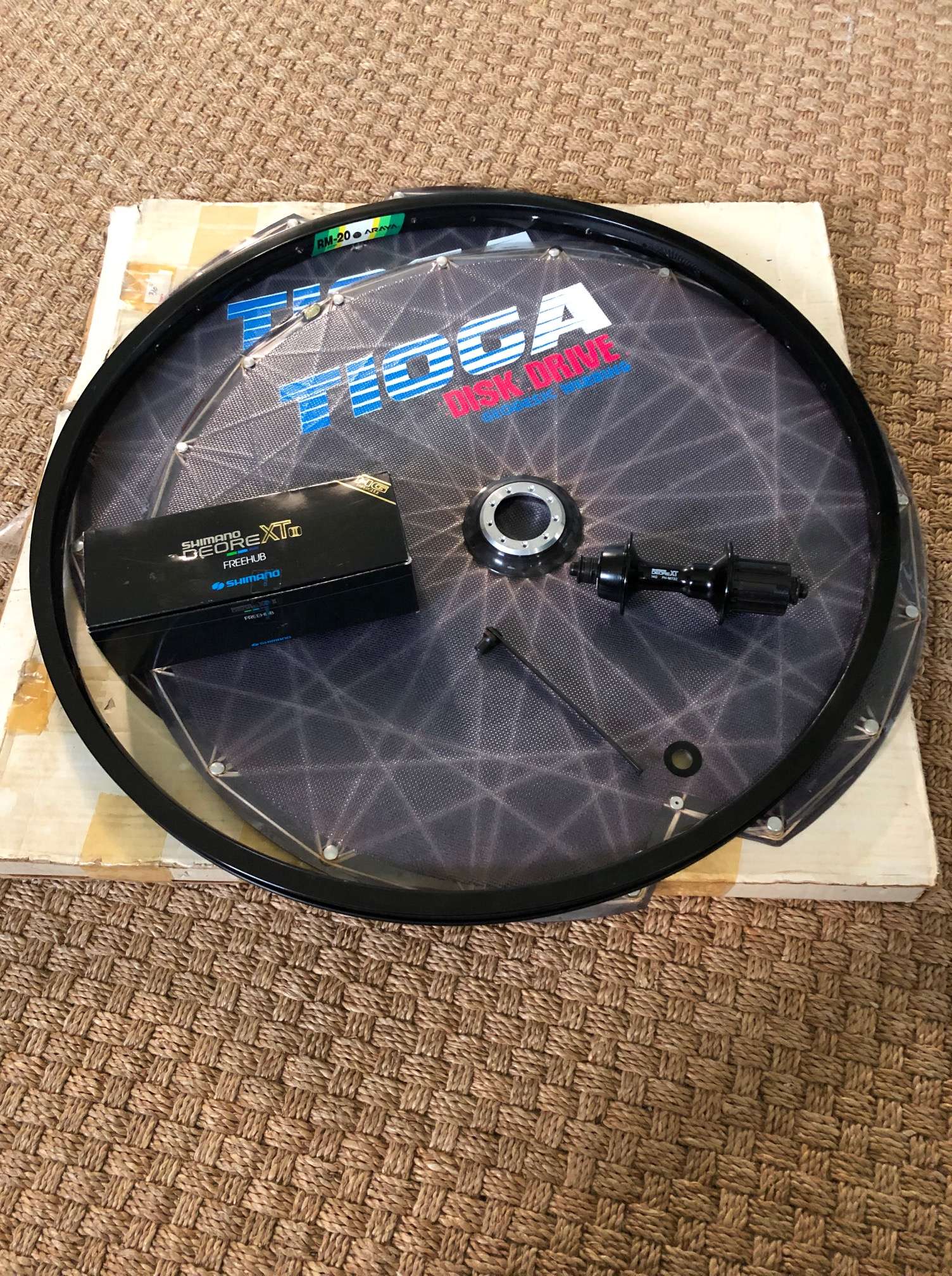 Up front, I went with a purple Bullseye also laced to a black RM20. 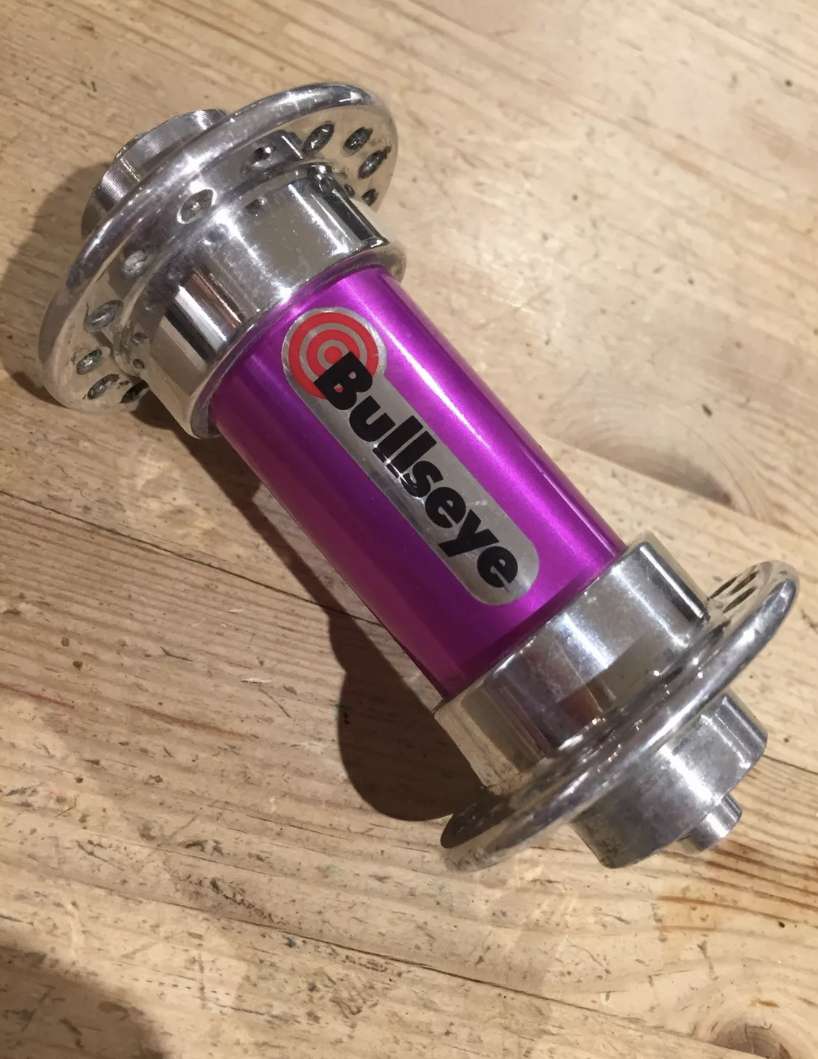 Since the frame was going to be repowdered, I had my parts coated by Ollie @ Dark Matter. He is a magician and intimately familiar with Yetis. He painted for Spectrum when they were painting Yeti frames. 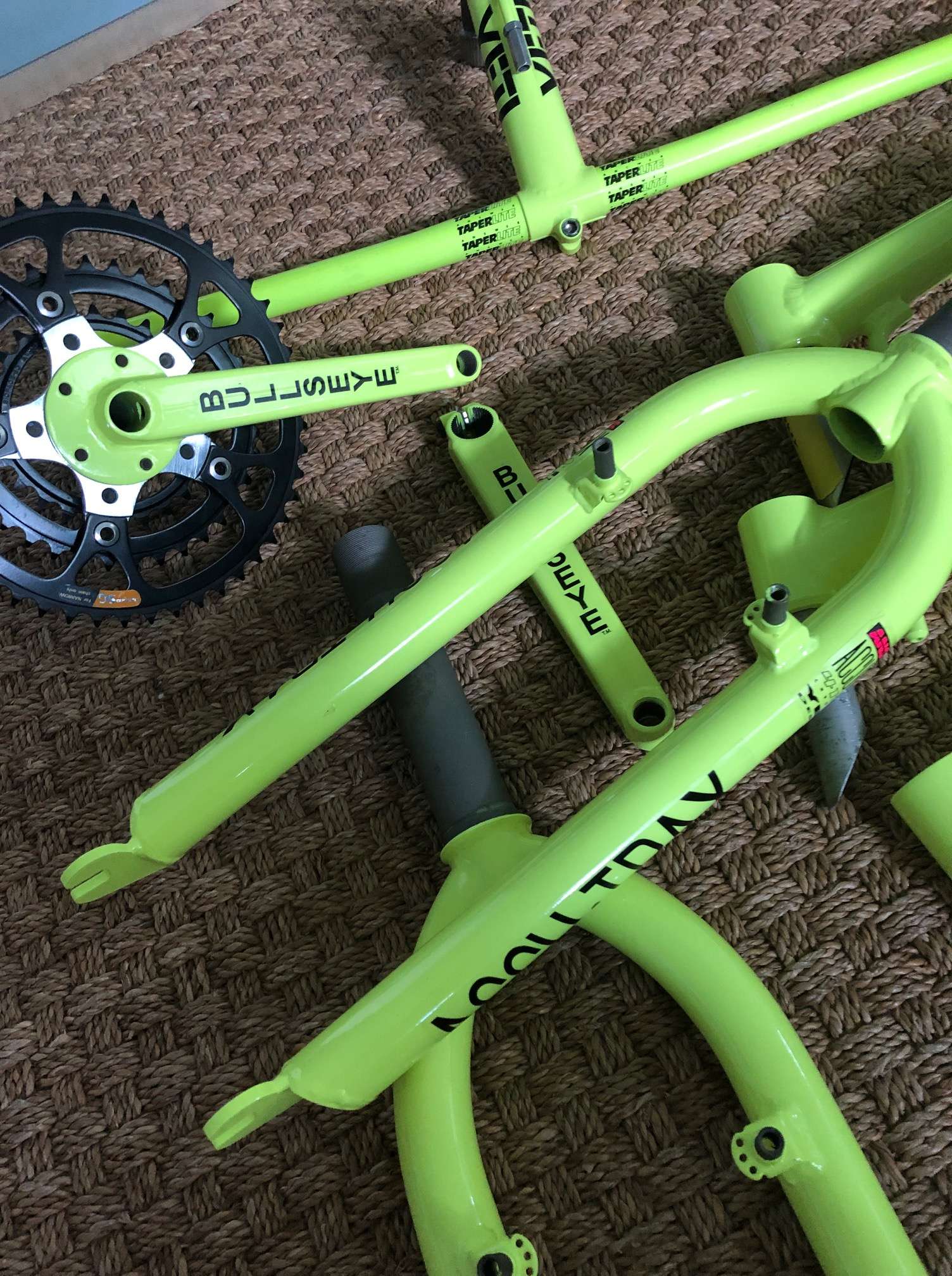 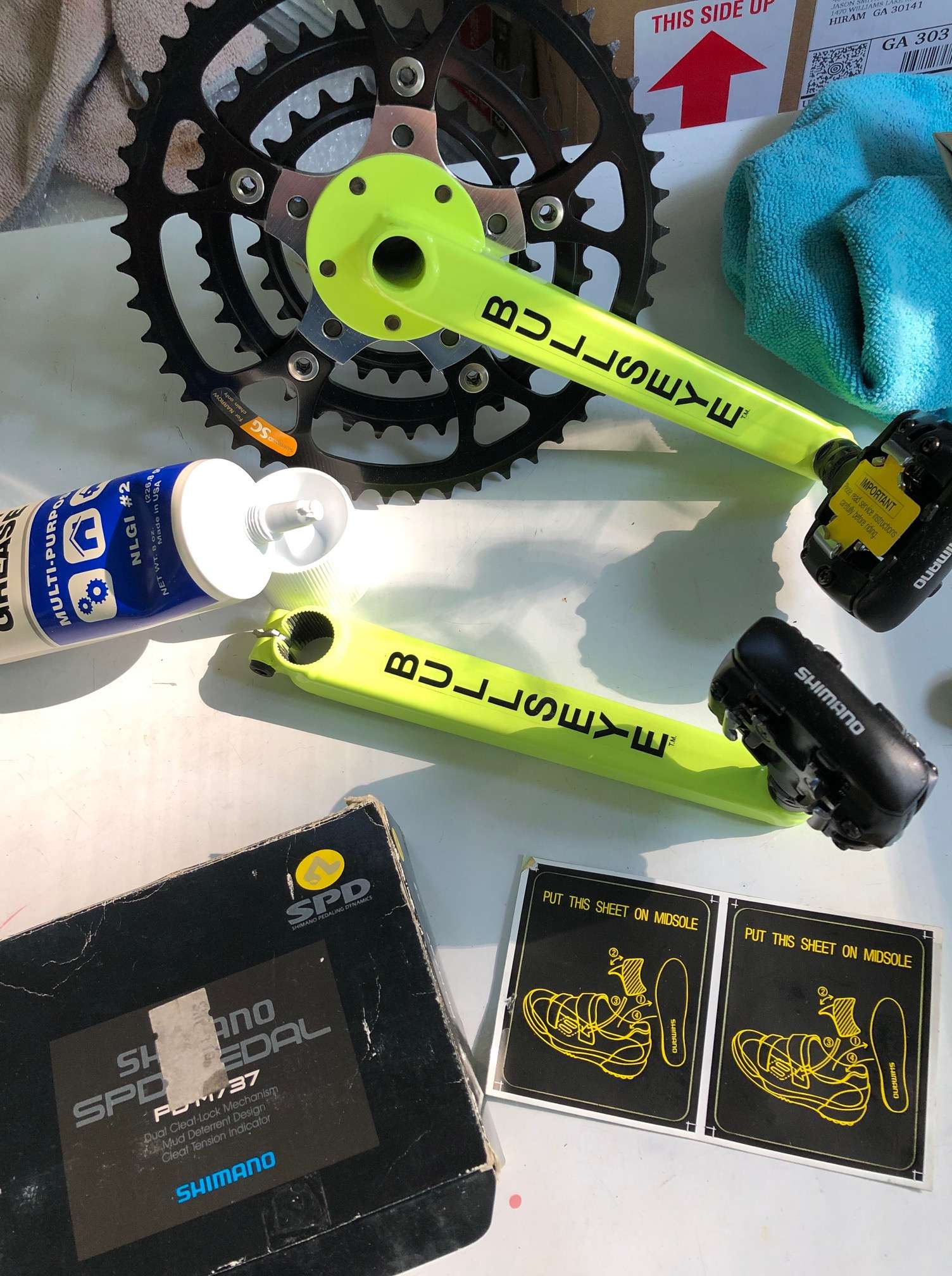 Most difficult piece to the puzzle. Come on Chris...run some more of these fine HSs :? 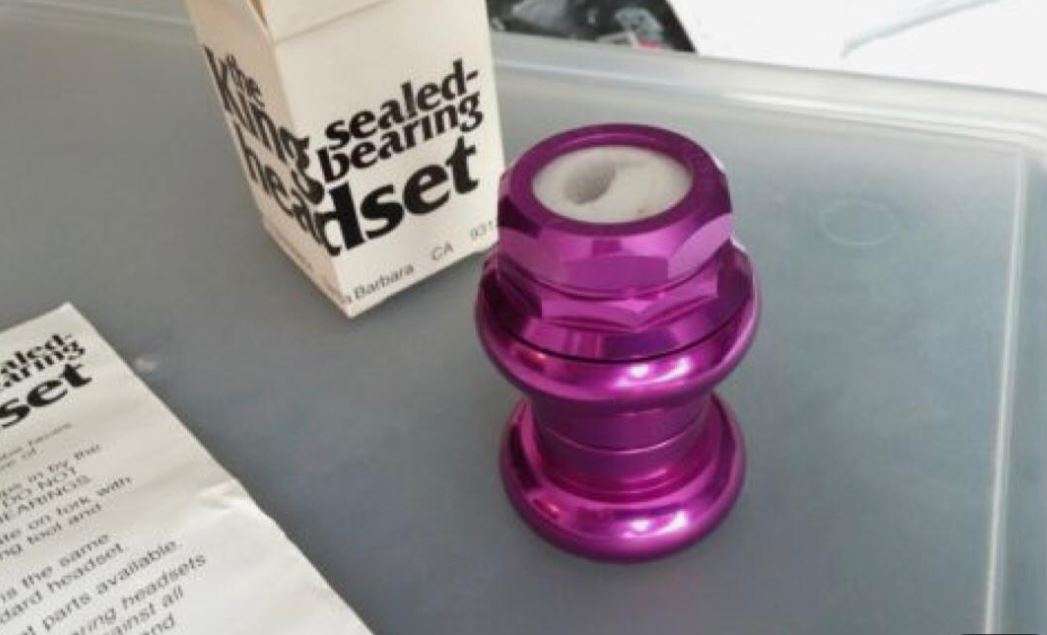 I think most of the decals are OG with the exception being Bullseye & Accu-Trax, which came from our friend Gil.

I can't think of anything else worth mentioning but happy to answer any questions that arise. Here she is though, all finished up. It was a three year project but a lot of fun. Like Wilk told me, it's kind of sad when you finish. He built his 11 years ago which seems crazy to say. I remember like it was yesterday as it was always the bike that gave me goose bumps. 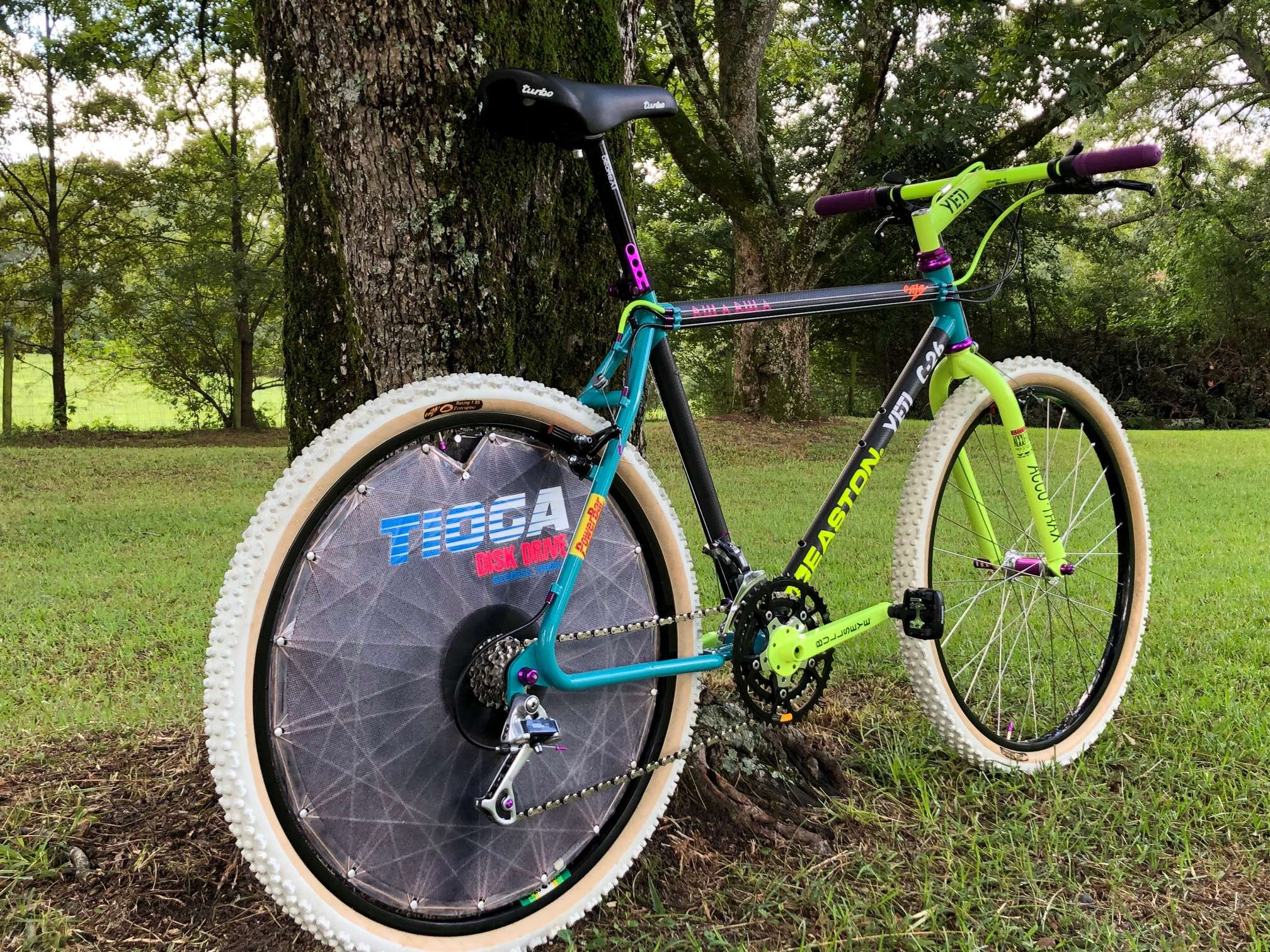 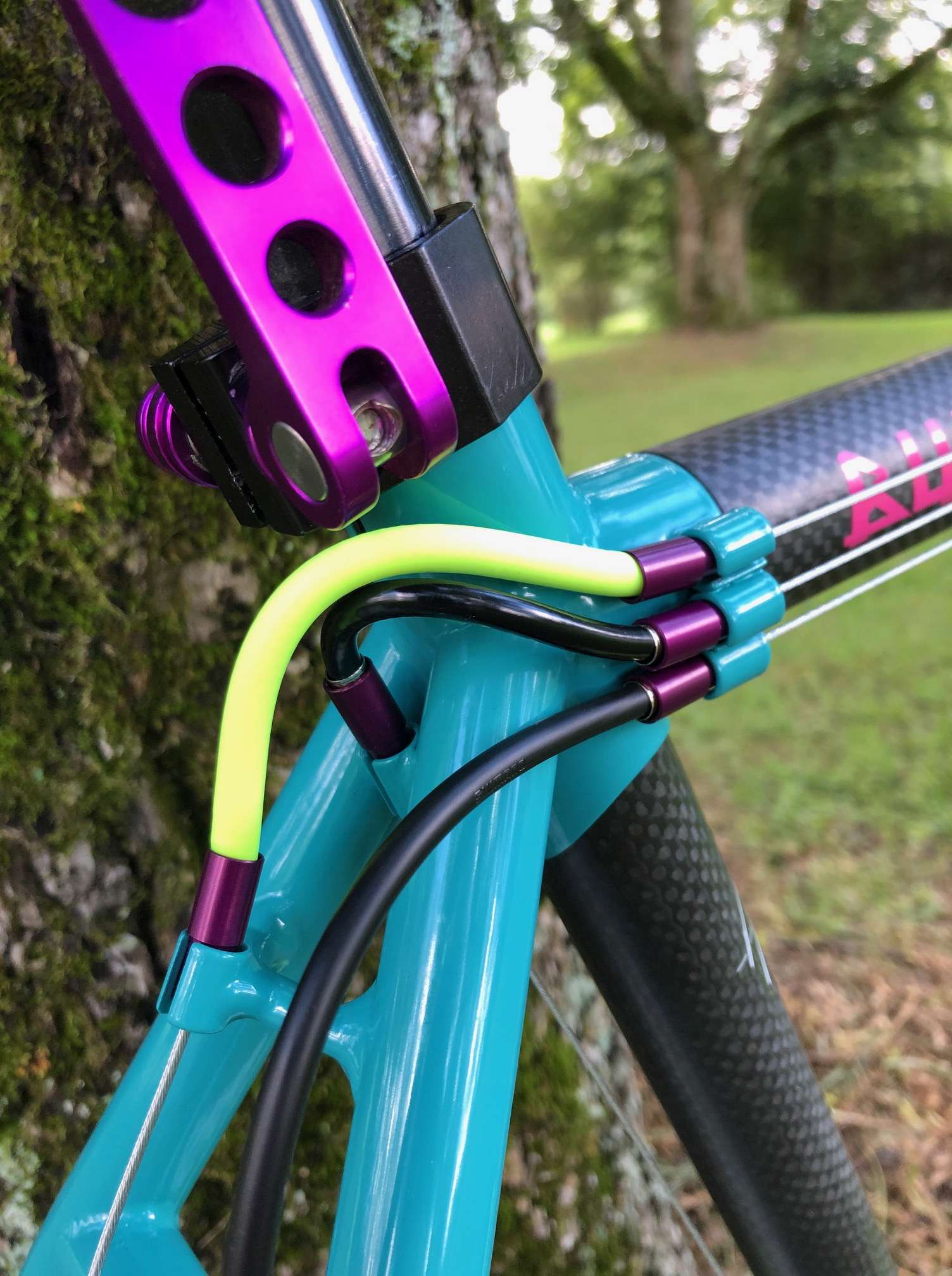 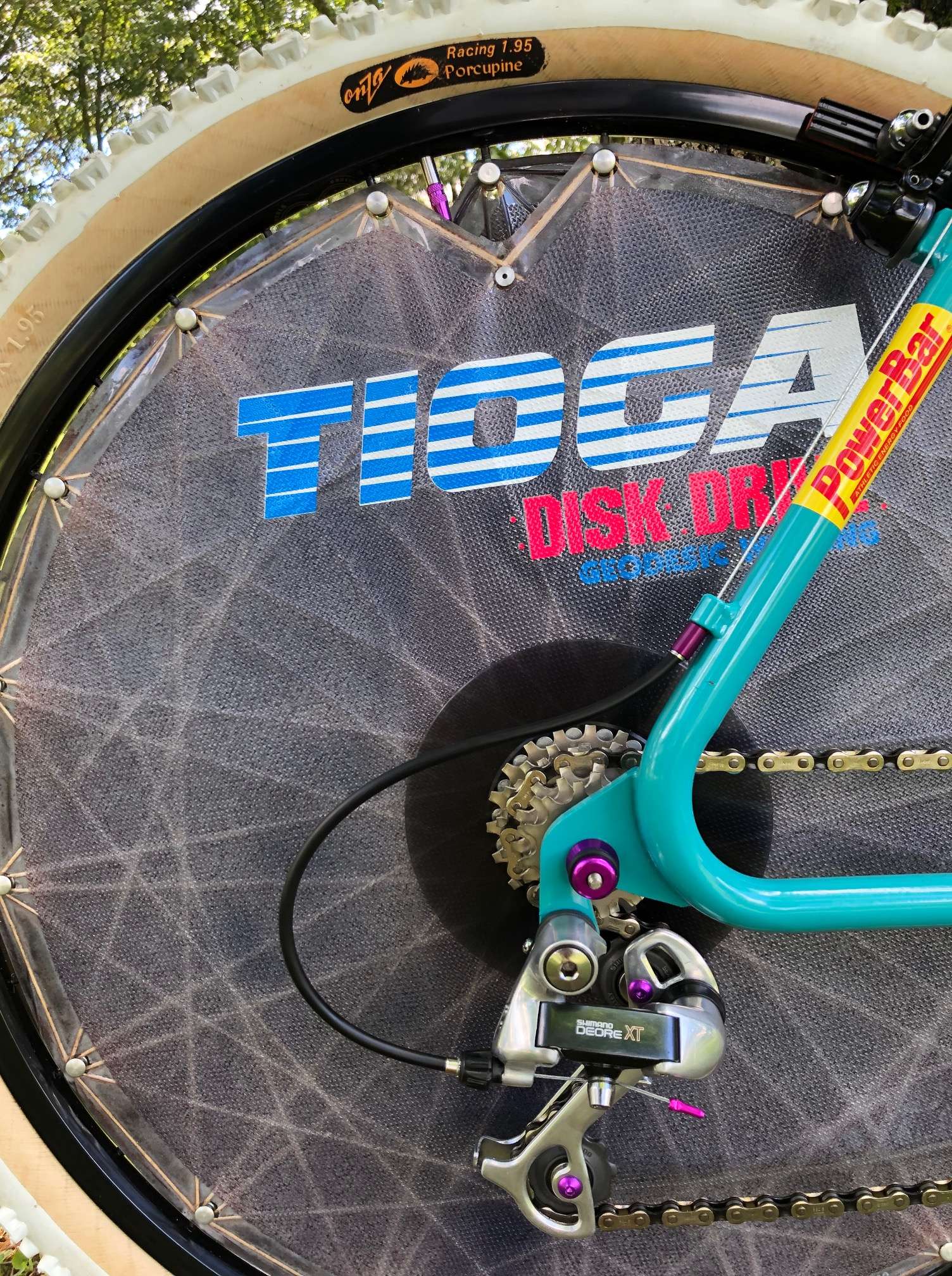 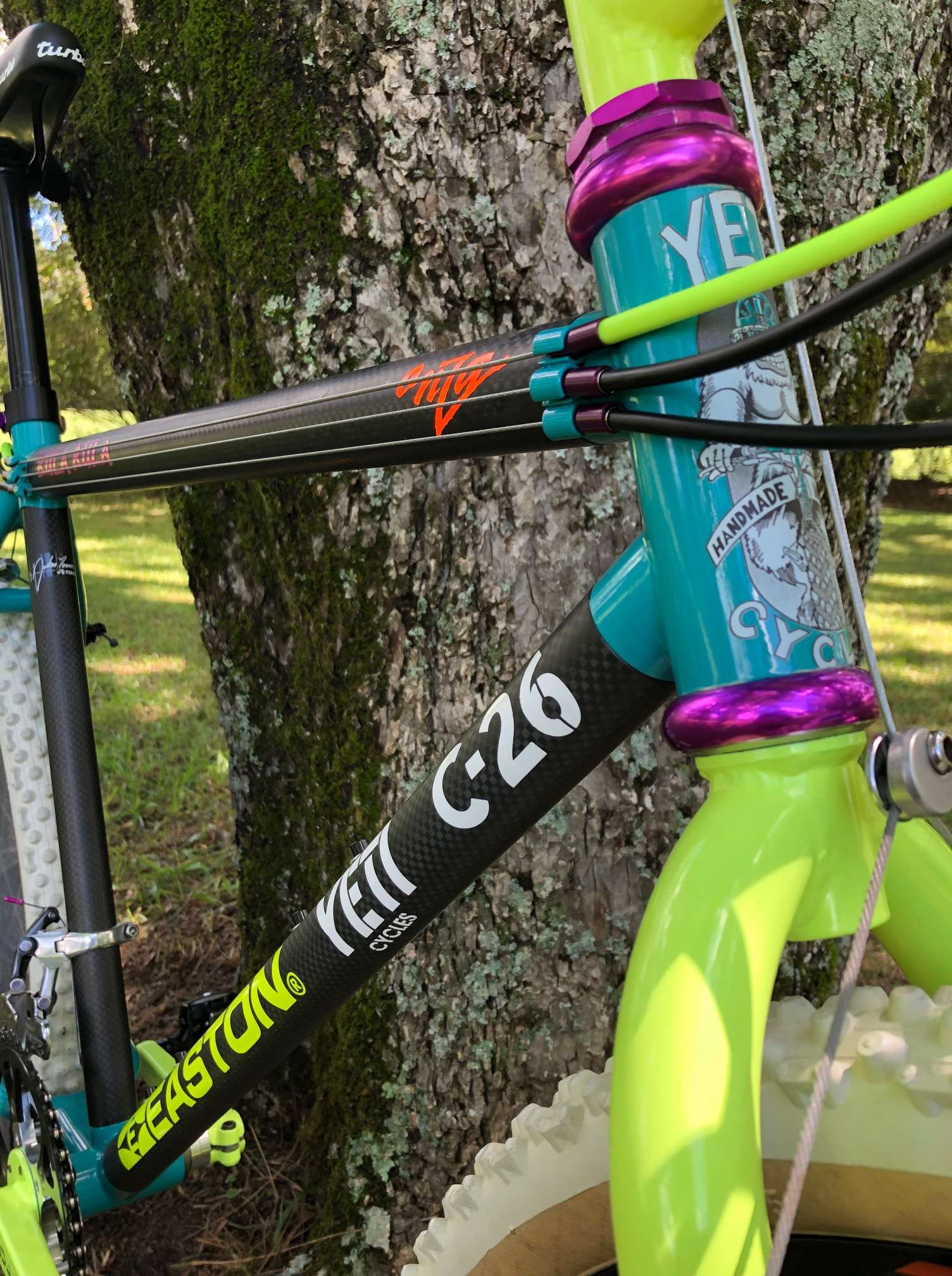 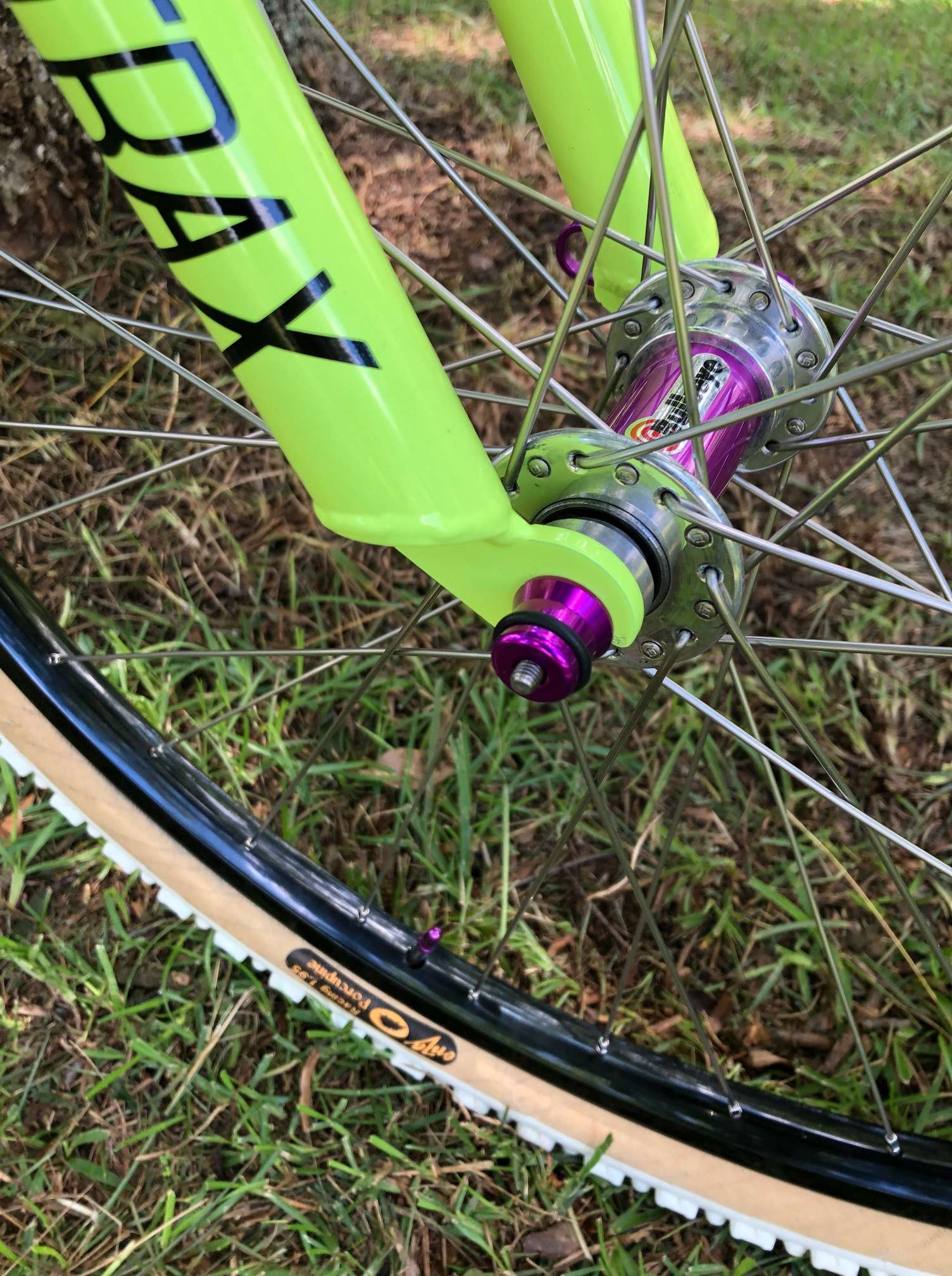 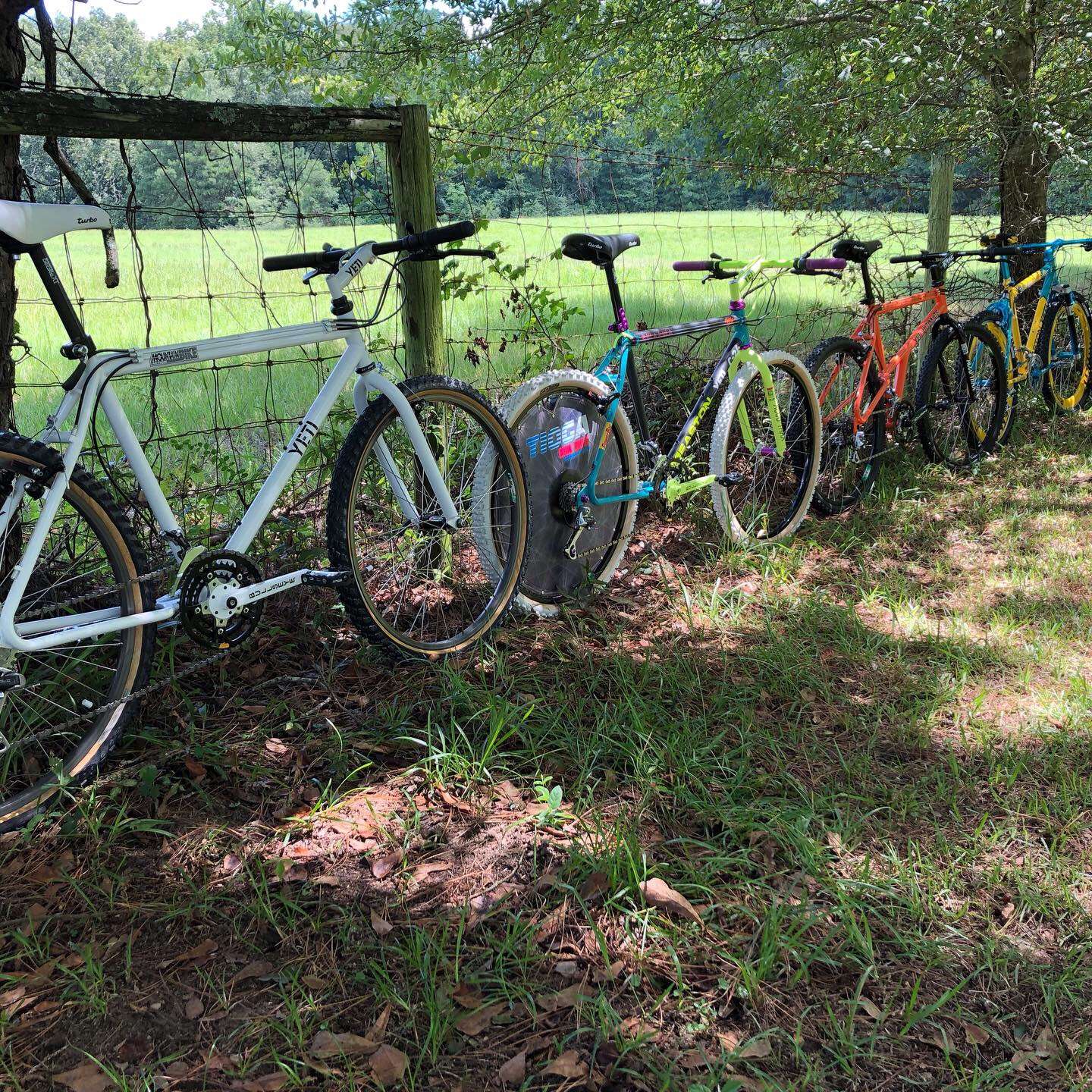 Boom! Just like that, out of the blue (or should I say desert turquoise) comes..

Looks awesome, almost too colorful
Cool to see the conversion of the original top tube to the round junction to accommodate the carbon top tube.

So, you're actually riding it?
Great line-up in the last pic, BTW!

Great back story to a fantastic bike!
-1 FRO
+1 C26
I don't think any one can be too sad with that outcome.
(Maybe it's unofficial name should be the "Yeti CRO" ).
B

WOW!!
You built an outstanding and truly awesome iconic mountain-bike!
Your attention to even the smallest detail is remarkable.
The bike looks superb: The parts, the colors, it's overall appearance-
Congratulations to this master-piece!! A+++

Jase that’s so So nice... and what a collection you now have

Really nice job.
Videos of the work would be awesome, are they on YouTube?
How does it ride?

Beautiful...so how does she ride?


al-onestare":f1jyfez7 said:
Beautiful...so how does she ride?
Click to expand...

NOT RECOMMENDED for children over 40...much less 50.

al-onestare":37vvy3m9 said:
Beautiful...so how does she ride?
Click to expand...

Heavy as f**k and stiff as Hell.
Click to expand...

This is why nothing beats retrobike.
You must log in or register to reply here.