Some of you may have seen this briefly in the FS section a couple of weeks ago. I took a punt based on the one photo that was posted....

After exchanging PM's with the seller (and confirming that he was happy to let it go for the asking price) the deal was done.
Some photo's of the bike as purchased..... 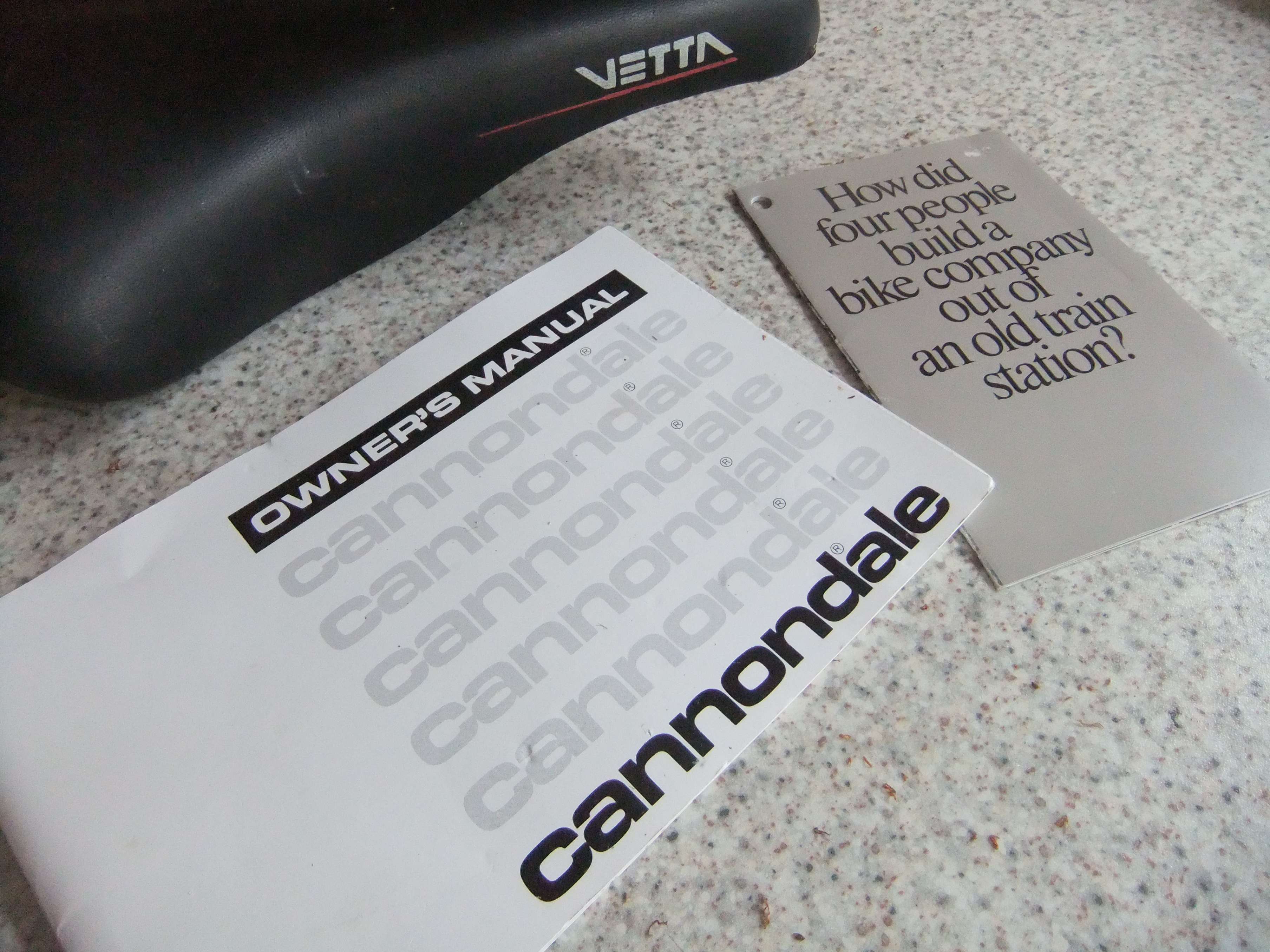 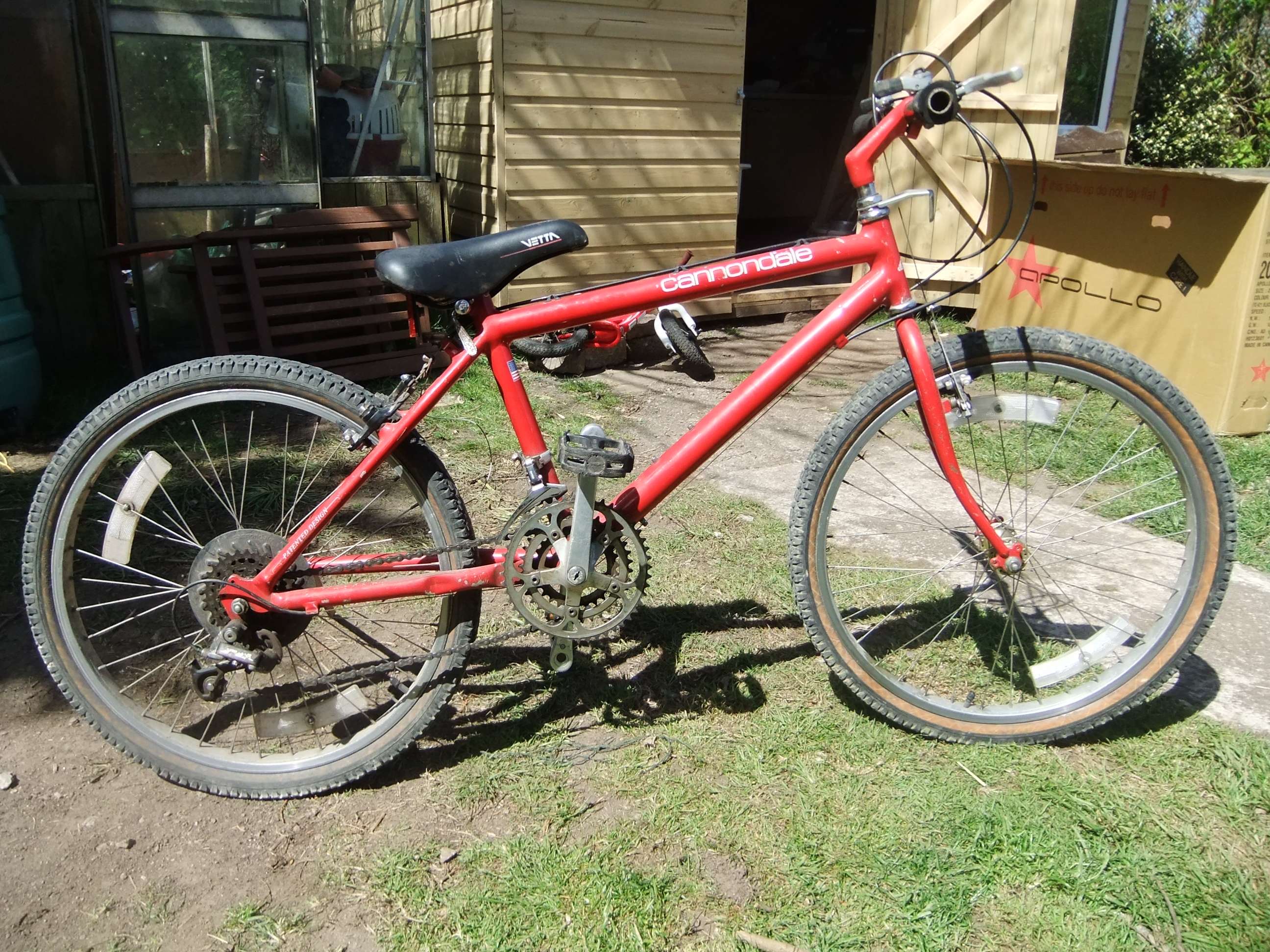 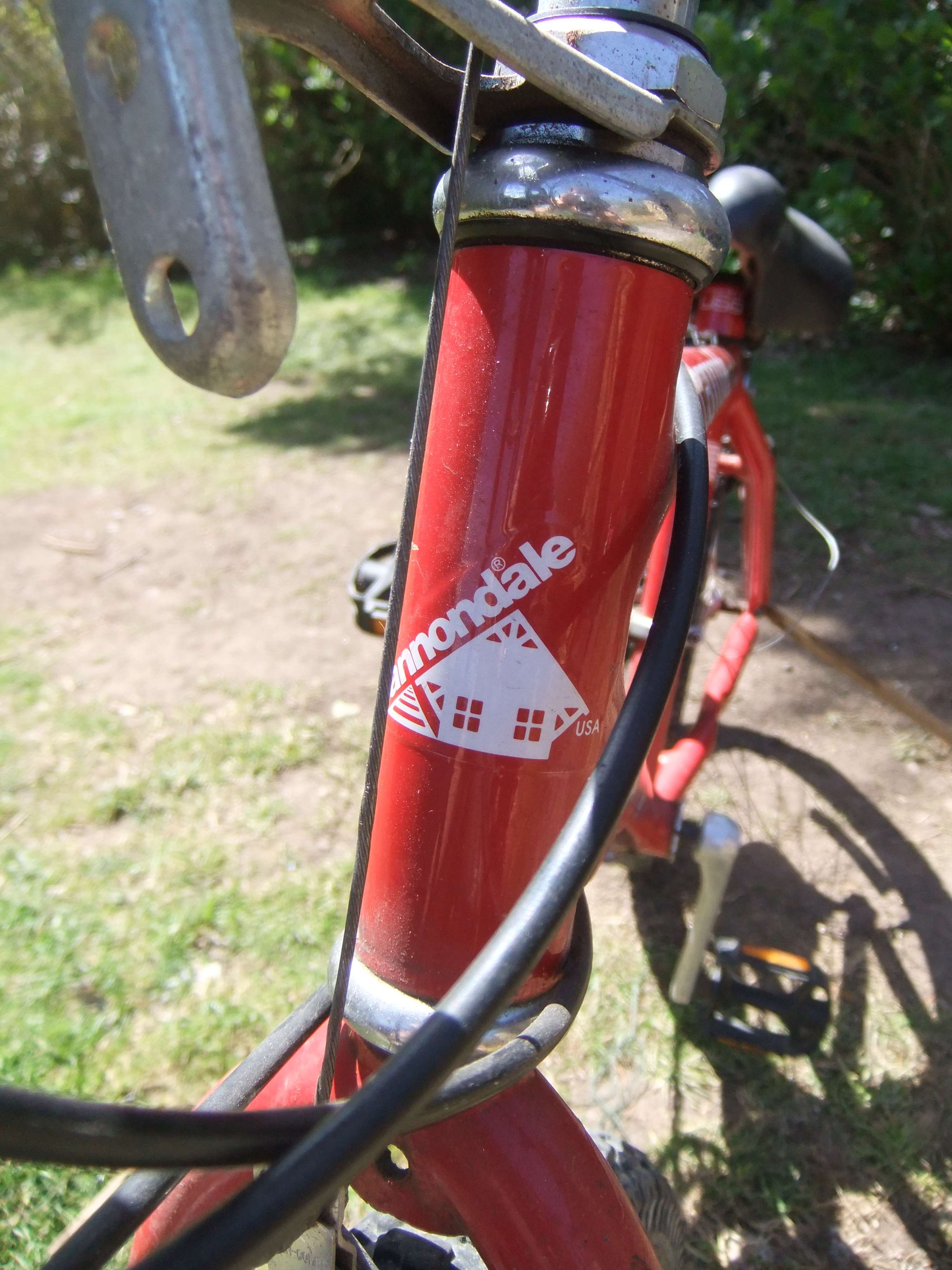 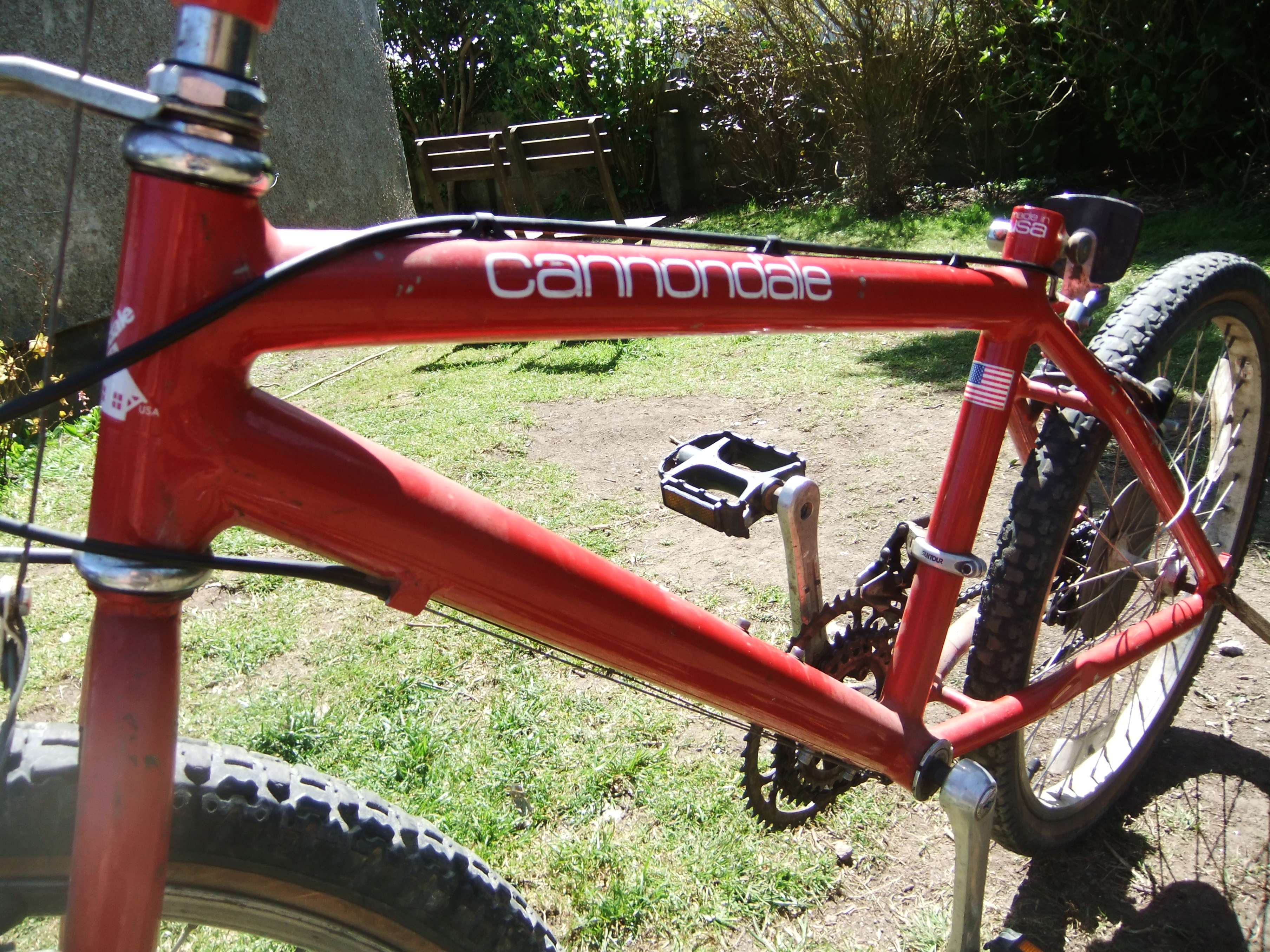 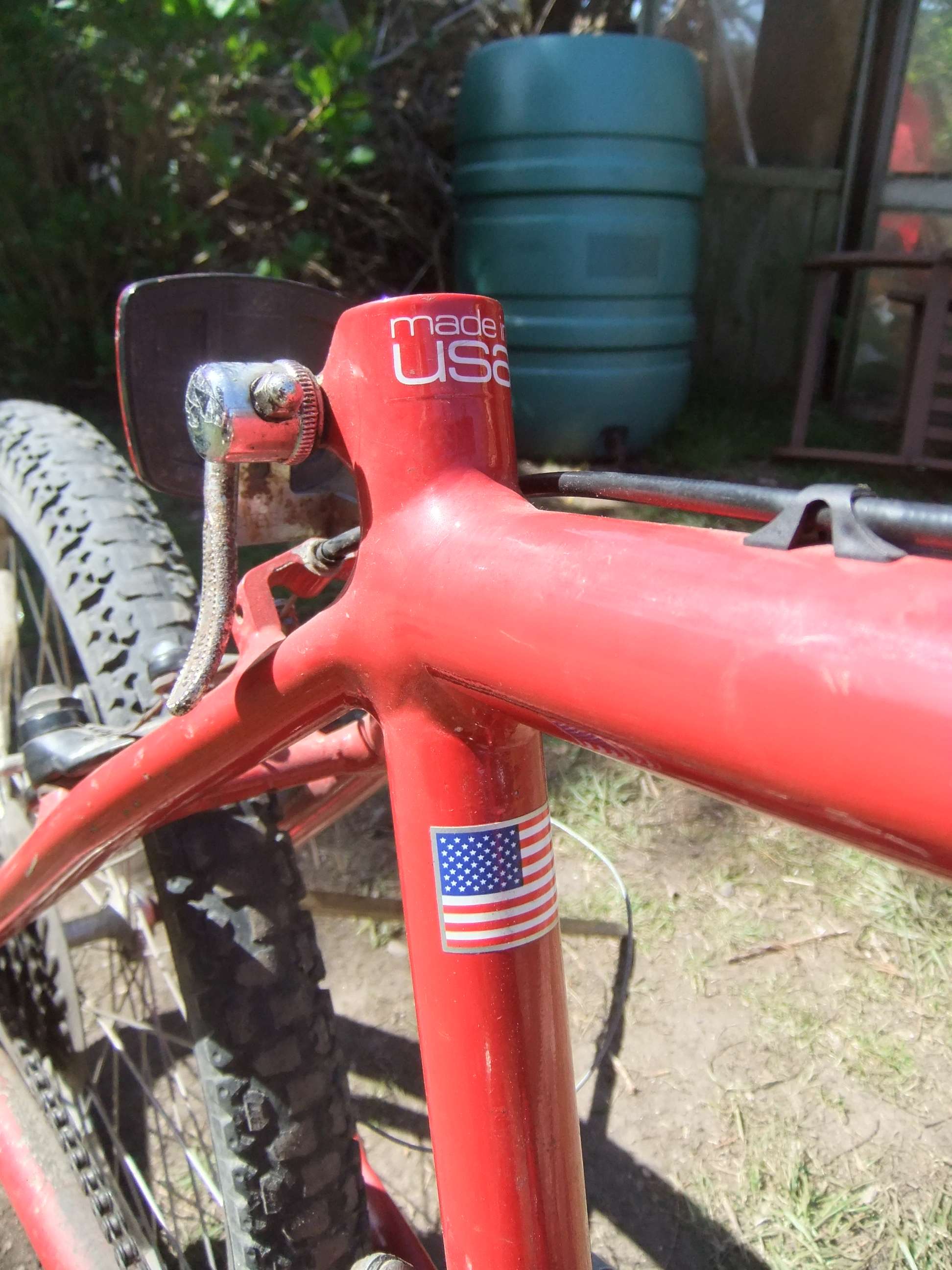 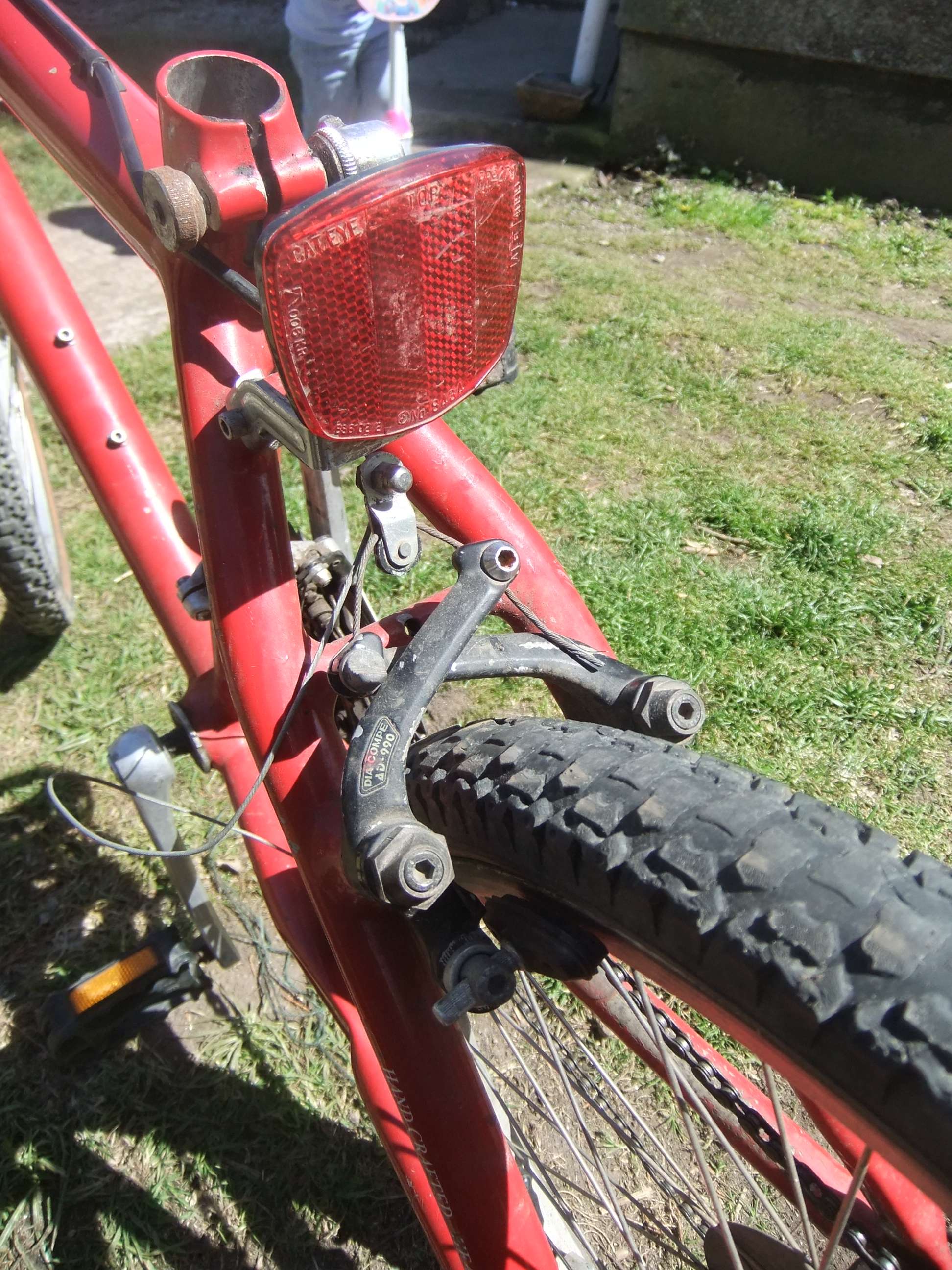 The frame number 16082388003 confirms it to be a 1988 frame but the components are a little earlier. I thought the frame may have been replaced under warranty at some point but the seller says that it was purchased as a brand new complete bike from the USA :?
Even at 5'7" I think that the 24" wheels and 16" frame may be a bit on the small size for me but it will have to do until I find what I really want (24"x26" or an 88/89 Red Shred - when you're ready to sell Ant ). The 1988 and 1989 Cannondale catalogues were some of my most drooled over at the time and some 25 years later this is the first one I've owned so to say I'm happy with it is an understatement
I need a suitable 27.2 seatpost, new LH crank arm or complete chainset and new tyres and cables but other than that I'm hoping everything else is salvageable. 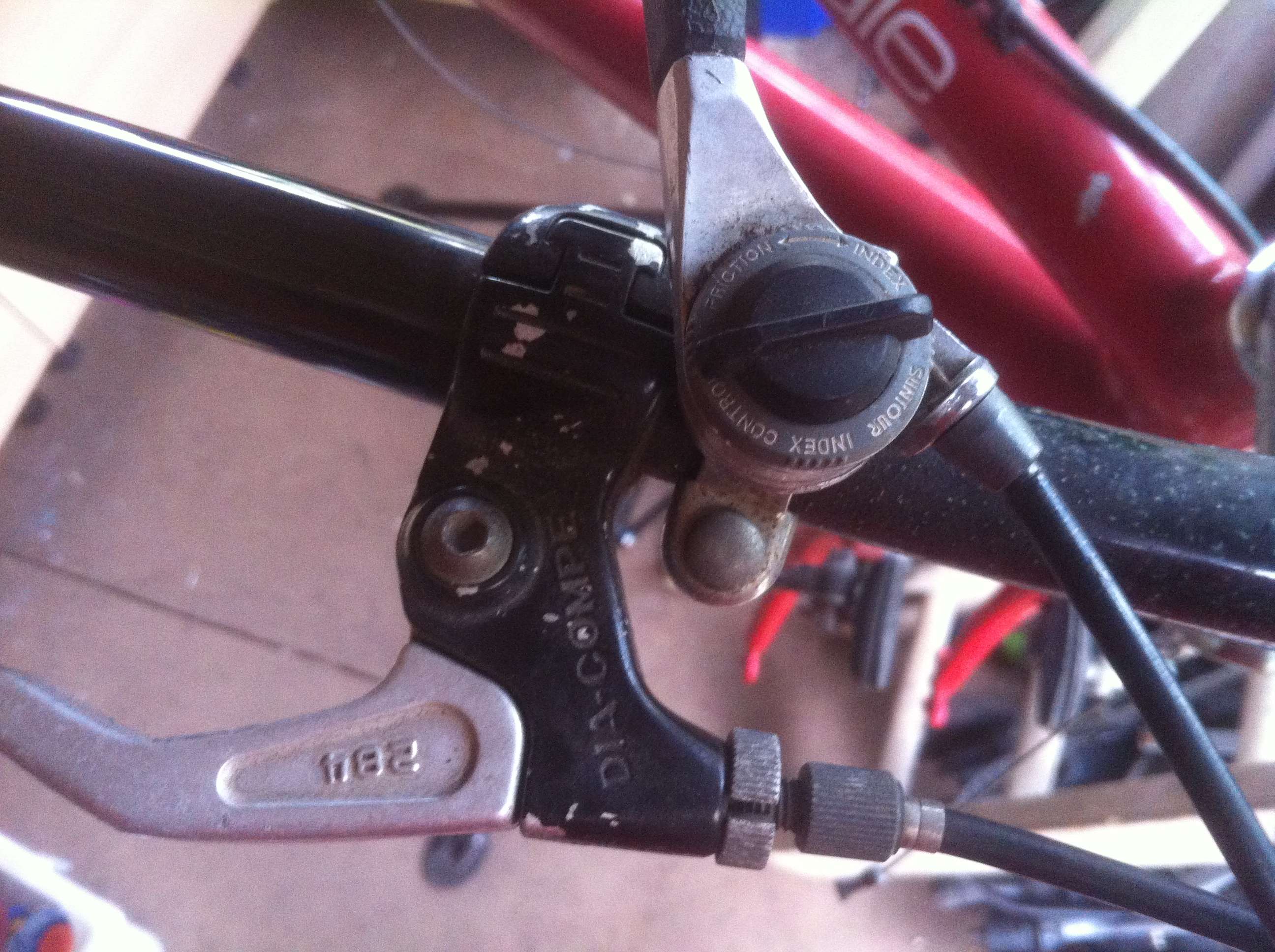 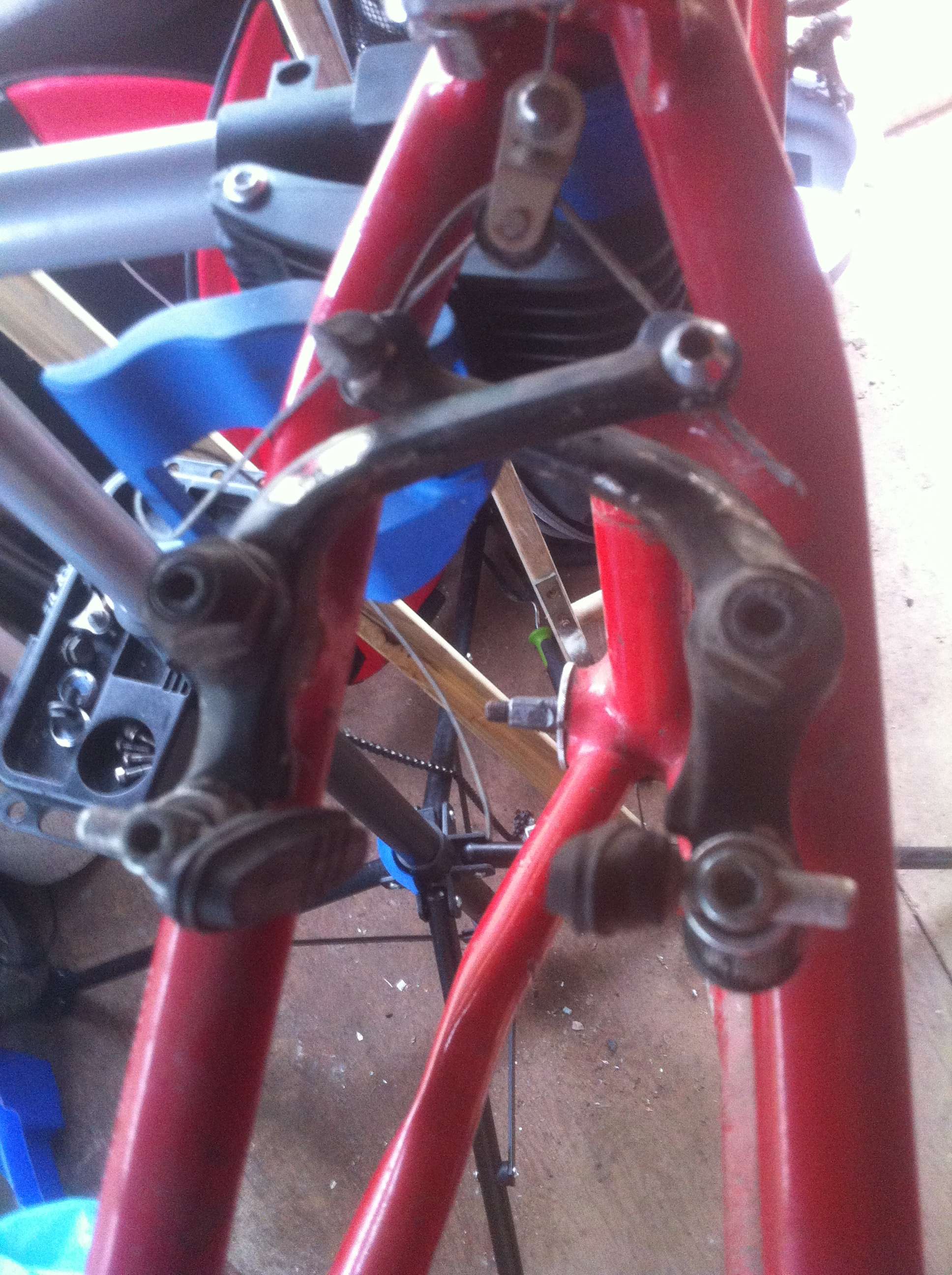 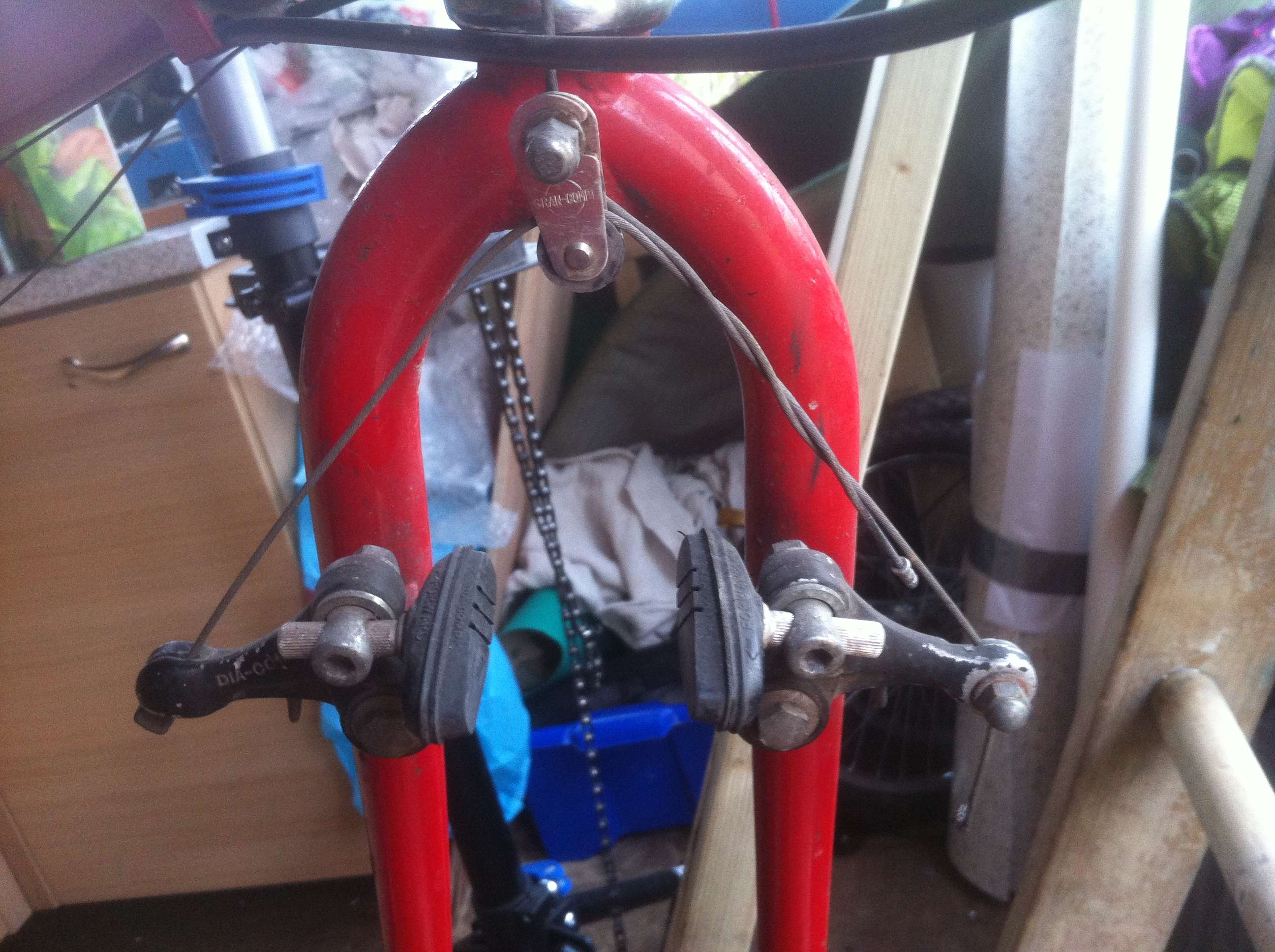 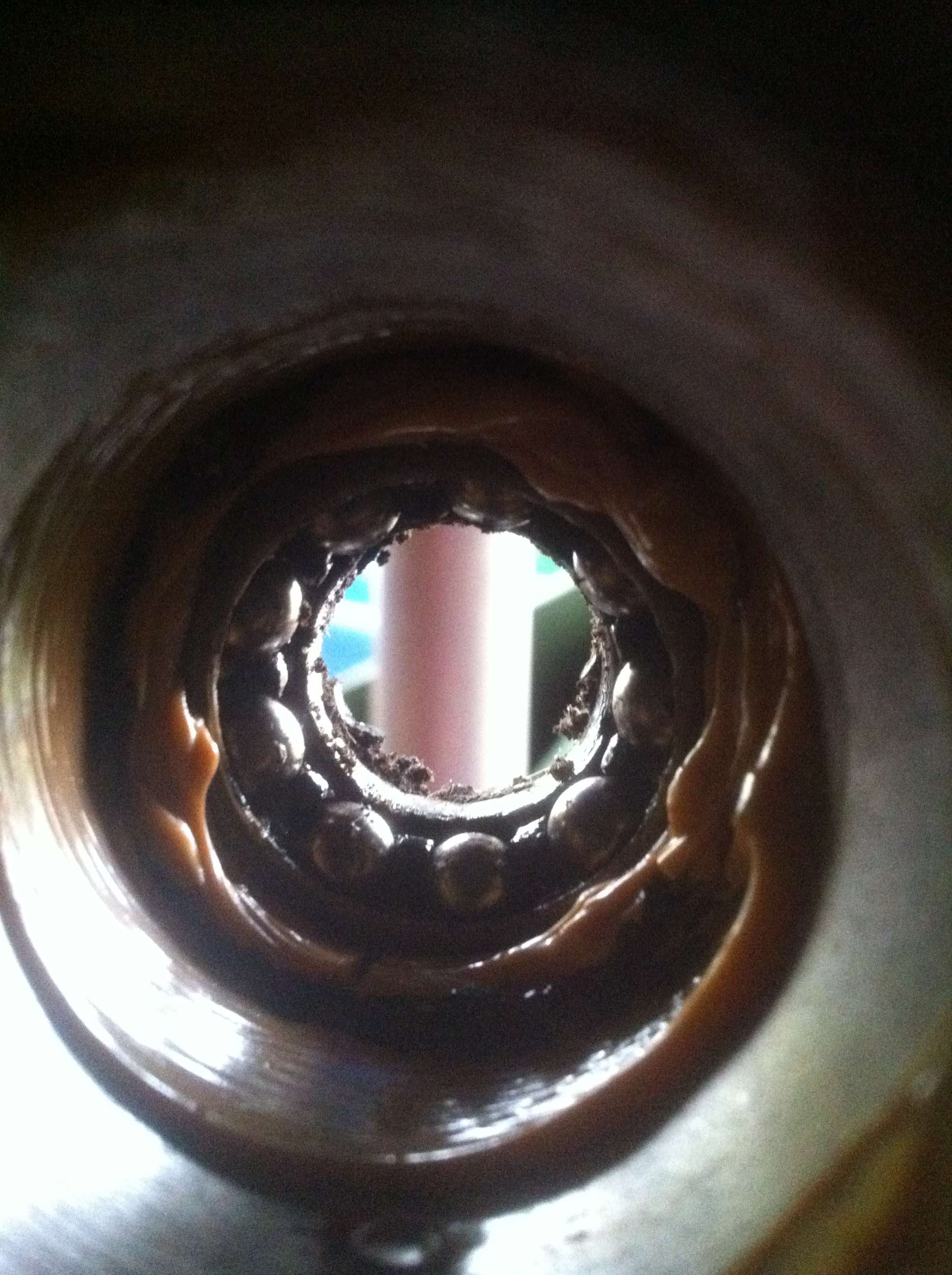 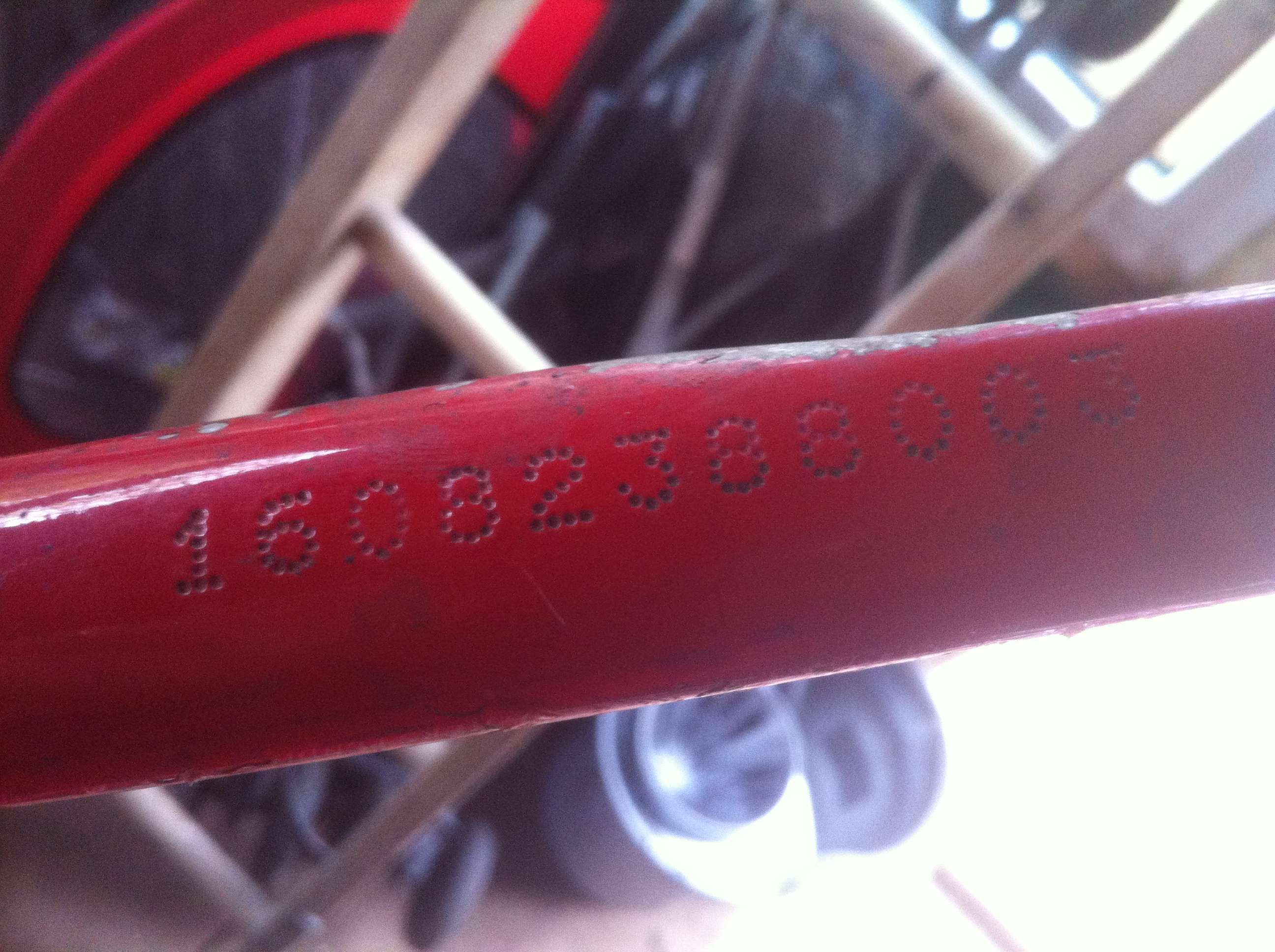 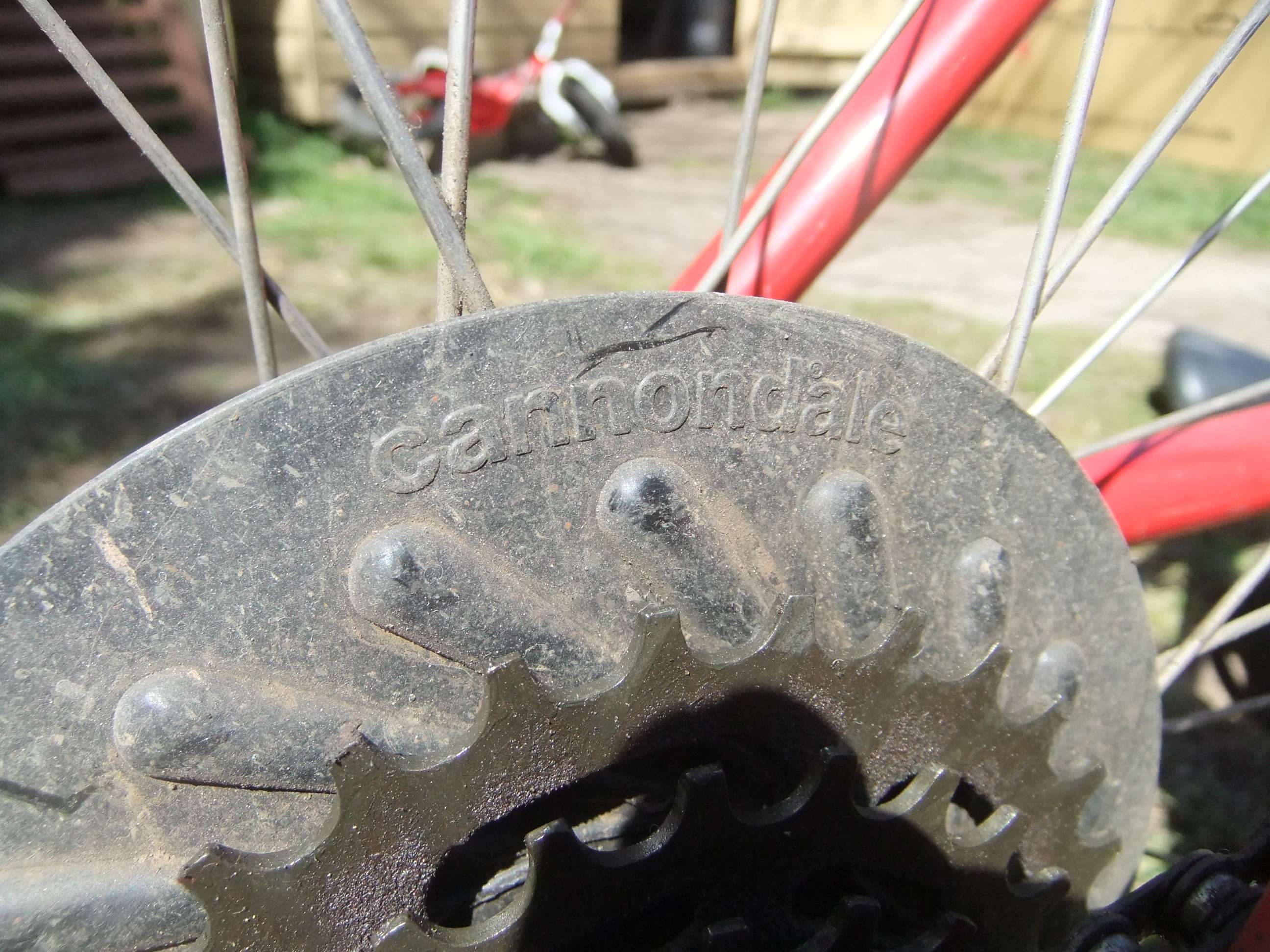 Superb, well scored on that one :mrgreen:

A couple of hours cleaning and polishing today has worked wonders.... 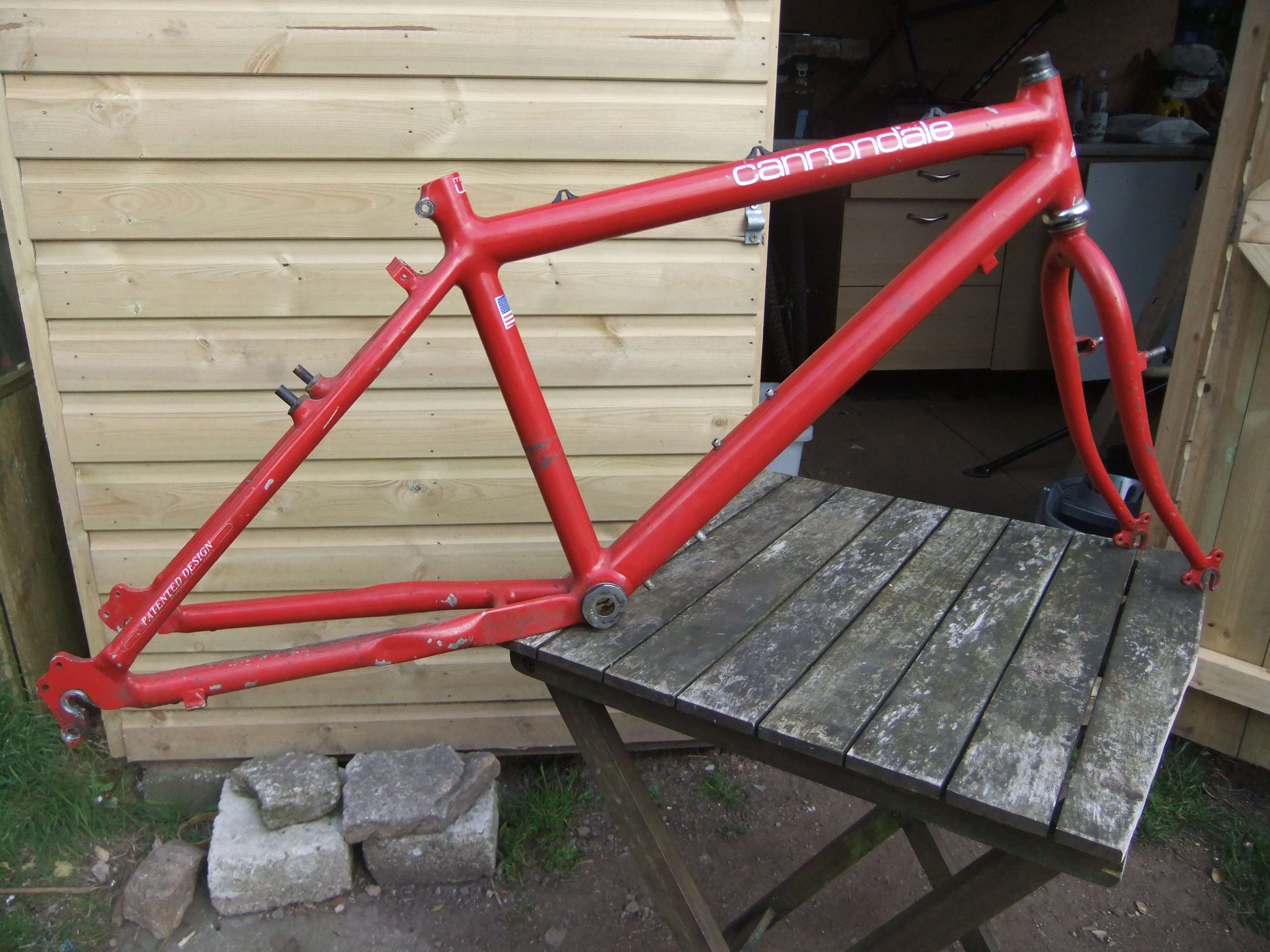 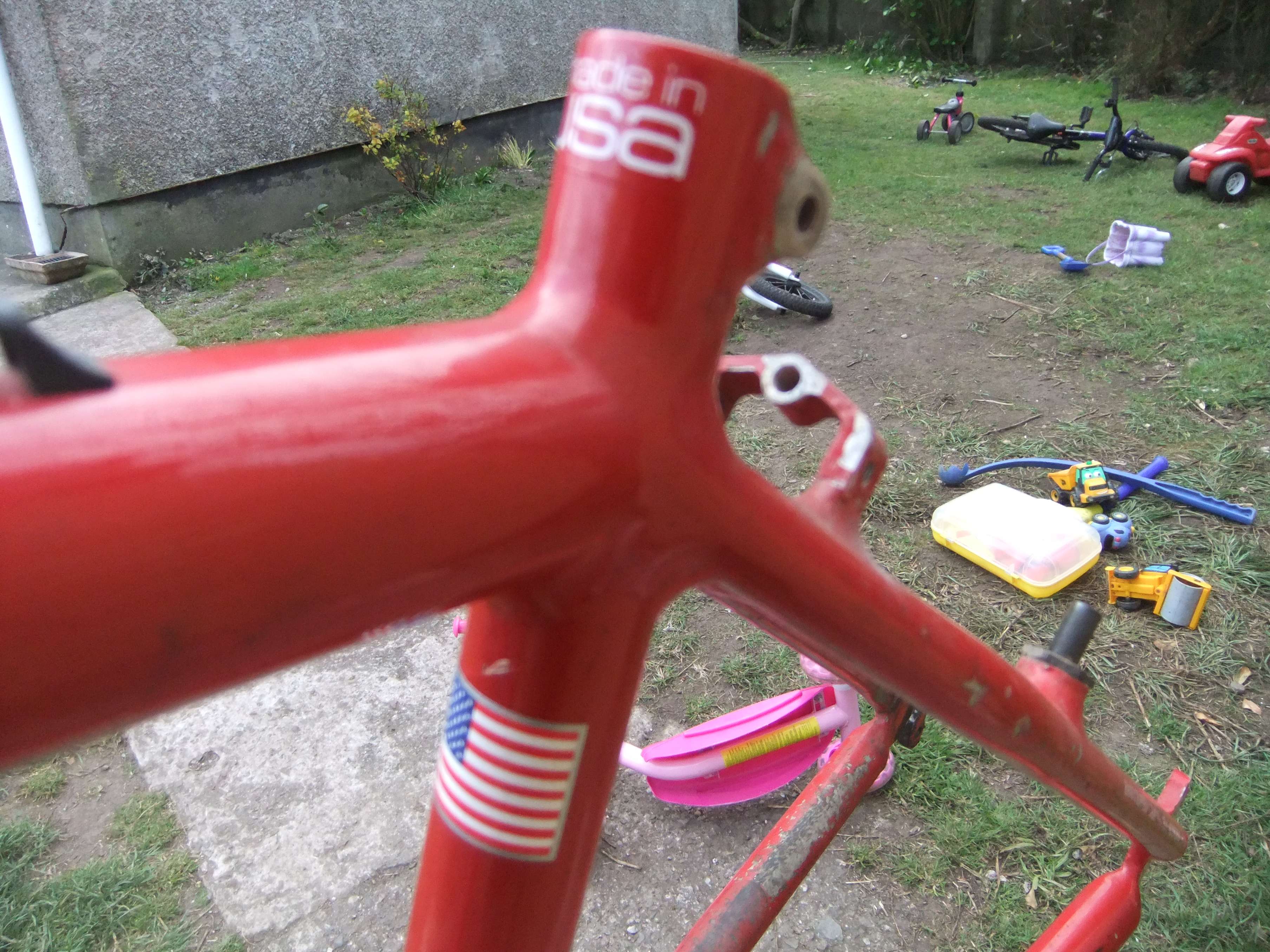 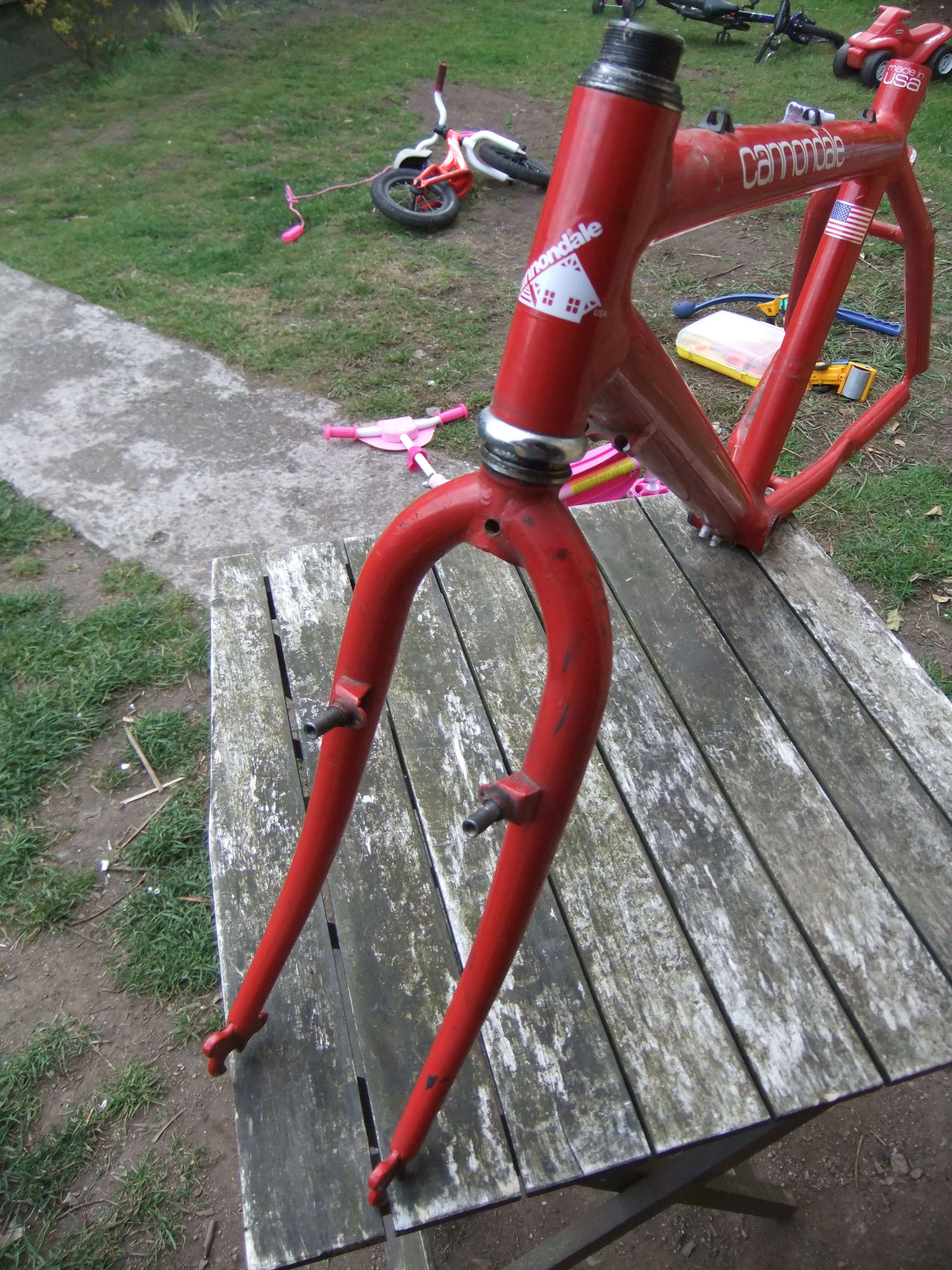 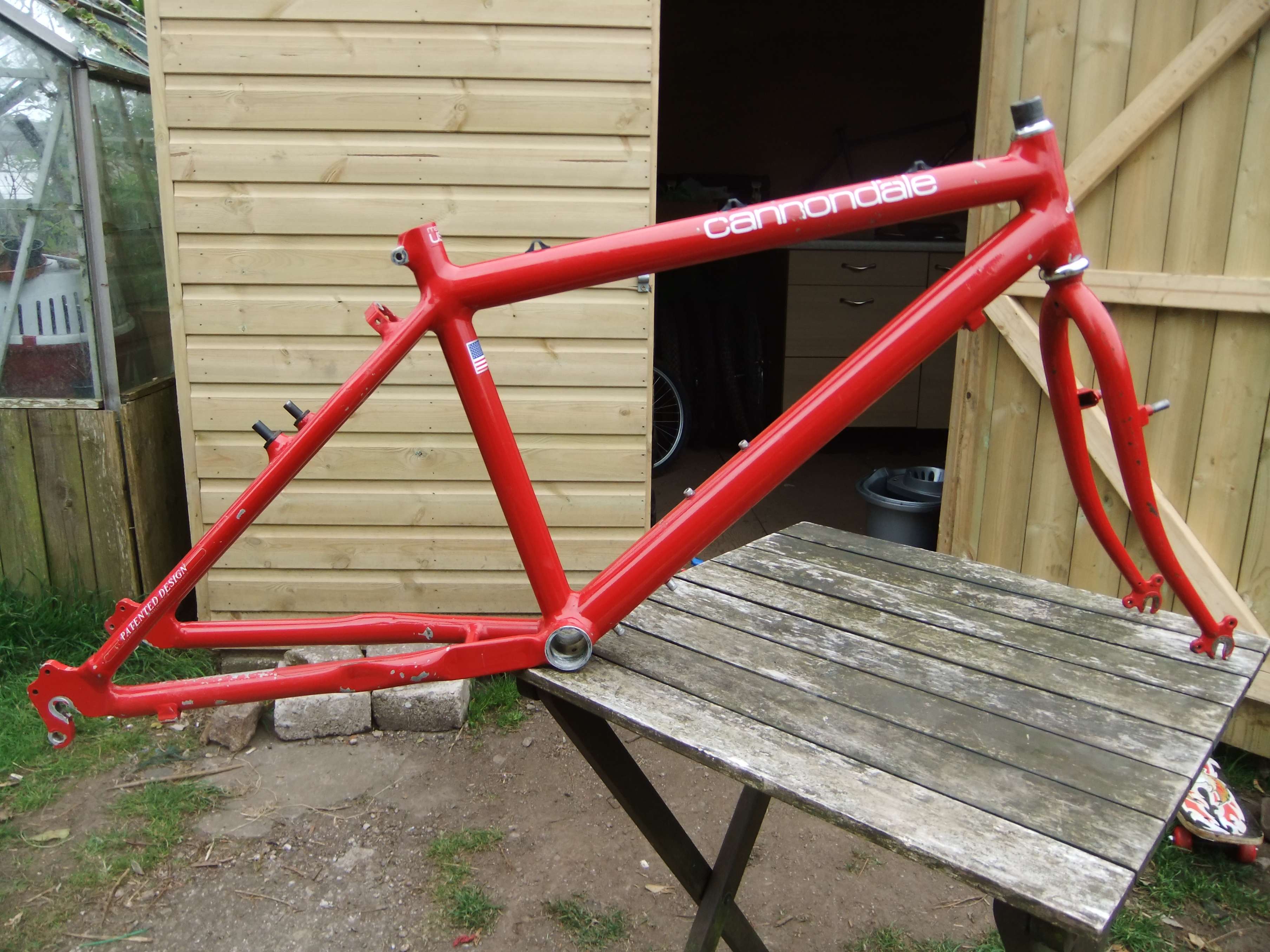 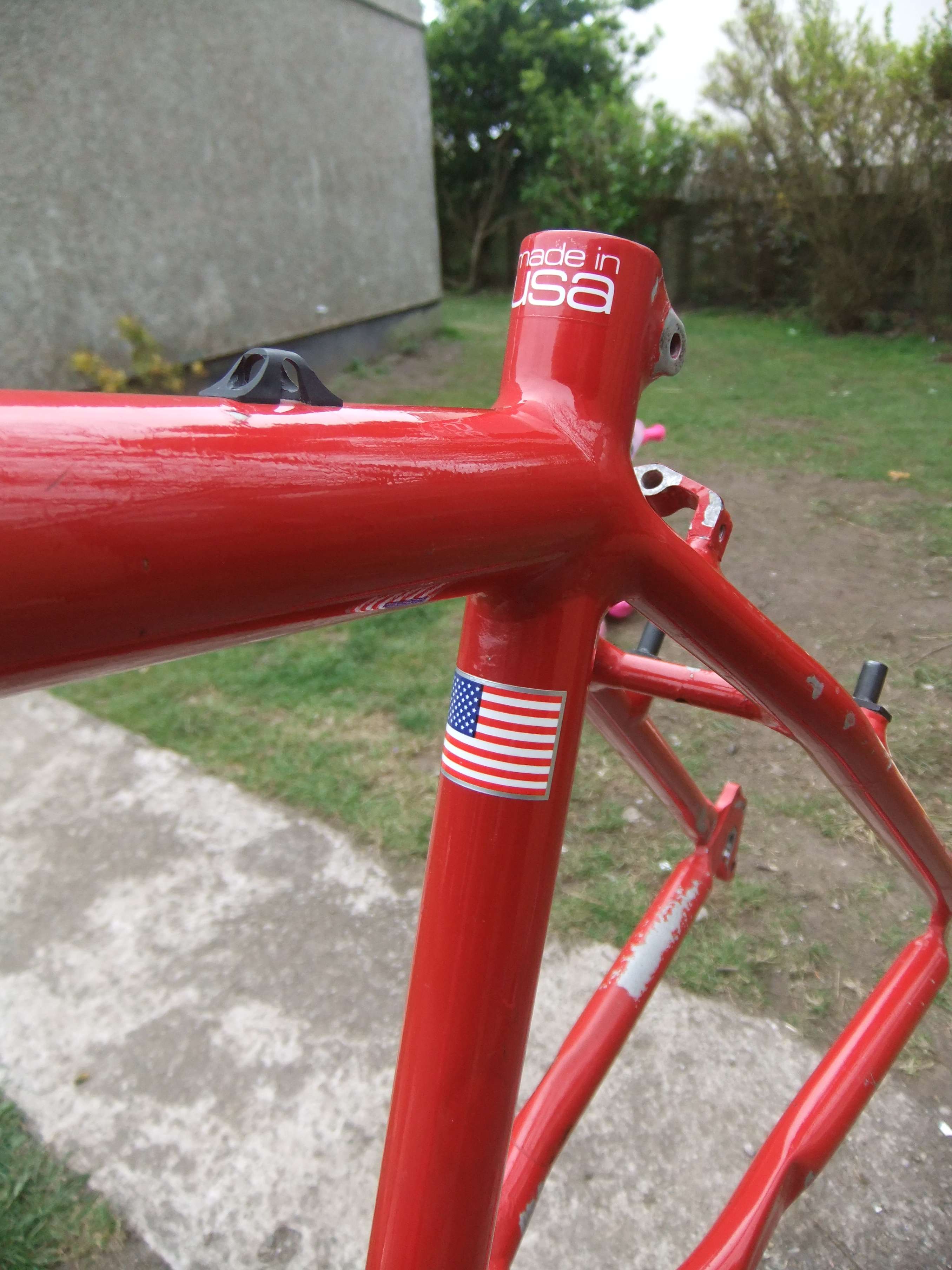 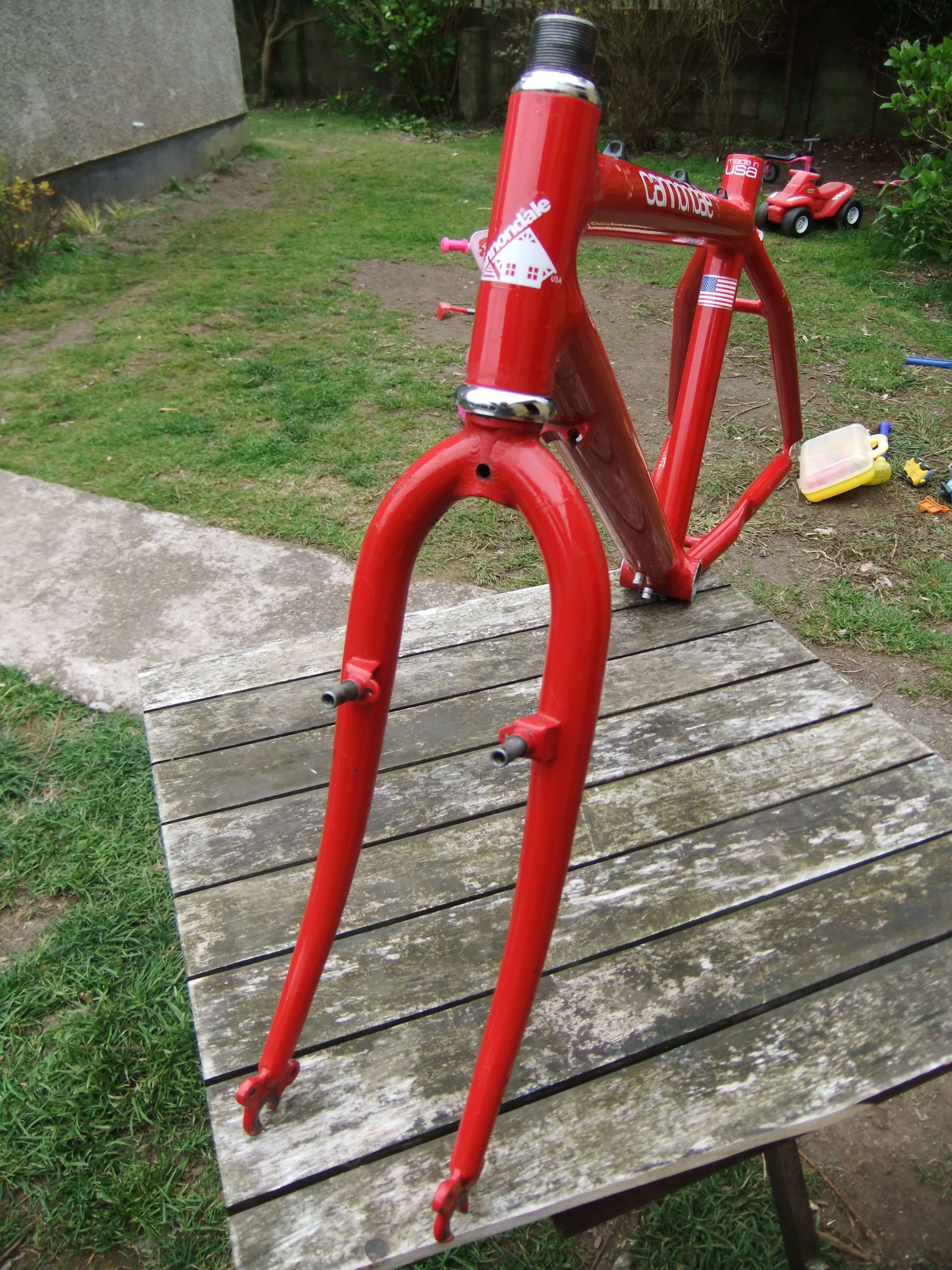 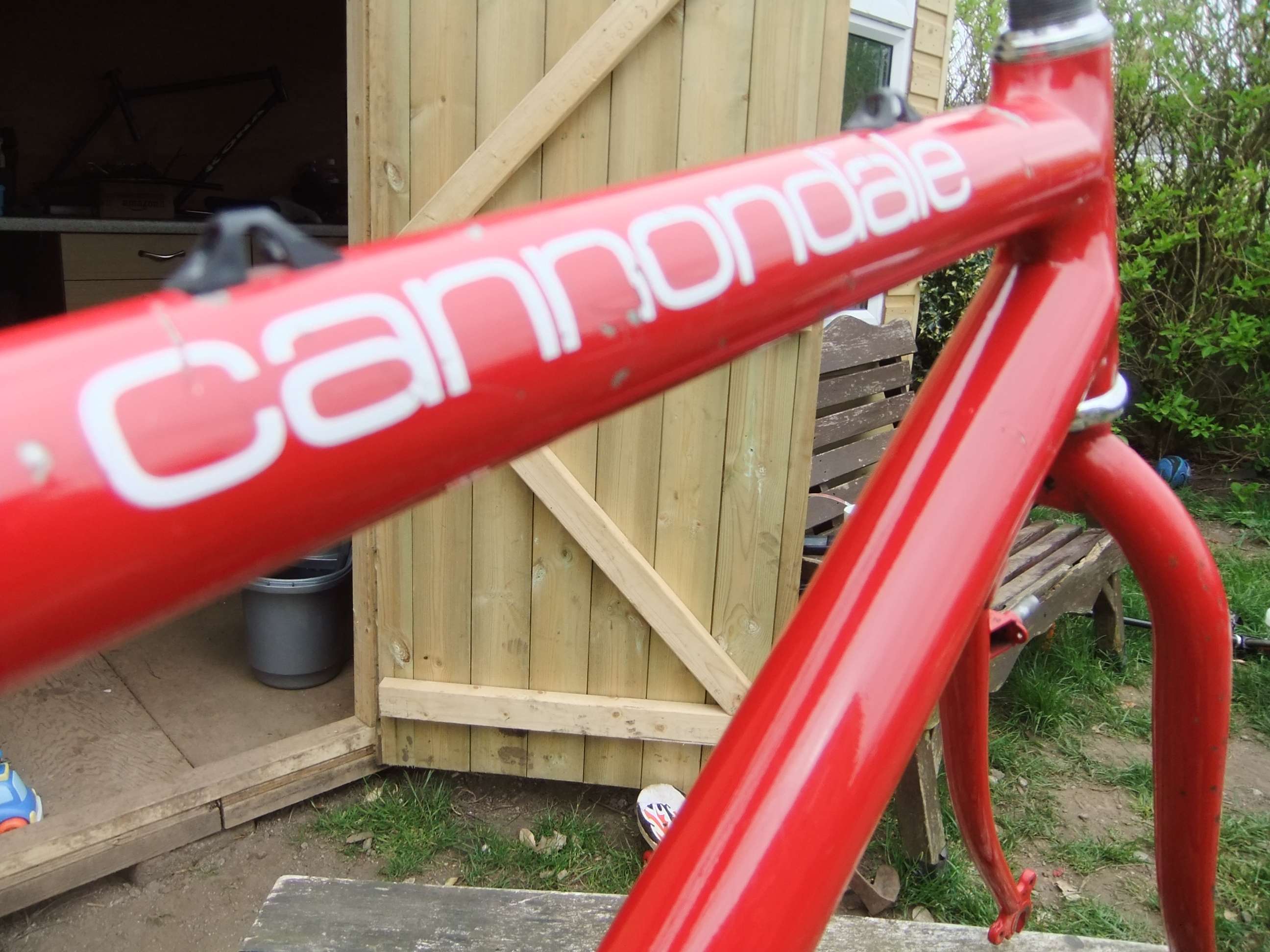 Love that and another retrobike saved! Easily one of my favourite headtube badges of all time! One day I WILL visit that lil' station in Connecticut

Thank you sir, you're second in the queue!
R

hi
i just stumbled on this thread searching info on my new '85 cannondale.
isn't in as good a condition as yours though.
looking forward to seeing what you do with it.
we can compare notes.
roy


Retro_Roy":1whed8xo said:
hi
i just stumbled on this thread searching info on my new '85 cannondale.
isn't in as good a condition as yours though.
looking forward to seeing what you do with it.
we can compare notes.
roy
Click to expand...

Mine isn't getting too much work. Most bits will just be stripped down, regreased and polished but there will be a few new parts fitted. It's not in the same league of retro as yours although it does have parts that are older than the frame. I'd be interested to see some close ups of your rollercam mounting plate as I recently decided against buying a 85/86 as I didn't want the bmx caliper on the rear.
You must log in or register to reply here.