Worthy project, well done. I have an '89 Ascent, love these bikes.
C

Thanks to all for the kind words

I really enjoyed this one and very happy with the finished product. Had a chance last weekend to get out on a proper ride in fairly dry conditions and it did not disappoint. I really could notice a difference in the feel and ride. These bikes from 87' and older being longer wheelbase geometry, bit slacked steering. The chainstays are only about 1/2" longer but the steering/trail is about 1" longer compared to my 90s bikes. My circuit includes two very steep climbs which I managed to pull off. My early to mid 90s MTBs handle the climbs a bit better but the Ritchey really shines on the (smooth) downhills and flowy stuff. Super happy its back in my stable and will go into my rotation. Here's a couple pics. Note the beautiful views of Burrard inlet/North Vancouver around Confederation Park and Capitol hill in Burnaby 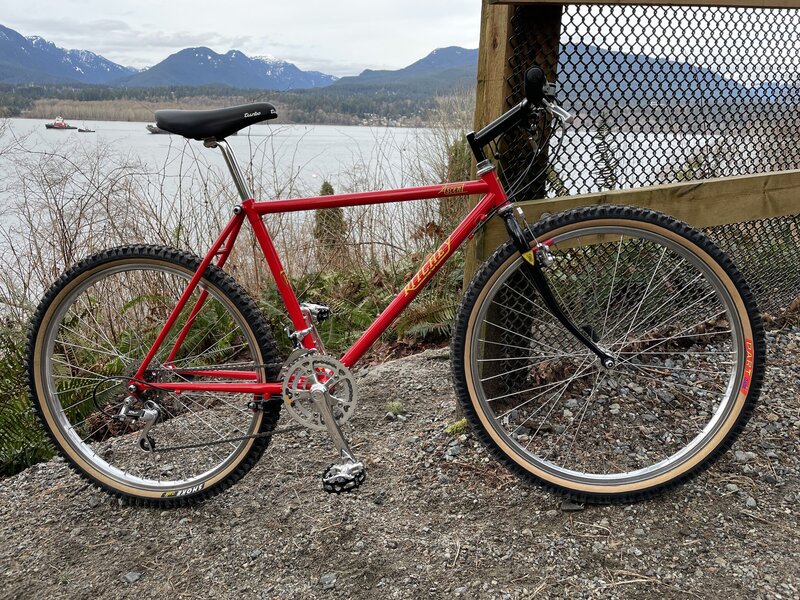 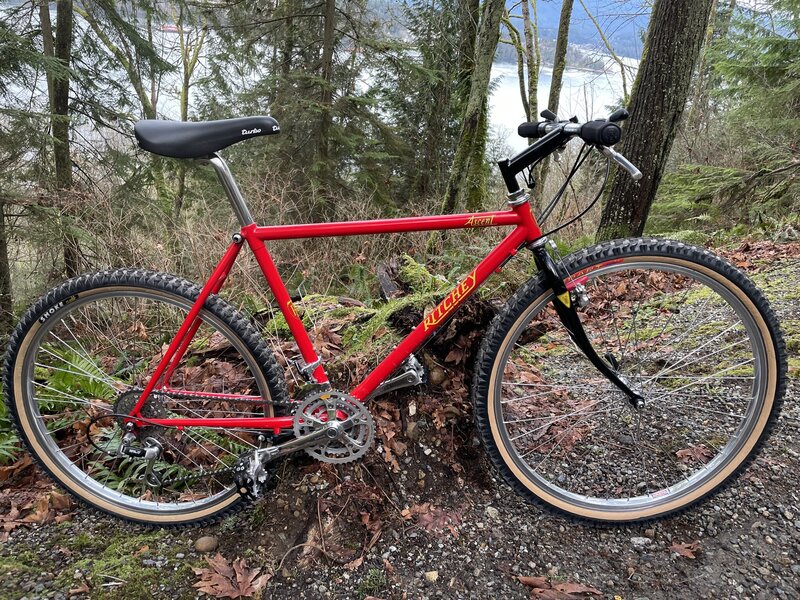 Fat Chance Fan
This is what pops up in my head when I think of a "mountain bike". Prototypical, no frills, purposeful. I love it!

Are the headset and seatpost clamp NOS?

What pedals are you using in the last pictures?
C

Are the headset and seatpost clamp NOS?

What pedals are you using in the last pictures?
Click to expand...

Thanks Jaychen! Headset looks NOS from the outside but it's seen some miles. It came off the Diamond Back Arrival I used for a lot of the donor parts along with the wheels, etc. Unfortunately the headset races are a little pitted but not too bad, feels plenty smooth while riding.
The seatpost QR is not Shimano except for the aluminum nut. Note that all QR nuts have new O Rings sourced from ebay that are slightly big but a pretty good fit, a thin layer of vinyl electricians tape underneath keeps them from rotating while I ride . The XT QR pulled from the DB has a bolt that is way too short for that cool Ritchey fast back seatstay arrangement. I'm sure there are longer bolt versions but I had a same period copy version that looks almost the same with a long enough bolt which I used after trying to source one with no luck.

Love this, looks excellent out there in the wild!
You must log in or register to reply here.

A little extra overview of the start of mtb in the 80s.