I bought this frame a couple of years ago and it took me ages to get round to doing a proper build with it. 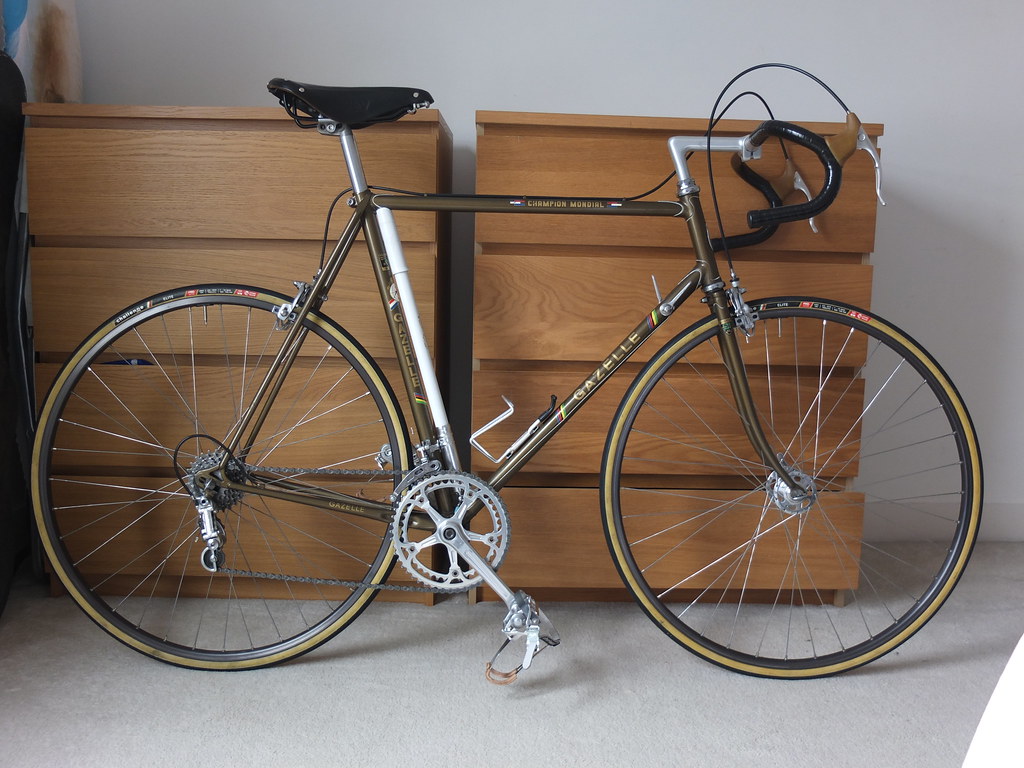 A couple of things about the frame are unusual, there's a site that lists Gazelle's colour options for each year, and this sort of tobacco brown isn't on it.

The frame and fork have matching numbers, yet the fork crown is the time trial one, which doesn't belong with the Champion Mondial frame.

Owing to a mix up with click and collect at Argos, I ended up getting the frame for less than £100.

There is one issue with it where a previous owner made a bungled attempt at facing the bottom bracket shell - when I got it there was at a noticeable angle! I re-faced it to straighten it up, but had to take quite a bit of material away, so it now has a 66.5 mm shell :shock: . A slightly thicker lockring does the job, but there's still a couple of threads showing. 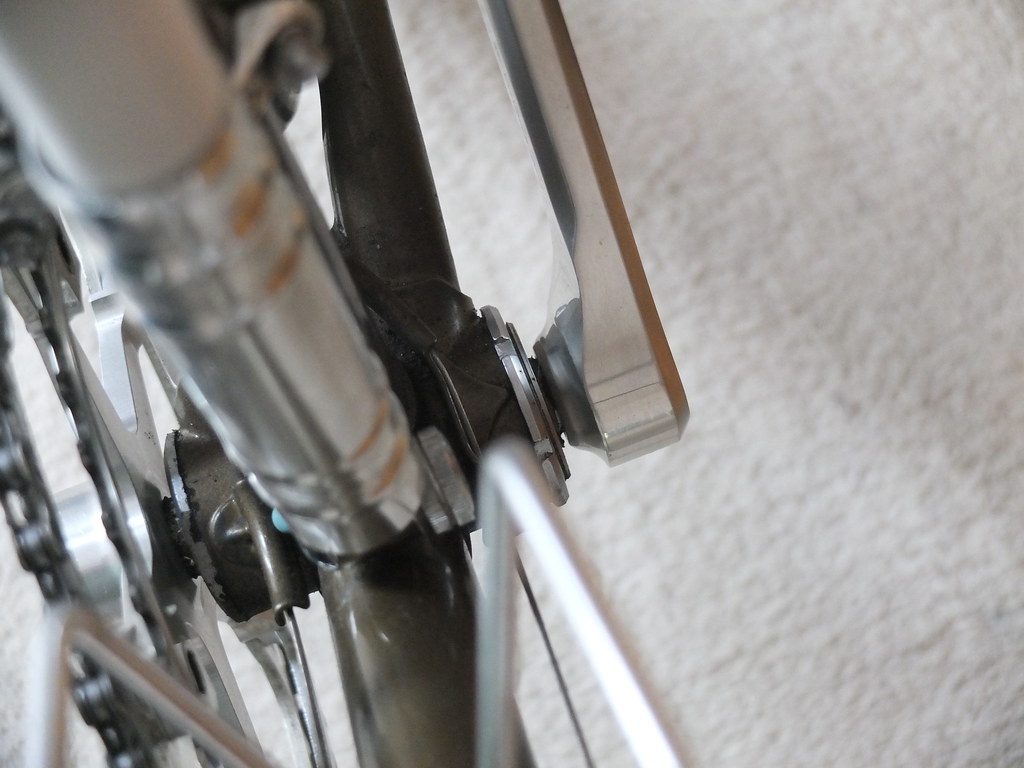 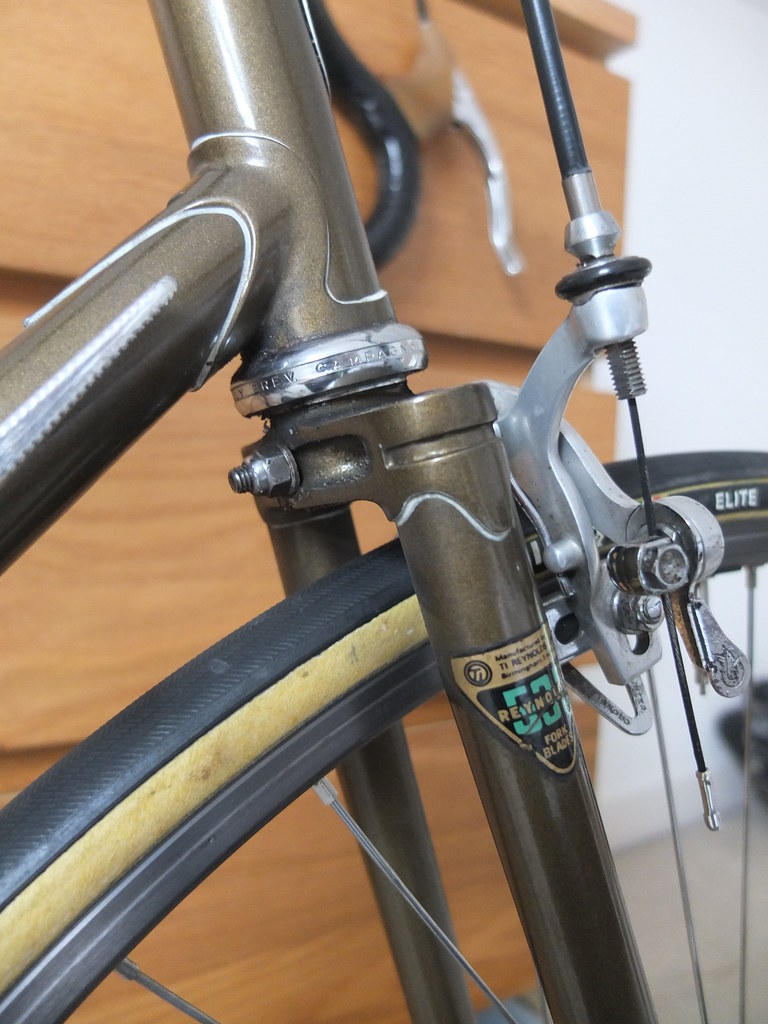 Todo list:
Maybe put some silver rims on it, I've been looking out for some Mavic Module E or MA2 rims, I think they might look better.
Put a 52t outer chainring on it instead of the 50t.
Find some Campagnolo toe-clips to go with the Record pedals I have and put those on it. 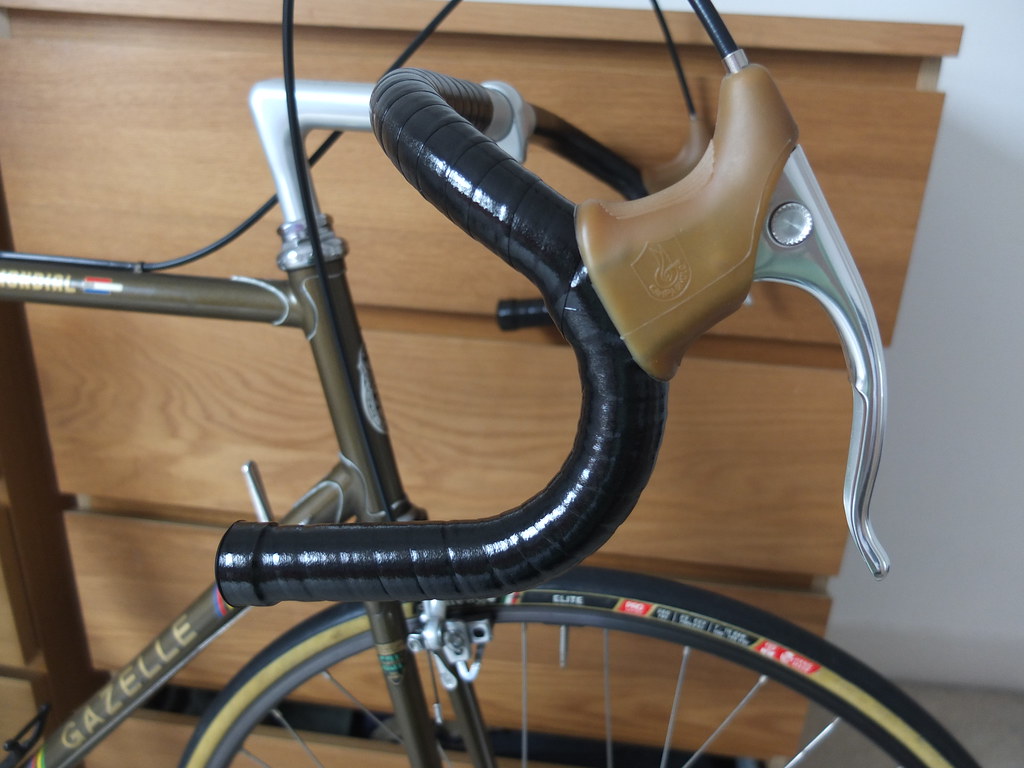 Thats nice that is.

I'd be happy with the wheels as they are buts thats me.

My own one of these was so riddle with rust that I had to scrap it.

Thanks. Yeah, I'm in 2 minds about the wheels.

Shame yours rusted, they ride nicely. That's dirt on mine by the way, should have given it a good wipe down

Lovely, I think the dark rims really suit it
You must log in or register to reply here.