rBoTM Triple Crown
rBotM Winner
I picked up a couple of scruffy steel framed machines yesterday. The guy that owned them had posted pictures of them on the Facebook vintage bikes group and asked for opinions on value where he of course got a very wide range of answers. As he was local I asked what he actually wanted for them and a deal was done. 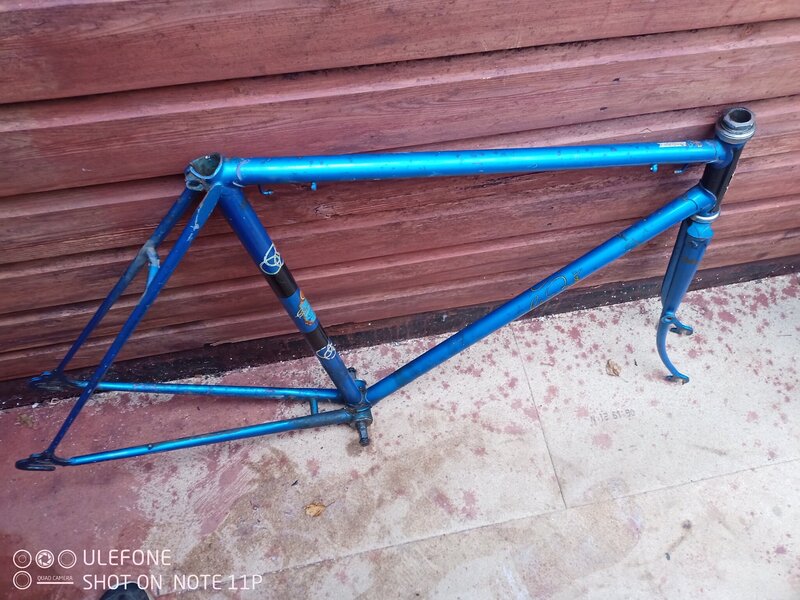 Both were in a very sorry state with the better of the two having no original parts on it and the 2nd having a few of its original parts but with all of it being in a pretty grubby and corroded state so I'm not surprised that they weren't correctly identified and were talked down with such descriptions as entry level by some.

Neither bike should ever be described as entry level as both were pretty much in the middle of their respective manufacturers ranges. The bikes were a Claud Butler Challenge from 1961 (made under Holdsworth ownership) and a Falcon Super Route of similar vintage. Both have Reynolds 531 frames (although plain gauge and main triangles only).

The Claud Butler frame is typical of the quality they produced at the time and as such deserves to be built up with some decent components. The Falcon will sit for a while yet.

Looking through my boxes of bits I haven't got a lot that's really correct vintage wise as its a bit before my area of interest, although GB Coureur 66 brakes, GB brake levers, GB bars and stem, Birmalux seat post and the Brooks saddle from the Falcon (which needs a lot of elbow grease) should be a good start. 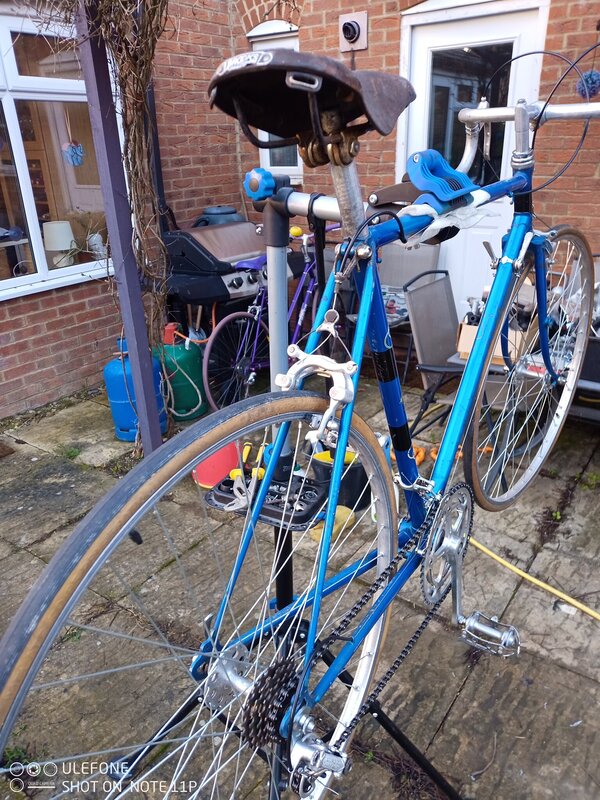 For the rest I feel a smattering of 70's Campagnolo should fit the bill, I've had a pair of LF Campag hubs that I built into a pair of Weinmann rims sitting about for years so they've finally found a home as well. 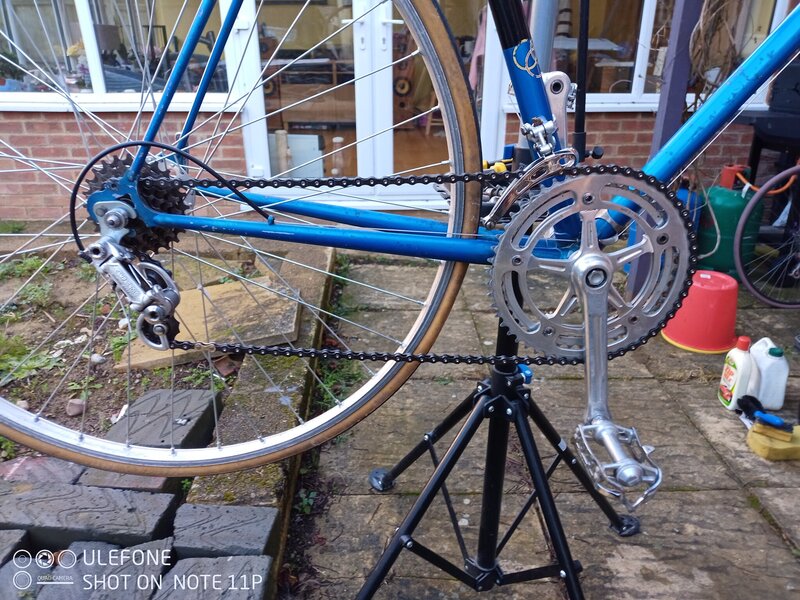 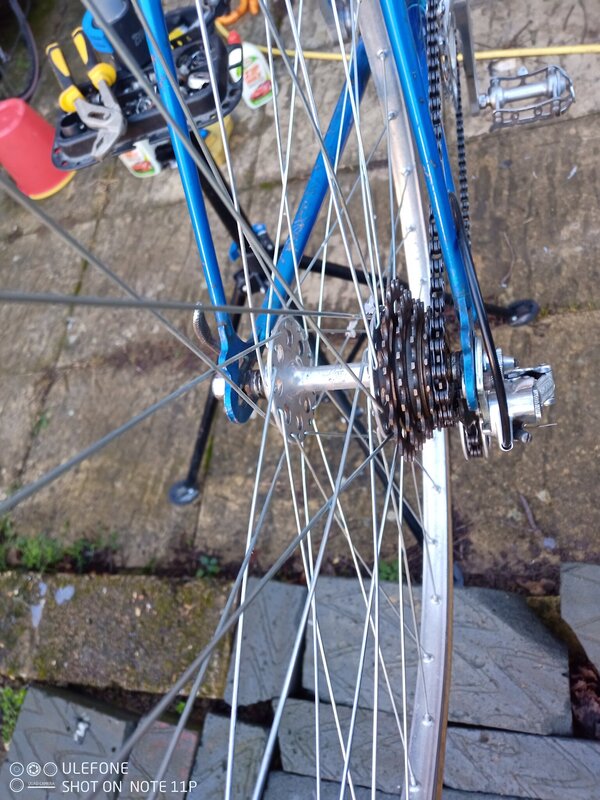 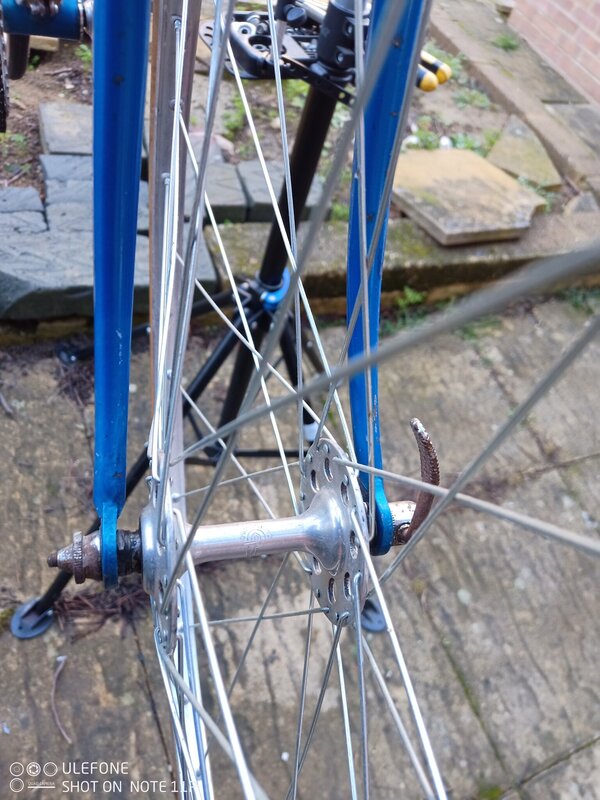 So no build thread as such as I was just trying it all on for size but a load of pictures but I will add to this one as I go. There's a fair bit of polishing needed and a few finishing bits plus some new tyres but I'm hoping to get out on this one by the time the nice weather returns. 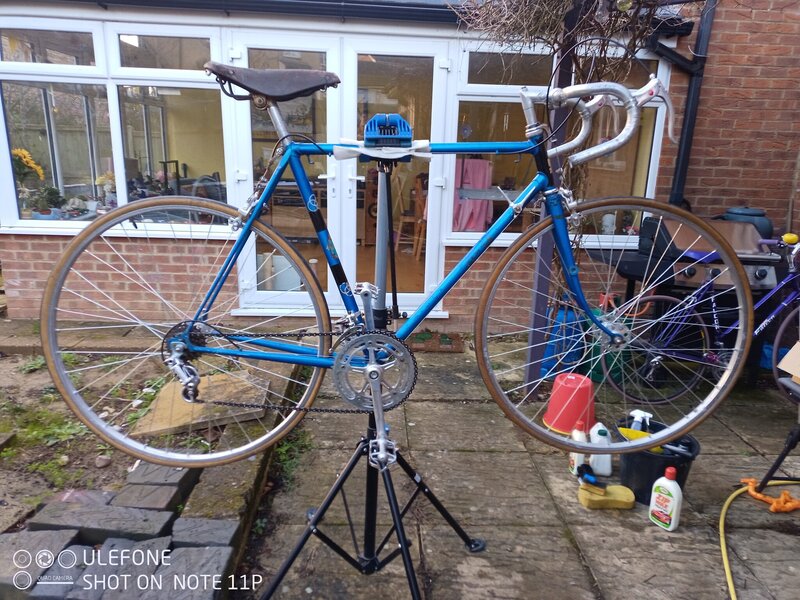 Frame wise I know some would just clear coat over it with the old "its only original once" statement but its just that little bit too scruffy for me and I feel it deserves to shine properly rather than just protecting the scruffiness so it might or might not get the full treatment, I'll finish building it up and see how I feel after I've lived with it a while.

That looks like it will build up really nicely as it is, as you're showing.

Jamiedyer said:
That looks like it will build up really nicely as it is, as you're showing.

I'm hoping so Jamie, Got to get my head round restoring a Brooks saddle now which I've not done before, although if I can just get it useable I'll be happy.

Updating my signature I've noticed I have quite a stable of Claud's now, five in fact which is only beaten in numbers by Falcon in my collection.
A

Hi,
I saw those too and thought they were a bit better than the disparaging replies suggested.
I preferred the Falcon (I know, I know, people don't like Falcons but my dad rode one and I had a Falcon BMX as a kid so have a soft spot for them lol) and would have gone for it if it were local.
Enjoy the projects. Glad they went to a good home.
Rich.

averagebiker said:
I preferred the Falcon (I know, I know, people don't like Falcons but my dad rode one and I had a Falcon BMX as a kid
Click to expand...

It needs a lot more work so will be a summer project but people don't like Falcons? You might want to check the number I have in my Signature.
A

allenh said:
It needs a lot more work so will be a summer project but people don't like Falcons? You might want to check the number I have in my Signature.
Click to expand...

Sorry I am not the greatest with technology, what number in your signature? Do I take it you also like Falcons?

Signatures don’t show on mobiles in portrait, only in landscape mode. (See below screen grabs)

Thanks peachy, everyday is a school day

averagebiker said:
Sorry I am not the greatest with technology, what number in your signature? Do I take it you also like Falcons?

averagebiker said:
Thanks peachy, everyday is a school day

I'm pretty certain Peachy has qualifications in the field of education that he's not telling us about but yes I often forget people use phones for the internet which limit what you see so apologies for that.

And yes life long fan of the Falcons up to and including those form from Brigg here, and with the Super Route that makes six
You must log in or register to reply here.